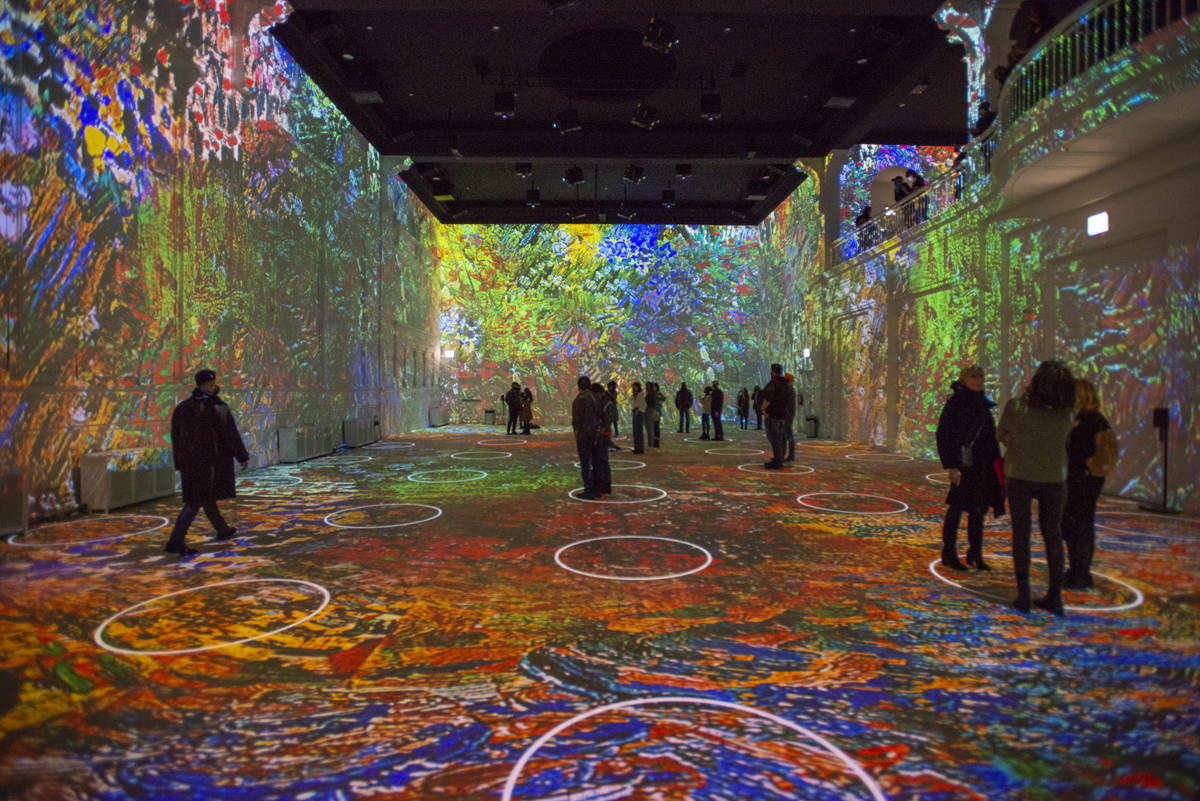 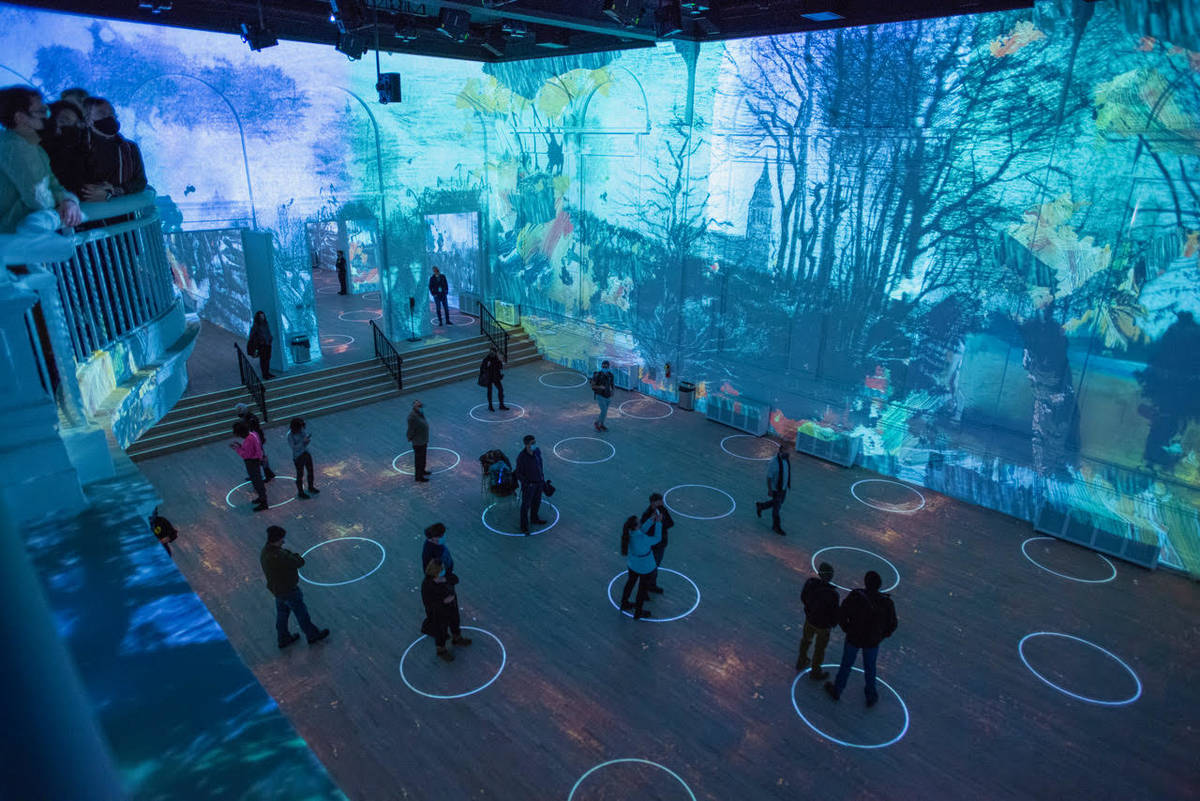 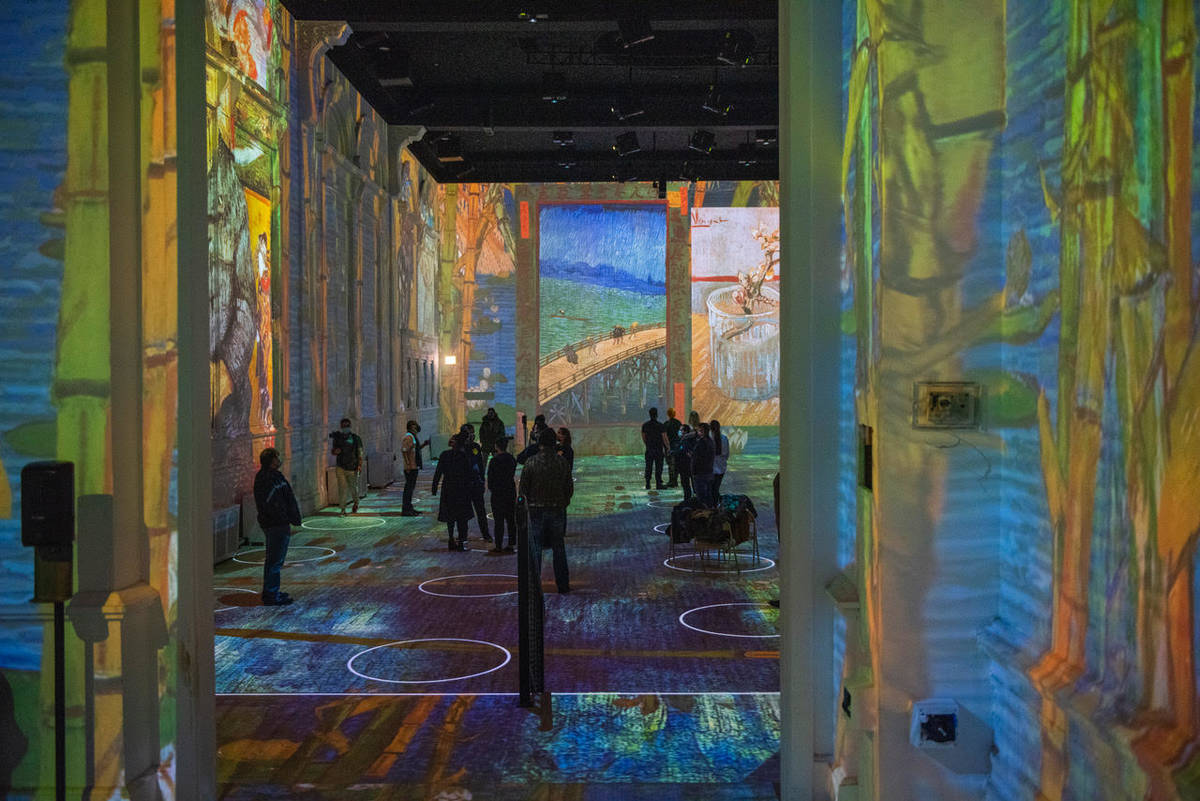 Level 3, actually at The Shops at Crystals next to Aria. The projected tribute to the troubled artist takes up that entire level.

The incoming Van Gogh interactive exhibit opens July 26, with tickets on sale at 10 a.m Saturday. The show is starting nearly a month later than its original announced date of July 1, but has been extended through the Thanksgiving holiday.

A 500,000-cubic-foot projection display, “Immersive Van Gogh” is produced by Lighthouse Immersive and Foster Entertainment. Among its execs is Corey Ross, also co-producer of “Potted Potter” at The Magic Attic at Bally’s. That show is set to return in July.

“Immersive Van Gogh has been hailed as an entirely new way of encountering art and has been enthusiastically embraced by press and patrons in every city in which it currently is being presented,” Ross said. “Our Las Vegas exhibition will be one of our most ambitious as we are utilizing a space that has never been used before for this type of installation.”

Ross said in a phone chat Thursday, Ross said the later start was due to COVID adjustments and construction delays.

“Trust me, we didn’t want to lose the first three weeks of July in Las Vegas,” he said. “No producer wants to do that.”

“Immersive Van Gogh” covers about 30,000 square feet and uses 60,600 frames of video and 90,000,000 pixels to demonstrate the great artist’s work. According to a release, the experience will evoke the painter’s “highly emotional and chaotic inner consciousness through art, light, music, movement and imagination.”

The “Immersive Van Gogh” lineup features creator Massimiliano Siccardi, composer Luca Longobardi and art director Vittorio Guidotti, all of whom have created immersive art exhibits in Europe. David Korins, the award-winning designer of such Broadway hits as “Hamilton” and “Dear Evan Hansen,” works with the team to execute the display.

The attraction has proven popular in Toronto, Chicago, San Francisco, and most recently in the past week New York and Charlotte. It is planning outposts in 16 North American cities, including Los Angeles and Dallas.

Madonna visited the New York space Wednesday, posting on Instagram, “So amazing to enter the world of Van Gogh and immerse ourselves in the magic of his art. So inspiring!”