It's a new day in Vegas for superstar producer David Foster 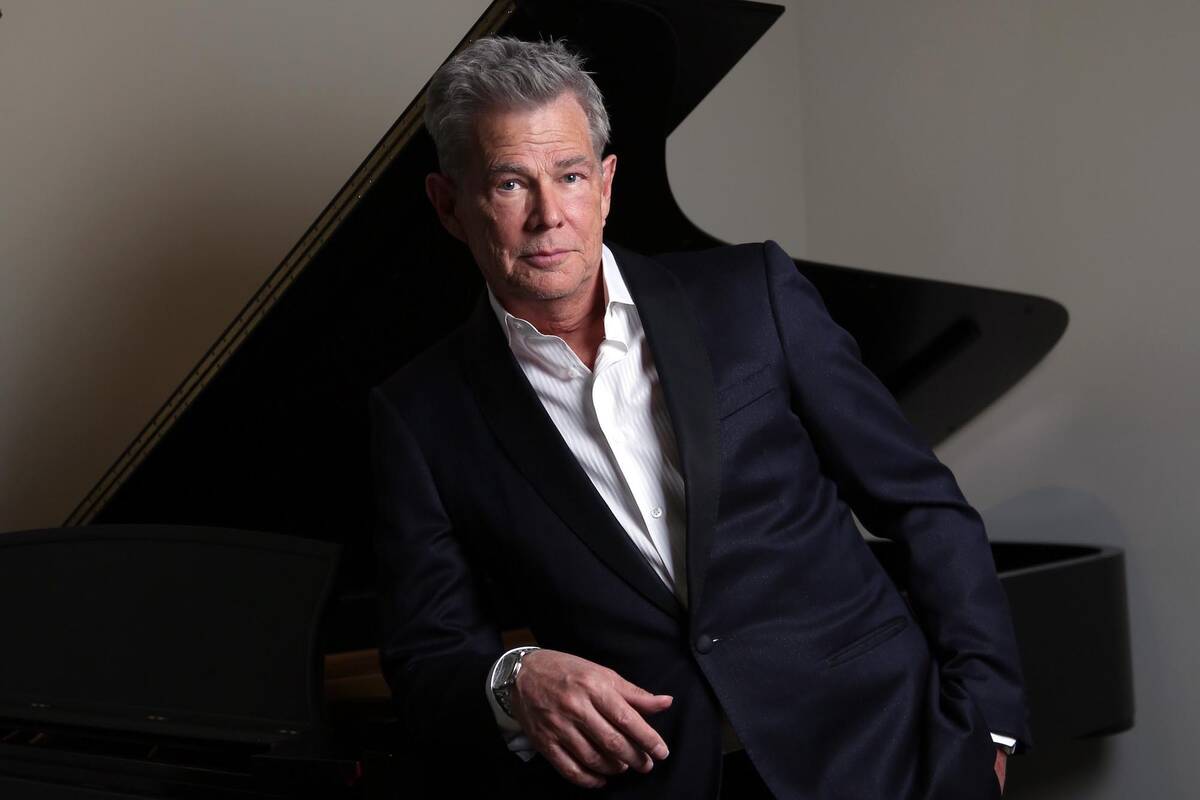 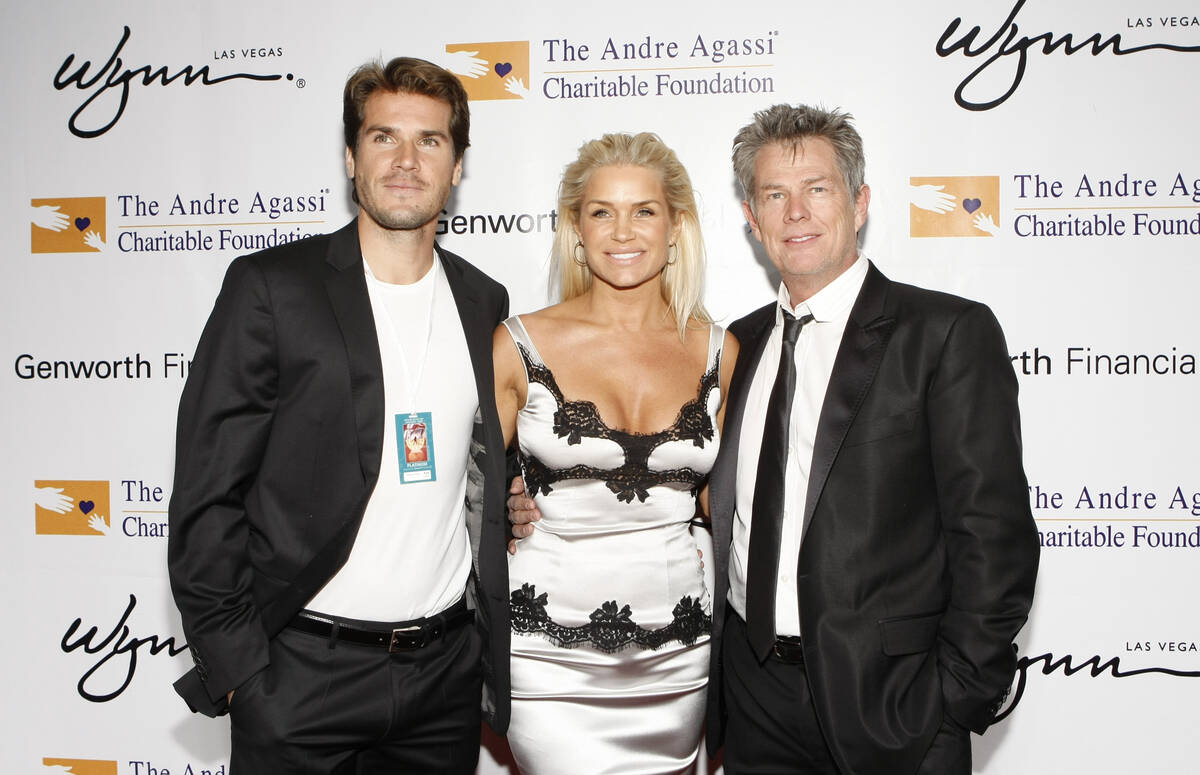 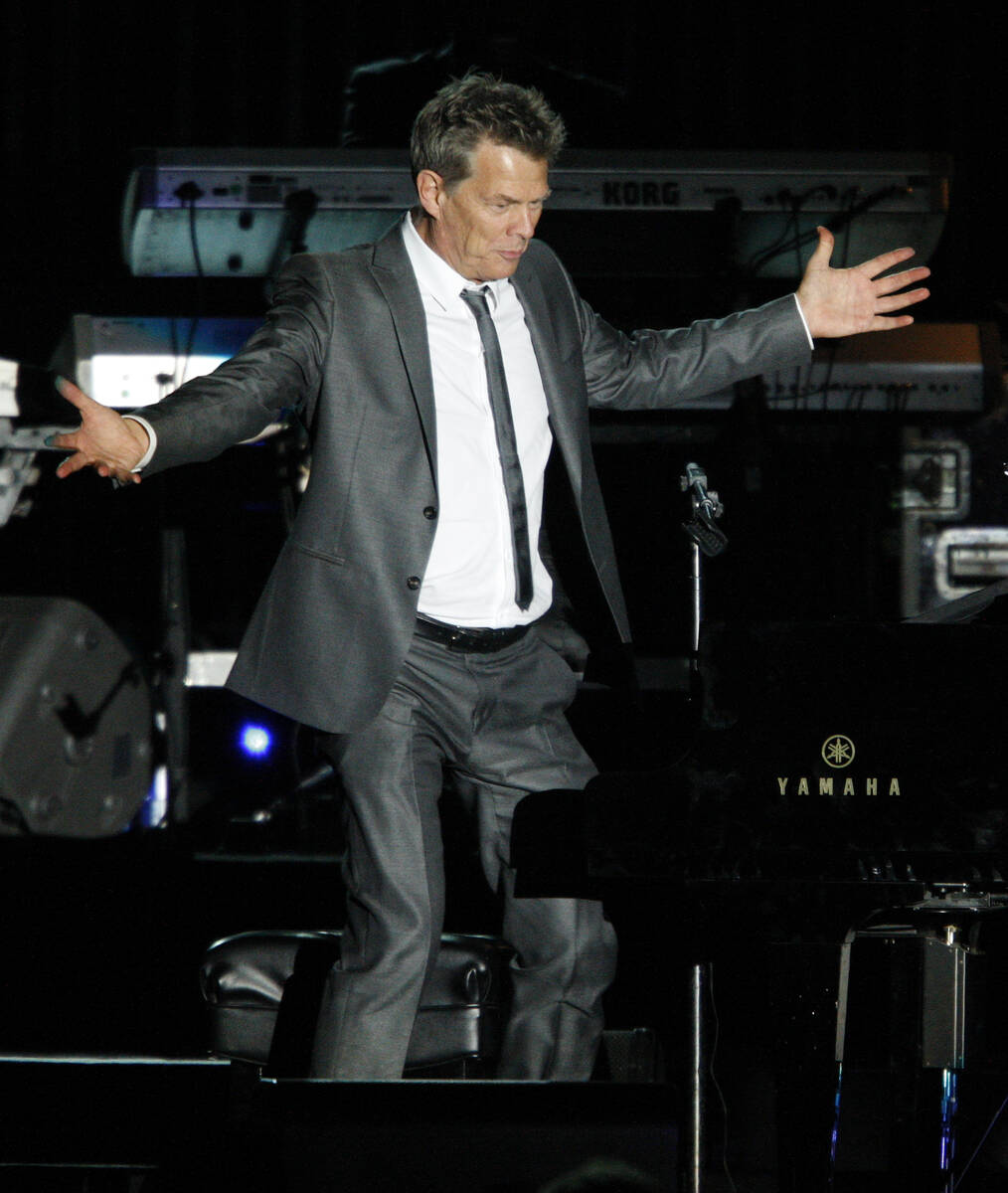 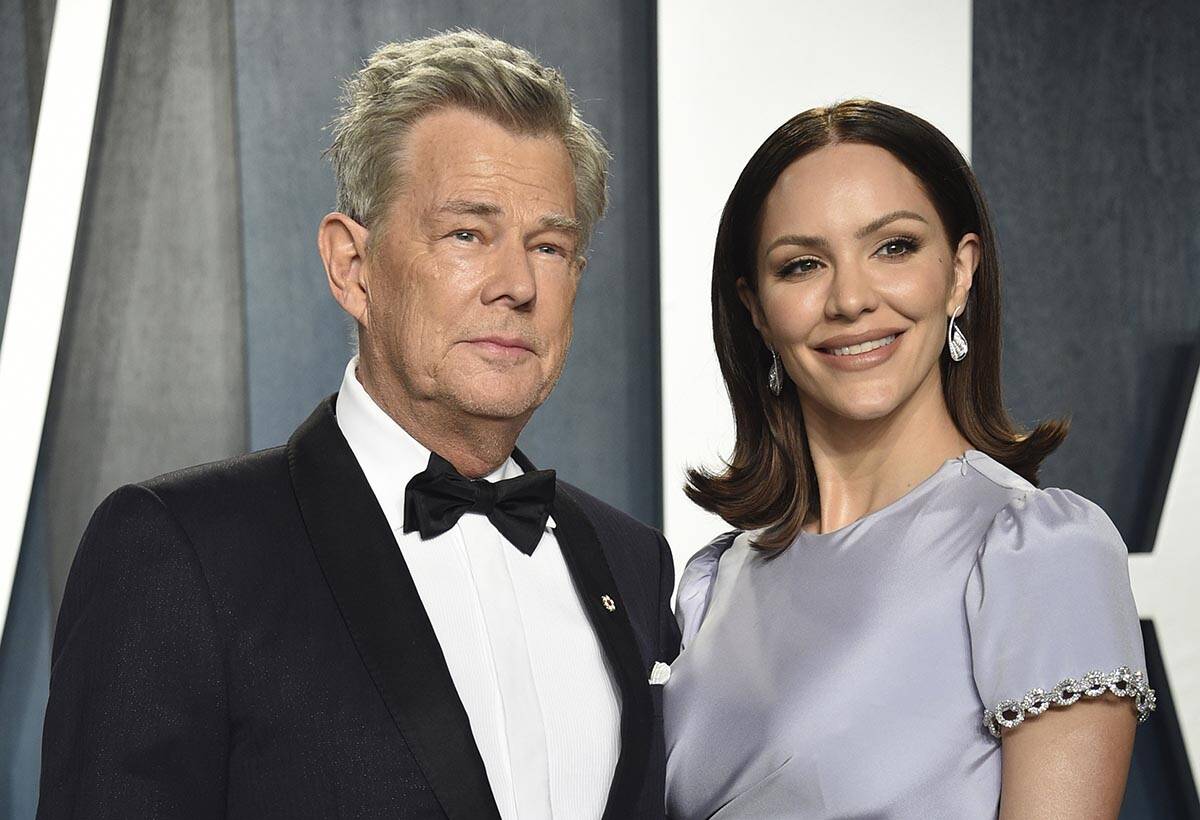 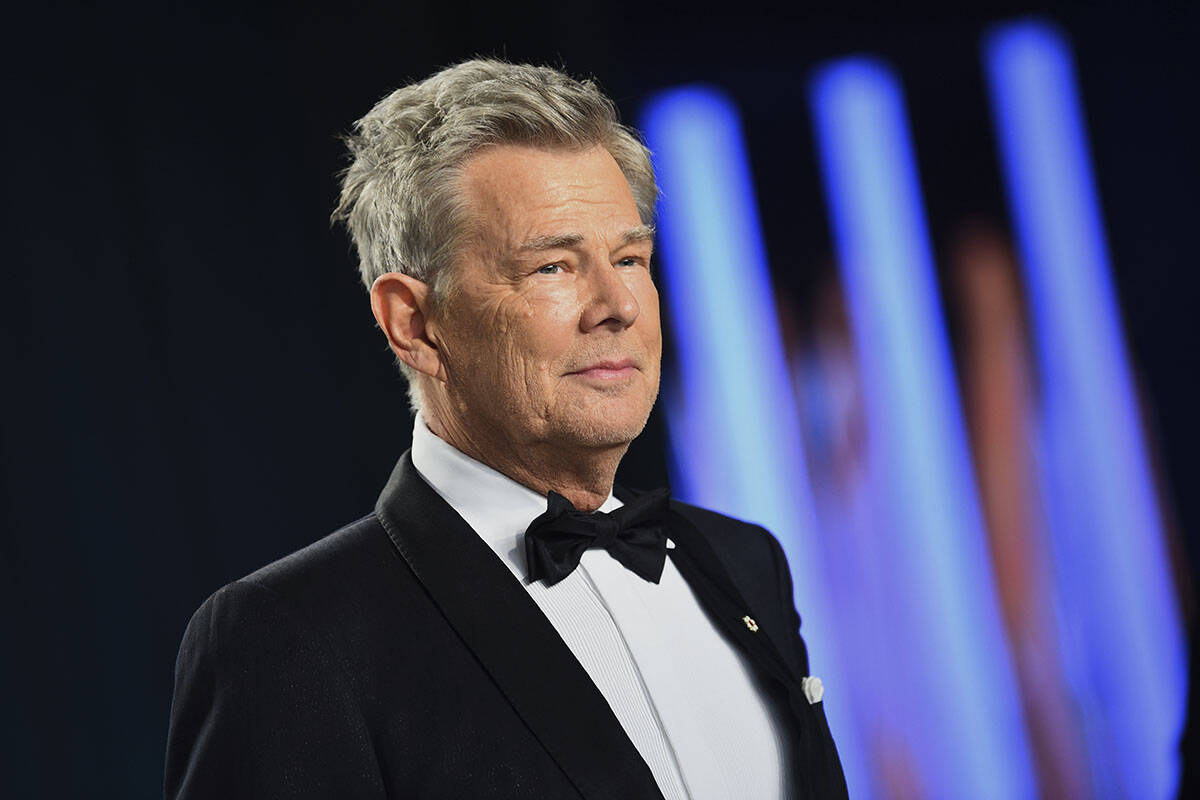 David Foster can justifiably claim to be an architect of the modern-day Las Vegas Strip residency. He worked with Celine Dion, long before the superstar launched the groundbreaking “A New Day …” at the Colosseum at Caesars Palace.

Foster also took Michael Bublé under his vast wing when he saw Bublé singing at the wedding of then-Canadian Prime Minister Brian Mulroney and his wife, Mila. As something of a Foster bookend on the Strip, Bublé today is among the superstar headliners playing the Theater at Resorts World Las Vegas. Buble has six orchestral performances scheduled in April and May.

But for all of his achievements (and the list is as long as the line to see Bublé’s opening show) Foster himself has not headlined a series on the Strip. He’s at least creating an opening at 8 p.m. Friday night at Encore Theater. It’s Foster at the keys and vocals, the front man and showman, in his “Hitman Tour” performance.

The show has sold out, leading to return dates April 20, 22 and 23, when Foster will be joined by his wife, singer-songwriter Katharine McPhee (the “American Idol” runner-up and star “Waitress” on Broadway). But for Friday’s performance, it will be Foster and his four-piece band sampling his hit-making career.

Foster has something of a history of performing one-offs in Vegas, for his made-for-TV PBS specials at MGM Grand Garden. He did a version of “Hitman” more than a decade ago at Mandalay Bay Events Center (now Michelob Ultra Arena). Foster also built the band and performed at the annual Andre Agassi Grand Slam for Children charity show at Wynn Las Vegas and MGM Grand Garden, which ran from 1995-2011.

“You know, that’s actually where I sort of learned how to perform, was thanks to Andre Agassi,” Foster said in a recent phone chat. “Really, because he let me host those events, that’s where I cut my teeth on performing in Las Vegas. I thought, ‘Well, maybe I just don’t have to be in the studio, maybe I can be some kind of entertainer.’”

Foster’s show will be peppered with stories from the course of his 40-year career. One of his turning points was when he challenged Dion in an early recording session. The two were working on Dion’s first English-speaking album, “Unison.”

Dion has told the story herself over the years. Naturally, Foster has contributed his touches to this tale’s final release.

But really, Houston was not going to step in for Dion on the recording.

“It was, of course, a joke, because Celine is flawless,” Foster said with a laugh, “But I did make her work really hard on that note, for whatever reason. I guess I was younger and cocky.” ‘

Foster and Bublé spent some of the holiday season together in Hawaii. Foster has recorded extensively with Bublé. The two collaborated on Bublé’s self-titled release in 2003, his 2005 breakout “It’s Time,” and 2018’s “Love.” Bublé coaxed Foster back to the studio for that release. Foster returned that gesture over the holidays, in a party performance that also featured McPhee on the island of Lanai.

“I got him up on stage on New Year’s Eve to do a few songs, you know, just randomly like, ‘Hey, come on, get up,’” Foster said. “And he didn’t want to. But he’s so great, he got up do a few songs and people went crazy.” A YouTube clip of the performance shows Bublé turning in a credible cover of Elvis’ “Blue Christmas.”

Foster says of Bublé’s upcoming shows at Resorts World, “He’s built for it. He could do as many as he wants now, and do it 20 years from now. He could live in Las Vegas and make a career of it if he wanted to.” When asked if Bublé could have a Celine-type presence in Vegas, Foster said, “Oh, for sure.”

Foster recalled his introduction to Las Vegas, when he and then-wife, B.J. Cook, visited town in 1973. The two were with their infant daughter, Amy S. Foster, who coincidentally has written the lyrics for such Bublé hits as “Home,” “Everything,” “Hold On,” “Just Haven’t Met You Yet,” “To Be Loved,” and “Beautiful Day.” But she was a baby in the back seat on the Vegas trek.

“It’s etched in my memory. We were in an old, beat-up Cadillac and drove to meet a friend of my wife,” Foster said. “It was crazy. We saw that Elvis was playing there, and the show was still pretty hot. So we thought, let’s try to get in, and gave the maitre’ d $3. No lie. He must have thought I’d handed him $30 or $60, a lot of money, but he walked us right down to the front.”

Forget for a moment that Foster would later be married for 15 years to Elvis’ girlfriend at the time, Linda Thompson, yet another coincidence for the ages. The story continues.

“What I noticed during that show was, and I say this with a lot of love and care, wast the imperfections of it,” Foster said. “He would go to hit the high note and one of the background singers would sing the really high note, on top of the harmony. He was probably winding it down by the time I saw him, but it was still thrilling to see him.”

For Foster, that memory has evolved.

“Since then, my appreciation for Elvis has grown exponentially, because I think he’s amazing,” the trailblazing producer said. “But I don’t think I appreciated it back then. I mean, $3 seats? To see Elvis in Vegas? Come on.”