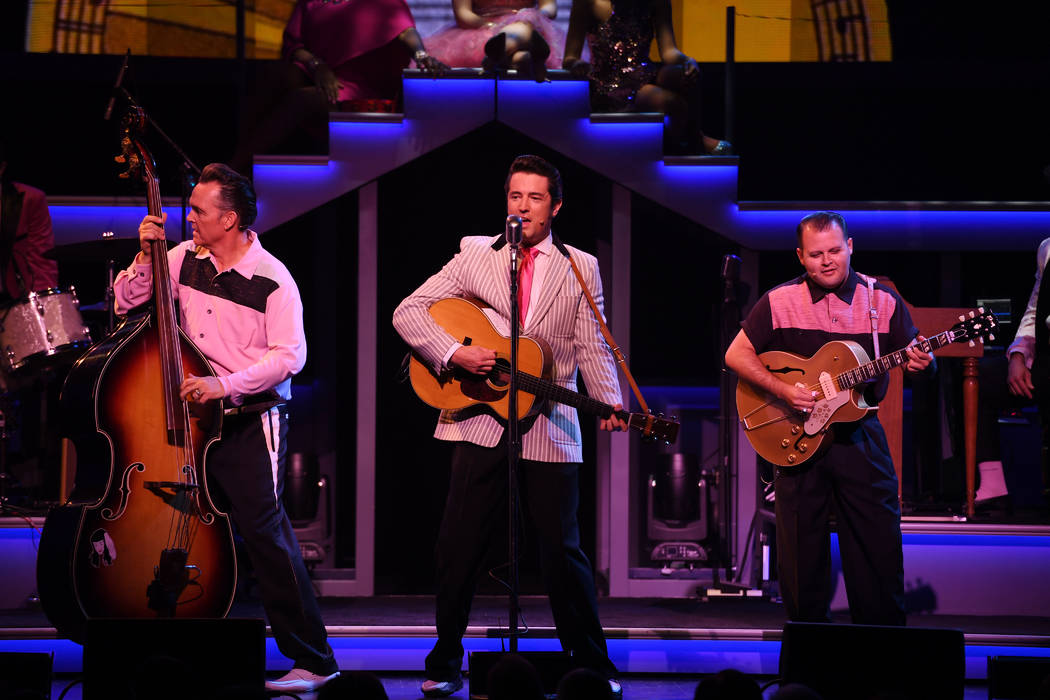 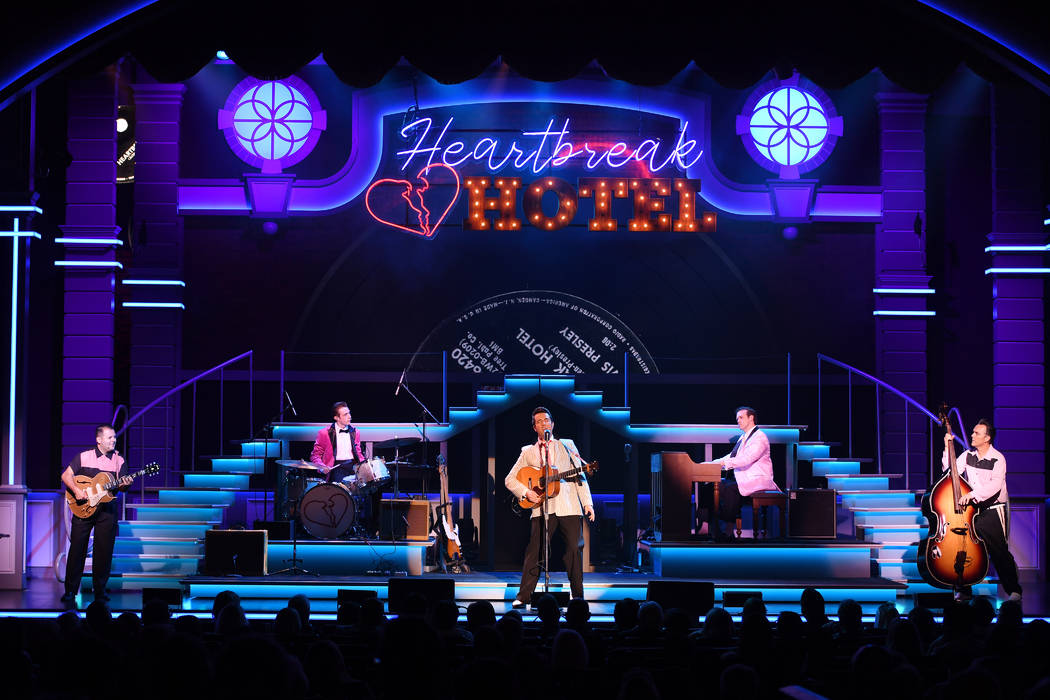 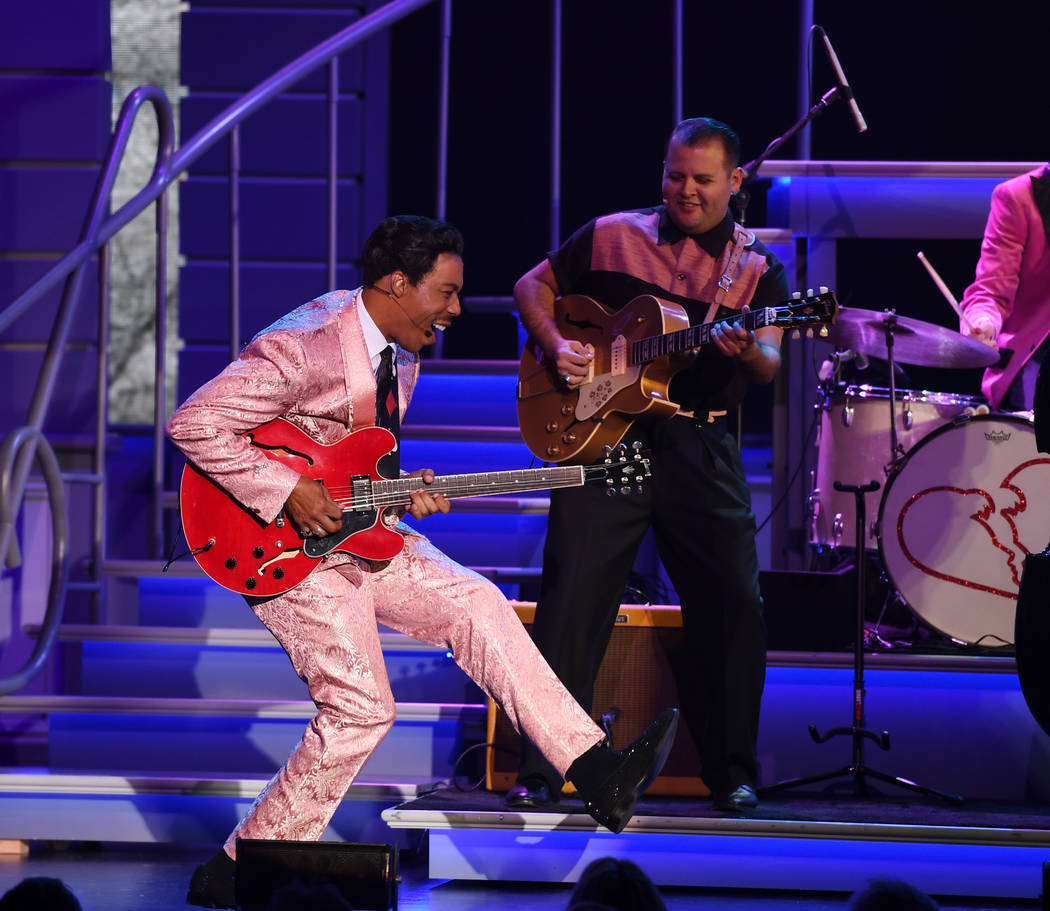 Geno Henderson is shown in a scene from "Elvis Presley's Heartbreak Hotel the Concert," in residency at Harrah's Showroom. (Denise Truscello) 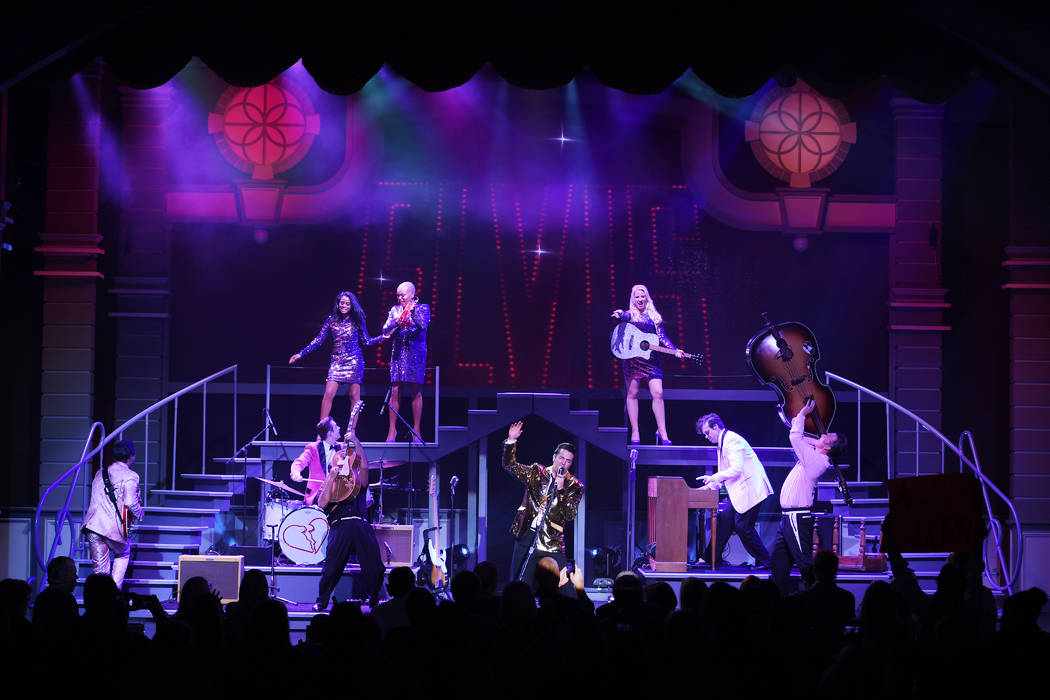 Harrah’s is located in the middle of the Las Vegas Strip. But for an Elvis musical, it was down at the end of Lonely Street.

“Elvis Presley Heartbreak Hotel In Concert” is closing, effective Monday when it performs its 207th and final show at Harrah’s Showroom. The show opened in May and held the theater’s prime-time 8 p.m. slot.

Many of those open time slots will now be filled by Bronx Wanderers, the rollicking family show that left Mat Franco Theater after Sunday’s show. BW is also set to fill the 6 p.m. openings at Harrah’s when the Righteous Brothers are off.

“Heartbreak” was a classic case of a casino show lost in the shuffle.

“Overall, people loved our show, but it was just a question getting people in,” co-producer Scott Prisand said in a phone interview Monday. “There are so many shows in Las Vegas. Our reviews were fantastic; people really enjoyed the show. They were surprised at the level of talent in the show, how skillful the musicians were and and how great the voices were.”

But “Heartbreak” was themed for the ebbing Elvis brand, which has struggled over the past decade or so in Las Vegas. A Presley-designed production, with accompanying museum attraction licensed by Elvis Presley Enterprises, faltered at Westgate Las Vegas after less than a year in 2016. Cirque’s “Viva Elvis” shut down at Aria in August 2012. The only Elvis-specific, ticketed show on the Strip remains “All Shook Up” at V Theater at Miracle Mile Shops; Steve Connolly continues to headline “Spirit of the King” at Four Queens on Fremont Street.

Prisand says the show intends to continue on as a touring production, but no dates or partnerships are yet locked in. Elvis might enjoy a Renaissance in Baz Lurhmann’s upcoming biopic about the King, which is to star Austin Butler in the lead role and Tom Hanks as “Colonel” Tom Parker.

The yet-untitled film is due for release in the fall of 2021, far too long out for “Heartbreak” to tread water on the Strip and enjoy peripheral publicity.

“It would have been ideal to be running in Las Vegas when the movie came out, but the economics were not there,” Prisand said. “We have the chance to take it out on tour and we’re jumping on it, and there’s no reason why we can’t bring it back to Vegas someday. We would love to use Vegas as a hub, when the time is right.”