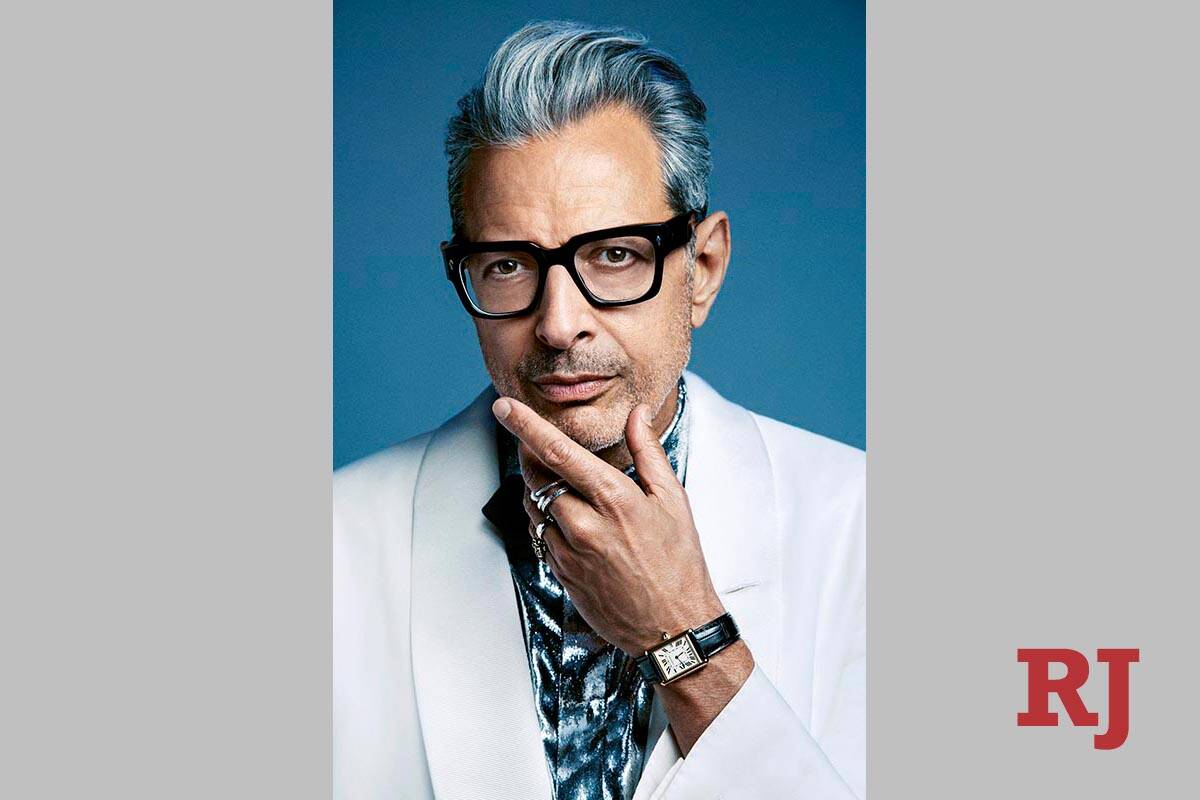 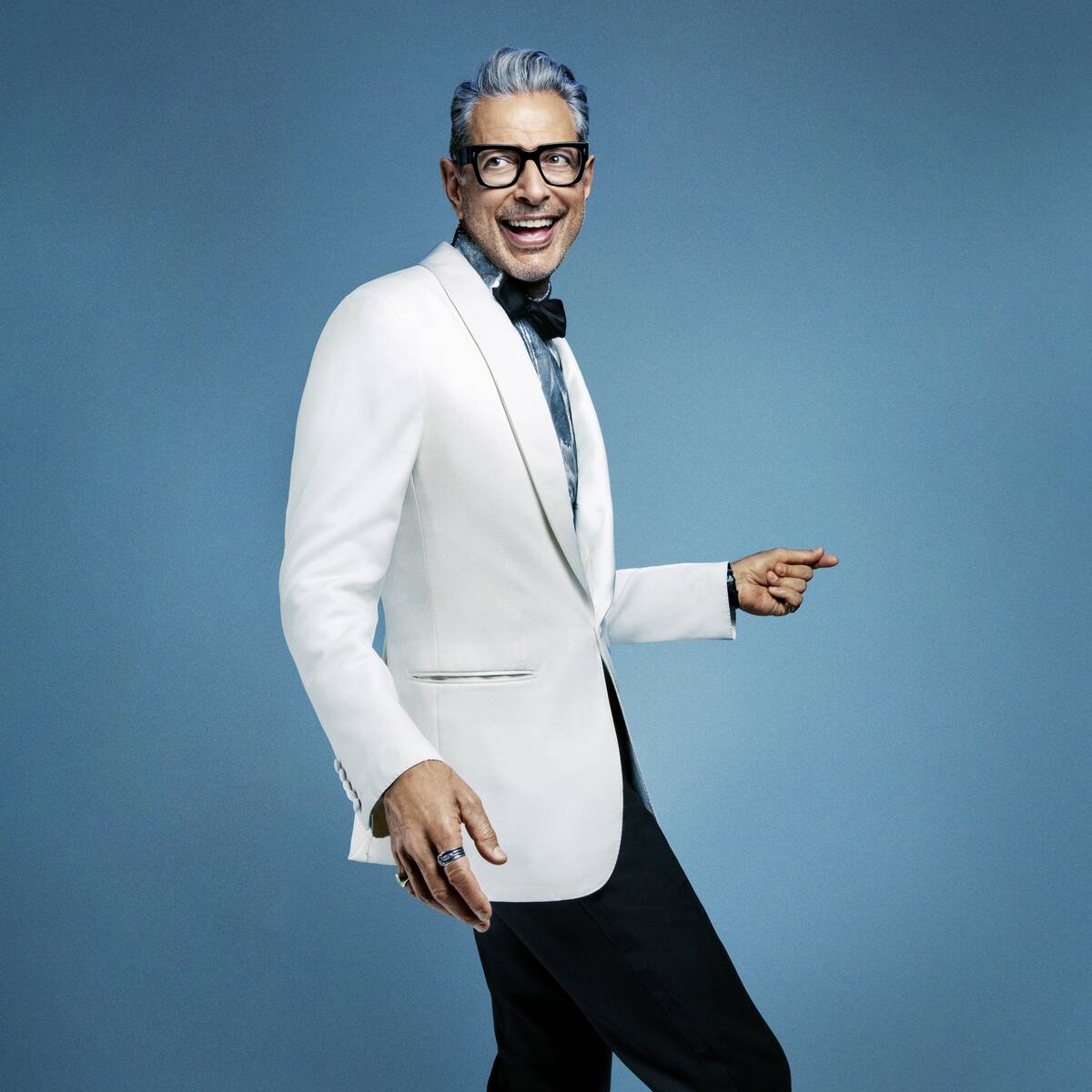 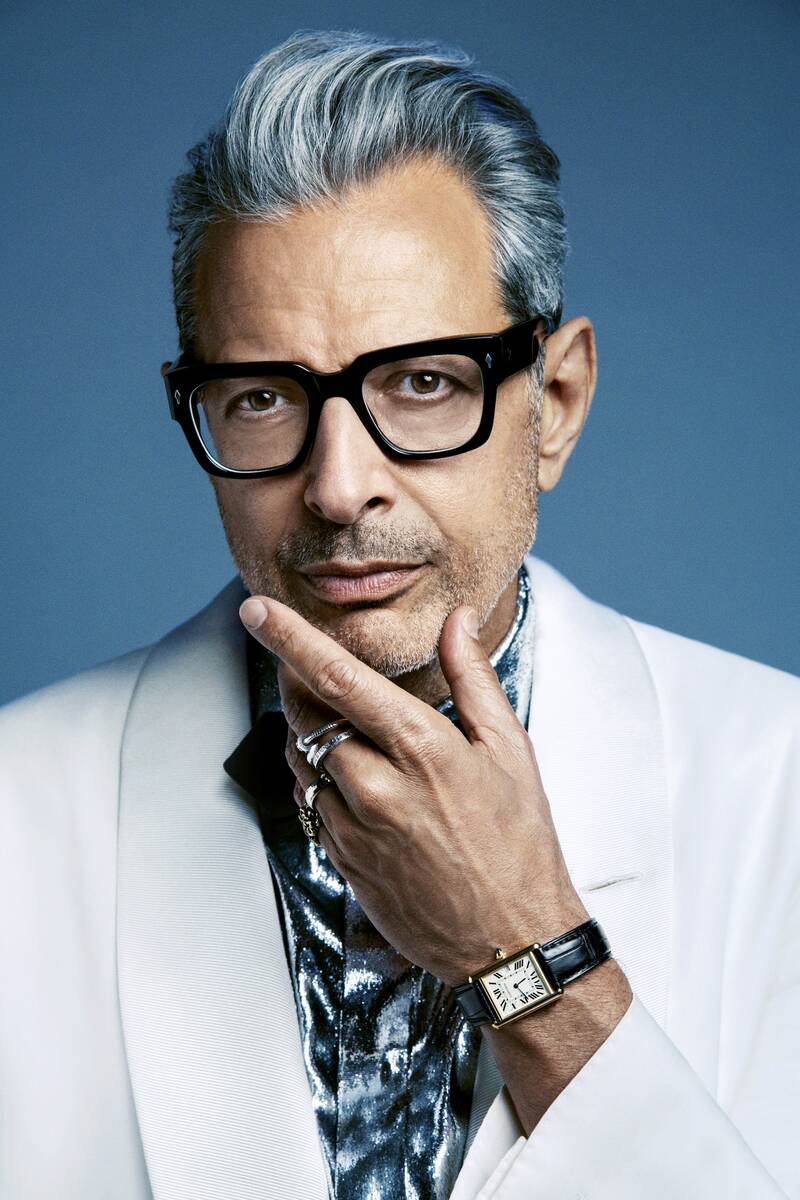 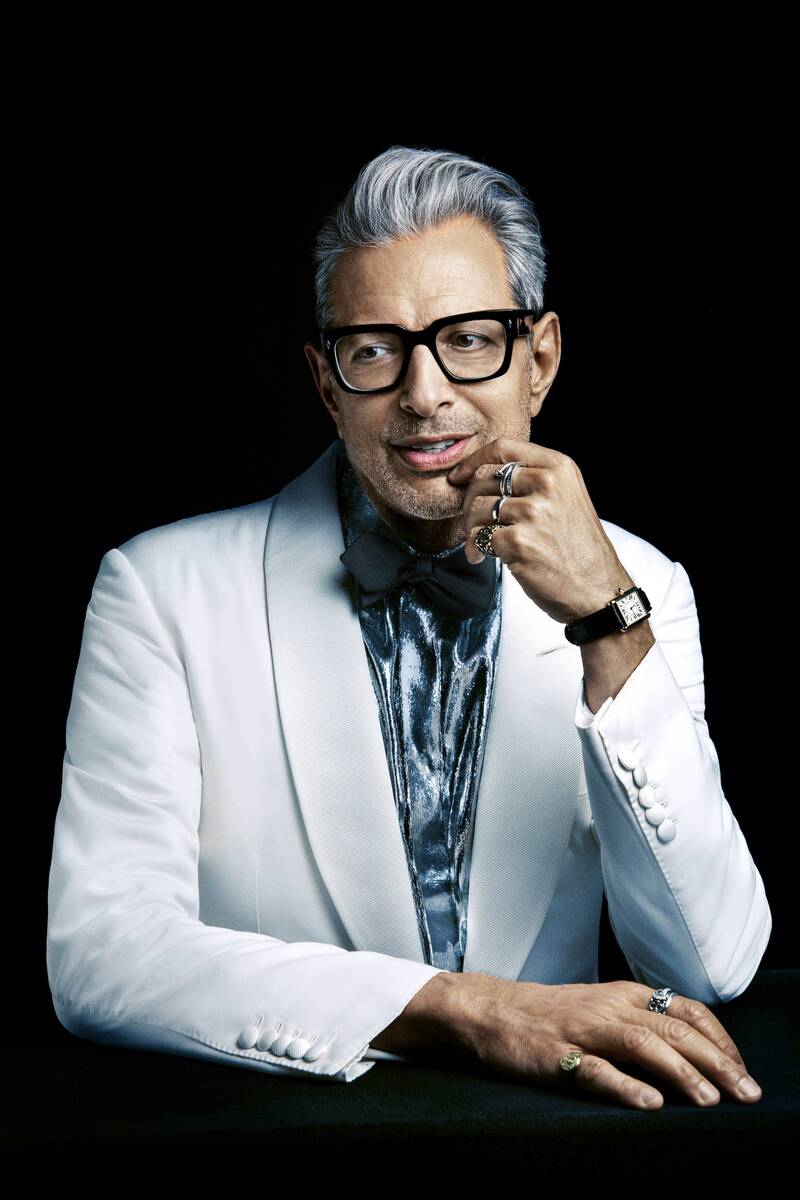 Jeff Goldblum is performing the role of his life, a long exercise in method acting. He portrays a jazz entertainer, a pianist specifically. He’s the bandleader, headlining a club in Las Vegas, playing a musical style that has fascinated him since he was a child.

“I was taking piano lessons as a kid and, I fell hard for jazz,” Goldblum says. “I had my heart set on being an actor, as a career, but as I was practicing piano, I got a little good.”

Really good, actually. The actor who brought flight to “The Fly” and told us, “Life finds a way,” in Jurassic Park is an accomplished jazz man, performing two shows Friday at 24 Oxford at Virgin Hotels Las Vegas. Goldblum is onstage at with his Mildred Snitzer Orchestra. Melody Sweets, the original Green Fairy in “Absinthe,” is the night’s guest star.

Goldblum’s team actually tracked down Sweets through a routine it employs at every tour stop. John Mastro, the band’s manager and Goldblum’s friend for the more than two decades, pokes around a city in advance of the band’s booking. He was given a head’s up about Sweets from the crew at 24 Oxford, researched her videos online and simply e-mailed her.

“I am over-the-moon thrilled to be a part of this,” says Sweets, who has performed solo shows at the Smith Center while retooling a variety-show concept she’s been working up since leaving “Absinthe” in October 2017. “I’m so happy to be back onstage with such an icon as Jeff Goldblum, who seems as weird as I am. This is going to be fun.”

Goldblum typically works with guest singers in his core band. His guest on “The Capitol Studios Sessions” album was famed comic (and sometimes jazz singer) Sarah Silverman. Selections from that show included such standards as “Cantaloupe Island,” “Straighten Up and Fly Right,” and “Come On-a-My House.”

“We’ve got wonderful people singing, and then when we do live gig we have one person usually sing with us a couple of songs, sometimes that we haven’t even rehearsed at all,” Goldblum says. “John always finds really interesting people, and he said, ‘Yeah, this Melody Sweets is really, really good.’ I looked her up, and I can’t wait to meet her. That’ll be this Friday, and that’s the story.”

Goldblum is accustomed to informal bookings. He originally seized his own live-performance career, whimsically calling clubs on his own to find gigs. This happened near his hometown of West Homestead, Pa.

“At around 15 or so, I kind of secretly, just for the heck of it, called cocktail lounges around Pittsburgh and said, ‘Hey, I hear you are looking for a piano player,’ ” Goldblum says. “I still can’t tell you why I did this. Most of them said, ‘You’ve been misled. You’re mistaken. We don’t even have a piano.’ But a couple of places said, ‘Oh yeah, who’s this? How old are you?’ ”

Goldblum was invited to audition. He passed that variety of screen test.

“I got a couple of jobs that way, that my parents drove me to,” Goldblum says. “And that started this relationship I now have with playing out and about.”

Goldblum is asked if there is a cross-pollination of his education as an actor (having studied at Neighborhood Playhouse with famed acting coach Sanford Meisner) and his musical training.

“You know, this comes up often, in my mind, the answer is it works both ways,” Goldblum says. “In fact, I was recording these little things this morning. I just turning the pages, and the lyrics of some of these standards just thrill me. They’re real poetry, and I kind of act them out as I sing. I’m singing, I’m planning, I’m communicating a story whether it’s with lyrics or instrumentally. There are phrases that are like human speech. It’s still a story I’m telling, right now.”

“They used to leave us there for a few days at a time and go to Las Vegas, and they were always very excited about entertainment generally,” Goldblum says. “They would come back with stories of Buddy Hackett, and Jack Carter, all these people. I’d watch ‘The Mike Douglas Show’ and Merv Griffin, and become fascinated with these Vegas entertainers, the Rat Pack and all of them. I saw all of the Jerry Lewis and Dean Martin movies, and became fascinated with them, too.”

Lewis and Goldblum actually chatted about Goldblum taking the role of Lewis’ son in his final theatrical release, “Max Rose.”

“I almost hate to say that now, because my friend Kevin Pollak was wonderful in it. They wound up with the right person,” Goldblum says. “But for a little while I was considered for that part. I went to Vegas, I’d never met him, and he was a big figure in my life. We hung out in his office for a few hours and gabbed away to form some kind of bond. I’m just remembering that now, but it was such a wonderful experience.”

Goldblum is also a huge fight fan, dating to the days of Muhammad Ali’s bouts in Las Vegas. He was in attendance at the Mike Tyson-Evander Holyfield “Bite Fight” fight at MGM Grand Garden in June 1997.

“If you were looking at footage of that, maybe you can see me standing up and being very excited,” Goldblum says.

“Yeah, so I’ve spent a little time, here and there, in Vegas,” Goldblum says. “But I’ve never done what we’re gonna do this Friday. I’m totally thrilled about it.”

On the topic of guys who are totally fly, Kenny Davidsen celebrates his ninth anniversary of his Bow Tie Cabaret at Tuscany Suites on Friday night. We remember well Davidsen’s start at what was known as T Spot, now the Copa Room, with such celebrity guests Joe DiNunzio and Mike “Beans” Benigno. Now at Piazza Lounge, the shindig kicks off at 9 p.m. and runs until after midnight. No cover. Tips, and singalongs, accepted.