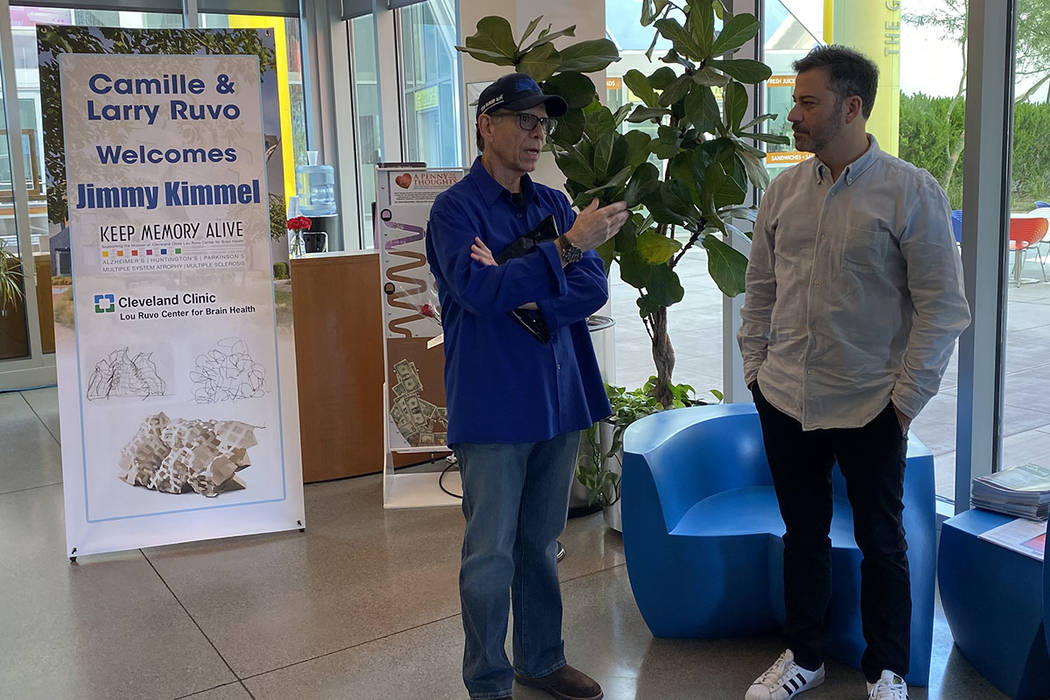 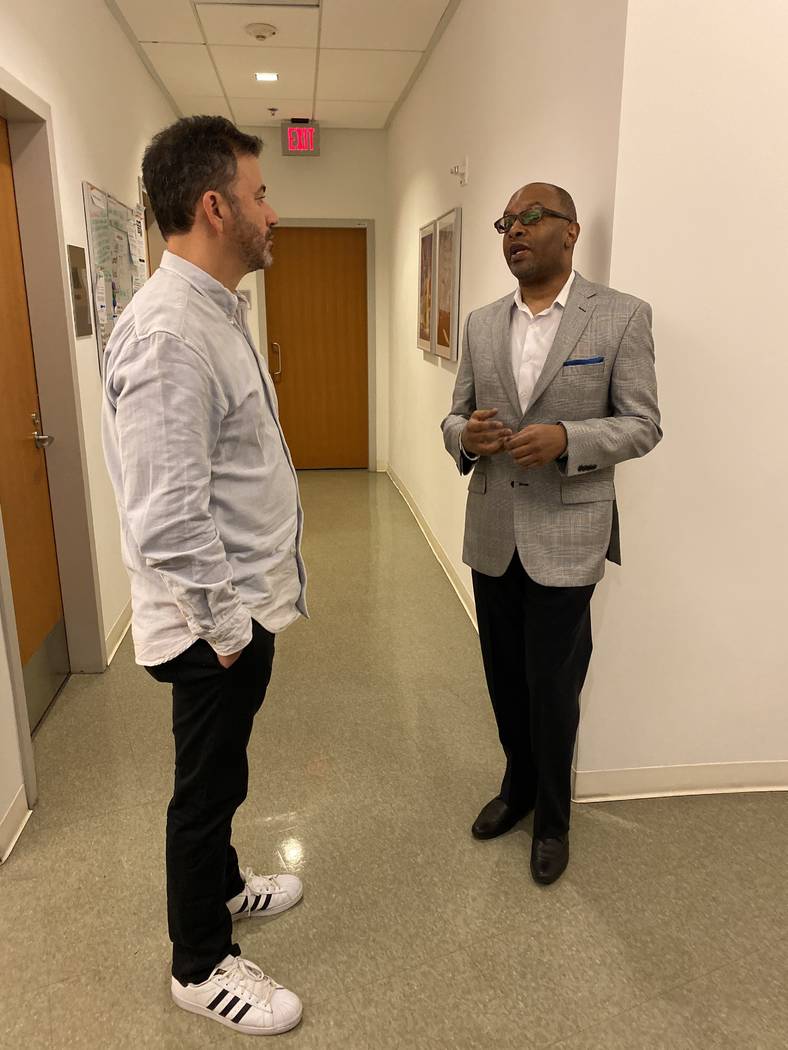 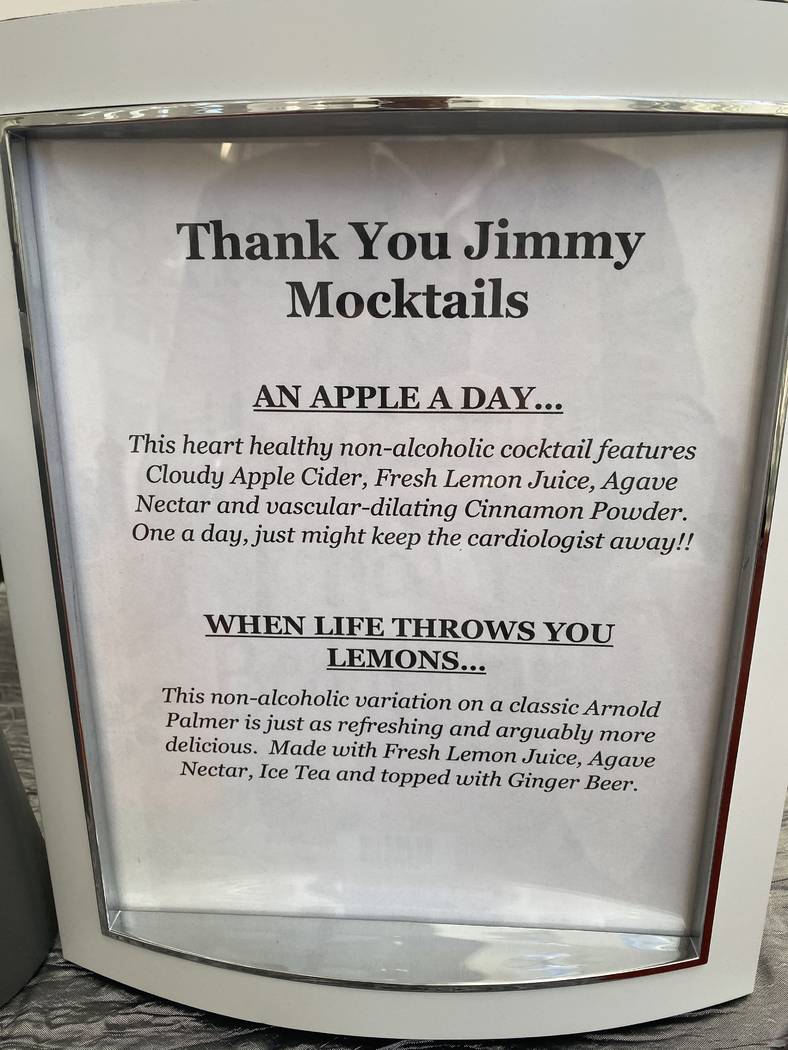 Jimmy Kimmel made his first appearance at Keep Memory Alive Events Center on Saturday afternoon, surveying the scene and announcing, “This is a pretty solid place you have here.”

But this was a show for, not performed by, the late-night talk show host and longtime Las Vegan. Kimmel swung through the Cleveland Clinic Lou Ruvo Center for Brain health for a tour that lasted a little more than an hour. Dr. Dylan Wint led the way, joined by Camille Ruvo, wife of Ruvo Center founder Larry Ruvo; clinic board member Michael Severino; and Kimmel’s longtime friend, Las Vegas marketing vet Jim Gentleman.

In a Ruvo Center conference room, Dr. Dietmar Cordes led a detailed PowerPoint description of the various brain disorders treated at the center and the clinic’s many clinical trials.

At one point during the heavily scientific presentation, Kimmel called out, “I know all of this. I went to UNLV.”

“First of all, it’s beautiful,” said the Kenny Guinn Middle School and Clark High School grad. “To be honest, I didn’t understand what they were talking about in there, but it looks like they are doing great things.”

Kimmel said he “vaguely” remembered the parcel when he was a kid and it was a Union Pacific rail yard. “I remember driving by it. We didn’t come down here, but it is awesome now.”

Kimmel was also in town to visit his Jimmy Kimmel’s Comedy Club at Linq Promenade.

“We’ve settled into a groove, we’ve got some good comics, good feedback from those comics, and it seems like it’s going well,” he said. “We’re going to be recording comics from the club for the show, which we’ve done a couple of times, three more times this year. But we don’t plan too far ahead with that.”

Kimmel said he still wants to zip to Las Vegas after recording “Jimmy Kimmel Live” in L.A., which ends at about 6 p.m., and performing his monologue live from the comedy club.

“I saw where Bill Maher was here (Saturday) and his tapes until 6:30, I think,” Kimmel said, referring to Maher’s “Real Time” HBO series and appearance in Aces of Comedy at the Mirage. “It can be done.”

Kimmel is recording in Brooklyn, where he was born and lived until age 8, next week. As for a return to Las Vegas, where he recorded a week of shows in April from Zappos Theater, Kimmel said, “There are no plans for that right now. That’s usually sponsor-based, and if that comes together I’d love to do it again.”