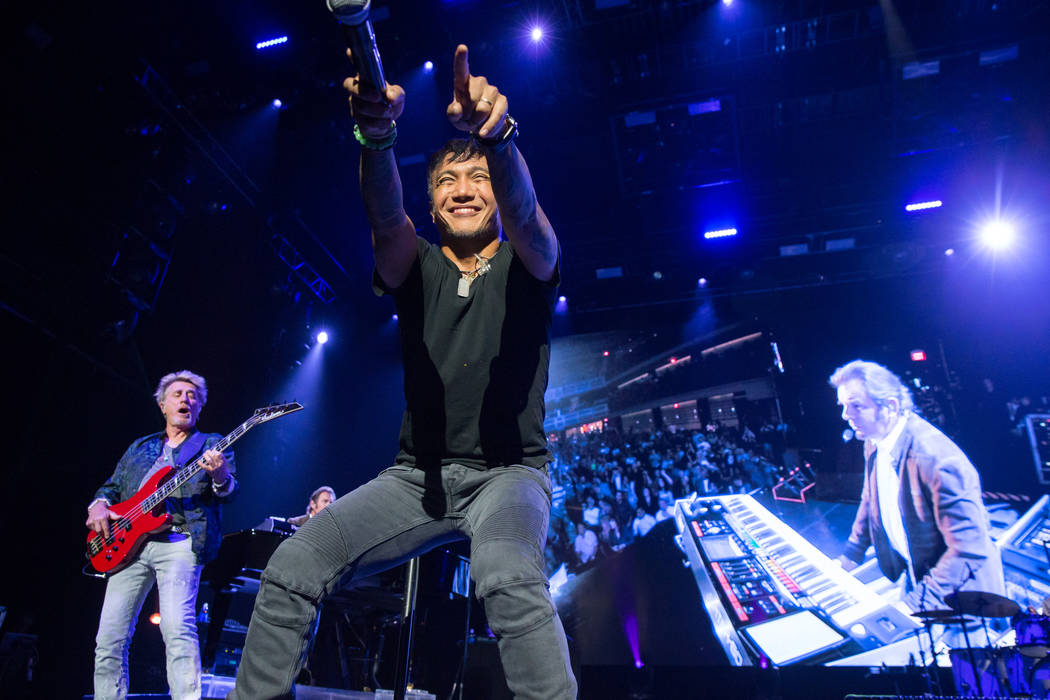 Ross Valory, Arnel Pineda and Jonathan Cain of Journey are shown during the band's opening night of its nine-show residency at The Joint at the Hard Rock Hotel on Wednesday, May 5, 2017. 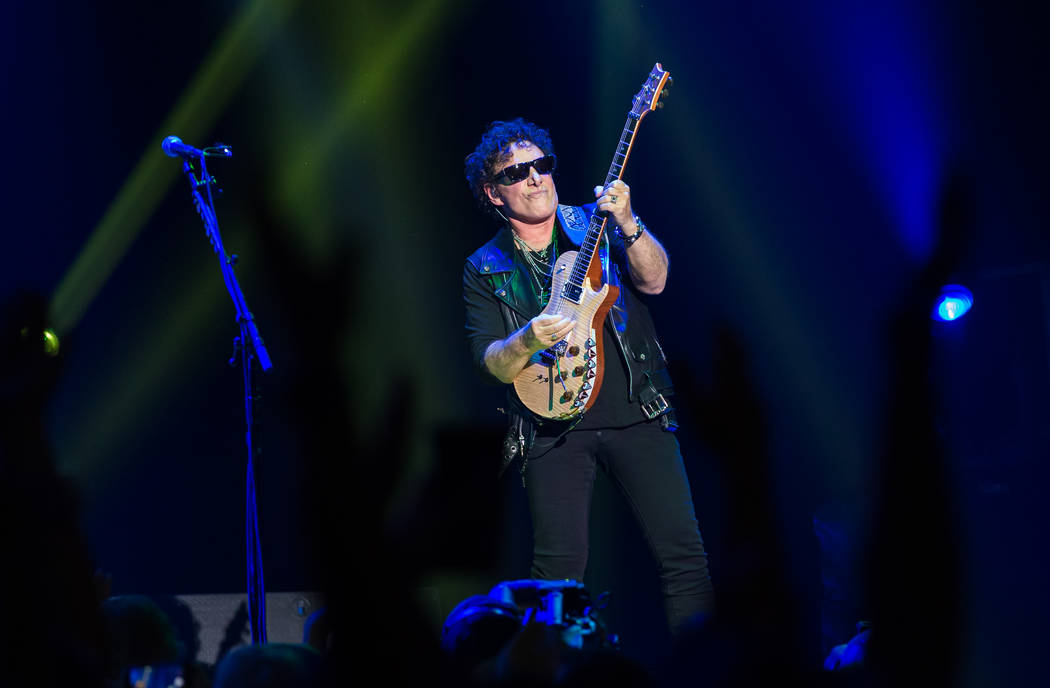 Neal Schon of Journey is shown during the band's opening night of its nine-show residency at The Joint at the Hard Rock Hotel on Wednesday, May 5, 2017 (Erik Kabik Photography) 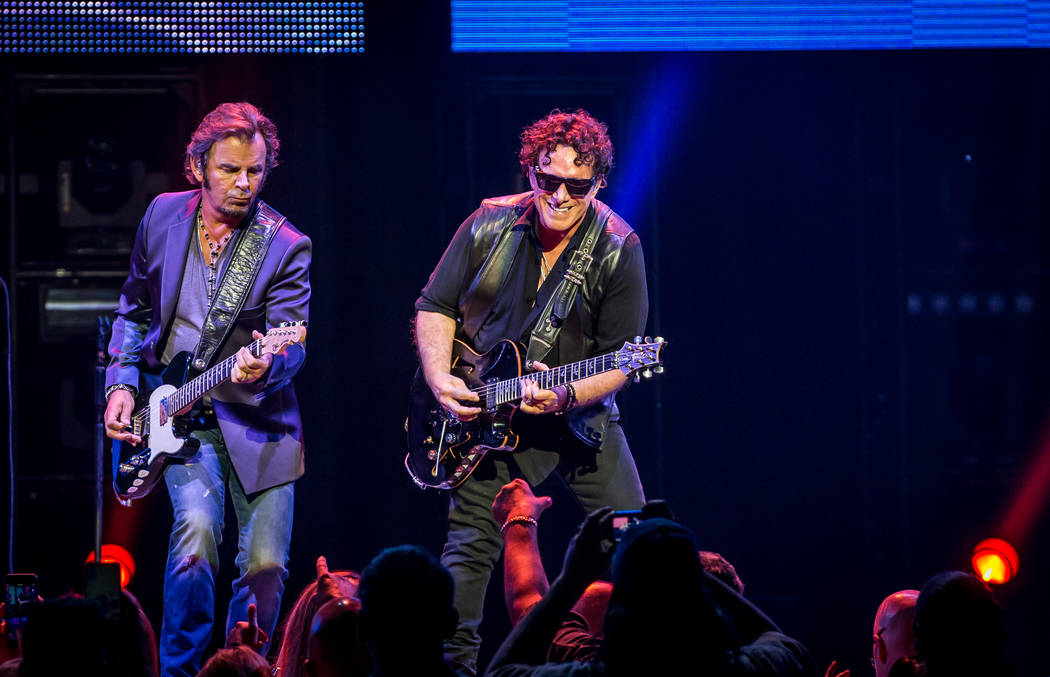 Journey will be among the first bands to perform at the revamped Colosseum at Caesars Palace.

Journey is booked just after the Colosseum’s $15 million overhaul. The 16-year-old venue is closing for two months beginning July 6 for an extensive renovation. Plans include an open general admission area and flexible seating designed to be more adaptable for rock shows.

The booking has been anticipated for several weeks. Schon himself said in March during an interview on iHeart Radio the band would be playing an October residency.

With former lead singer Steve Perry, Journey churned out a large catalogue of rock classics, including “Lights,” “Faithfully,” “Any Way You Want It,” “Wheel In The Sky,” “Separate Ways,” “Who’s Crying Now” and “Don’t Stop Believin’ ” — the top-selling digital catalog track in history.

Since launching as an offshoot of Santana in 1973, Journey has earned 19 top 40 singles and 25 gold and platinum albums and has sold nearly 100 million albums.