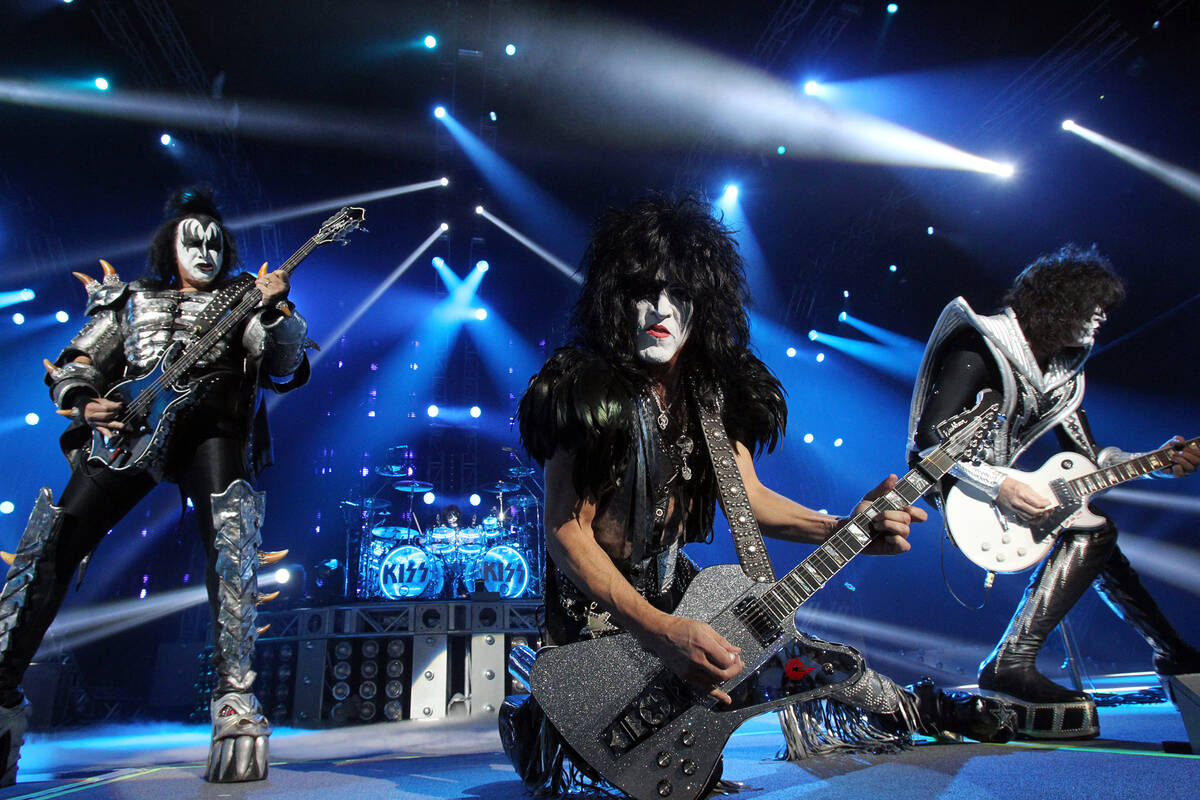 Members of the rock band Kiss, from left, Gene Simmons, Eric Singer, Paul Stanley and Tommy Thayer, perform at The Joint at the Hard Rock hotel-casino in Las Vegas for the start of their residency Wednesday, Nov. 5, 2014. (K.M. Cannon/Las Vegas Review-Journal) 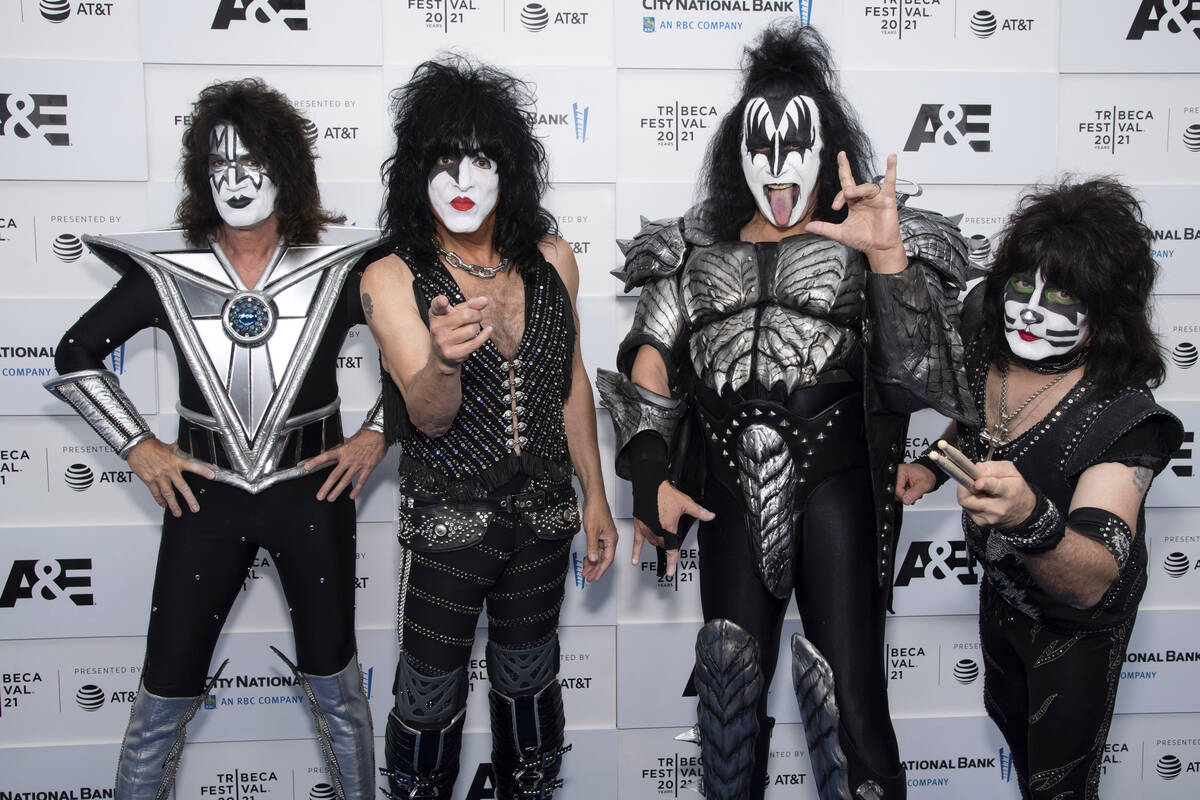 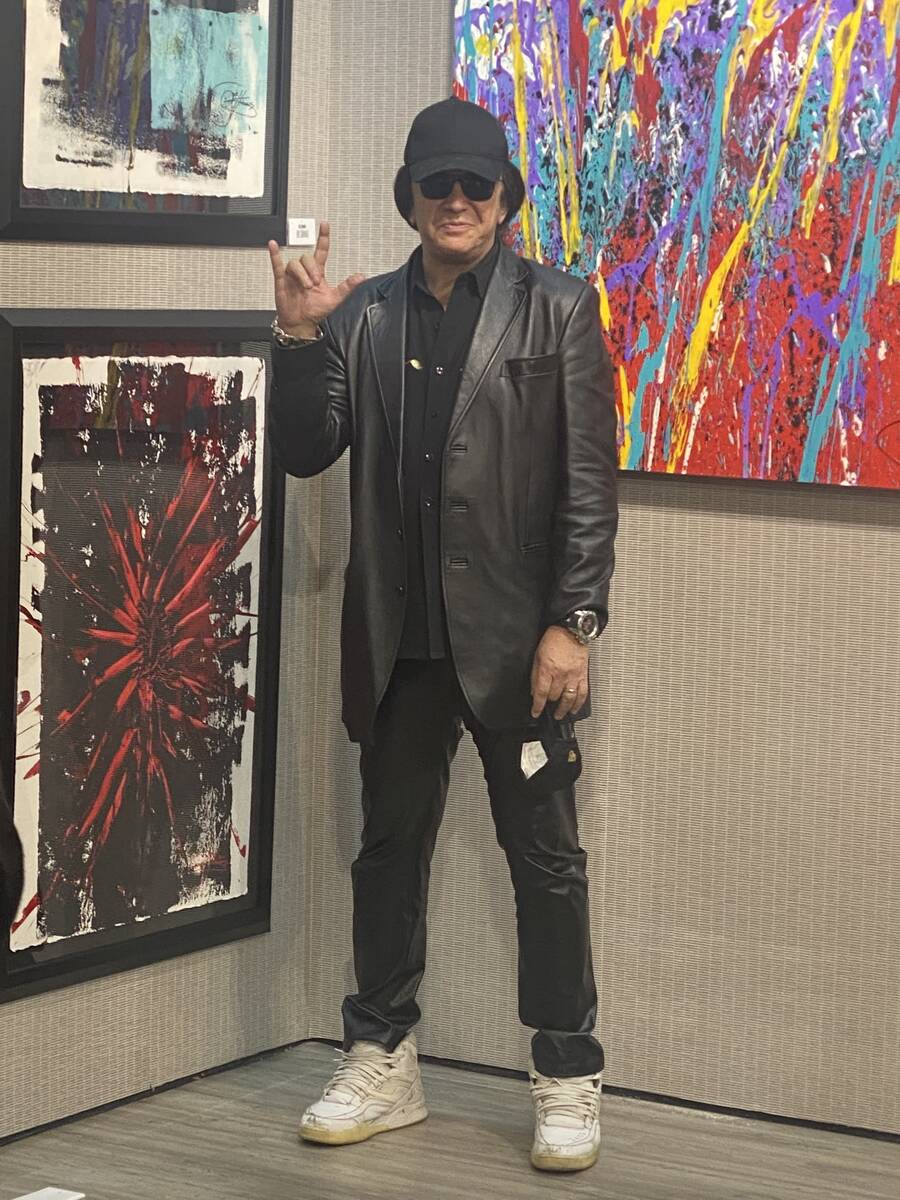 The thing about showbiz is, there is no such thing as a sure thing. This is true even when Kiss is booked for a residency on the Strip.

The much-ballyhooed series at Zappos Theater at Planet Hollywood has been canceled, with tickets being taken down from the Caesars Entertainment/Ticketmaster link. The shows were to open Dec. 29 and run through Feb. 5.

Reps for Zappos Theater say that ticket providers will contact purchasers with refund information. The venue is also said to follow the band’s kissonline.com website for further details.

Kiss has been touring extensively this year, though the series was postponed for several shows as co-founders Paul Stanley and Gene Simmons both tested positive for COVID.

The cancellation was enacted a day after a Rolling Stone magazine story called into question the band’s allegedly substandard pandemic-safety protocols during its U.S. tour. The piece was pegged to the death Oct. 17 of longtime Kiss guitar tech Francis Stueber, who was quarantined for two days in a Detroit hotel and died of COVID at age 53.

The magazine cited three crew members, speaking anonymously for fear of retaliation, who said the tour “didn’t take strict enough safety measures, which they say sickened several tour workers and potentially cost Stueber his life.” Stueber and Stanley were very close friends for 25 years, and Stueber was the one who introduced the band with, “You wanted the best, you got the best! Kiss!” for every concert.

Simmons had been a part-time Las Vegas resident since August, but this month put his Las Vegas-area estate up for sale, saying he wasn’t fond of the Vegas heat, became aware his family wasn’t likely to visit here, and already had six estates for four people. Simmons also hosted an exhibit of his original paintings at Animazing Gallery at The Grand Canal Shoppes at The Venetian.

Aside from taking the tour to its fans across the country, the band is also currently on a packed “Kiss Kruise” of the Caribbean aboard Norwegian Gem. The trip began Friday and ends Tuesday, taking the band and fans to Harvest Caye, Belize and Roatan, Honduras. Consequently, fans have had ample opportunities, on land and sea, to see Kiss apart from its scheduled Vegas shows.