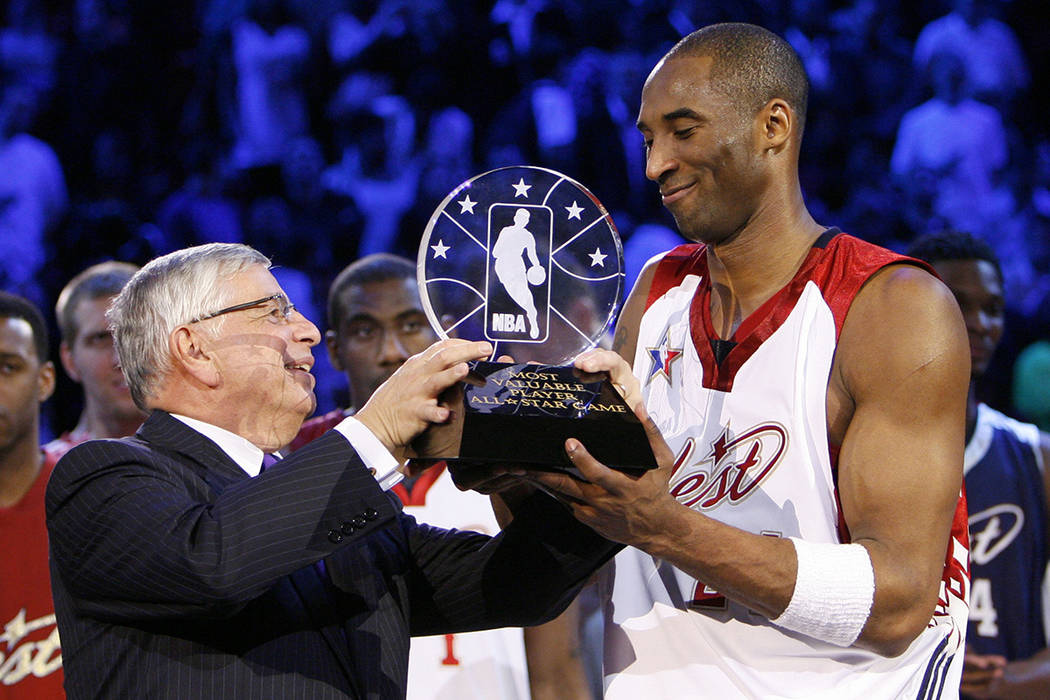 Kobe Bryant said during the height of his playing career that an NBA team would be “a perfect match” in Las Vegas, even if it meant risking Lakers’ loyalists.

“I think it would be great. The perfect match. I think that personally I would rather not have a team, that way we could keep our Lakers fan base,” Bryant said in February 2007, during the run-up to the NBA All-Star Game at the Thomas & Mack Center. “But I think Vegas is a great city.”

Byant was among nine people who died Sunday in a helicopter crash near Los Angeles. He was 41. His 13-year-old daughter, Gianna, was also killed.

Bryant won his second All-Star Game MVP in Las Vegas, thanks to a 31-point outburst in the West’s 153-132 victory.

In an interview from Las Vegas posted on the international basketball organization FIBA website, Bryant said an NBA team could serve as an entertainment destination in the city.

“It just depends, if you have a market here, if you have a hometown market that will come to the games here,” Bryant said. “I think it would turn into a tourist attraction as well. There are a lot of business possibilities that you have, especially here in Vegas. If it is a great opportunity, it depends on venue. I think the big issue would be the venue.”

That was seven years before ground broke on T-Mobile Arena, and a decade before the city landed the WNBA’s Las Vegas Aces. Bryant has been spotted at Aces games at Mandalay Bay Events Center, including the league’s All-Star Game in June.

The NBA superstar could have been prophetic during his assessment of the city in ’07: “If they get the venue straightened out, there may be a team here in the future.”