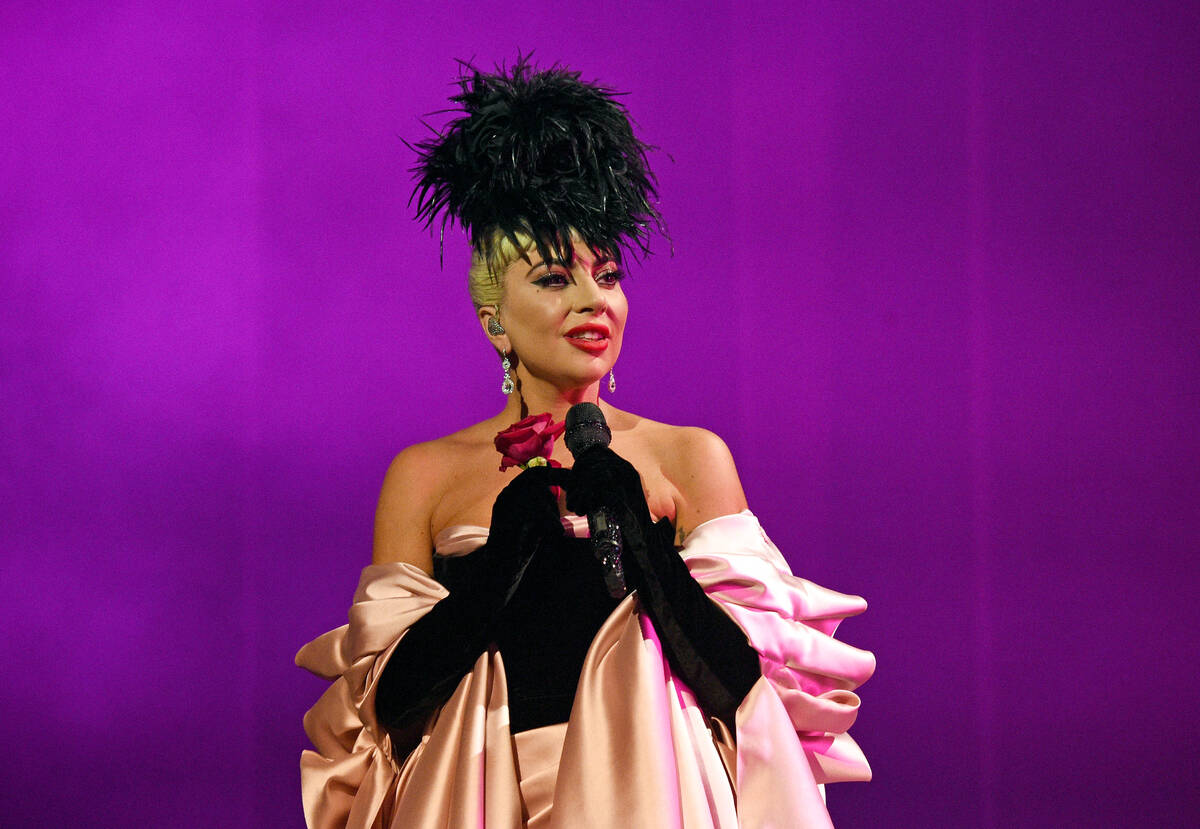 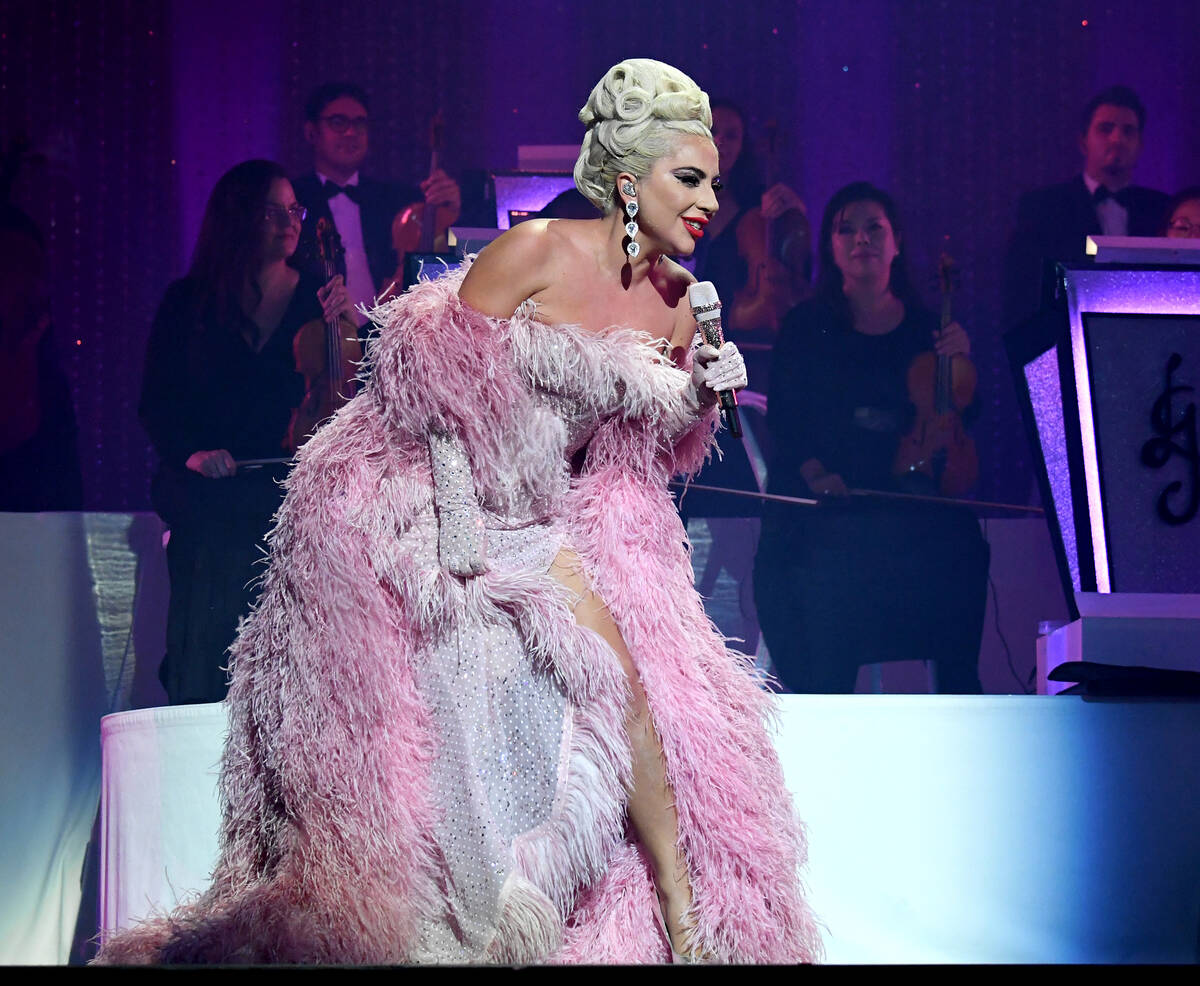 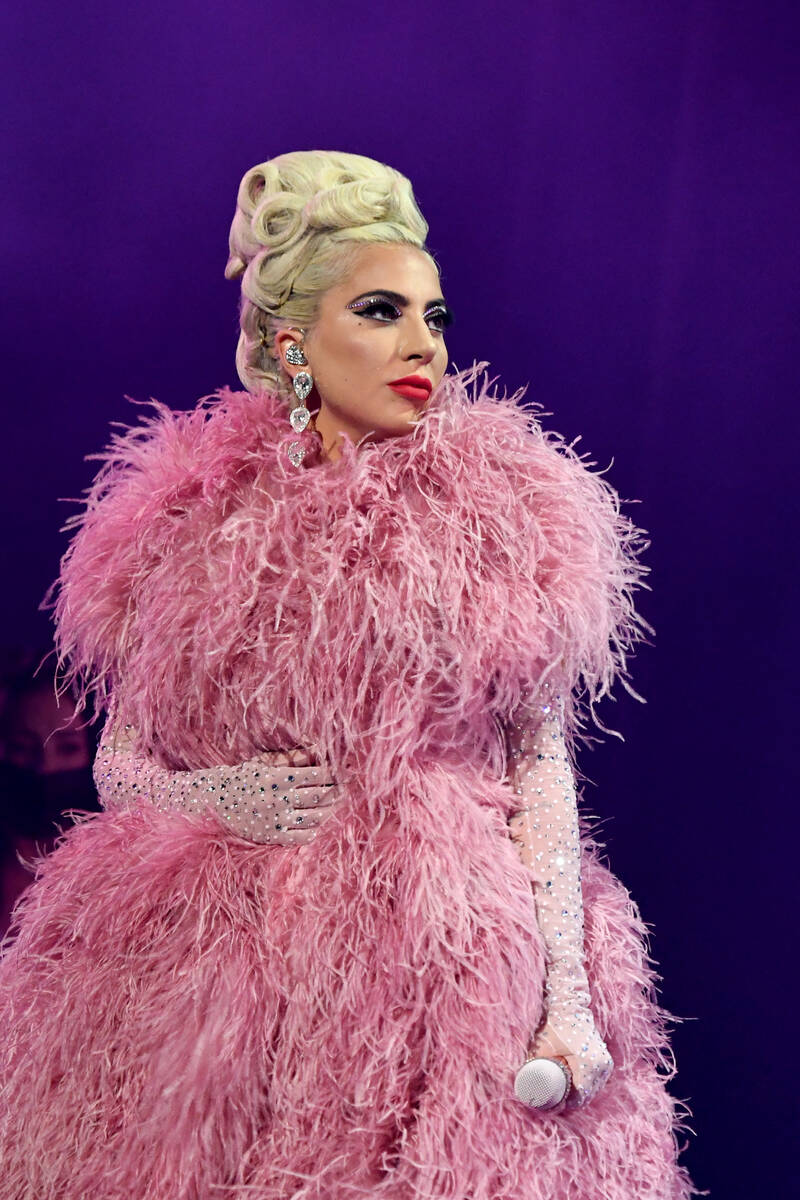 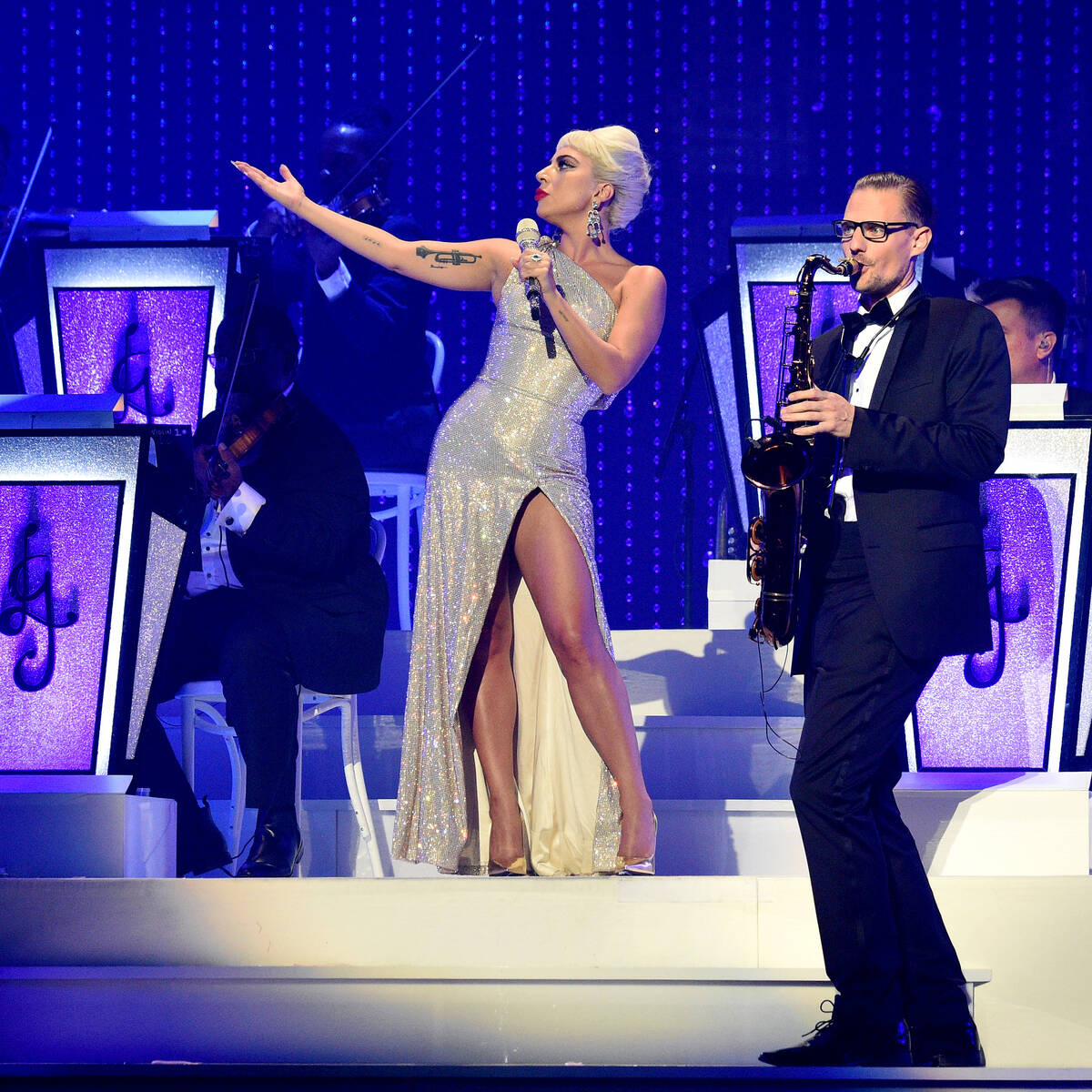 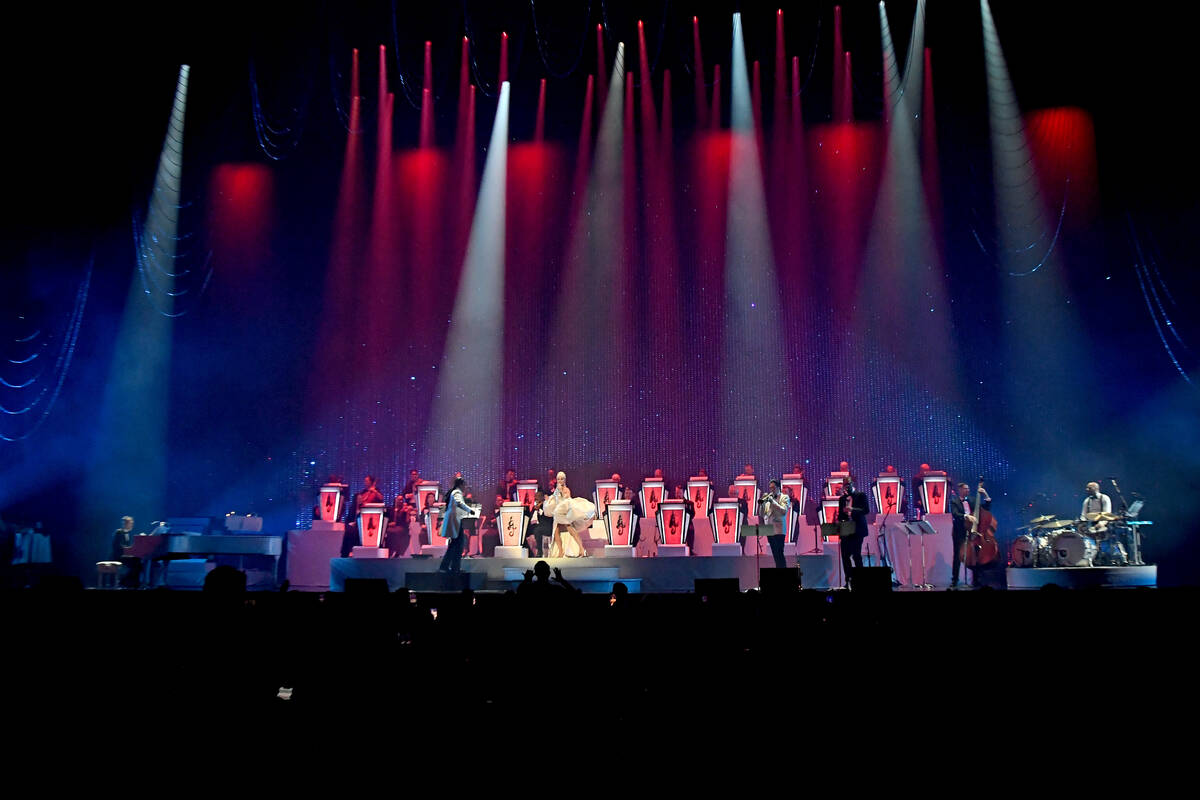 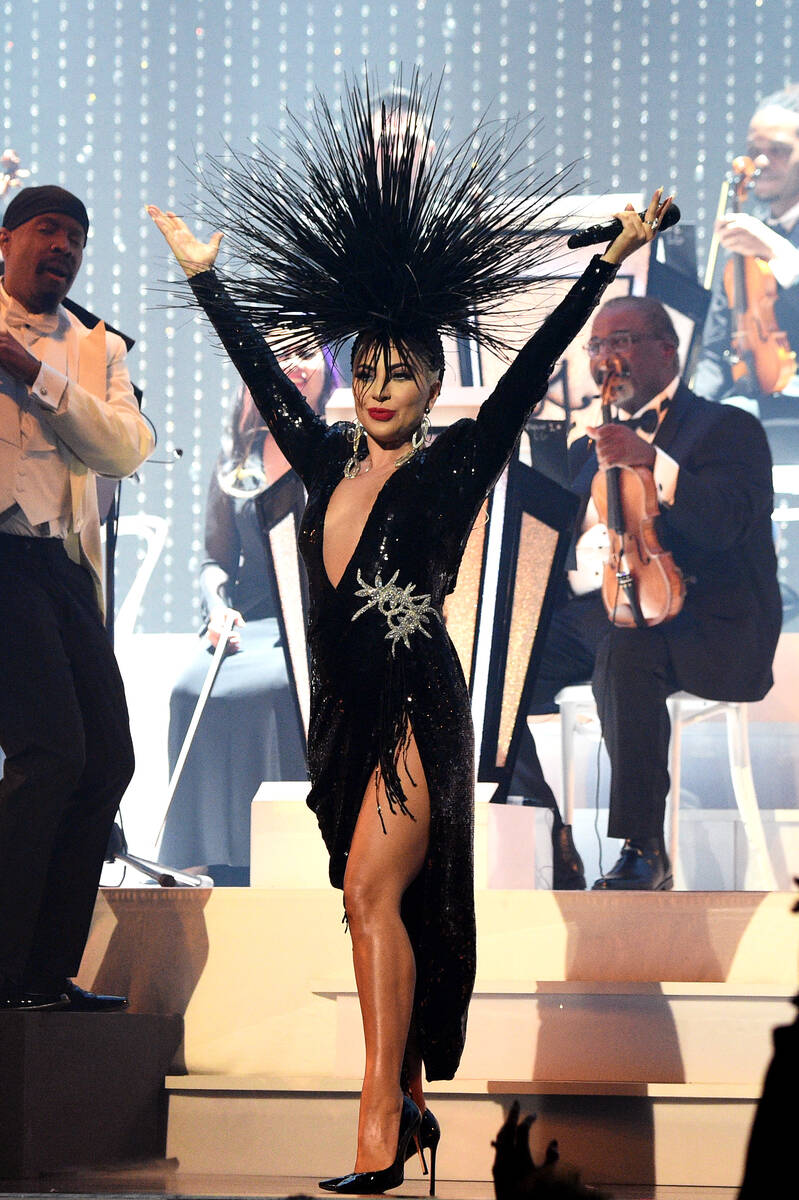 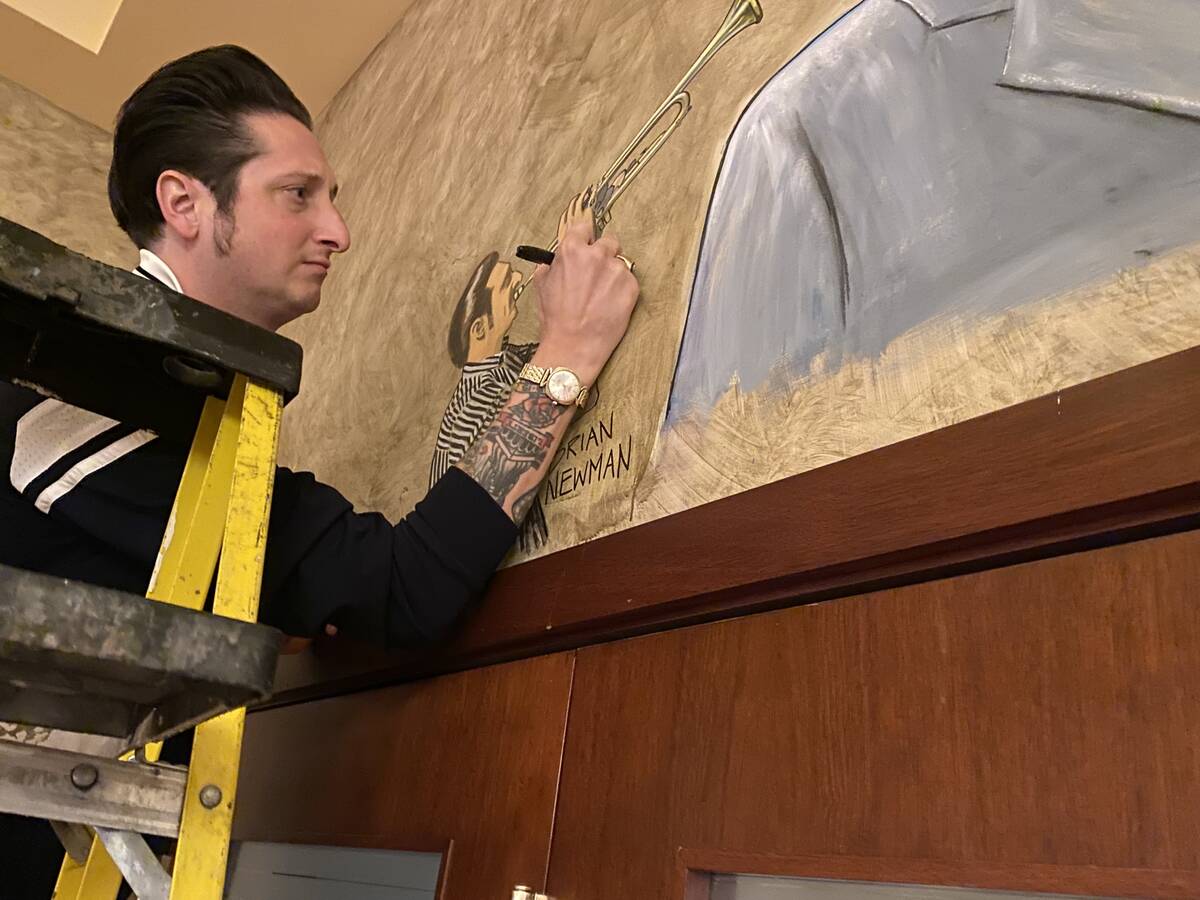 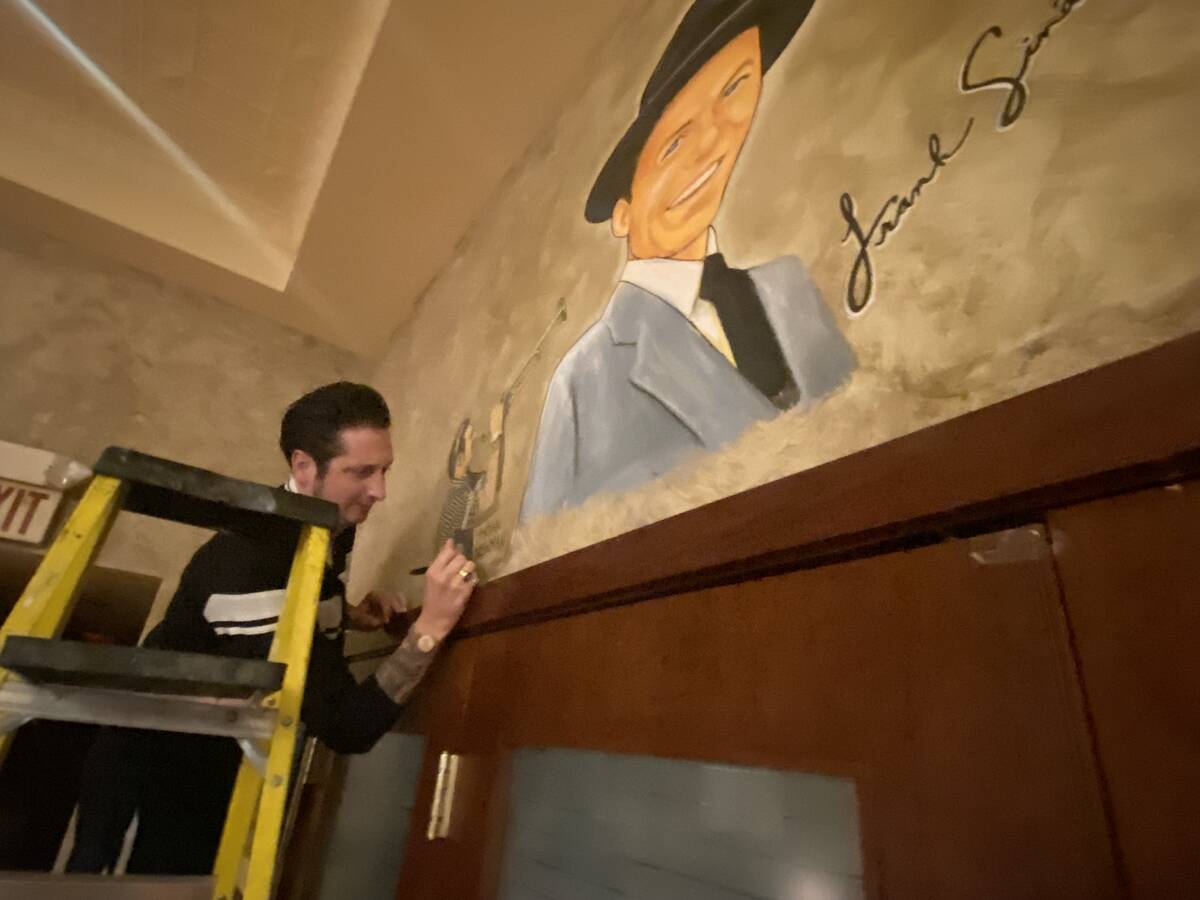 Late in Lady Gaga’s whole-souled return to the Strip on Thursday night, the fans who packed Dolby Live at Park Theater chanted her name.

That cheer didn’t last long. It’s new to Vegas, inspired early in the show, when Gaga asked a fan near the stage what was her name. The fan shouted, “Stefani!” And the superstar responded, “That’s my name! Really!” and went on to say that the music evoked in “Jazz + Piano” was so profound, she answers to her real name.

Stefani Germanotta, for the uninitiated.

By any name or title, to the venue (formerly Park Theater) or artist, “Jazz + Piano” has returned to its high standards. After a 19-month Vegas hiatus. Gaga has restored her attention to musicianship (employing a full orchestra, including several members of the esteemed Santa Fe & The Fat City Horns), her vocal quality (nailing several a cappella moments) and a half-dozen fancy costume changes.

She also called out to her old friend, and the idol of all in the room, Tony Bennett. The night sounded wonderful, she said, “But it sounds better when Tony is here.”

Luck, be a lady … how we start it w/ @ladygaga #RJnow @reviewjournal pic.twitter.com/eyn07gfWXy

Gaga did not ignore the topic of the time, mentioning the surging pandemic and remarking that many in crowd of 5,200 were wearing masks. Some were not. “We’re not here to judge each other. We’re here to love each other, and we’ll get through this.” She also suggested, “Feel free to take off your masks and dance with each other … Just stay six feet apart. (But know that Gaga’s shows do require proof of COVID vaccination upon entry.)

The superstar ran through several numbers from her previous shows, which have featured a couple of unbilled appearances by Bennett himself. The bookends are blazing “Luck Be a Lady” and “New York, New York,” with such faves as “Bang Bang (My Baby Shot Me Down”) and salacious “Call Me Irresponsible” surviving the break. Newbies to the set list include, “Rags to Riches,” (a tribute to Bennett), “Love for Sale” (as Gaga said, a phrase used by “every prostitute in Las Vegas”), “Mambo Italiano” (hello, Dino) and “You’re The Top” (Cole Porter has an indelible influence on this show).

Gaga also performed several of her hits, remarking how remarkable it is that her own compositions can stand up to the very best of The Great American Songbook. “Poker Face,” is pretty/naughty. “Bad Romance” is clean, as the star makes sure to spell out the revealing lyrics. And the raging “Paparazzi,” building to tidal wave of orchestral sound, always jolts the crowd to a standing ovation. A live version of that song in Vegas would be a hit single.

In her intro to that song, Gaga talked of being the focus of photos, living in the spotlight. “When I see that light and I go, ‘Where am I going to find it?’ I know there is something deep inside me that wanted it to be so,” she remarked, looking up to meet that light. “So that I can make you smile.” Whether those leaving were thinking of Bennett, or the Gaga’s hits, or all that jazz, she achieved it.

Transmission from the Library

Gaga’s bandleader, friend and a recent Vegas favorite, Brian Newman returned his “After Dark” show to Nomad Library (another venue renamed, formerly Nomad Restaurant). We kicked it off a little early this time, at about 11:45 p.m. The late hang/great hang featured Newman’s core band of Alex Smith on keys, Steve Kortyka on sax, Daniel Foose on bass, Nolan Byrd on drums, all of whom played the Gaga show AND a three-hour rehearsal Thursday.

It was about eight hours of music over a day and night. This crew is pulling Vintage Vegas shifts.

The show also showcased, again, the vocal acrobatics of Jaclyn McSpadden, whose “Creep” shakes the drinks. Magic Murray Sawchuck showed up with his wife of like 16 days, Dani Elizabeth, to make milk disappear. The couple was joined by Vinny “Vin A.” Adinolfi of Bronx Wanderers, catching the show for the first time.

From that table, Dani threw a pair of panties (a prop from Sawhcuck’s show at Laugh Factory at the Trop) toward Newman. The trumpet player stared at the garment and said, “Did I just go Tom Jones?” Saltier language, but that was the message. An appearance by burlesque performer Buttercup was also in this mix. Newman and the cats (and Kats) were shot afterward. As someone once said, if you want to play, you’ve got to pay. The hang is back through this weekend.

On the topic of Newman, the musician finally signed his image at Palm Restaurant at Forum Shops at Caesars during lunch on Friday. The sketch went up shortly before the pandemic. Restaurant GM Michael Martin ensured Newman was next to Frank Sinatra, the trumpet facing up to Old Blue Eyes. Brandon Flowers of the Killers is also in that row. It’s a righteous block party.

Staying, and closing, with the jazz theme, the stylish showman Jonathan Karrant is launching the “Sunday Funday” series at 2 p.m. Sunday at Notoriety Live. Karrant reaches as far back as Gaga in “Jazz + Piano,” sampling from the 1940s through the ’90s. His latest album, “Shadows Fall,” ascended to No. 4 on the iTunes Jazz Charts.

Karrant’s shows will feature guest stars, with the talented/versatile Kelly Vohnn this weekend; re-imagined classics; and there is also the great Notoriety pizza. What’s not to love? The show is also a benefit for Jazz Outreach Initiative’s new “Jazz Routes” program. JOI is giving an instrument and lesson to a student during the show. Tickets are $35-$45, hit notorietylive.com for more intel.