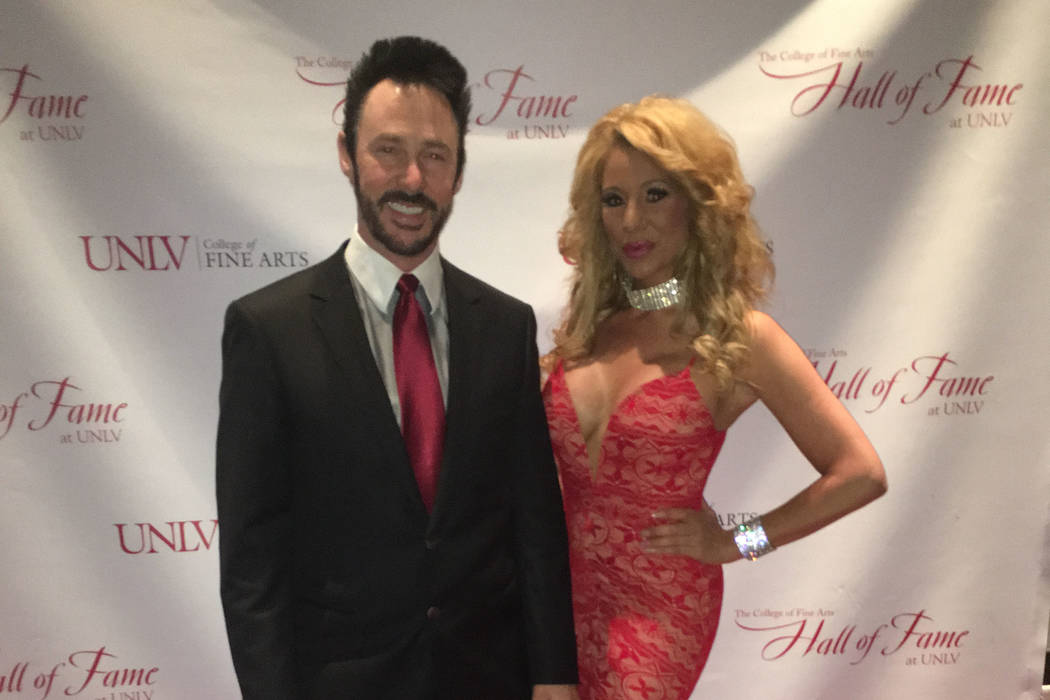 It’s been so busy lately in VegasVille that this column started at Starbucks at the Tropicana and is wrapping up at the R-J Mother Ship.

“She had her name along the marquee and I thought, ‘That looks great!’ and I walked in to see if I could find her,” Burton said before being honored at the event (along with Reynolds and a host of other entertainment greats). “She was inside, dressed in this beautiful, sparkly gown — and she was pushing a vacuum cleaner. I’ll never forget that.”

Reynolds approached Burton, at the peak of his fame on the Strip, and introduced herself. Then she said, “Would you like me to autograph a photo for your mother? I’ll bet she is a fan.”

“And you know what, she was right,” Burton said. “My mother (Hilma) was a fan. But you think about the thought that went into that gesture — she knew who in my family was most likely to be a fan, what demographic, and then signed a photo of her, on the spot.”

Fisher smiled at hearing the tale. “The moral of this story is, always take care of your fans,” he said.”They are your legacy.” Reynolds died on Dec. 28, a day after the death of her actress/author daughter, Carrie Fisher.

And the unofficial honor for “Most Asked Question” during the cocktail confab prior to the event, it would be: “When are you coming out of retirement?” Directed at Burton.

The popular, tented production at Caesars Palace held auditions at Rebar on Main Street on Tuesday night. The company is casting its upcoming national tour, launching March 22 with a three-month run at the L.A. Live Event Deck. Spiegelworld founder Ross Mollison, the show’s producer, reports that many capable acts (including at least one person dressed as a dancing phallus) turned out for a shot to perform in the offshoot production. The whole spectacle was recorded with hopes of airing it as a cable TV show. If that doesn’t work out, there’s always YouTube.

Andrew Dice Clay is booked for a one-off show April 22 at the suddenly percolating Tropicana Theater. The Diceman is expected to return to regular performances at the Laugh Factory at the Trop this year, though no dates are yet set.

The hotel is playing off Clay’s exposure on his Showtime series “Dice,” which resumes Season 2 in July; and the winning run of he and his wife, Valerie, on the Fox show “My Kitchen Rules.”

I misfired on the surname of “Mama” Maria Perry in Tuesday’s column. Perry is her last name; I had it as Bono, which is the name of her son-in-law Dennis Bono and a name shared by Maria’s daughter, Lorraine Hunt-Bono.