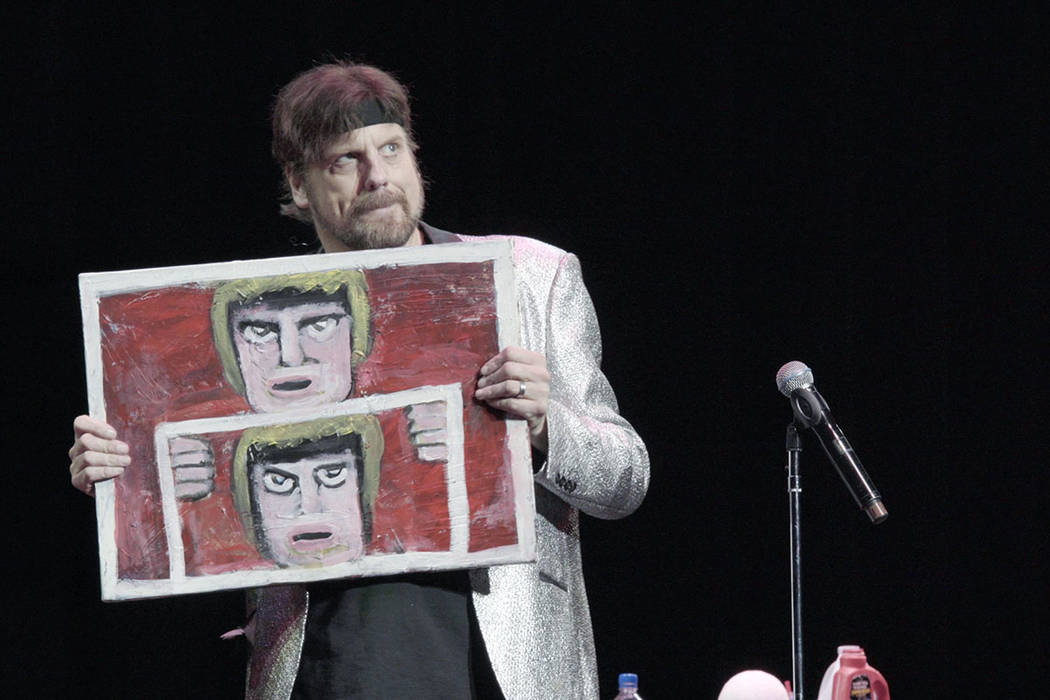 A still from "The Untitled Amazing Johnathan Documentary" by Ben Berman, an official selection of the U.S. Documentary Competition at the 2019 Sundance Film Festival. (Courtesy of Sundance Institute) 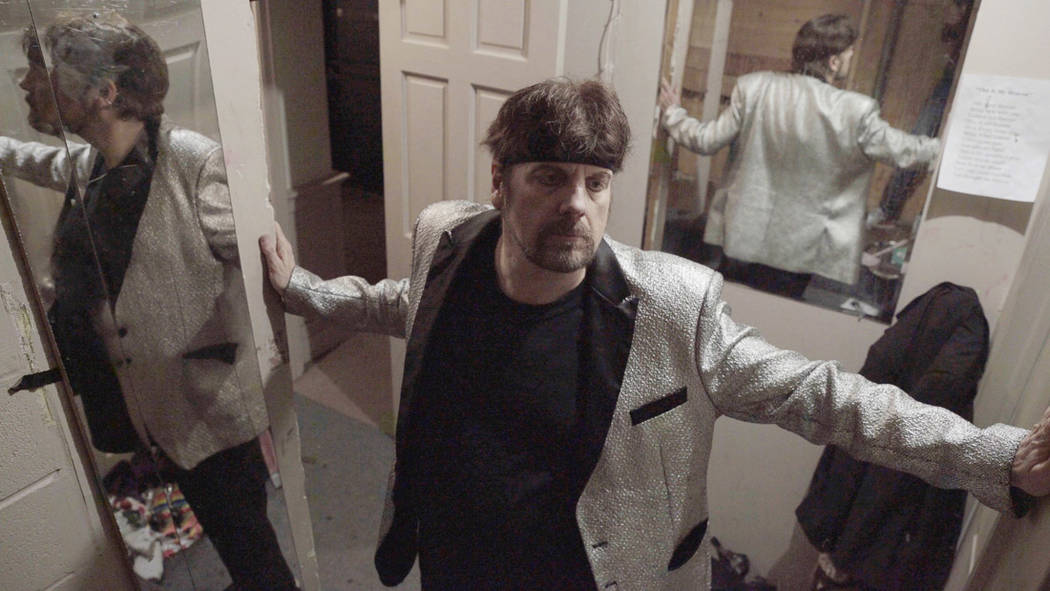 A still from "The Untitled Amazing Johnathan Documentary" by Ben Berman, an official selection of the U.S. Documentary Competition an at the 2019 Sundance Film Festival. (Courtesy of Sundance Institute)

Deep into a chat with The Amazing Johnathan, you tell the Las Vegas entertainment icon, “This is like talking to a zombie. I don’t mean that in a bad way, either.”

“I don’t take it bad,” the comic magician says. “I know what you mean.”

As his friends, family and fans are all too aware, A.J. himself says he should have expired about four or five years ago from the degenerative heart condition cardiomyopathy. His circulation is a constant concern, and he’s had infected bones removed from his toes. Doctors have bored a hole in his left foot, to keep it sanitized, and must keep it dressed at all times.

Once a sellout performer at Golden Nugget, A.J. today can’t perform a full show, leaning (sometimes literally) on his stage assistant and wife, Anastasia Synn, herself a top-level performer.

Even so, the defiant magician continues as a pillar among the undead, advancing his career even as his health fails. Currently he is the focus of the film, “The Untitled Amazing Johnathan Documentary,” making its Las Vegas premiere at 7:30 p.m. Sunday at Las Vegas Film Festival, being held at Brenden Theaters at the Palms. A.J. will host a post-screening chat about the film, if he’s up for such.

Johnathan (legal name Johnathan Szeles) revealed a second documentary crew is also working on a film — titled “Always Amazing” — and a stunning twist that sends the project careening. Vegas headliners Penn Jillette, Carrot Top and Criss Angel are among those interviewed. The film premiered at Sundance this year and won the best documentary award at Detroit’s Freep Film Festival this month.

Director Ben Berman rides the Tilt-A-Whirl with Johnathan, tormented by the project’s careening trajectory and even filming the former Strip headliner as he smokes methamphetamine.

“Yeah, they filmed me smoking my (expletive), but I wanted this to be a completely honest. That was the whole point in doing it in the first place,” Johnathan says. “My doctors have told me, ‘Keep doing what you’re doing!’ but they didn’t know what I was doing until they wanted to put me under general anesthesia to work on my foot. I had to tell them then.”

A.J. still smokes, too, consequences be damned. “I’ll never, ever quit,” he says.

Confoundingly, the magician explains that he has managed to succeed despite what for all the world is a ruinous lifestyle. “I don’t do any drugs that make me goofy. I haven’t lost everything,” he says, discounting his own toes.

But the Amazing one does say something with which we can agree, “I don’t understand it, either. I don’t know why I’m still here.”

Ex-Zappos theater headliner Britney Spears was released Thursday from her monthlong stay in a mental-health facility. She’s since been spotted at a yogurt shop, hair salon and tanning boutique in L.A., looking like she’s living something of a normal existence. Spears was a lively topic at Perez Hilton’s The PHP podcast taped Saturday afternoon at the Space.

”When I worked at MTV, I spent a day with her,” Booker said referring to a “First Listen With Britney Spears” special he hosted in the early 2000s. “The word is ‘aloof.’ “

Britney Spears is back home and getting back into a routine and that begins with a serving of UV rays. #tmz #britneyspears #home #music 📷Backgrid

“The word is robotic!” Hilton shot back. “She has always been working, in theater in New York, on ‘The Mickey Mouse Club,’ all the time, and she has been programmed like a robot!”

“I’ll use aloof,” Booker said. “I was around her for seven or eight hours, around her interactions with her inner circle, with me, with everyone off-camera. That’s how she is. She’s just different.”

Taylor Swift’s collaboration with Las Vegas-raised Brendon Urie of Panic! At the Disco, “ME!” has the highest number of YouTube streams ever in a 24-hour period for solo artist. She reached 56.9 million streams by the 24th hour.

Dionne Warwick is disputing reports out of Cleopatra’s Barge that she had planned to move into the Caesars Palace live-entertainment venue after she closes at Bally’s this month. But Warwick, whose fans turned out in growing numbers during her four-week run, does want to be back on the Strip.

Angel joined Backstreet Boys onstage in BSB’s penultimate show in their “Larger Than Life” residency at Zappos Theater at Planet Hollywood. Donning shades and a black tanktop, Angel grooved a little as the guys sang, “Shape of My Heart.” Rampant bromance ensued.

The Animal Foundation’s annual Best In Show doggie-adoption event is 1 p.m. at Thomas & Mack Center. A total of 50 shelter dogs are available for adoption in this showcase, which doubles as a dog show with separate divisions. I’m judging the large-dog group (keep an eye on Great Dane/Dalmatian mix Dottie, a sleeper in this field).

Evel Pie Managing Partner Branden Powers is offering workers laid off by MGM Resorts International last week and up to four members of their immediate families a free cheese or pepperoni pizza slice and fountain drink, or draft beer, from 2 p.m.-6 p.m. Tuesday. A valid “notification summary” and ID are required.

The Las Vegas Jazz Society is holding a benefit at Copa Room at Bootlegger Bistro from 2 p.m.-5 p.m. Sunday. Comic legend Pete Barbutti hosts, with The Boneheads with Curt Miller and vocal great Marlena Shaw performing. Trumpet virtuoso Carl Saunders is music director. Cost is $20 (a mere pittance), including appetizers. Purchase at LVJS.org, or call the LVJS at 702-313-6778.