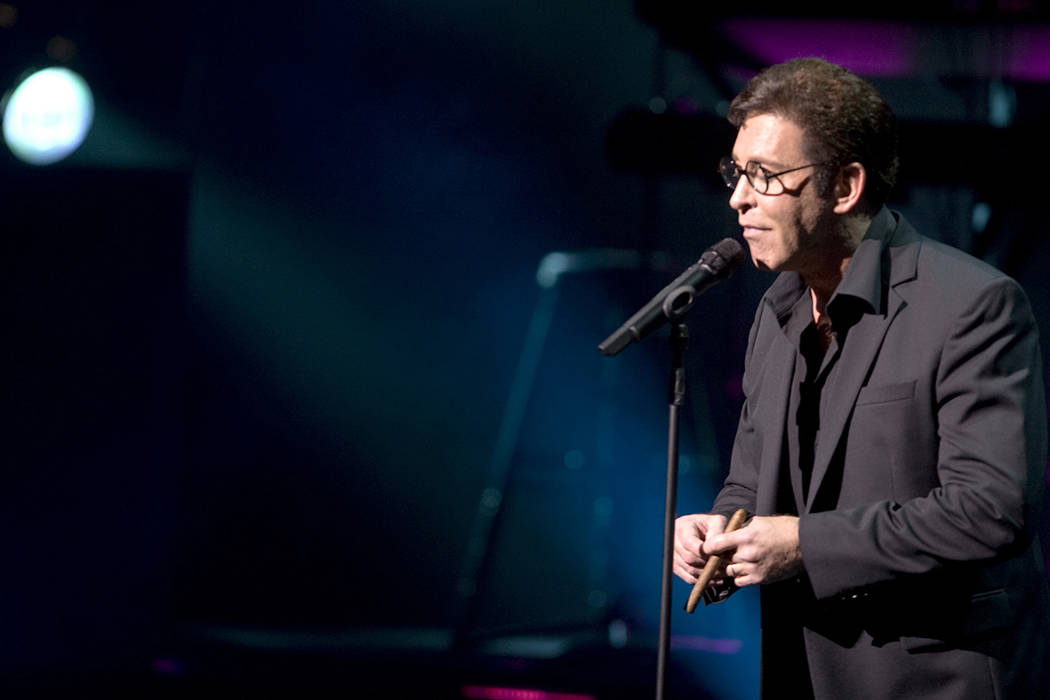 Las Vegas headliner Danny Gans does an impression of George Burns at the Encore Theater inside the Encore hotel-casino on Feb. 6, 2009, in Las Vegas. (Las Vegas Review-Journal) 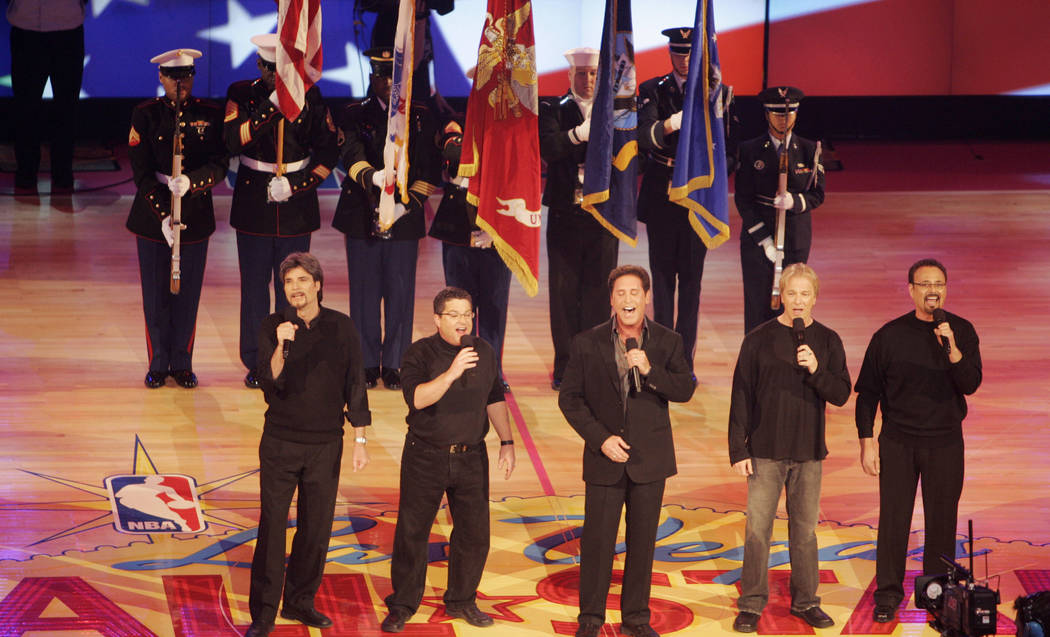 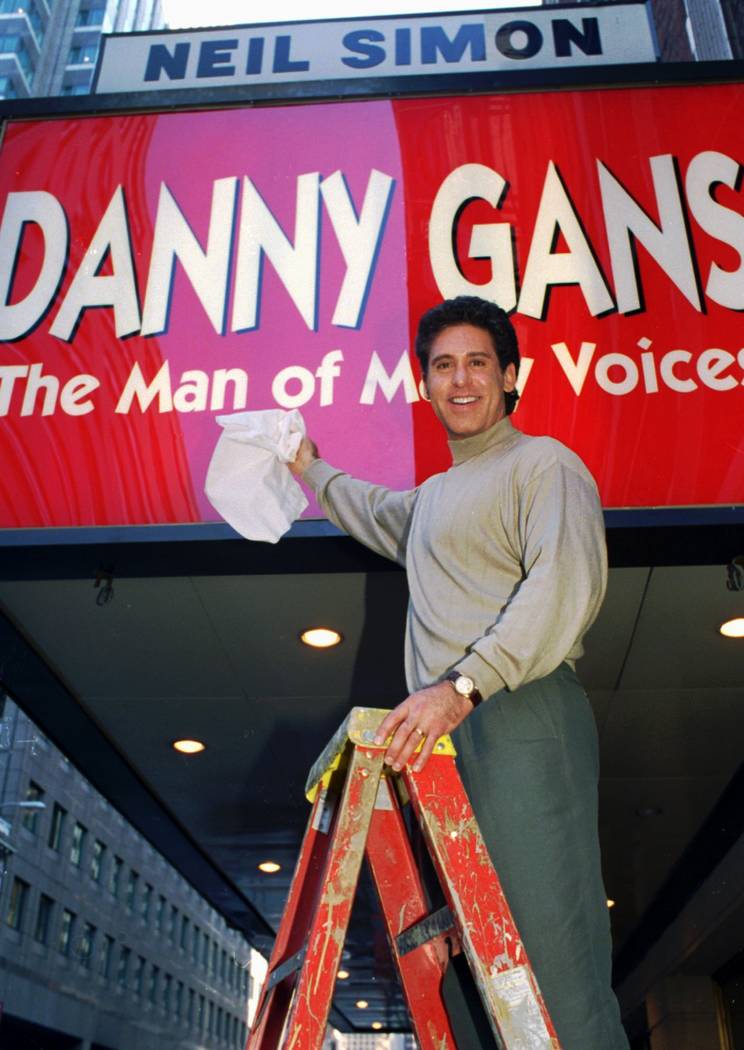 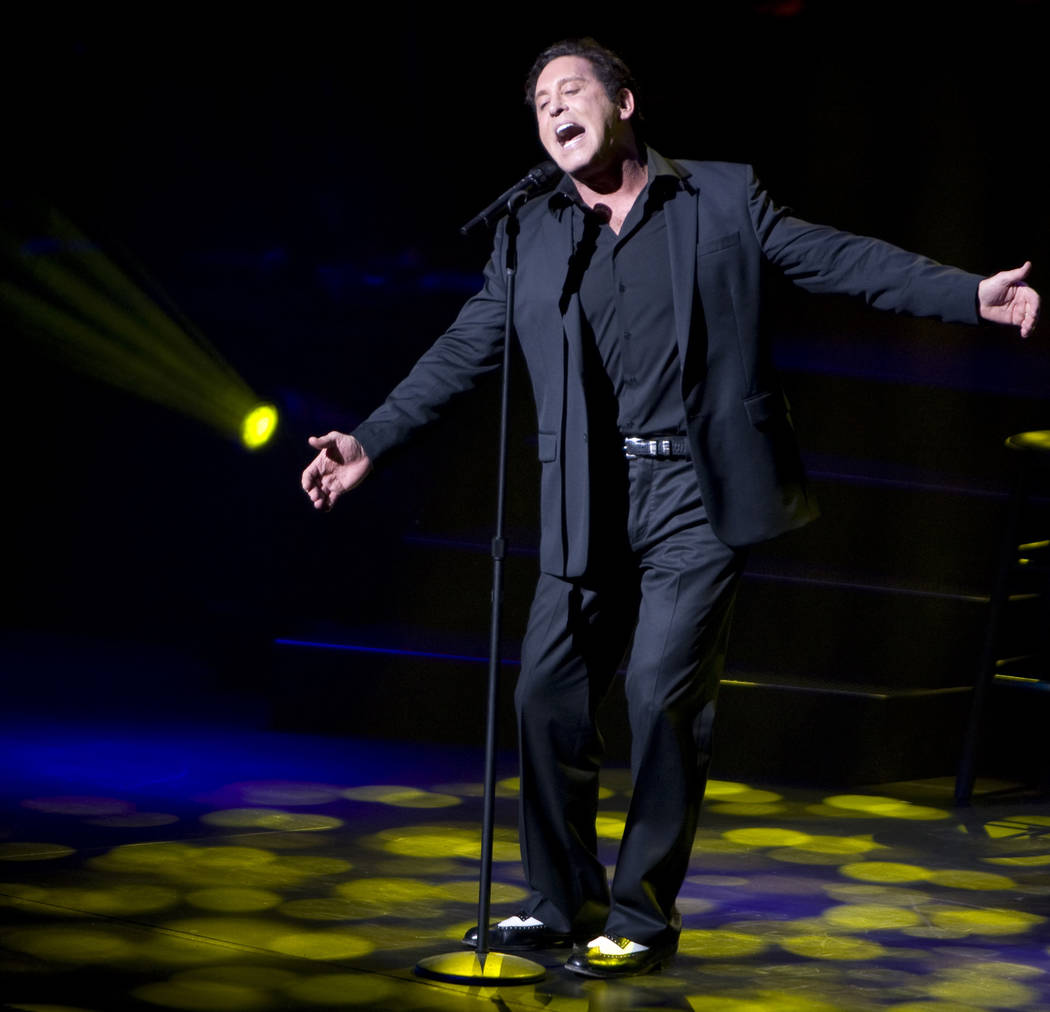 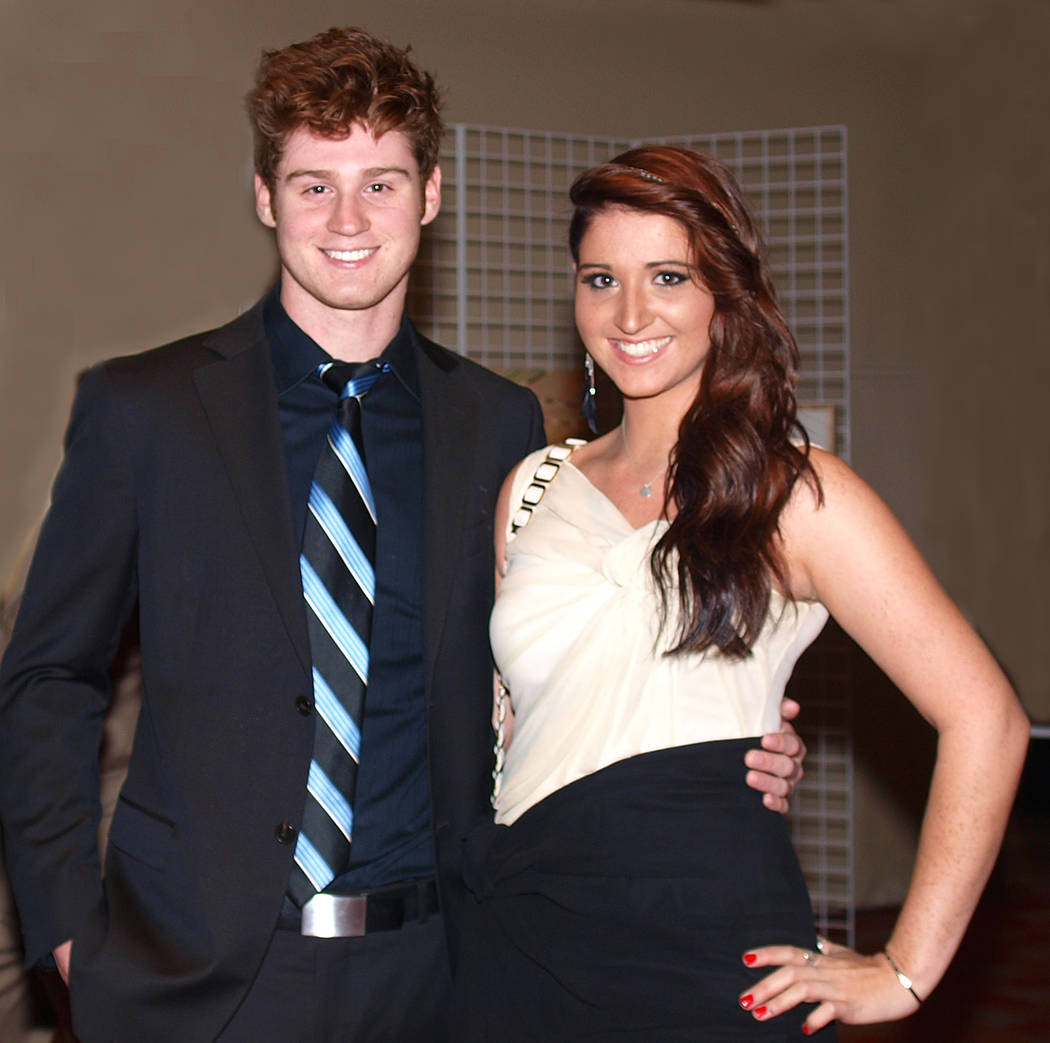 Andrew and Amy Gans accept a posthumous Artist/Entertainer Hall of Fame award on behalf of their father, Danny Gans, during the ceremony at UNLV in April 2011. (UNLV College of Fine Arts)

Danny Gans is returning to headliner status in Las Vegas — in the form of a documentary being directed by his son, Andrew.

Andrew Gans and his Glanzrock Productions company is teaming with the SuperFilms! production company of Los Angeles on the yet-untitled project. The crew is beginning interviews in Las Vegas next week, with several people who knew Gans being sought to participate.

There is no set lineup or time line, but such luminaries as Donny Osmond, Tony Orlando, Larry King, Terry Fator, Clint Holmes and Mayor Carolyn Goodman have been confirmed as interview subjects. Members of Gans’ band, too, are participating. The crew is shooting on locations around Las Vegas, including Gans’ former theater at Mirage.

A major draw on the strip from 1996-2009, Gans was an expert impressionist who headlined at Stratosphere, Rio, Mirage and Wynn Las Vegas. Gans was the first star headliner to command a $100 (well, $99) ticket in his days at the Rio.

Gans’ peak period was at the Mirage from 2000-2009, when Steve Wynn built a theater named for him, which has since been renamed for Fator. He and Shin Lim headline that venue today.

Wynn then pulled Gans to Encore Theater in early 2009 as the replacement for “Monty Python’s Spamalot.”

Gans died on May 1, 2009, at his home in Henderson. The Clark County coroner’s office ruled the cause and manner of death was a pre-existing heart condition exacerbated by an adverse reaction to the prescription opiate Dilaudid. The death was ruled accidental. Gans was 52, and still a top draw on the Strip.

Donny on the run

On the topic of Gans, and also Osmond, the two were friends in the days when Donny & Marie opened at the Flamingo and Gans had moved to Encore Theater. The two were known to text jokes back and forth to use in their respective shows. Upon Gans’ death, Osmond vowed to host the annual Danny Gans Memorial Champions Run for Life benefit for the Nevada Childhood Cancer Foundation for as long as Osmond was a Strip headliner.

“I might be flying in once in a while just to check on the kids I’ve grown to love over the last 10 years,” Osmond says. “Bottom, line, it’s all about those sweet kids and what they are going through in their lives. I’ve been so fortunate to take over what Danny started.”

NCCF President Jeff Gordon adds, “Not only has Donny so beautifully kept Danny’s legacy and love for the Foundation alive, but he has become so loved by the children, as he has made them feel so special and important each year. Our love and admiration will always go with Donny, a very special man.”

Osmond’s dedication to this cause is one of the many reasons he, and Marie, are going to be sorely missed in this city.

Journey drummer Steve Smith is being featured away from the band’s residency at the Colosseum at Caesars Palace this month. He’s set to appear at 7 p.m. Oct. 17 and again Oct. 24 at Carnevale Gallery at Caesars Palace. Smith opened this series Thursday. Journey’s residency, which runs through October and returns in December, opened Wednesday night.

Using customized drum sticks, Smith will demonstrate how he creates abstract art pieces while performing. His drumming motion is captured through a photo-synthesis process, creating these dazzling works. Go to stevesmithdrumart.com/caesars for info.

Smith is also appearing from 3 p.m.-5 p.m. Sunday with Las Vegas drumming icon Bobby Morris from at Family Music Centers at 2714 Green Valley Parkway in Henderson for a dual signing of Morris’ memoir, “Bobby Morris: My Las Vegas” and Smith’s own, “Pathways of Motion” instructional book. Publisher Rob Wallis is also flying in from New York to take part in the event.

Stirling Club at Turnberry Place on Saturday night is presenting a night of magic, and food, and some more magic and even more food. The Conjurer is the sleight-of-hand artist headlining a four-course dinner experience at The Spirits Lounge from 6:30 p.m.-9:30 p.m. Cost is $69, which is not a mere pittance, but Stirling Club is in a regal revival under new owner Richard Ditton and president Debbie Kelleher. This event is open to the public, non-members welcome. Go to stirlingclublv.com for info.