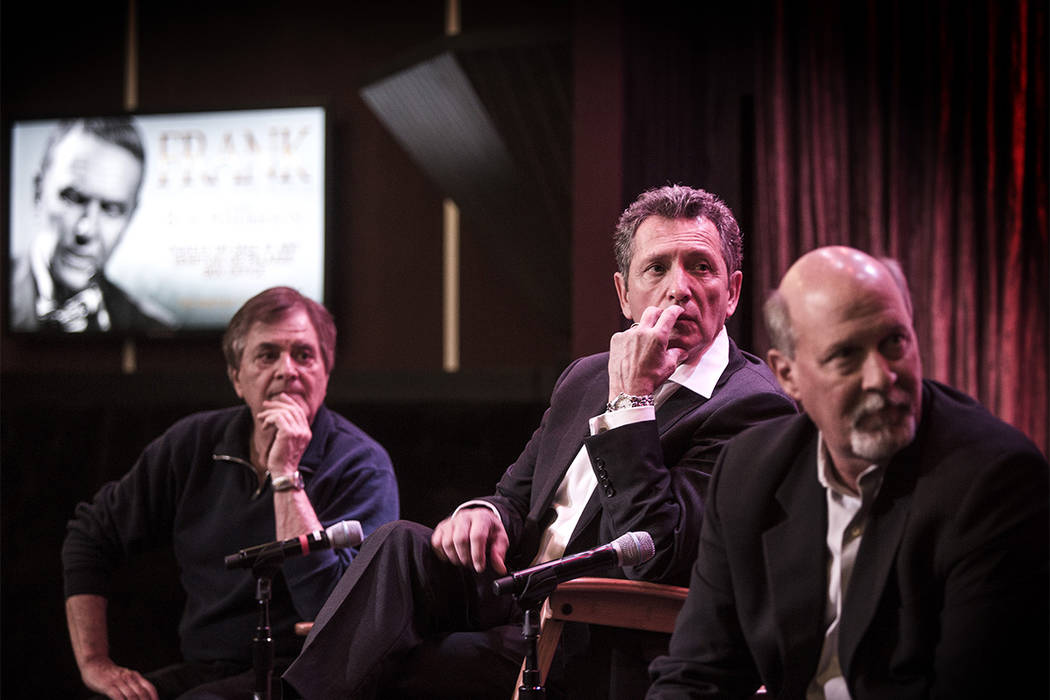 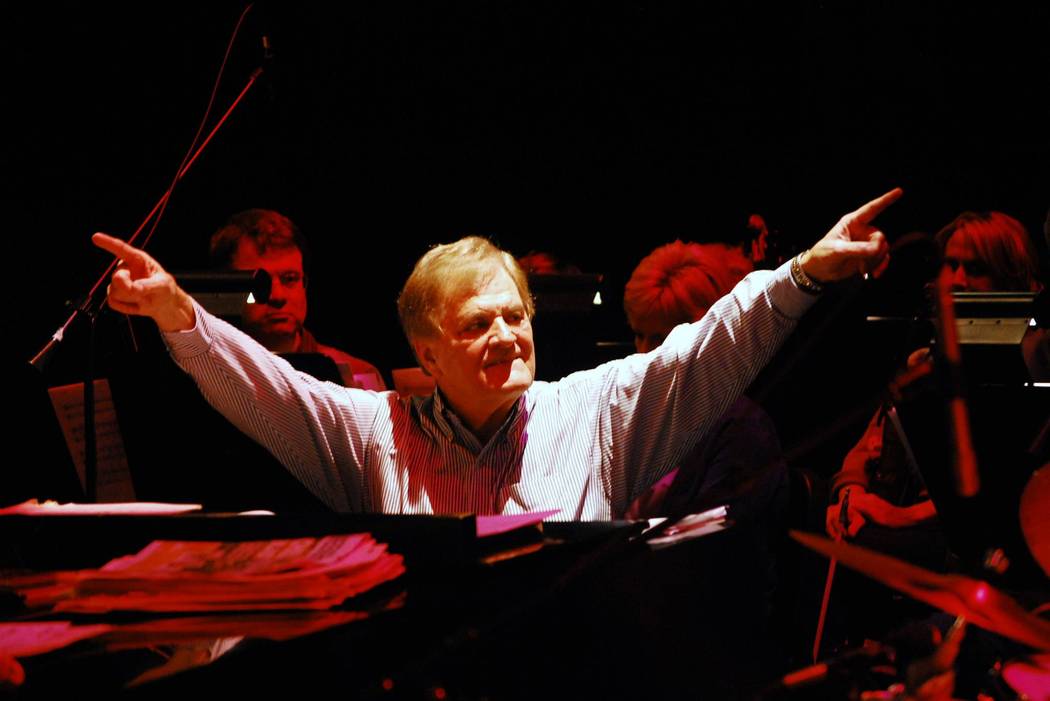 Vincent Falcone was pianist and music director for several superstars, including Frank Sinatra and Tony Bennett, in a career in Las Vegas dating to 1970. He died of brain cancer in Los Angeles on Friday, March 24, 2017 at age 78. (Dave Bancroft photo) 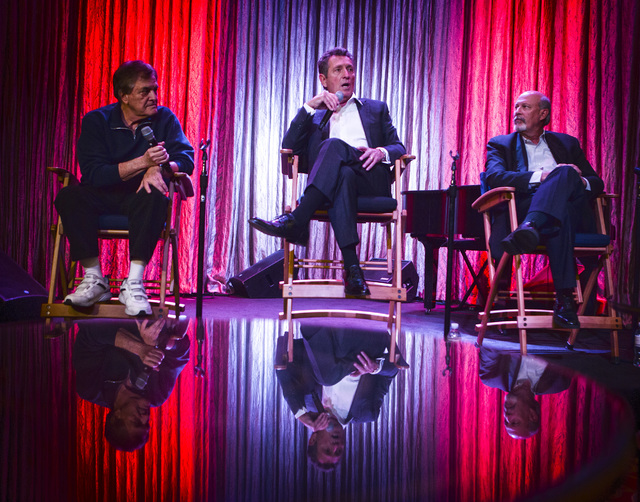 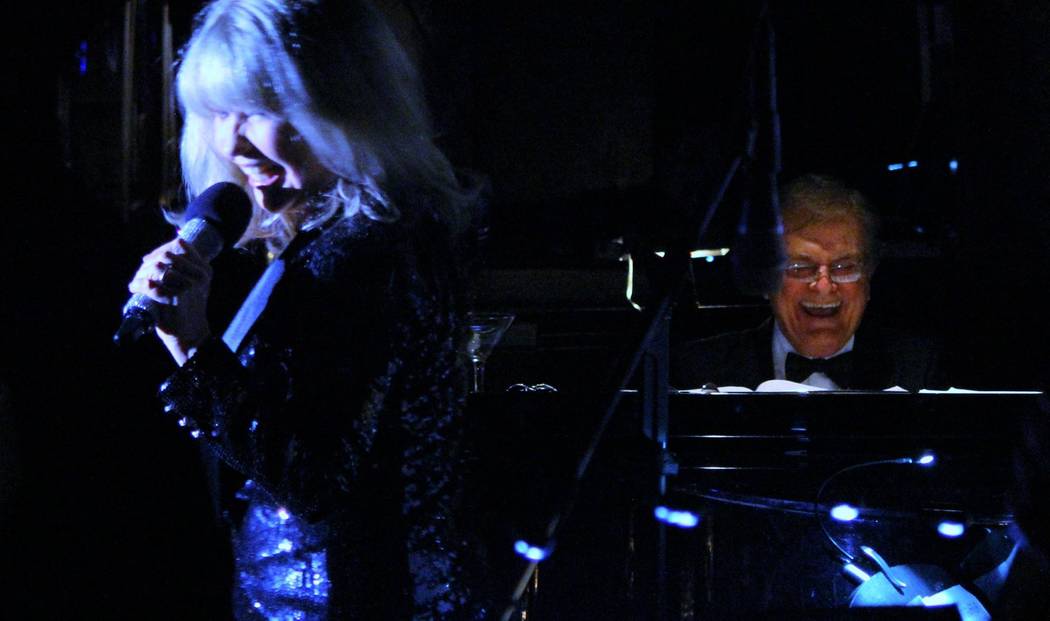 Vincent Falcone was pianist and music director for several superstars, including Frank Sinatra and Tony Bennett, in a career in Las Vegas dating to 1970. He is shown here with Pia Zadora during her "Pia's Place" showcase at Piero's Restaurant. Falcone died of brain cancer in Los Angeles on Friday, March 24, 2017 at age 78. (Dave Bancroft photo) 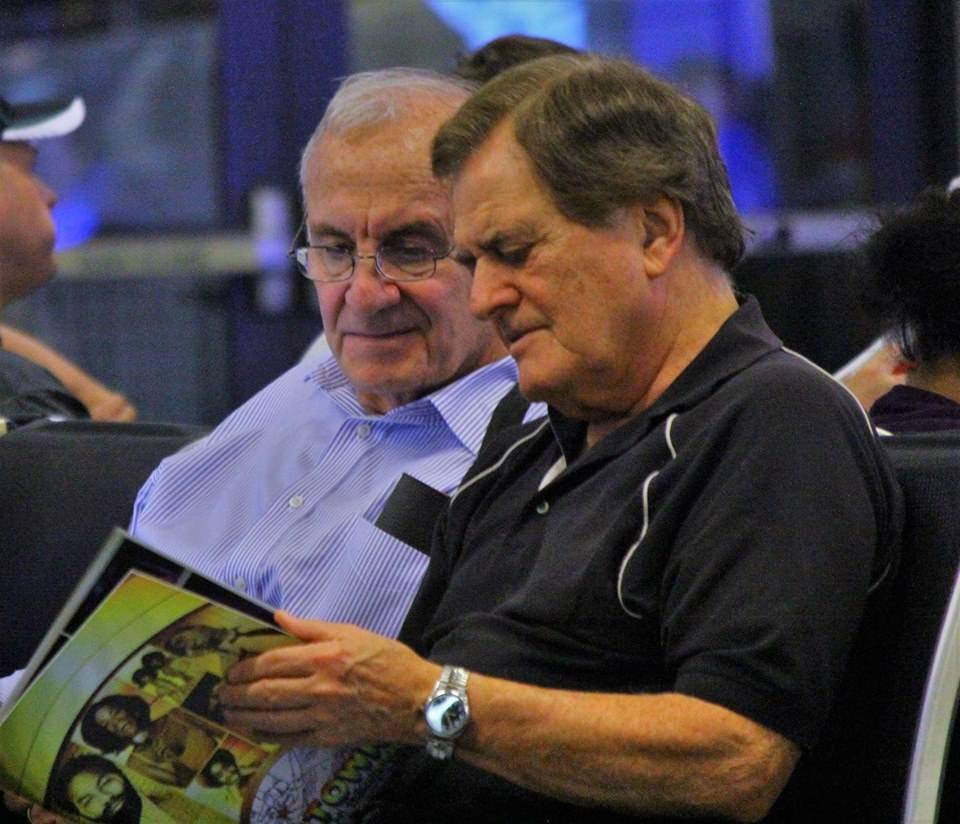 Vincent Falcone was pianist and music director for several superstars, including Frank Sinatra and Tony Bennett, in a career in Las Vegas dating to 1970. He is shown here with his longtime friend and guitar great Joe Lano. Falcone died of brain cancer in Los Angeles on Friday, March 24, 2017 at age 78. (Dave Bancroft photo) 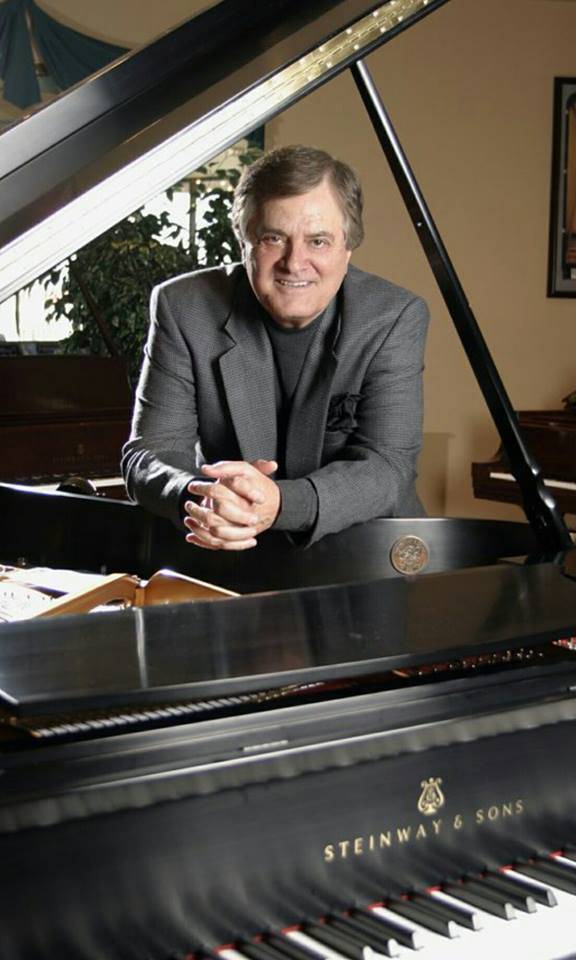 Vincent Falcone was pianist and music director for several superstars, including Frank Sinatra and Tony Bennett, in a career in Las Vegas dating to 1970. He died of brain cancer in Los Angeles on Friday, March 24, 2017 at age 78. (Dave Bancroft photo)

The message to Danny Falcone was simple enough, but it revealed all:

“When was your father’s birth date?”

Vincent Falcone, the master Las Vegas pianist and music director for many of the giants in the entertainment industry, died late Friday night in Torrance, Calif. Falcone had suffered from brain cancer for about a year. Last March, he was diagnosed with an advanced form of glioblastoma multiforme brain cancer.

Falcone underwent surgery at UCSF Medical Center in San Francisco, but never fully recovered. He had talked of re-animating his left hand so he could once more play the piano with both hands, but was never able to return to form.

Danny Falcone, a popular trumpet player in Las Vegas as a member of Celine Dion’s orchestra and Santa Fe & The Fat City Horns, said his father died peacefully at 10:55 p.m., surrounded by family and loved ones. Falcone recently moved to Los Angeles to live with his son Jeff and had been admitted to Torrance Memorial Medical Center.

“I’m sure you can appreciate this is a difficult time for our family and we will reach out at a later date with more information,” he said.

Falcone later said in a phone conversation that the family wanted to maintain its privacy during “a very tender time for us” and that a small private service would be planned.

Vinnie, as he was known to so many of his friends in the Las Vegas music community, was known as a stern taskmaster among his fellow musicians and a wonderful piano player.

Falcone’s ear for music was as legendary as his nimble hands. A classic Falcone tale: During rehearsals for the Joe Williams Scholarship Concert at UNLV’s Artemus W. Ham Concert Hall — Falcone donated his time and talent for nine of these fundraising shows — he detected a faulty sound from the stage.

Onlookers chuckled. Falcone had detected a flaw in a specific trumpet in a full horn section.

Falcone enjoyed spinning tales of his career, especially those centering on his time with Frank Sinatra, always, “Mr. Sinatra,” in Falcone’s retelling. A favorite was from September 1981, when Sinatra and Luciano Pavarotti were to headline at Radio City Music Hall in New York.

As the show’s music director, Falcone had written a medley of Neapolitan songs, Italian ballads, among them “O Sole Mio” and “Santa Lucia.” During rehearsal, the two legends swapped the lines of “O Sole Mio.”

“Mr. Sinatra starts it his way,” Falcone remembered one night a couple of years ago, during a late-night hang at the Italian American Club. “It was beautiful, very romantic.”

Pavarotti then took his turn.

“Luciano opens his mouth, and I wanna tell you, it was like somebody turned off a transistor radio and turned on a 400-watt stereo … I get goosebumps thinking about it,” Falcone said. “Mr Sinatra hears that, and he was stunned. He looked at me and says, ‘What the (expletive) was that!?”

Falcone was born in Syracuse, New York. He started to play piano at age 3. He studied jazz and classical piano at Syracuse University, before moving to Las Vegas in 1970. He was hired as the house pianist and music director at Caesars Palace.

Falcone quickly developed his reputation as a master musician and conductor with unbending standard. For those reasons, he was soon sought out by the best of the best to conduct their orchestras.

Falcone toured for years with Sinatra during the end of Sinatra’s career, a partnership that stretched from 1976 to 1982 and again from 1985 to 1986. He also worked with a veritable list of entertainment all-time greats, among them Tony Bennett, Steve Lawrence and Eydie Gorme, Paul Anka, Robert Goulet, Andy Williams, Connie Francis, Diahann Carroll, the McGuire Sisters, Jack Jones, James Darren and Eddie Fisher.

Falcone’s most recent Strip gig was as music director for Bob Anderson’s “Frank, The Man, The Music” production at Palazzo Theater, recreating Sinatra’s greatest hits alongside his longtime friend as Sinatra. That show ended its run in November 2015.

Falcone’s final public performances were a little more than a year ago as music director for Pia Zadora’s “Pia’s Place” dinner shows at Piero’s Restaurant. It was during those shows in late-February 2016 that Falcone noticed his left hand was not playing properly and he was struggling to recite music that had previously been second-nature to him.

Three weeks after his final performance, Falcone was delivered his diagnosis and never returned to the stage.

Zadora had known Falcone for 35 years, working with him when she was opening act during Sinatra’s world tours.

“He was a very spiritual man in a very direct way,” Zadora said Saturday. “He was passionate, he was tough, he was a perfectionist — he wanted everything perfect — but if you were part of his extended family, he would give you his whole heart.”