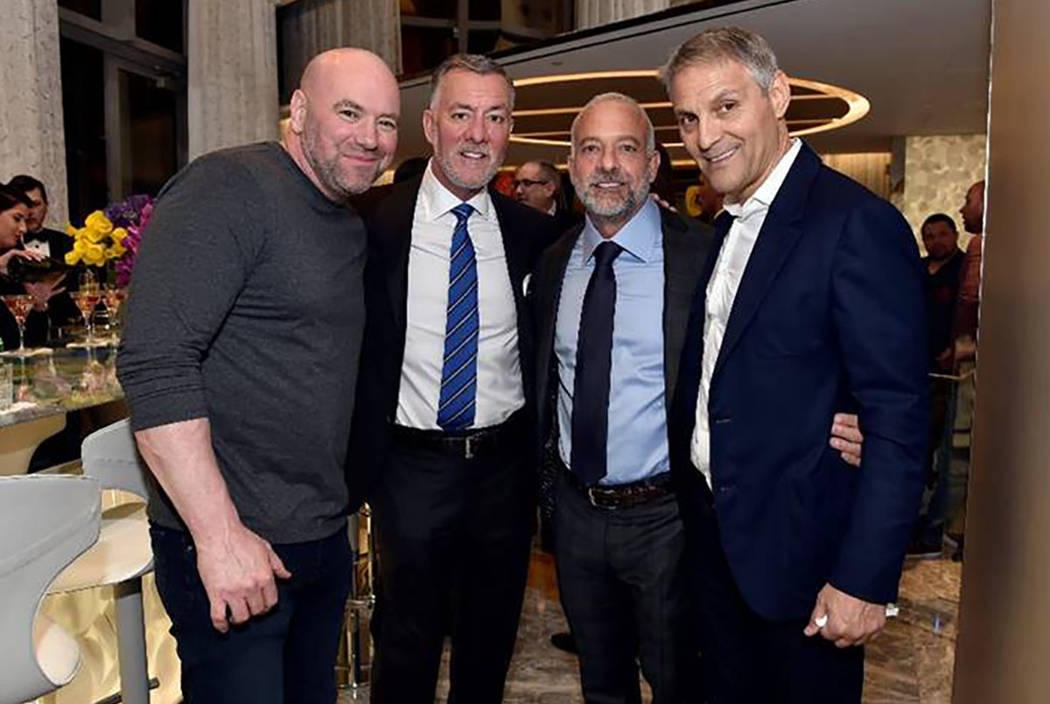 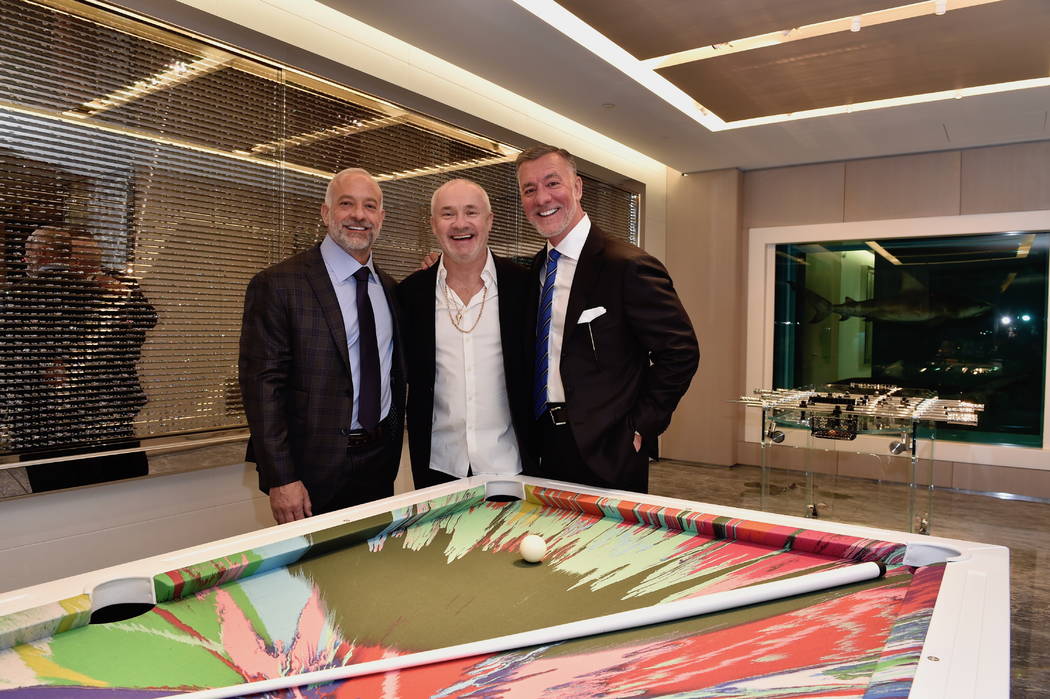 It was one of those parties where, over here are the Ruvos, over there are the Fertitta brothers, and is that not a Maloof at the VIP table?

A crowd of Vegas heavyweights turned out for the opening of the Empathy Suite at the Palms, the gorgeous enclave in the hotel’s Sky Villa collection. All six high-level suites have been ‘re-imagined” Empathy Suites, the crown jewel of that collection, has designed by famed artist Damien Hirst, who was in Friday night’s fete.

The Empathy Suite is billed as one the world’s most expensive hotel accommodations, with a $200,000 rate for a two-night stay. The 9,000-square-foot suite on the 34th floor is reserved for the Palms’ million-dollar players (I’m staying there next weekend, ha).

“I love what Frank and Lorenzo Fertitta have done with the Palms. It’s amazing being able to work with them because they are great collectors and totally understand art,” Hirst said, referring to the Fertittas’ vast personal collection. “They have allowed me to create a suite in the hotel and design everything and completely fill it with my art.”

A half-dozen of his pieces are on display: “Winner/Loser,” which is a pair of bull sharks suspended in formaldehyde in a white tank set into the wall of the suite; “Casino Royal,” a 10-panel collection of butterfly motifs on monochrome gloss-painted canvases, a medicine cabinet titled “Vegas,” “The Winner Takes It All” and “Money.”

Artists DabsMyla, Revok and Olivia Steele, all of whom have collaborated with Palms, were also in attendance.

The in-hotel estate is the latest facet of the hotel’s $690 million upgrade, which is nearly complete. Up next is the April 5-7 opening of Kaos Nightclub, which a work of art of an entirely different order.