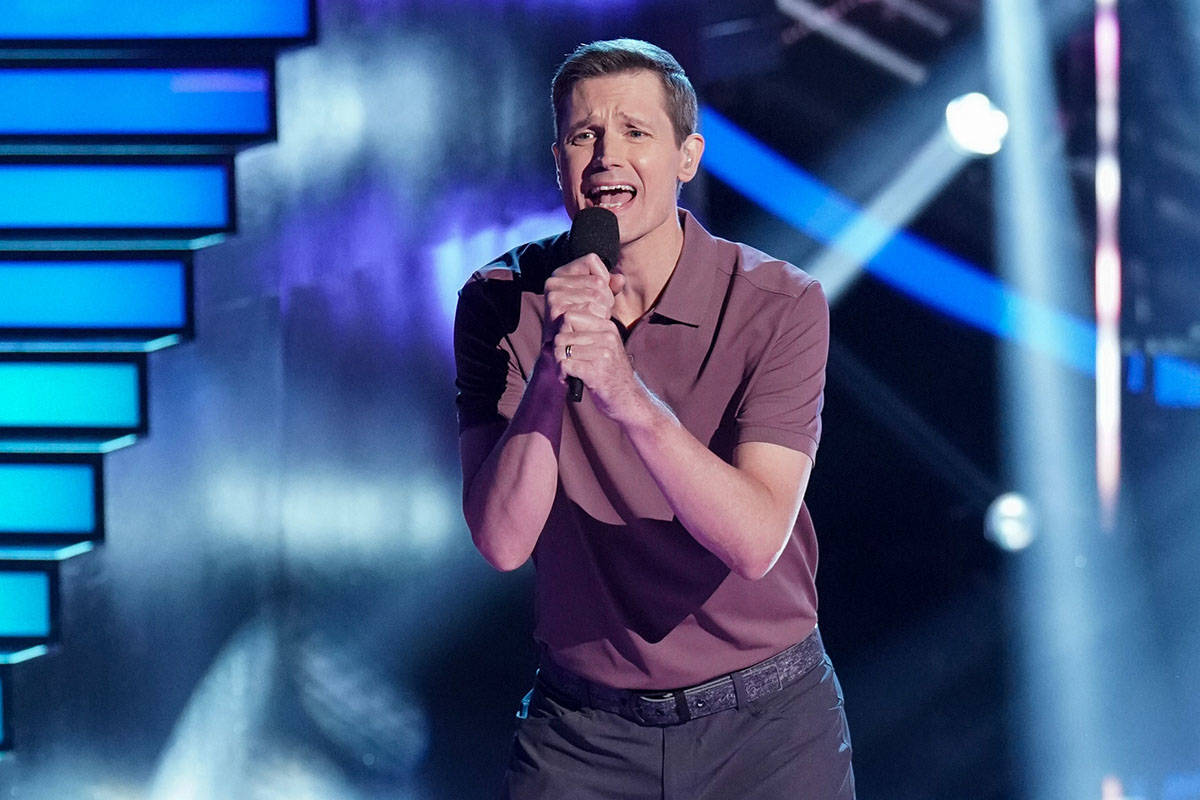 Jamie Hosmer of Santa Fe and the Fat City Horns is The Golfer on the series premiere of the Fox guessing game "I Can See Your Voice. (Michael Becker/Fox) 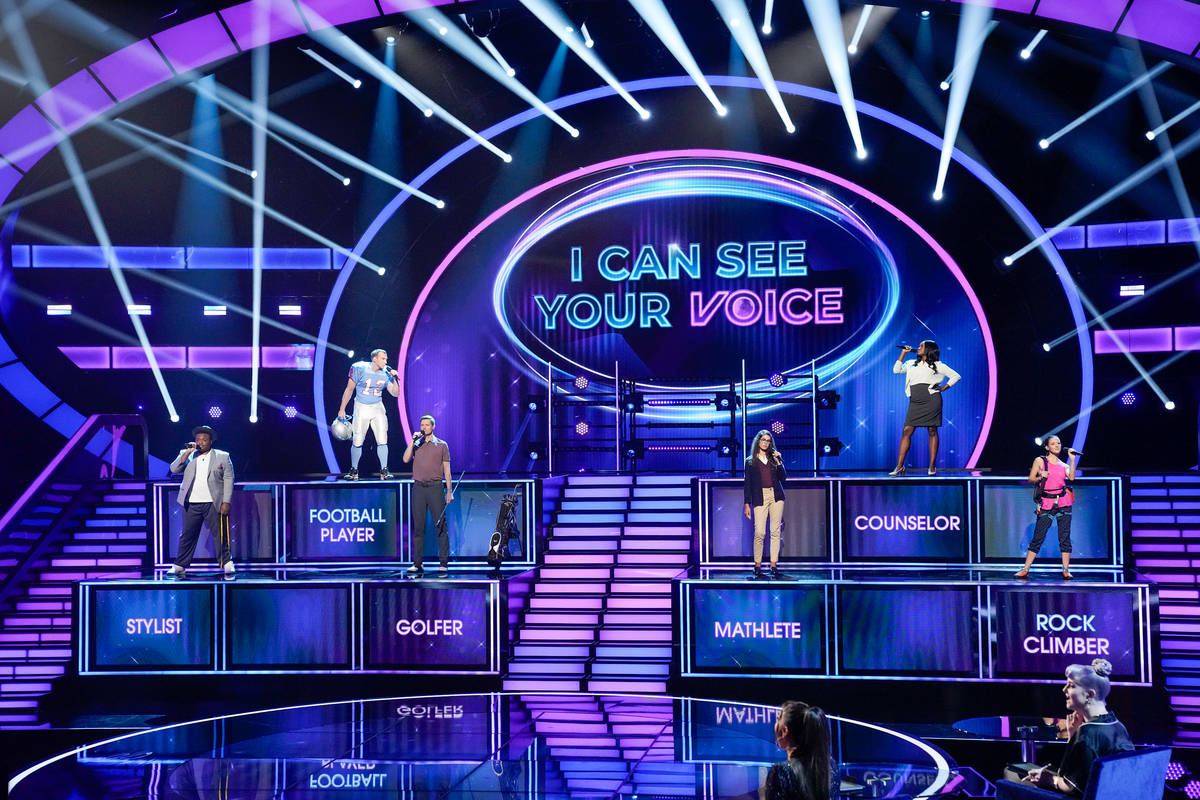 Jamie Hosmer of Santa Fe and the Fat City Horns is The Golfer on the series premiere of the Fox guessing game "I Can See Your Voice. (Michael Becker/Fox)

When you watch Jamie Hosmer on stage with Santa Fe and the Fat City Horns, you wonder how this guy isn’t a star.

For a night, he was.

OK, Hosmer played the role of The Golfer on the new contest show “I Can See Your Voice,” which premiered Wednesday night on Fox. But still, the vocalist who usually mans the keyboards in Santa Fe’s blazing 16-piece band was a solo star for one night on national TV.

“I Can See Your Voice” airs its second episode at 8 p.m. this Wednesday and again Oct. 14. The series showcases a half-dozen singers and non-singers in a kind of lip-syncing guessing game. Judges and contestants try to determine if the performers are actually singing in their own voices or are faking it through recorded vocals. A contestant attempts to weed through the real and fake singers.

The singers prove their competence, which is either a rewarding or grueling process, depending on the singer. If the contestant selects a “good” singer at the end of the show, he or she stands to win $100,000. The show shares the same sort of anonymous vibe as “The Masked Singer,” though the performers are not famous.

Hosmer found the show while scrolling through his Instagram feed. An ad popped up for virtual auditions of a show from the producers of “The Masked Singer.” Hosmer had just finished recording a version of the Hall & Oates hit “Rich Girl,” so submitted the clip.

Fox reps liked what they saw, and heard, and asked for more modern songs. Hosmer sent “Sucker” by Jonas Brothers and “Thinking Out Loud” by Ed Sheeran.

Hosmer made the cut. All he had to do was keep the secret for about five weeks.

“My family knew,” Hosmer said Thursday morning. “But no one else knew. Even the guys in the band didn’t know.”

The guest singers are not referred to by name, but instead with such titles as The Stylist and The Football Player and, for the unbilled Hosmer, The Golfer. Fox contest show frequenter Ken Jeong hosts. Celebs on the judging panel, or the “detectives,” in the premiere were Arsenio Hall, Kelly Osbourne, Nick Lachey, Cheryl Hines and Adrienne Houghton.

Hosmer took the stage dressed like a young Gary Player in a brown golf shirt and dark slacks (he even wore FootJoy golf shoes, with the spikes removed so he wouldn’t scuff the stage). He then lip-synced to his own recorded voice on the Four Tops classic “I Can’t Help Myself.”

“A trained singer doesn’t double-fist the mic like that,” Osbourne said, dismissing Hosmer’s stage presence. She would not know that, typically, Hosmer sings from behind the keys.

Coverage coming up in the column in my bio … #Repost @jamie.hosmer with @get_repost ・・・ ICYMI: I just appeared on @seeyourvoicefox Here is @kellyosbourne and @nicklachey trying to figure me out…one of them was right! #ICanSeeYourVoice 😁

“I’m actually sold on The Golfer, after watching that,” Lachey said. “The voice seems to fit him, to me. And he was so at home and so comfortable on the stage. (Vegas related, Lachey’s brother from 98 Degrees, Drew Lachey, once hosted “The Price Is Right Live” at Bally’s.)

On this show, the object is obviously to distinguish the good singers from the bad. Taking the lead from everyone on the panel who was not Lachey, the contestant surmised Hosmer was a “bad” singer. He’s bad all right, in the complimentary sense. He’s one bad dude.

Building suspense after the panel debated, Hosmer walked back to the stage and took a seat at the piano. None of the judges, nor the contestant, realized he was also a musician.

“Please be bad,” the contestant pleaded.

Hosmer then adjusted the mic so naturally that it was pretty clear he’d done it before. That move caused Osbourne to wince and Hines to say, “Oh, no! He’s adjusting the mic!”

“I had to do it,” Hosmer said. “It just wasn’t at the right spot. I wasn’t comfortable, I kind of adjusted it and then everyone reacted. It was real.”

Hosmer then expertly played, and sang, a few lines from “Amazed” by Lonestar. Lachey smiled, shrugged and raised his hands.

Having aced this hole, Hosmer then ducked into the clubhouse. The Golfer is now working on his upcoming album, titled “Comfortable Shoes.” FootJoys, probably. Spikes not included. 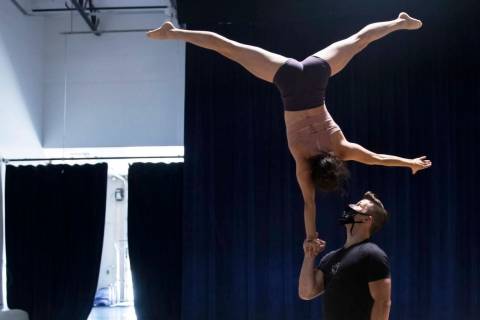