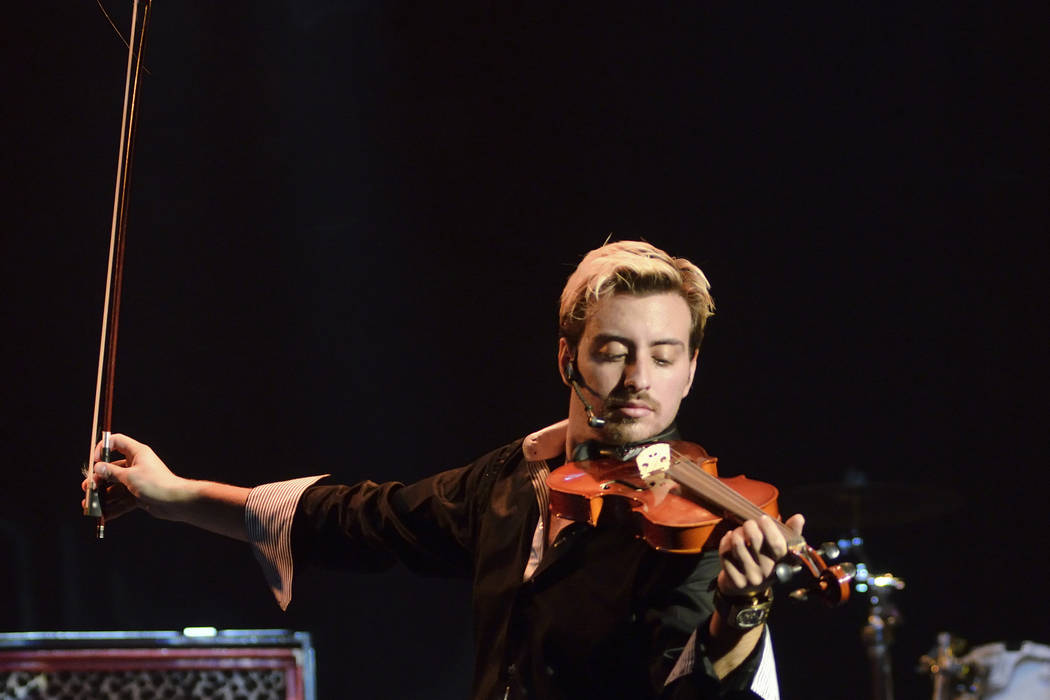 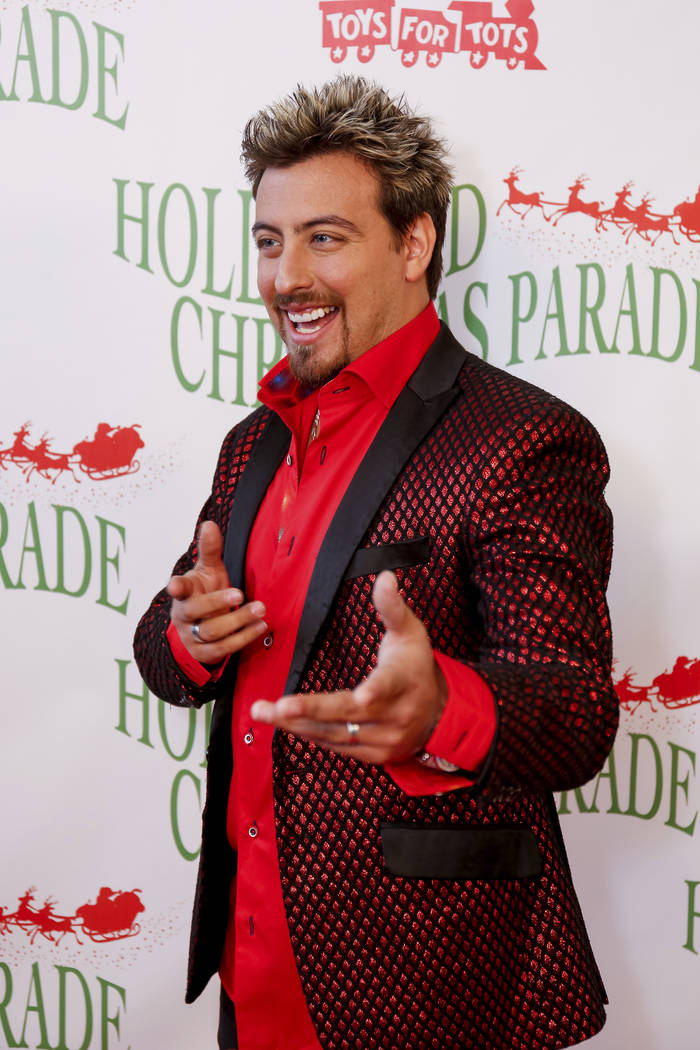 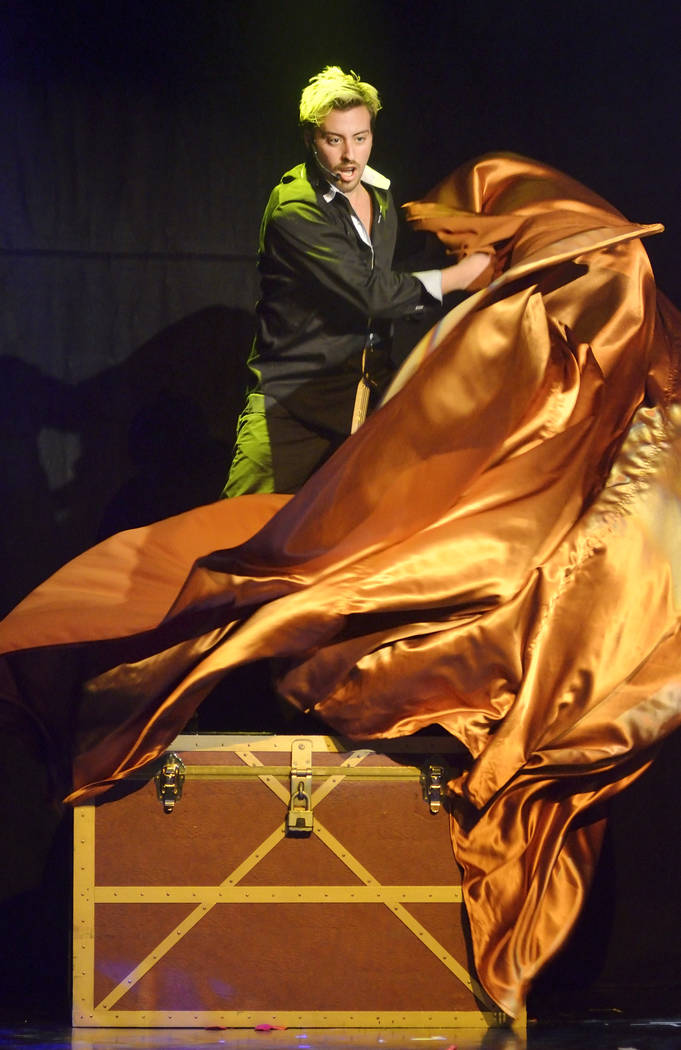 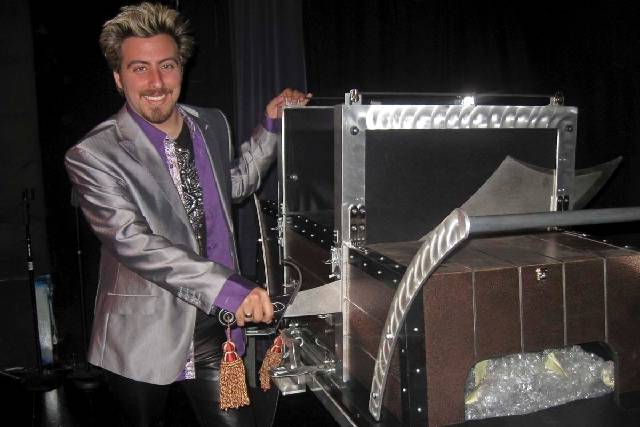 Master illusionist Tommy Wind demonstrates one of his magic tricks during an interview at the Wolf Theater in the Clarion hotel-casino on Feb. 21, 2012. (Review-Journal file photo) 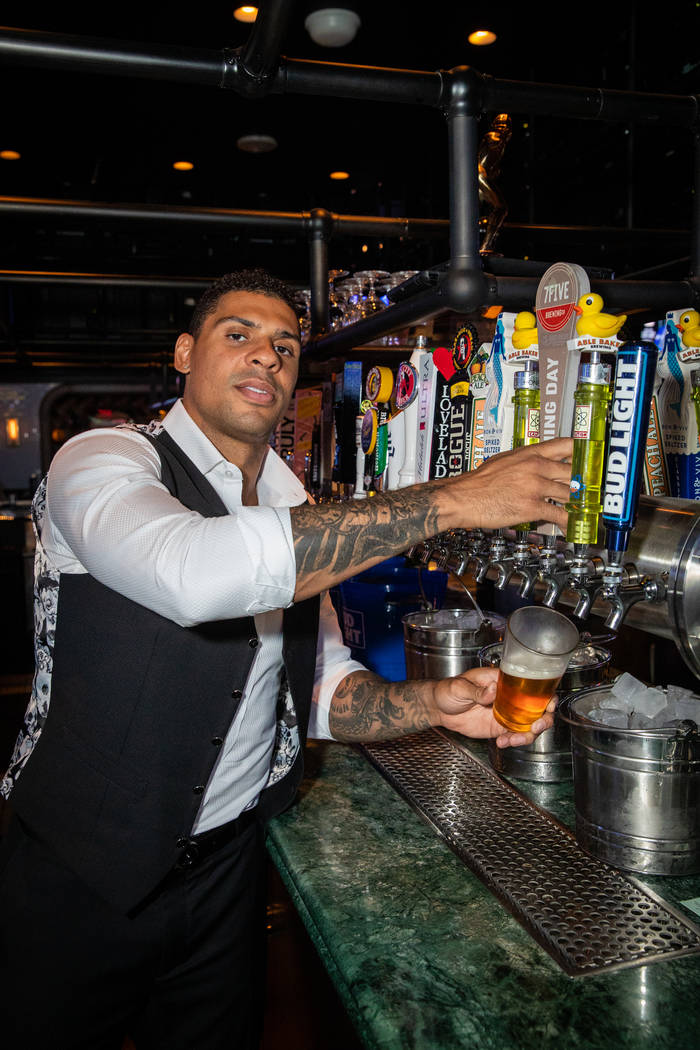 Ryan Reaves is shown tending the bar and posing for the photos at Moneyline Sports Book & Bar at Park MGM on Wednesday, Aug. 27, 2019. (Tony Tran) 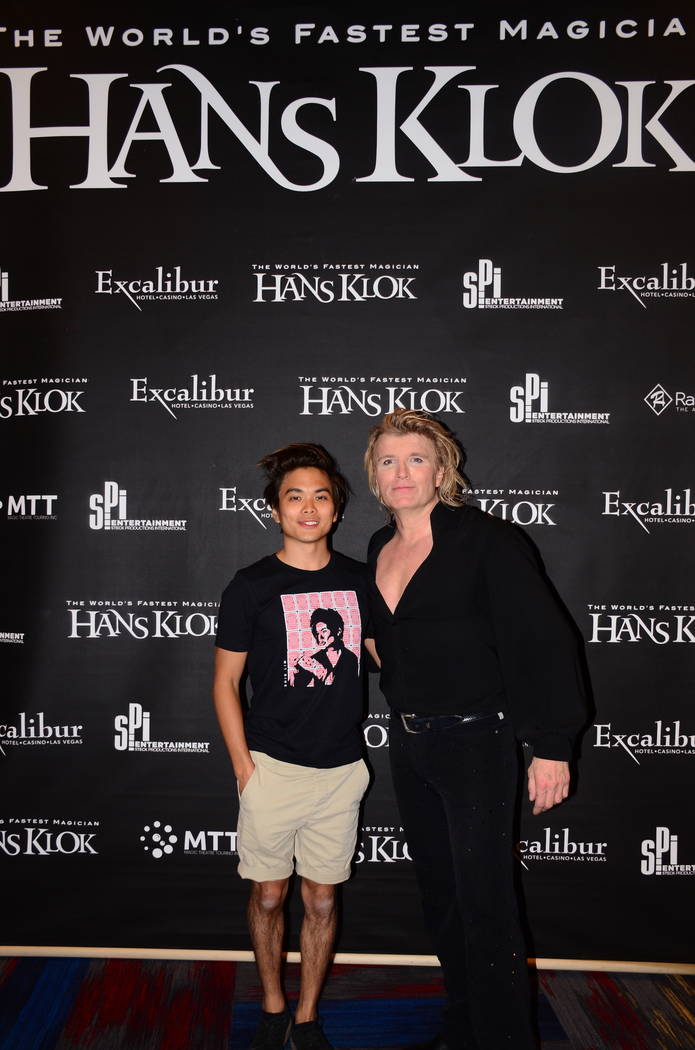 Tommy Wind is one of those guys who looks like somebody, even if it takes a moment to figure it out. But soon enough it syncs up.

“I get mistaken for Lance Bass a couple of times a day,” Wind says. “I tell audiences, ‘If magic doesn’t work out for me, I can become a Lance Bass impersonator!’ ”

But magic is working for Wind, who at 29 is a veteran of the Las Vegas stage. He’s back in residency at Night Owl Showroom with “Amazing Magic Starring Tommy Wind” at Hooters/OYO Hotel & Casino beginning at 3 p.m. Oct. 24.

Wind will perform daily (dark Tuesdays ant Wednesdays), with ticket prices yet to be determined but something a family can afford without busting the budget. The on-sale date, too, has not been announced.

Wind most recently co-starred in “Masters of Illusion” at Bally’s from December 2017 through August 2018, and also on that show’s U.S. tour. He’s also been performing with the cast at Harrah’s Lake Tahoe for the past year.

Though a comparatively young headliner at 29, Wind has extensive stage, TV and — maybe most important — show-business experience. He operated Tommy Wind Theater in the strip mall across from what now is Park MGM, for five years before his lease expired.

Wind’s father, Tom Riccardo; and mother, Arlene, have carried the show’s business and ticket-selling operations through his nearly 10-year career. Wind’s wife, Stacy, has worked as onstage assistant. She’s out of the act now as the couple are expecting their first child in December.

Wind is eager to return to the city where he opened in 2010 at then-Boulevard Theater, which he later took over and renamed for his own show.

“I know enough that if you come into this town and take on a huge room with a huge rent and no backing, you’re not going to last very long,” says Wind, who as landlord of that venue learned all facets of theater operations. “I was constantly grinding it out, morning and night, selling tickets and doing business. When I saw this opportunity, I was ecstatic.”

Admit VIP founder Pete Housley operates the Night Owl Showroom and has moved Wind into the afternoon slot, where he can focus on magic in the 175-seat venue.

“It’ll give me an opportunity to do a few illusions, but mostly I’ll be showcasing cabaret, skill magic,” Wind says. “I’ll be able to show my personality in a smaller room, too.”

Wind and Housley began talking about the possibility of a magic show at Night Owl about a year ago. The entertainment strategy of the OYO ownership team, which takes over at the end of the year, still is an unknown. But Wind is channeling his energy into getting the show up and running, and keeping it there.

Jennifer Romas’ “Sexxy” adult revue at Westgate Las Vegas was featured on Tuesday’s episode of Bravo’s “Real Housewives of Orange County.” Cast member Emily Simpson is friends with Westgate owner David Siegel and his wife, Jackie. With such friends, all you need to do is ask, “Can I dance in your show and put it on TV?”

Simpson is shown learning some “Sexxy” steps with Romas and the show’s performers in an L.A. dance studio. Simpson wanted to dance for her husband, Shane, for the couple’s 10-year wedding anniversary.

The couple are evidently having some marital issues, and Emily turned to the “Sexxy” team to spice things up. Vegas, and the Westgate, are likely to be featured in future episodes this season. As we say, don’t touch that dial.

The club served Reaves’ own 7Five beer as he signed jerseys, sticks, pucks and such.

In a magical summit, Shin Lim of the Mirage visited Excalibur headliner Hans Klok at Klok’s show at Thunderland on Thursday night. Both gentlemen showed adept merch placement, with Klok setting the photo op in front of a step-and-reapeat laden with the name of his show, and Lim wearing a T-shirt from a popular show on the Strip — his own.