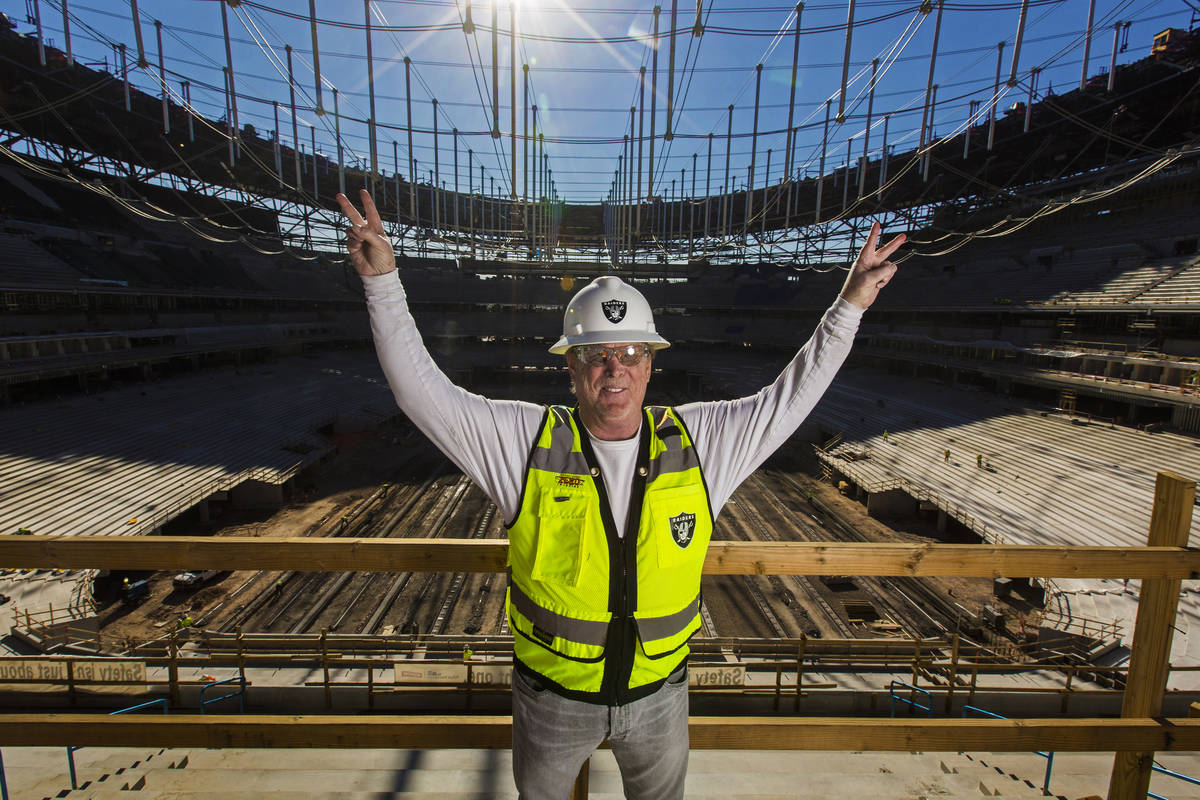 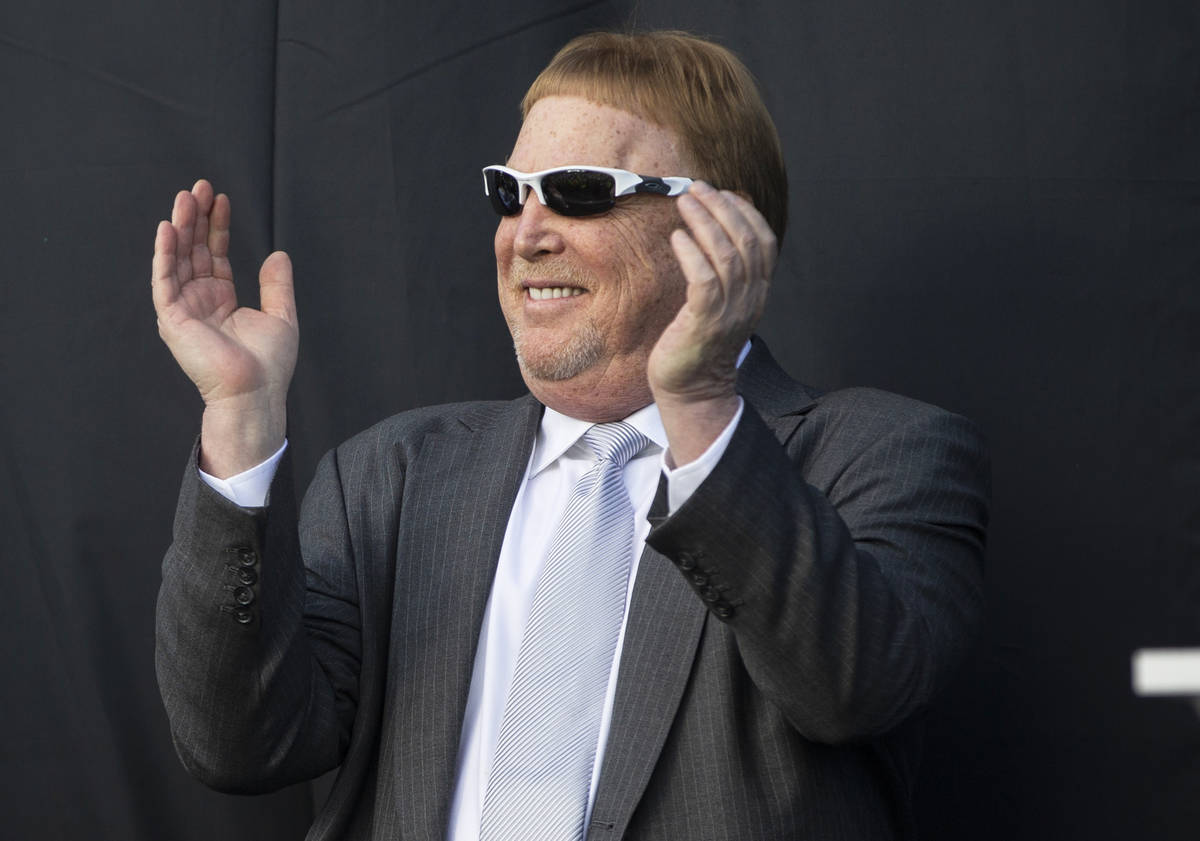 Raiders owner Mark Davis fires up the crowd during an event to officially announce Las Vegas as the new home of the Raiders on Wednesday, Jan. 22, 2020, at Allegiant Stadium, Las Vegas. (Benjamin Hager/Las Vegas Review-Journal) @benjaminhphoto 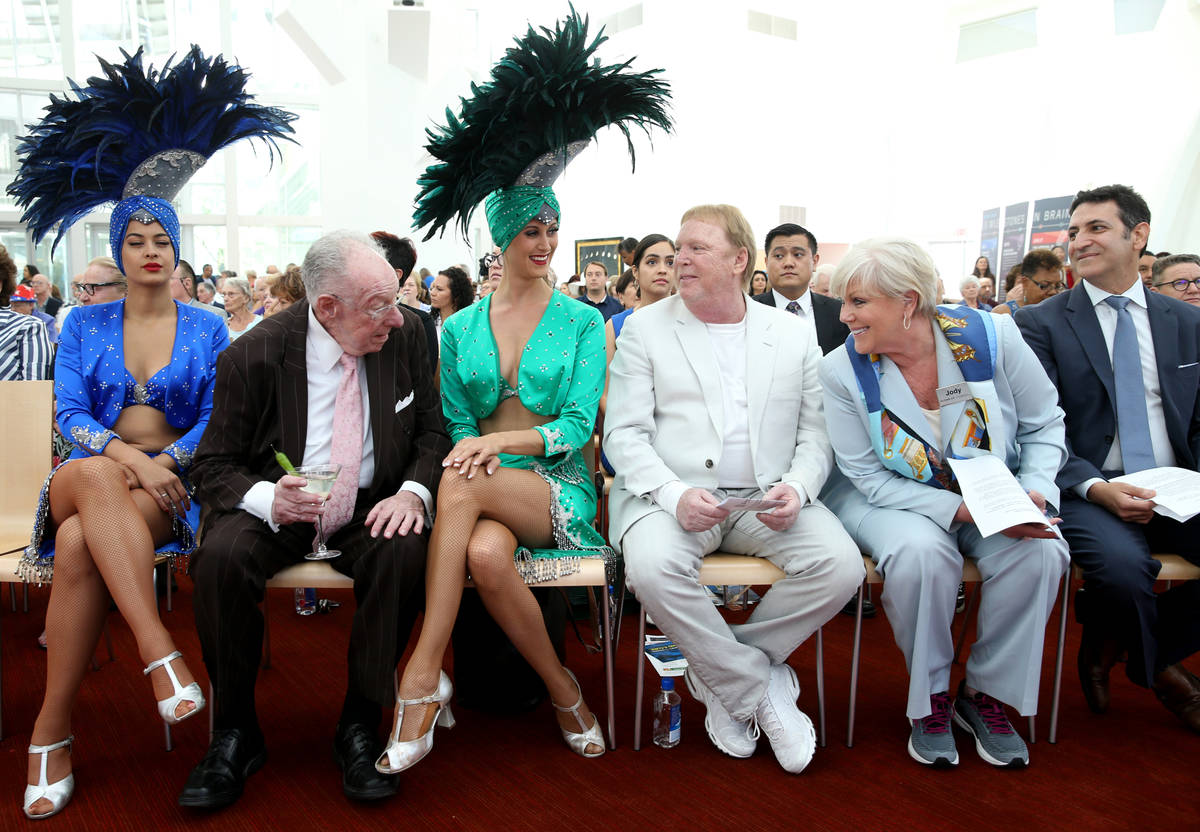 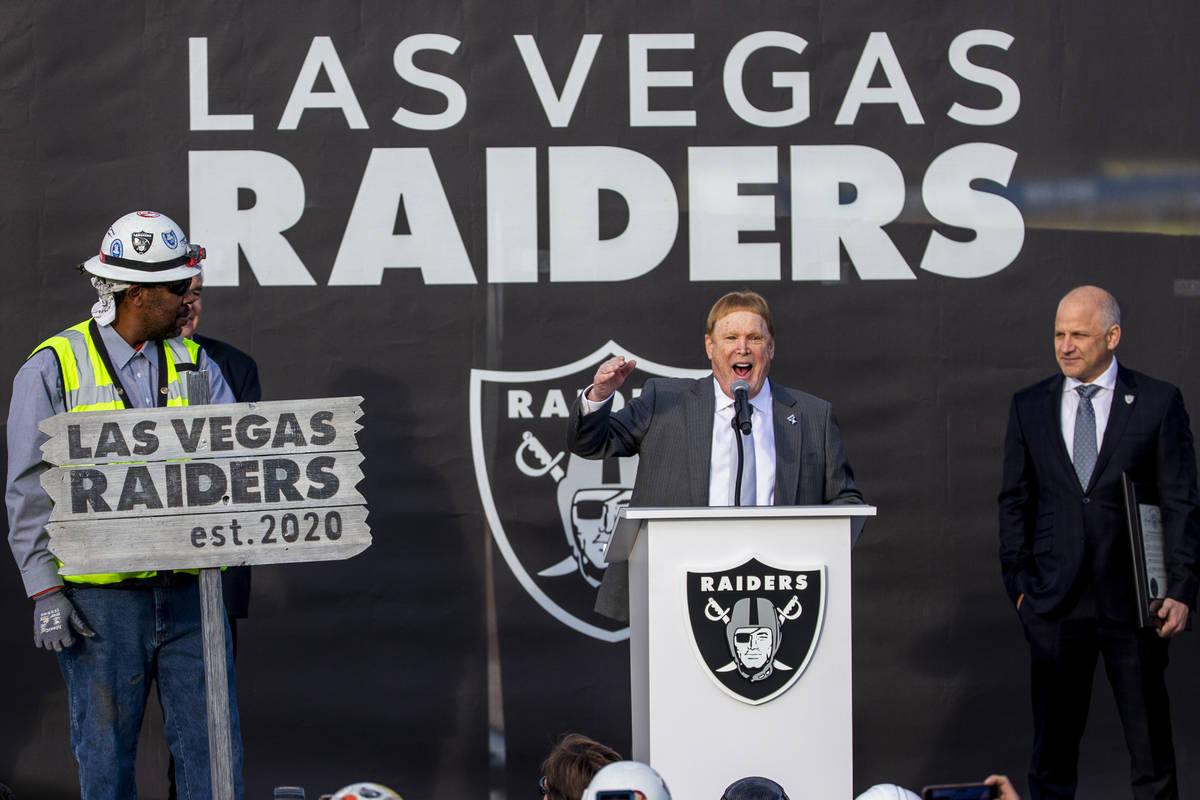 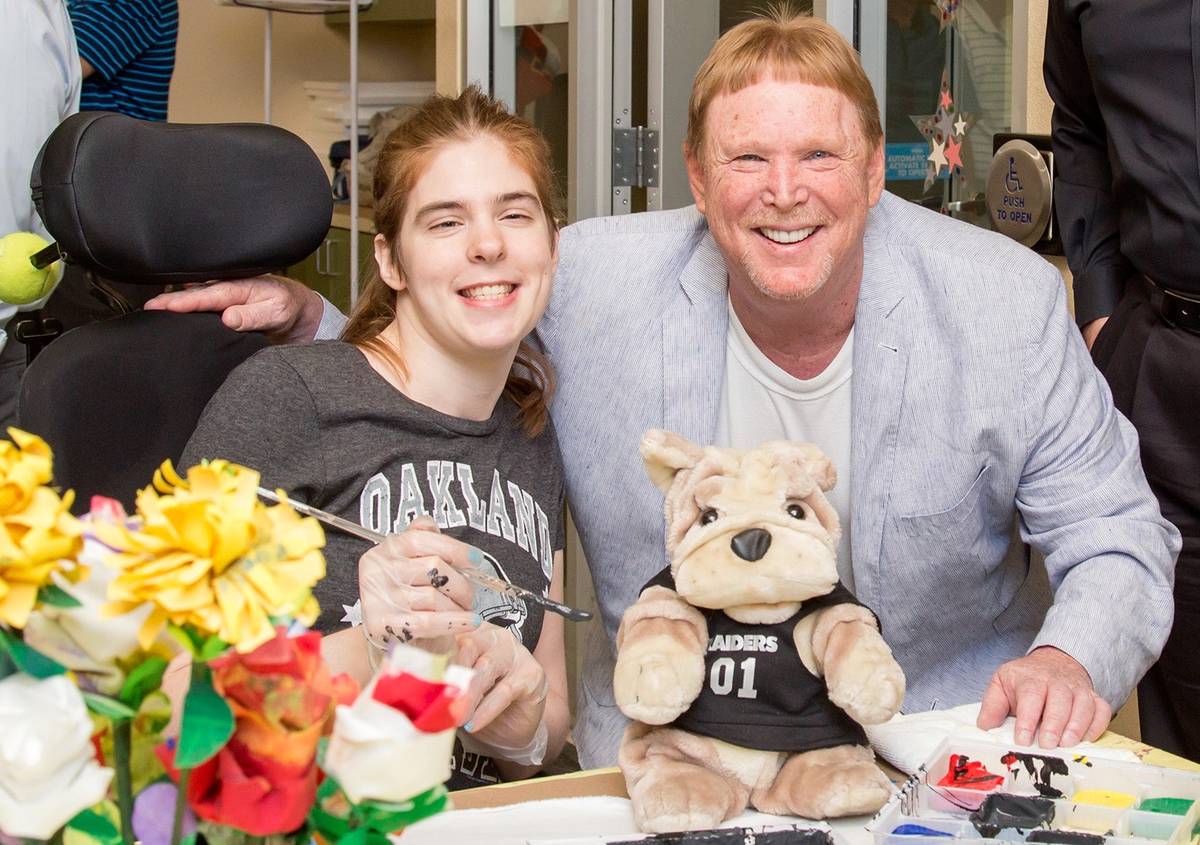 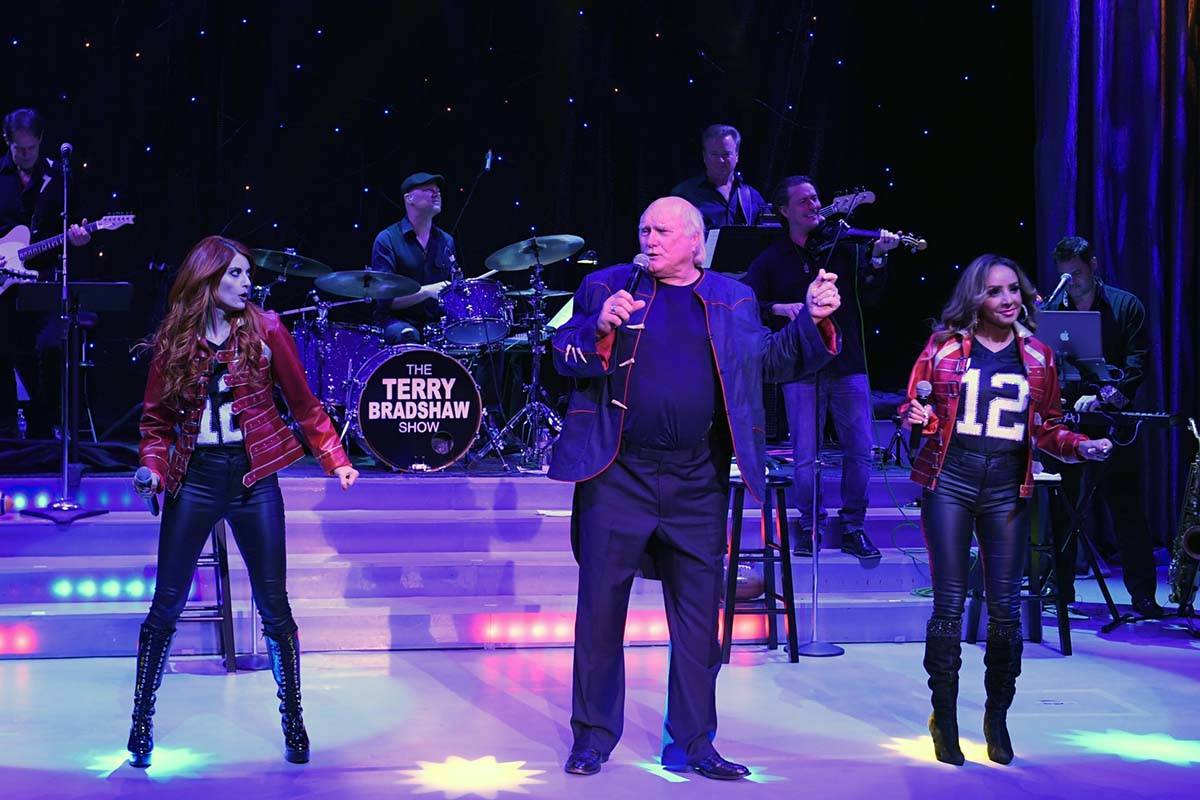 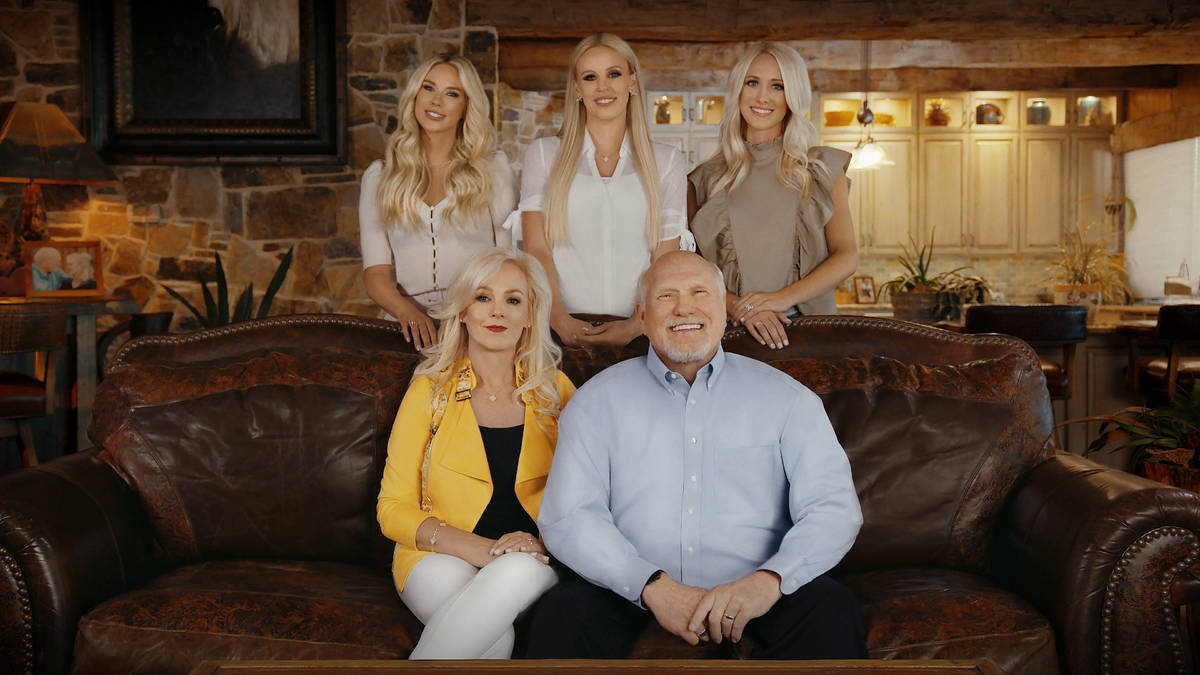 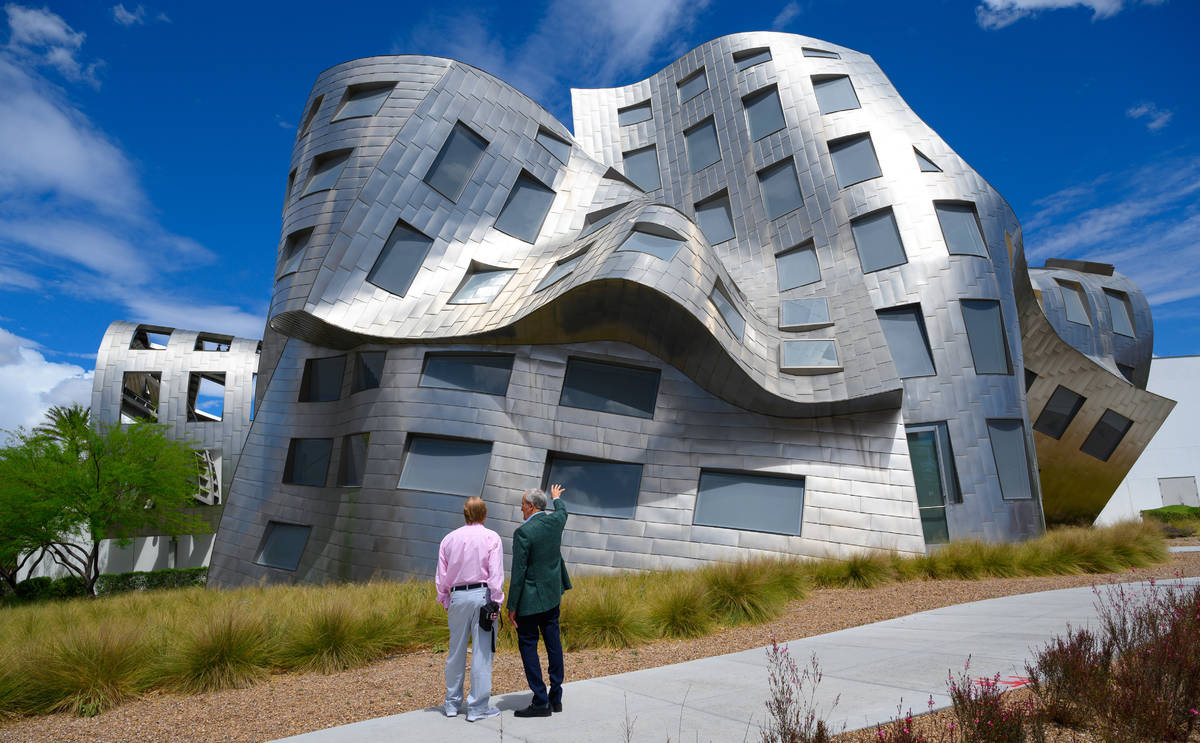 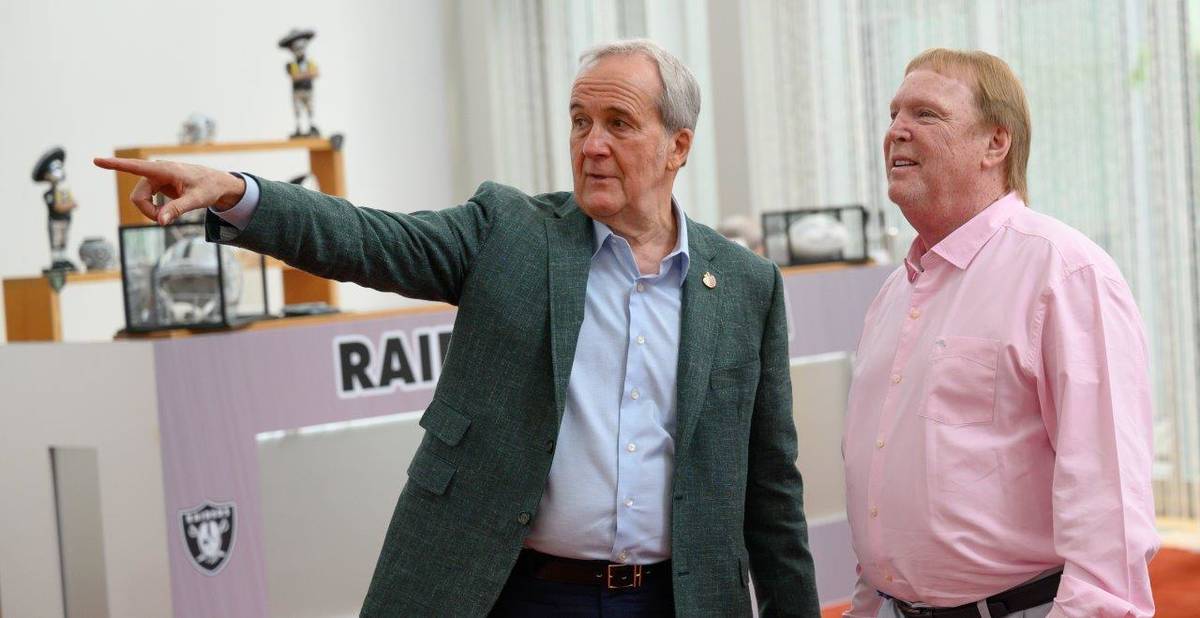 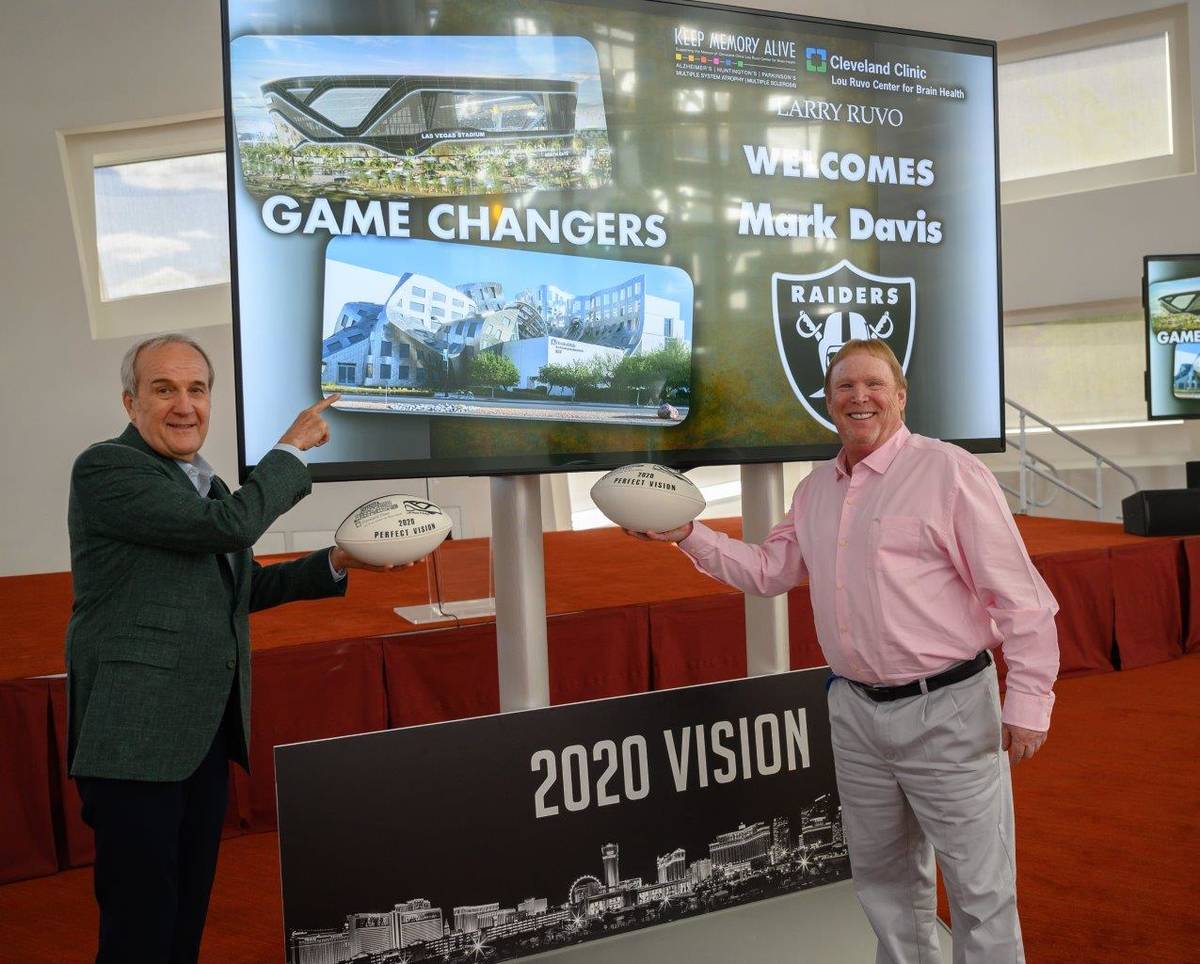 Mark Davis will not be watching his team play its first game in its new fortress, Allegiant Stadium.

Instead, the Las Vegas Raiders owner is hosting a watch party for Monday’s home opener against the New Orleans Saints at the team’s Henderson headquarters.

Davis is using the opportunity to thank supporters and donate to a pair of prominent Las Vegas charities.

“Our guests are people we wanted to thank for making our move to Las Vegas possible,” Davis said in a text Monday morning, adding, “The Raider Organization will be donating to Opportunity Village and the Cleveland Clinic Lou Ruvo Center for Brain Health.”

Thirty guests (that’s 15 invitations, each with a plus-one, according to the Kats! Accounting Division) have been personally invited by Davis for this watch party. The owner did not disclose the amount of the financial gifts or any further details.

Davis and the team have become energetically active in the Las Vegas community. He’s a board member of the Ruvo Center, and Raiders President Marc Badain is on the Opportunity Village board of directors.

Davis committed to the Ruvo team after his first Power of Love Keep Memory Alive Gala in March 2019.

“I was born in Las Vegas, and I can tell you that over the years we have had a lot of people come into this city, make money and leave, but Mark is not that,” Ruvo Center founder Larry Ruvo said Monday morning. “He reached out to the city and community even before they broke ground on the Raiders’ stadium. He has been very interested in our boxing and head-trauma studies, as they relate to NFL players. He’s active on the board, and he is a real Las Vegan.”

“Obviously, particularly now, when you need it most, you find out who your friends are,” Opportunity Village President and CEO Bob Brown said Monday morning. “When he toured the facility, he came in and went right to the Pride Room, which is for the individuals with the most profound disabilities. He went right to the middle and interacted with all of our clients.”

During the visit, Davis met O.V. client Sarah Brown. She refers to him simply as “that nice man who owns the Raiders.” She’s not wrong. As Brown said, “Mark Davis is the real deal.”

Bradshaw said he wanted to buy Raiders season tickets for its opening campaign in Las Vegas but backed off because of the cost. The Hall of Fame QB and Pittsburgh Steelers legend said he hated to part with the cow and two goats he would need to sell to afford the tickets.

Not a problem. But Bradshaw might need to offer Davis a VIP pass to “The Terry Bradshaw Show” at Luxor when it returns next year.

“The Bradshaw Bunch” is presented as a comedic spin through the Bradshaws’ home life on the family ranch in Oklahoma. But Bradshaw says that real-life challenges and tragedies are in play for the series.

“It’s a reality show, and I don’t want to think like that, but things like my daughter losing her husband, we will deal with it,” Bradshaw says. “This is a funny and uplifting show, and we don’t want drama, but it is ‘The Bradshaw Bunch’ — good happens, bad happens. If something bad happens, we’ll address it. We won’t hide it from the viewers … There are a couple of very serious scenes.”

Bradshaw’s pledge to keep it real stretches to the death of Rachel Bradshaw’s husband, Tennessee Titans kicker Rob Bironas. The couple had been married for three months when, almost six years ago to the day on Sept. 20, 2014, Bironas died in an SUV accident in Nashville. He was 36.

Rachel Bradshaw told the New York Post that family conversations about that tragedy appear in the E! Entertainment series.

“When we started filming, I was like, ‘I do not want to talk about this, I don’t want to talk about that,’ and now it’s like, ‘Why wouldn’t I talk about these things?’ ” the Bradshaw daughter and country singer said. “This is my life and everyone that’s close to me knows my struggles with my journey the past six years, and so of course I’m going to talk about it. … I wouldn’t have done that, though, if it wasn’t with my family and my dad there.”

I’m hearing the national anthem performance will be a very Vegas experience. I am told you’ll smile, all the while, at this rendition.