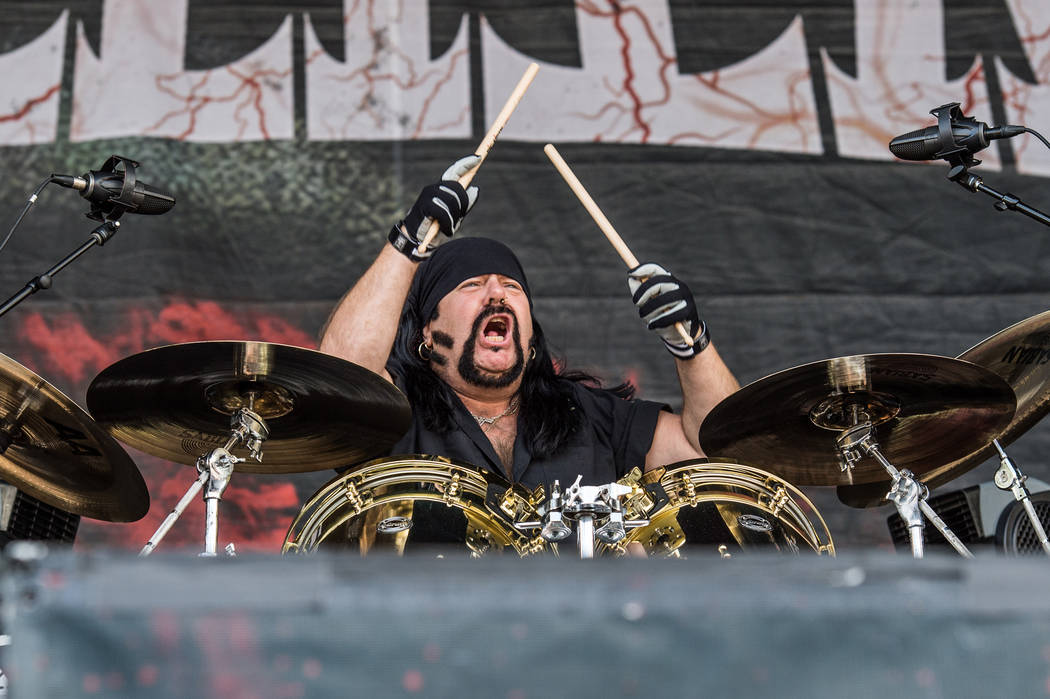 Vinnie Paul of HELLYEAH performs at the Louder Than Life Festival on Saturday, Oct. 1, 2016, in Louisville, Ky. (Amy Harris/Invision/AP) 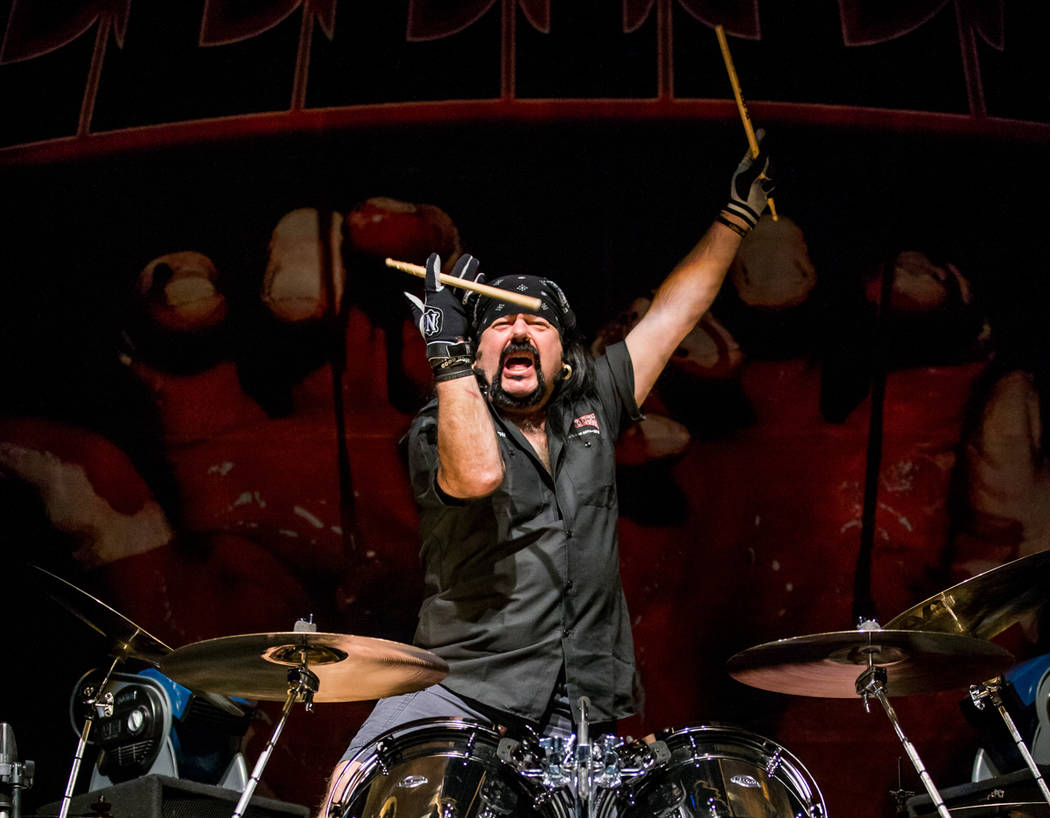 The death of Vinnie Paul “did not appear suspicious” according to the official report of the event recorded by Metropolitan Police officers.

According to records of the event, officers were dispatched to a dead-body call at 5:41 p.m. Friday on the 6900 block of Procyon Street (Paul lived on Procyon). Medical personnel were summoned, and Paul was pronounced dead at the scene.

Metro spokeswoman Laura Meltzer added that responding officers did not take such further action as calling homicide detectives to the scene, further indication that Paul was considered medically deceased.

The Clark County coroner’s office has since picked up the investigation into the cause and manner of Paul’s death. The founder of the bands Pantera and Hellyeah died at age 54. Paul’s body has been turned over to his family, and reports indicate he is to be buried with his mother, Carolyn, and brother, Darrell “Dimebag” Abbott.

Clark County spokesman Dan Kulin said today that official cause of Paul’s death is still pending and would likely take several days to be issued.

A private ceremony to pay tribute to Paul is set for Saturday in Texas. His rocker friends are also planning public celebration of life in Las Vegas.