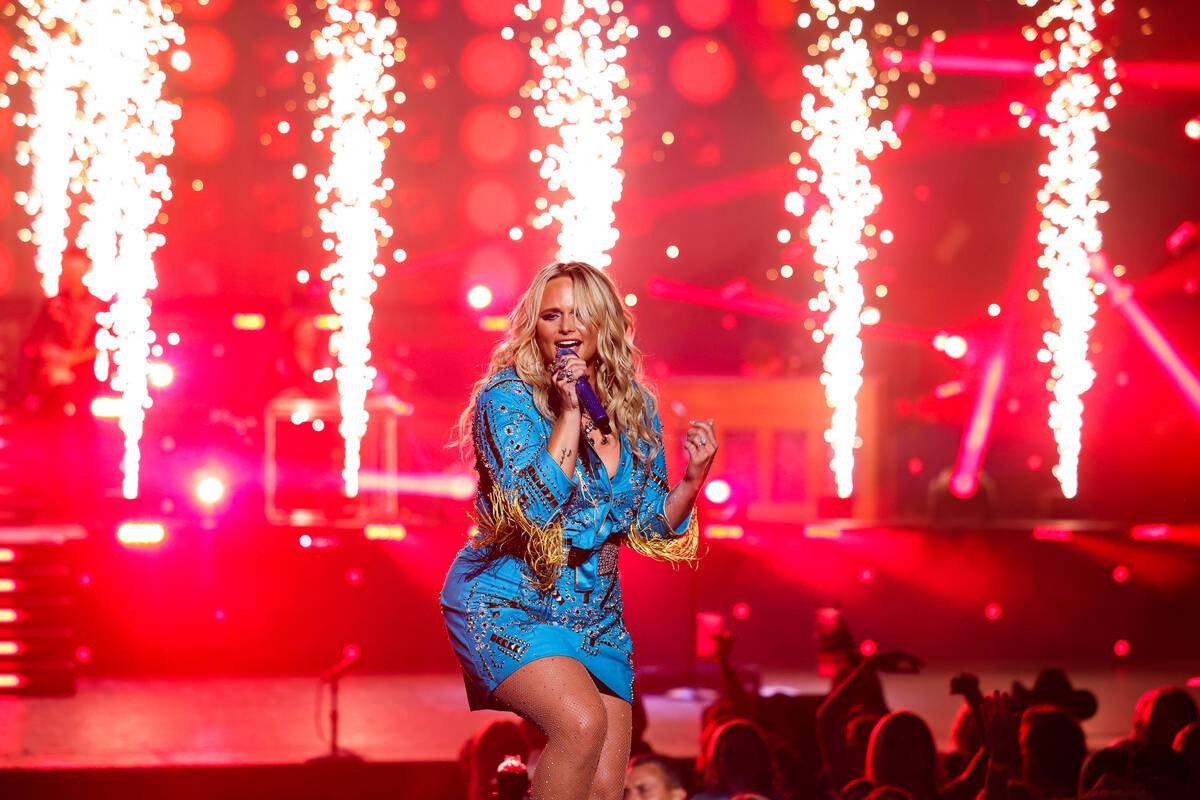 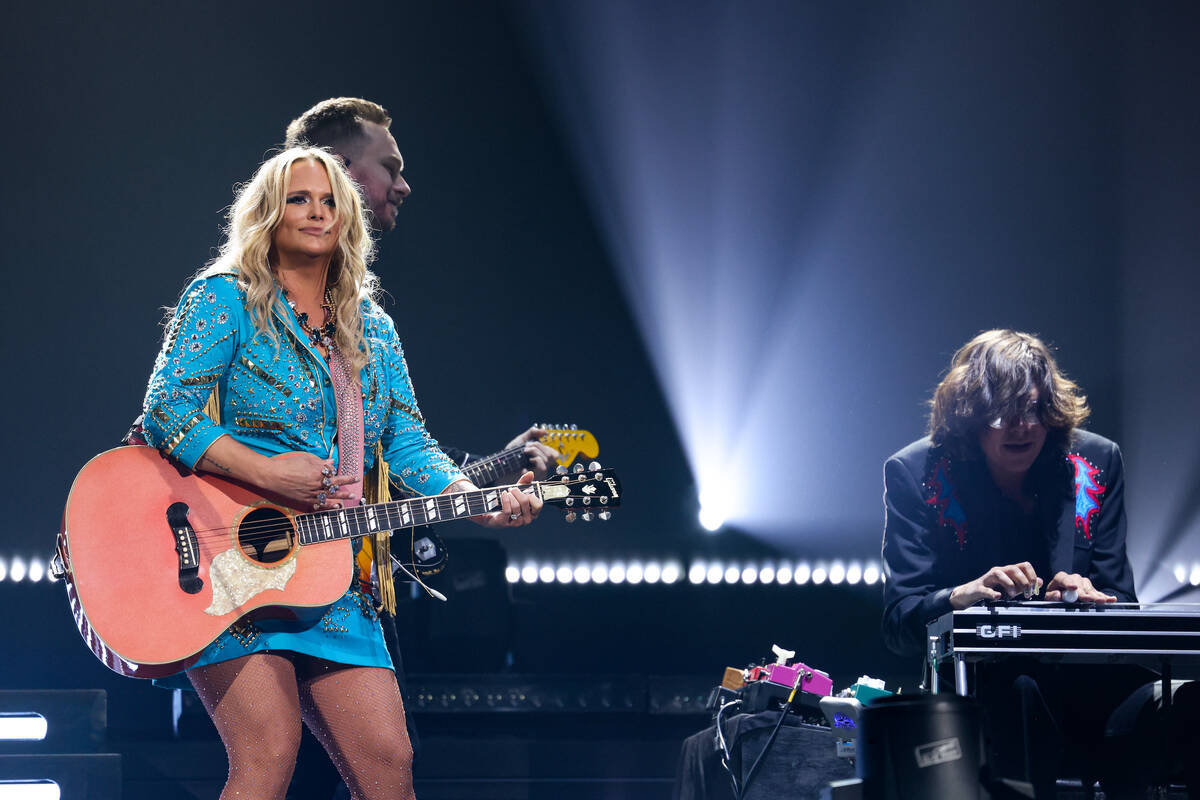 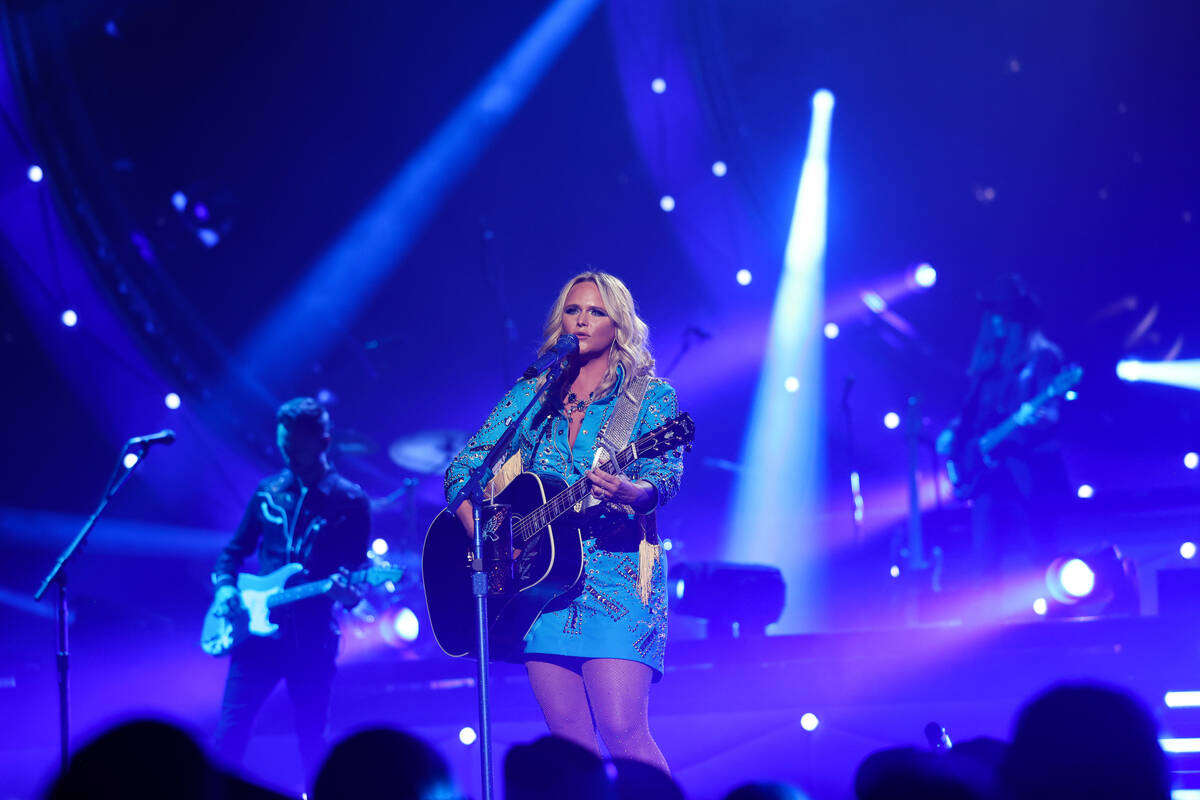 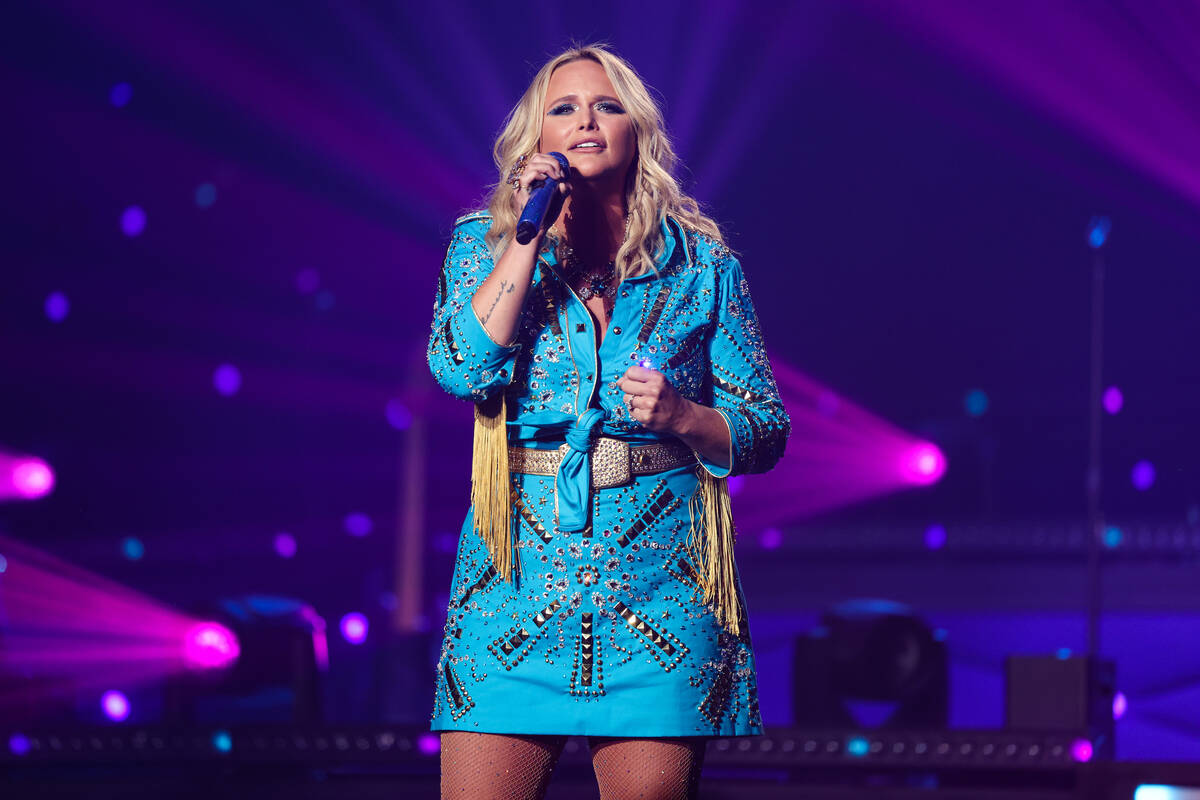 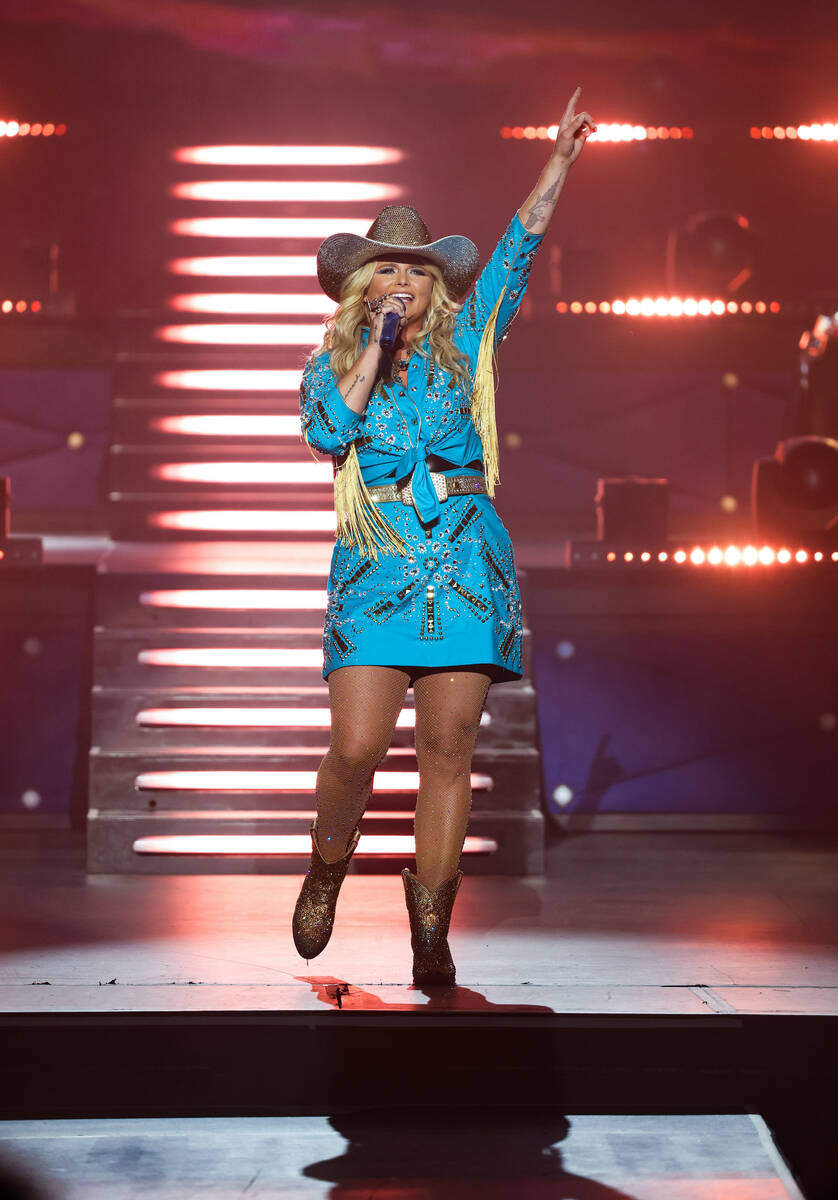 Miranda Lambert’s Las Vegas is a playground of pyro, filled with sparklers in the air and sparkles covering her dress, hat and boots.

But Lambert’s “Velvet Rodeo” go-round is also blanketed in crisp musicianship. The star wears frills on the sleeves of her dazzling blue jacket, but this is largely a no-frills show. Lambert and her band simply kick high tail at Zappos Theater. She held forth with her six-string acoustic, as if winning over the crowd at a Nashville honky-tonk.

Who needs a night of choreography when you can play all the chords?

The packed crowd at Friday’s opener relished a generous complement of Lambert hits over the 90-minute production. She’s already spent more than two weeks honing the show filled with fan favorites. “Famous in a Small Town,” “Gunpowder & Lead,” “Tin Man” and “Little Red Wagon” were some of the personally charged numbers bringing the crowd to its feet.

“Drunk,” her duet with Elle King (minus King, in this show), had the crowd swinging and swaying. For sure, many were experiencing the sensation in the song’s title, apparently heightening the “Velvet” experience.

Lambert drew from her latest release, “Palomino,” with “If I Was a Cowboy.” The album is the 38-year-old Lambert’s eighth solo album. Along the way, “Velvet Rodeo” brought more pyrotechnics than I can recall in Zappos Theater. You could feel the warmth across your face during “Gunpowder & Lead,” among several fiery moments.

The heat was felt musically, too, in “Little Red Wagon,” when Lambert called out the lyric, “I got the hell out of Oklahoma,” taken as a certain message of personal growth. As always, the crowd roared at that line.

The lights play a significant role in the Lambert show, ringing the stage, hitting the audience, then drawing back to totally bathe the star in white light. A very effective use of stage effects in a production that, otherwise, presents a live-music show as just that.

There are some quibbles, early in this residency. As warm as Lambert is as a live performer, we do not see the star up-close on the theater’s LED screens. Her music videos and even the giant MIRANDA and Velvet Rodeo brand are effective and powerful. But we don’t have tight shots of this superstar, so familiar and so engaging, on those panels. So you feel a distance, a disconnect, in this show that could be easily remedied.

And I’m sure the crowd, especially her avid fans, would also love more actual storytelling from the stage. Chat up those rowdy fans up front, maybe, to cross that chasm. Talk about her influences, how Vegas fits into a career where she has already won. As it was, Lambert’s simple message, “Thank you for spending your hard-earned money to see me tonight,” hit the mark. A characteristically direct message to her multitude of followers.

And those fans have already spoken. “Velvet Rodeo” is reportedly selling very well. The ambitious residency was brought home by veteran Live Nation exec Amanda Moore, whose company is in an exclusive booking partnership with Caesars Entertainment. Lambert casually mentioned she’d be at Zappos Theater “for two years,” though the series is selling only through April. That would be a great reason to reload the pyro cannons.

We’ll call Lambert’s message just a tease, for now, merely hypothetical. But this superstar and her musicians are the real dang deal.

Imagine Dragons frontman Dan Reynolds had mentioned to Newton that the band had just finished a lengthy tour, including a performance at Allegiant Stadium, and was concerned about his vocal quality. This was before singing during the event-closing acoustic set. But Newton reports, “He sounded just great.”

Mr. Las Vegas has known the band for several years and appeared onstage with them at the “Vegas Strong” benefit show at T-Mobile Arena in December 2017. The 80-year-old Newton has been in high demand recently for public appearances. “It seems everyone is getting out of COVID and getting back to their lives, picking up where they left off.” That includes Vegas legends.

Dead Money, the Vegas three-piece soul/rock band, thumps it up at 10 p.m. Monday at Sand Dollar Downtown at the Plaza. The trio claims: “Saucy vocals, bouncy beats, and nothing to lose.” And speaking of sauce, try the pizza. No cover charge. For 21-and-over.