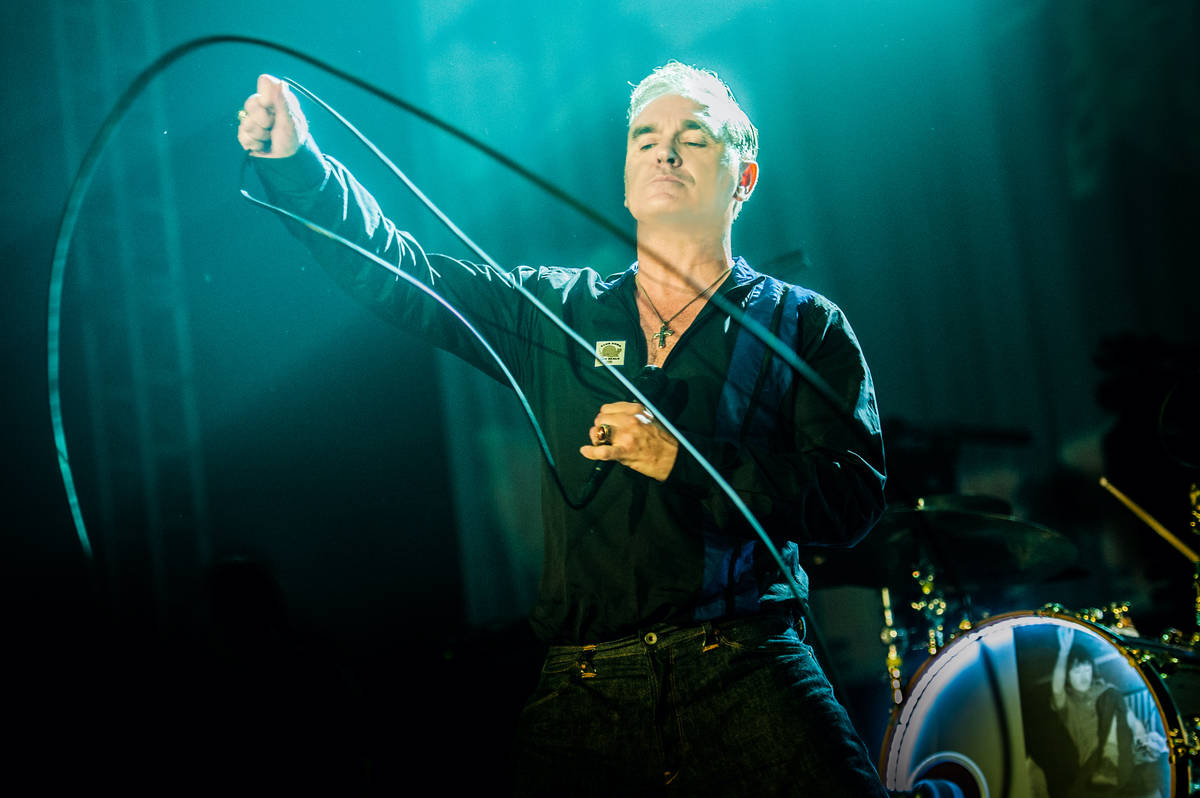 Morrissey has returned his "Viva Moz Vegas" series to the Colosseum at Caesars Palace in August and September 2021. (Monika Stolarska)

Morrissey is set to play the Strip within the next year.

The British recording star and pop icon has reset his “Viva Moz Vegas” dates at the Colosseum at Caesars Palace, five shows running Aug. 28-29 and Sept. 2, 4 and 5. His original dates had been June 26-July 4 of this year and were taken off the books because of COVID-19.

The show follows Usher’s residency next July as shows being booked, or rebooked, at the Colosseum. Morrissey’s general ticket prices are $59, without fees, available at ticketmaster.com/morrisseyvegas. The Colosseum is to be set at full 4,300 capacity, anticipating distance restrictions will have been relaxed by next year, but with safety precautions still in place.

The show’s original treatment followed his May 2018 residency at Lunt-Funtanne Theater on Broadway. From a review in The New York Times: “(Morrissey) didn’t offer a radically scaled-down, quasi-confessional performance like ‘Springsteen on Broadway’ (even though, like Springsteen, he has written an autobiography, titled “Autobiography”). It was, instead, the kind of concert he has been playing on tour through the decades: loud, tuneful, impeccably sung and aimed toward the rafters. He brought his band (including his frequent songwriting collaborator, the guitarist Boz Boorer), a video screen, strobe lights and smoke.”

Morrissey’s Broadway set list included “Alma Matters,” “Hairdresser on Fire” and “Everyday Is Like Sunday” from his solo career and “How Soon Is Now” from his days with The Smiths. He also covered “Back on the Chain Gang” by the Pretenders.