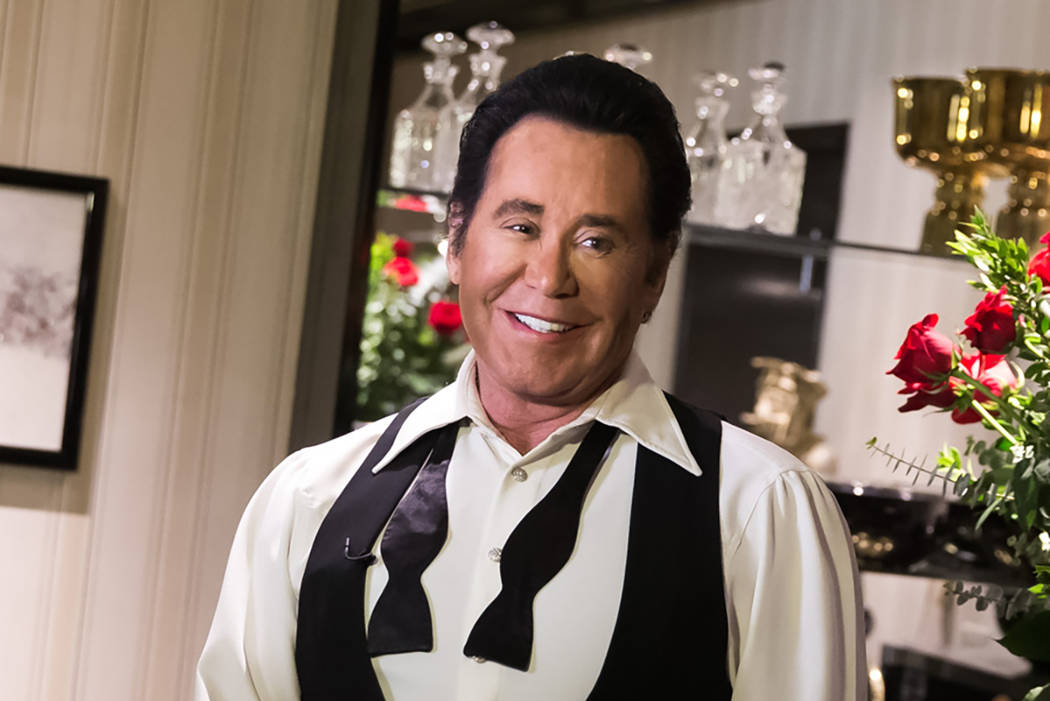 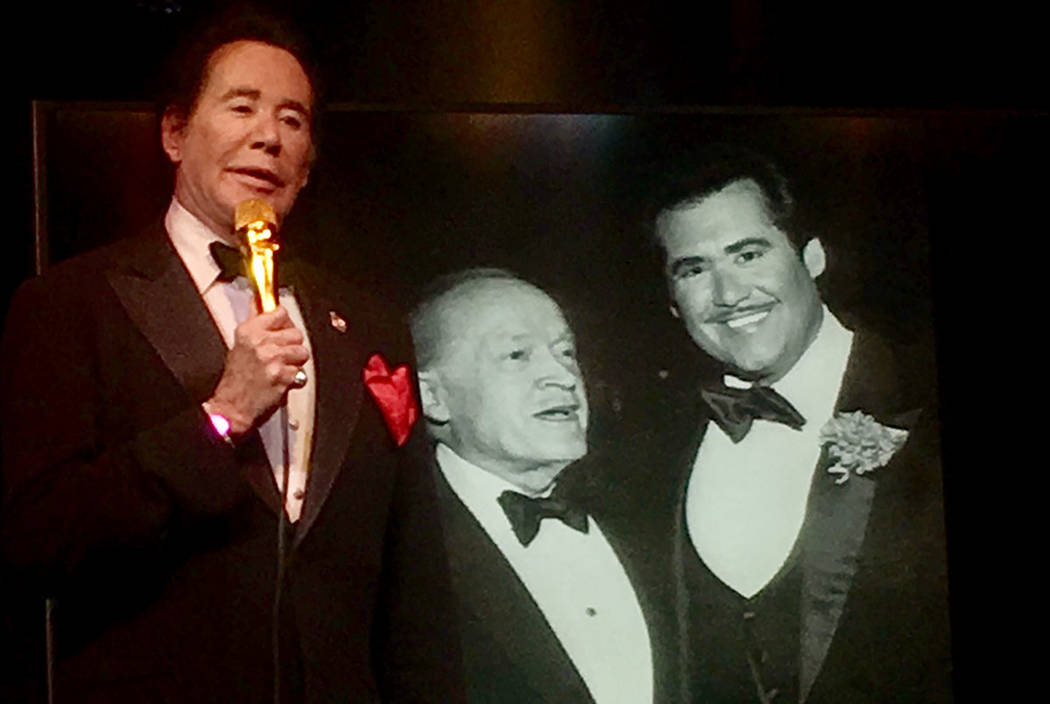 Wayne Newton talks of taking over for Bob Hope as Chairman of the USO Celebrity Circle during a performance of "Up Close & Personal" at Windows Showroom at Bally's. (John Katsilometes/Las Vegas Review-Journal) 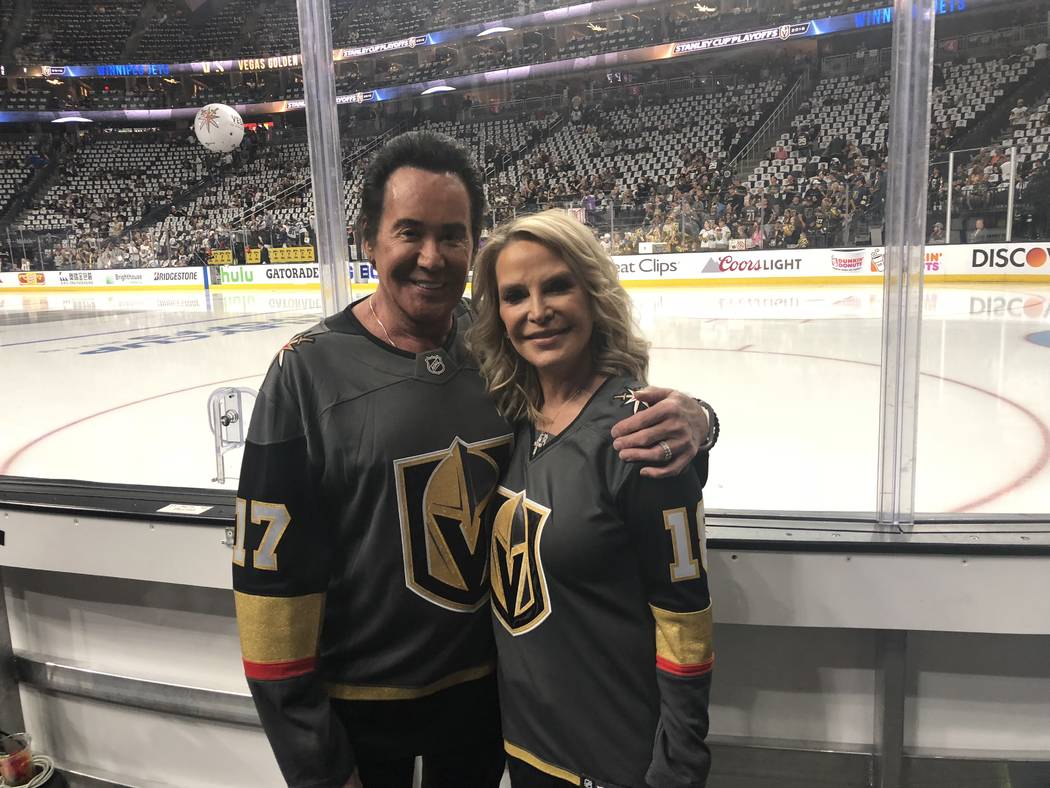 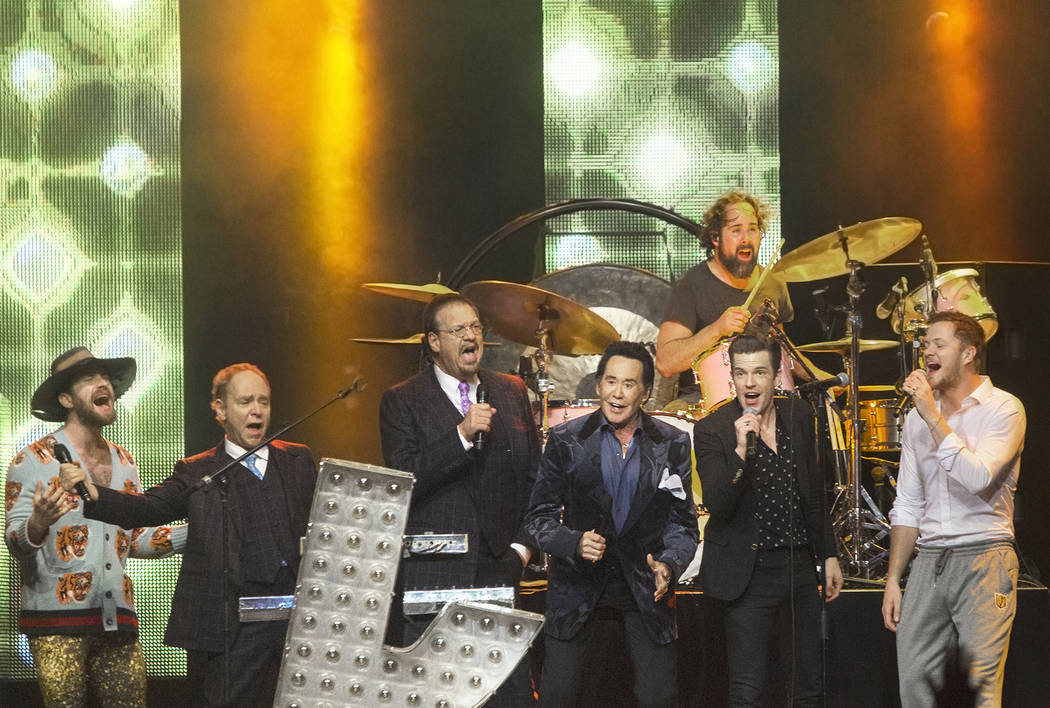 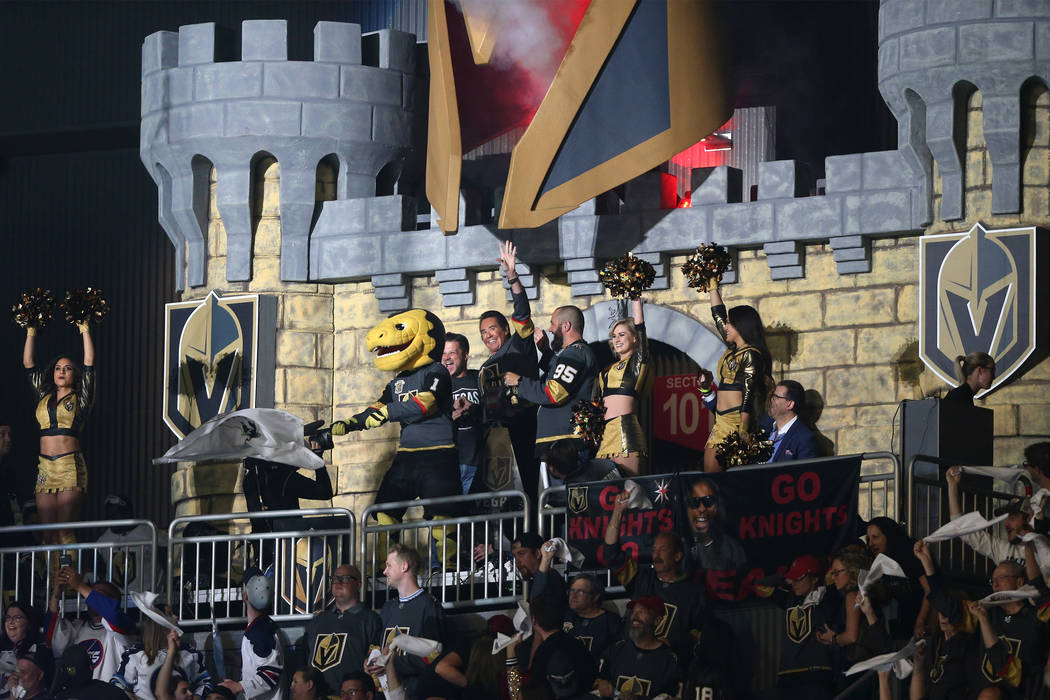 Wayne Newton raises his hand during the pregame show for Game 4 of the Western Conference Final between the Vegas Golden Knights and Winnipeg Jets at T-Mobile Arena in Las Vegas, Friday, May 18, 2018. Erik Verduzco Las Vegas Review-Journal @Erik_Verduzco

Wayne Newton celebrates his 60th anniversary of performing in Las Vegas in May.

He’ll celebrate in customary fashion — by performing in Las Vegas.

Mr. Las Vegas is re-launching “Wayne Newton: Up Close and Personal” at Caesars Palace’s Cleopatra’s Barge on Jan. 28. Newton’s storytelling show, mixing videos, anecdotes and a sampling of such familiar songs as “Danke Schoen,” had performed over the past two years at Windows Showroom at Bally’s.

Newton’s show closed Friday night, as most of the productions are vacating Windows Showroom to allow for a new format focused primarily on magic and illusions. Caesars Entertainment has taken over operations from Windows’ previous producers, Ken and Helene Walker, who had brought Newton to the stage in April 2016.

Newton was not looking for a new home for too long, remaining in the Caesars Entertainment collective at its crowning property. Newton had previously headlined the hotel at since-closed Circus Maximus showroom over three stints dating to the 1970s,

“The biggest thing, to me, is being back at Caesars Palace,” Newton said in a phone chat Wednesday afternoon. “Back in the day, around when I owned the Aladdin (in the early 1980s), it was the showroom in town.”

Caesars Entertainment exec Damian Costa has led an evolution of Cleopatra’s Barge, creating a mini-showroom with its unique multiple-tier seating and comparatively intimate capacity of 165 seats. Despite a scale smaller than most major showrooms, the venue has been home to such headliners as Cee Lo Green, Richard Marx, Plain White T’s and, most recently, Paul Shaffer and The Shaf-Shifters.

Matt Goss, now at the Mirage’s 1 Oak Nightclub, was the first showman to headline the room in a ticketed show (the venue was temporarily renamed The Gossy Room), running from 2010-2016.

“We certainly consider Cleopatra’s Barge as a headlining room,” Costa said Wednesday. “It’s gone through a lot of different versions, lots of different things have happened over the years, but it’s good for headlining entertainment. I think its size and scale is really in line with Wayne’s storyteller concept.”

But staging ticketed shows doesn’t mean David Perrico’s two productions — Pop Strings and Pop 40 — are moving anywhere. Costa said that those two no-cover shows will remain in the space, but are the “exception” to the headliner trend.

Newton’s show is breaking ground, too, as the first all-ages show in Cleopatra’s Barge (this is a significant shift in clientele for those who remember the venue as a tawdry nightclub a decade ago).

“I have had kids 8, 9, 10 years old come to the show with their parents or grandparents,” Newton said. “I’ve always had a family show.”

Newton will be backed by a live band and take questions from audience members in much the same format as his Windows production. He’s expecting to move around the room a bit more, taking advantage of the Barge’s multiple levels, and even add some highly-produced numbers — including “MacArthur Park,” a fan favorite from his earlier showroom days.

Costa said to expect some advanced technology in the space. The most evident design modification prompted by Newton is the draining of the water in the venue’s vaunted moat. The air quality in that room was less than ideal for vocalists, and Newton suffers from chronic asthma — the condition is the very reason why his family moved to the desert from Virginia when Wayne was a child.

Otherwise, Newton said, “A lot of the changes we have planned will be ongoing, and will be coming in after we open.”

Prior to his re-opening, Newton will confer with Costa and his team to prep for a celebration of his 60th anniversary.

Newton and his late brother, Jerry, opened at the Fremont Hotel’s Carnival Room on May 16, 1959. The 60th-anniversary event will be a major marking of time.

“I don’t know if anyone has ever played that long in one place,” said Newton, who turns 77 on April 3. “You know, in the ’80s I wrote a book, ‘Once Before I Go,’ because I thought that most of the things I’ve wanted to do were about done. But my life seems like it just started, and it’s it’s been even more exciting since then.”

Newton then laughed and said, “I can’t wait for the next 60 years!”