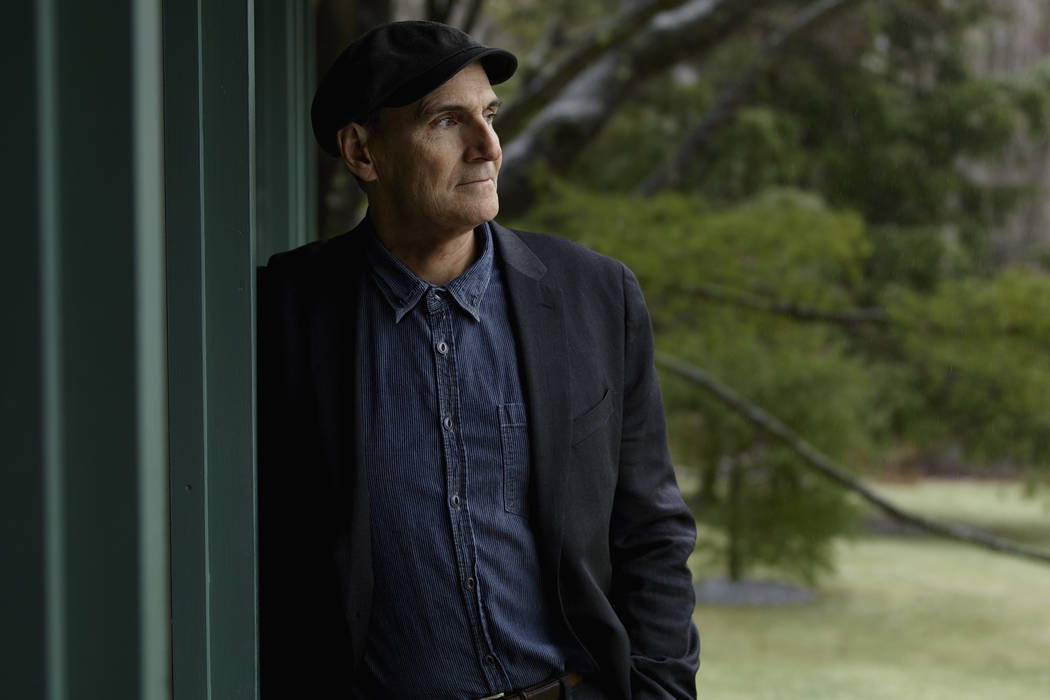 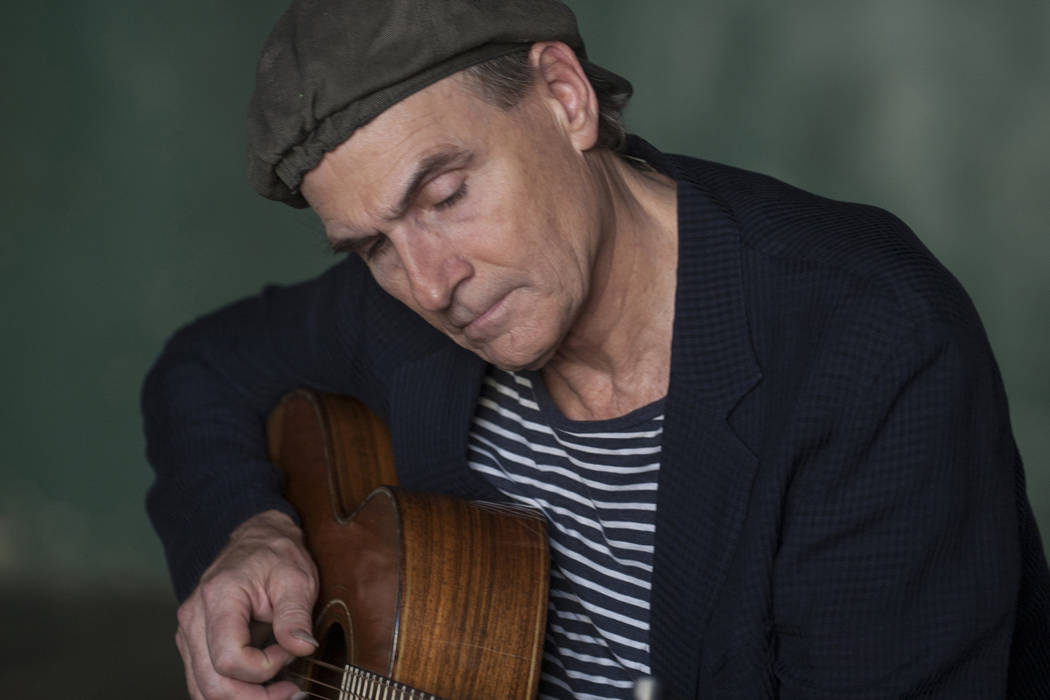 James Taylor has never played a Las Vegas Strip residency, but he was present — spiritually — in Garth Brooks’ show nearly a decade at Encore Theater at Wynn Las Vegas.

Brooks, a well-known Taylor devotee, told a story about meeting Taylor before an episode of VH1’s “Honors” show. “Now, I don’t think I’m gay, but …” Brooks laughed, continuing, “This guy was beautiful!” Brooks then recalled tears spilling onto his guitar as the two rehearsed Taylor’s classic “Sweet Baby James.”

“When you get to meet with and work with someone who has meant a lot to you and is sort of a source of your art, it is a very profound thing. It means a lot to me that he saw me in that way.”

Taylor, finally, is performing his own Las Vegas residency, James Taylor & His All-Star Band, beginning Wednesday at The Colosseum at Caesars Palace. The series continues for a dozen dates through May 11. Taylor is drawing from the early stages of his career, which produced such hits as “Fire and Rain,” “Carolina in My Mind,” “Something In The Way She Moves,” “Country Road,” “You’ve Got a Friend” and “Shower the People.”

“There will be a lot of songs that people are familiar with, greatest-hits stuff, and songs that aren’t that well-known, but work well live,” Taylor said. “But we are focused on what the audience experience will be and what they want to hear. Give the people what they want is always my operating motto.”

Taylor has for years been a popular subject among Vegas entertainment officials seeking such a headliner run. The comment, “We’ve been trying!” is commonly linked to that lingering effort to land him in residency.

But Taylor said he has been interested in playing the Strip over the past two decades and has played a few one-offs on the Strip.

“It has been an idea that has been floating around for awhile. I think we finally just managed to schedule it,” Taylor said. “To make it work, there is a certain frequency to how a career like this goes, if you are lucky enough to have this continue, it’s basically you write, you record, you promote and then you tour. It sort of has its own cadence, and it’s a matter of timing when something like this will happen.”

Taylor has amassed nearly every conceivable achievement, award and accolade bestowed on a singer-songwriter. He’s a five-time Grammy Award winner, and was inducted into the Rock & Roll Hall of Fame in 2000. He is one of the best-selling music artists of all time, with more than 100 million records sold worldwide.

Taylor had just achieved international fame at the time, and would have been a natural fit for that event. Some reports indicate that Taylor wasn’t considered after an overture to The Beatles was rejected; Taylor was on the band’s Apple label at the time.

“Actually, the fact is I had casts on both of my arms and one of my feet when Woodstock happened,” Taylor said. “I had been in a motorcycle accident in the woods where I lived on Martha’s Vineyard. I had broken my left ankle, my left wrist and my right hand. I was in casts and plaster. I couldn’t have played anywhere, Woodstock or not.”

Taylor has for decades said he rarely listens to his own songs, encountering his music randomly over the radio or in film or on TV.

“I focus so minutely on things as I’m doing them that, yeah, I don’t listen to my own stuff much,” he said. “In terms of going back and listening to those old albums, that’s not something I do.”

Taylor is revisiting the past — of other legendary artists — for an upcoming album filled with standards, which is due out this year.

“It’s a lot of stuff that has recently become really important to me,” Taylor said. “I am listening to a lot of Tony Bennett, a lot of Frank Sinatra, a lot of Sarah Vaughan, Ella Fitzgerald and stuff like that. I knew how great these singers were.”

Taylor has appreciated the evolution of Vegas entertainment since he became a relevant artist in the late-1960s.

“Vegas itself has changed. It’s more culturally diverse and more open to all manner of entertainment,” he said. “I think Cirque had a lot with changing that, and now more and more of my contemporaries are playing there regularly.

“The other thing is, as you move through your life you become more centered and more tolerant of other people’s ways of seeing things. I’m not as stuck up as I was when I was a kid.”