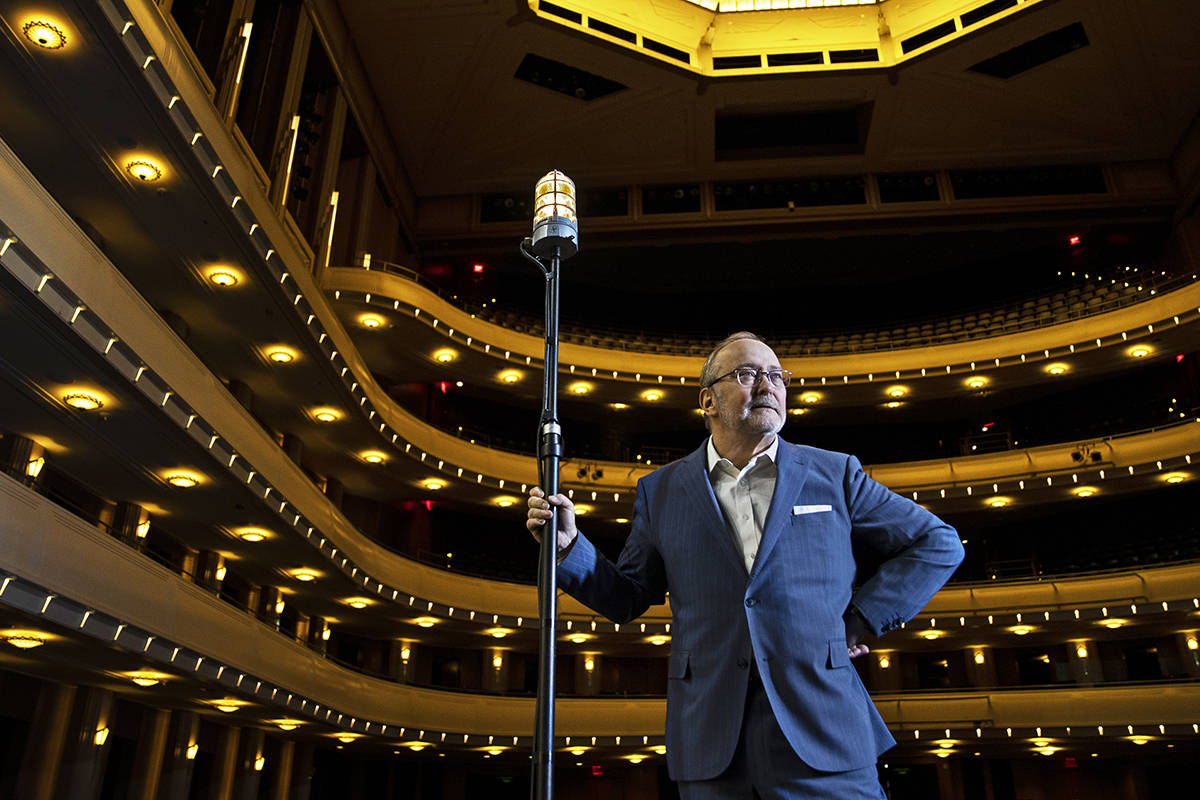 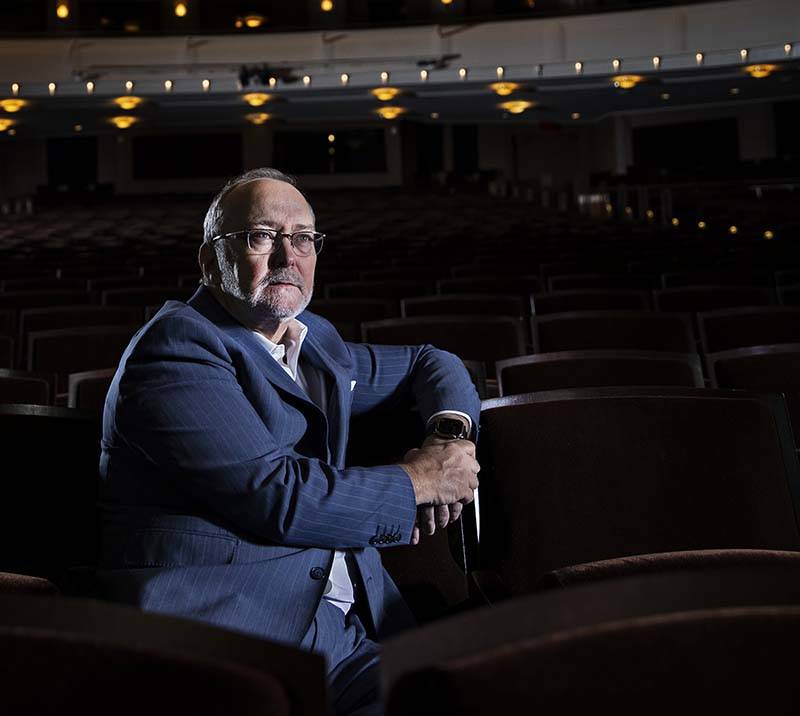 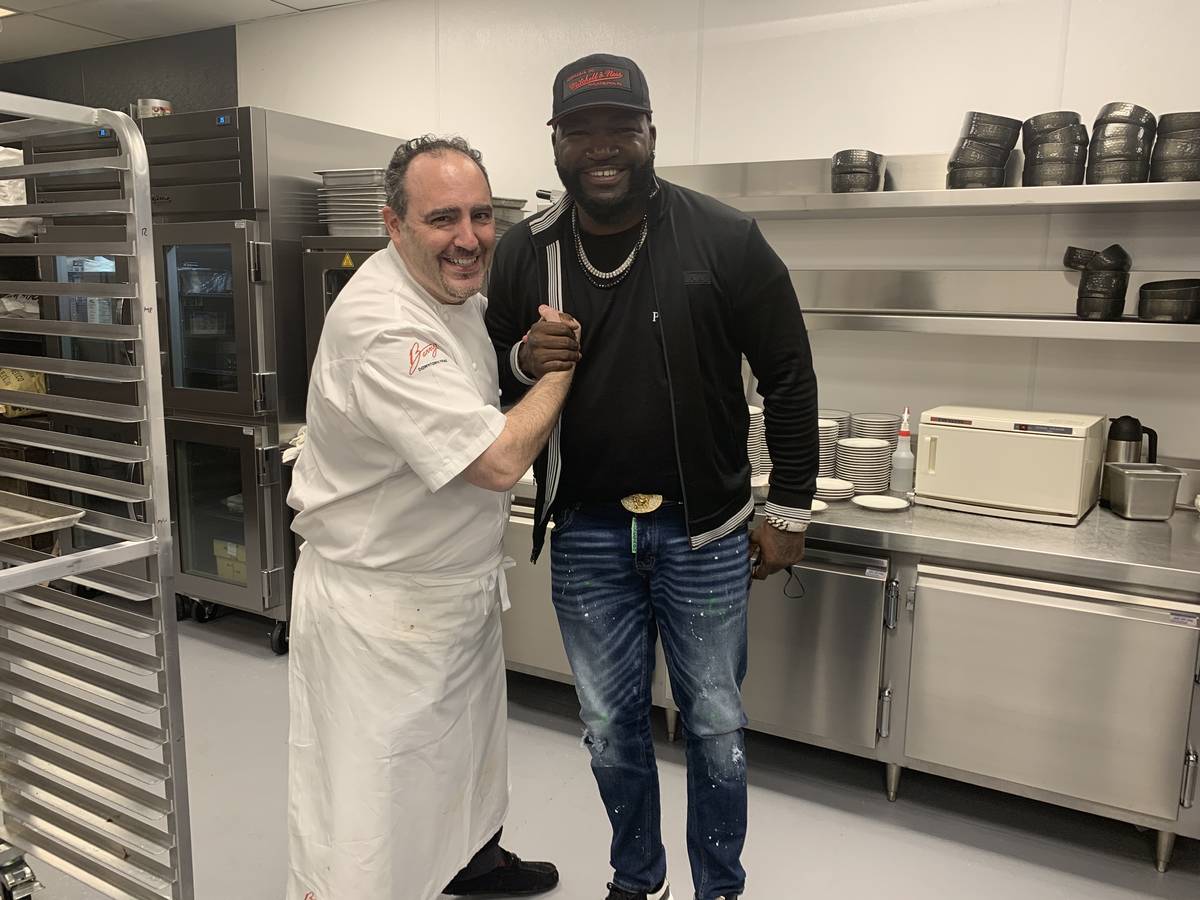 Chef Barry Dakake and David "Big Papi" Ortiz are shown at Circa on Thursday, March 18, 2021. (Circa Las Vegas) 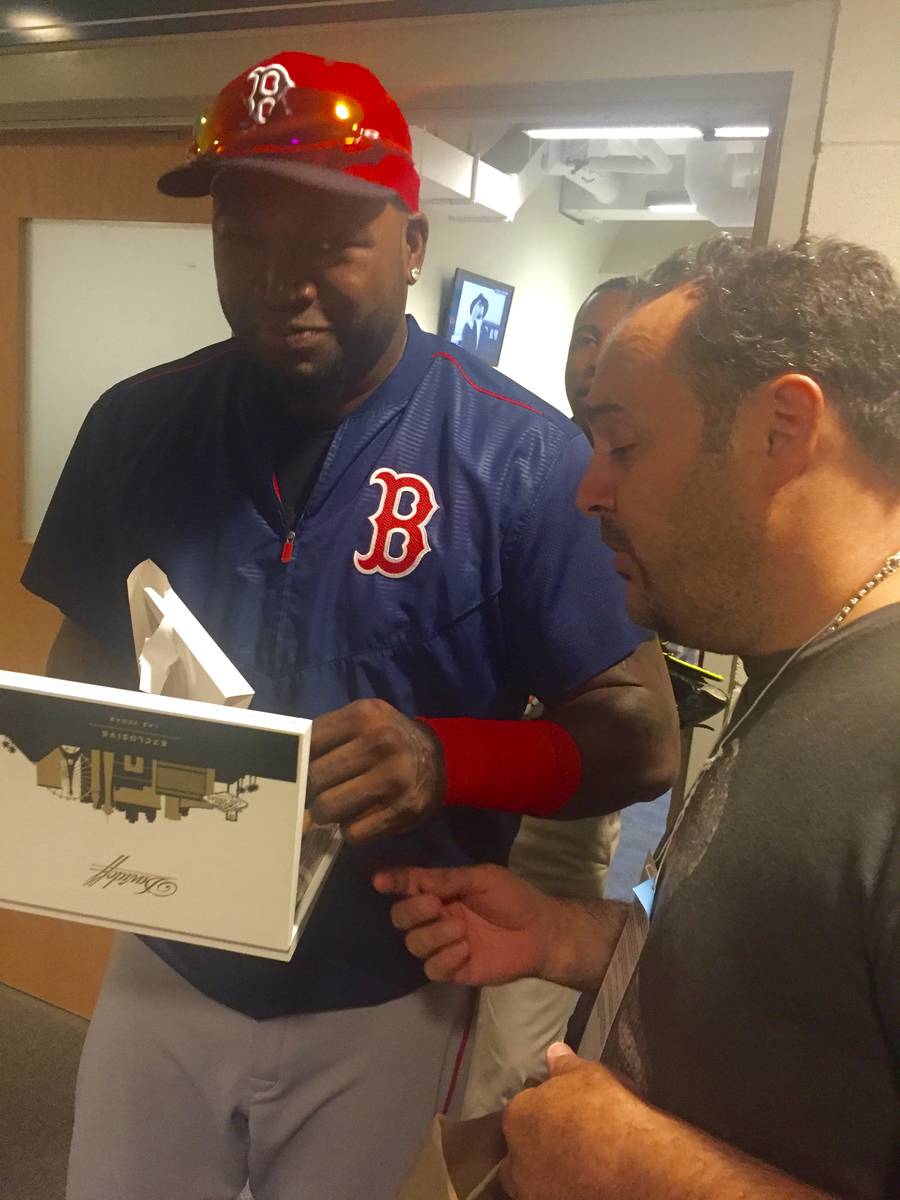 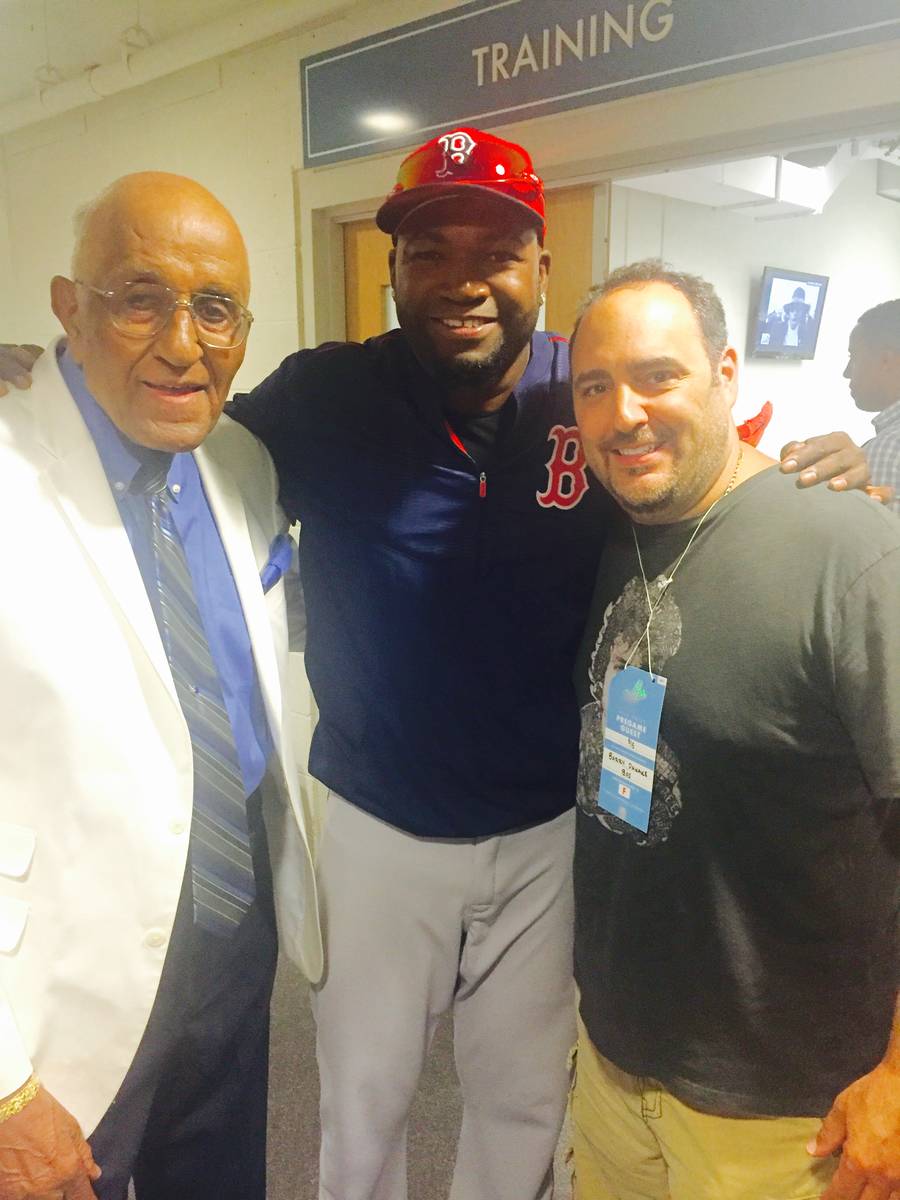 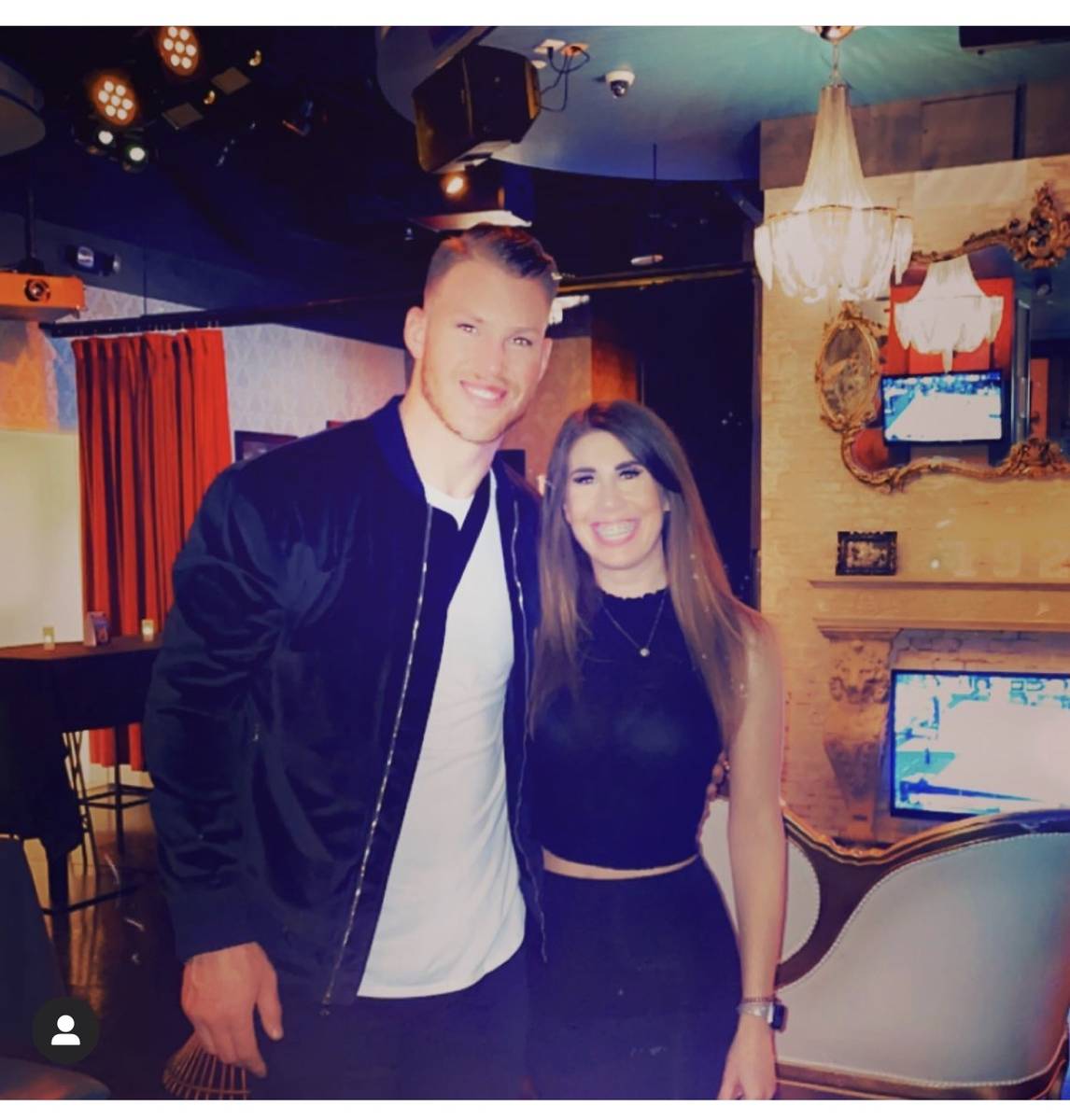 Expect the Smith Center to rise from the fall, in the fall.

“We’re anxious for patrons to come back, our employees to come back, I’m anxious to come back, and it’s almost certain to be in the fall,” Smith Center Myron Martin said in a phone chat Friday. “At this point, it’s more likely to be October than any date.”

There remain many pieces in Martin’s puzzle for reopening Reynolds Hall and Myron’s Cabaret Jazz. The big room is dependent primarily on Broadway touring shows, and if a show can’t tour, it can’t play Las Vegas. But patrons, performers and Smith Center staff can count on both venues to run at full capacity when reopening for shows.

“That’s certainly accurate in Reynolds Hall,” Martin said of the 2,050-capacity theater. “Myron’s could conceivably open sooner than Reynolds, but the realities of big Broadway shows are we have to get 80- to 90-percent sold to break even. We’re not going to open until we can do that.”

Martin is reluctant to specify any show titles, though he did say “Hamilton” is certainly in Smith Center’s upcoming plans for Reynolds Hall. But Smith is resigned that the Broadway Series schedule will be unsettled for the short term. The last pre-pandemic show in the big room was “Once on This Island” on March 14, 2020.

“We’re hoping to announce the upcoming Broadway season in a few weeks,” Martin said. “But when I try to look in the crystal ball, I find that nobody knows.”

For months, such similarly sized venues as The Space, Mosaic On The Strip, Notoriety at Neonopolis and Italian American Club’s showroom have staged live entertainment under COVID-19 restrictions. Live shows are also returning to the Strip at Flamingo Showroom (Piff the Magic Dragon), the “Absinthe” Spiegeltent, Harrah’s Showroom (Tape Face) and The Strat Showroom (“MJ Live”).

“It’s possible Myron’s could be programmed earlier than Reynolds Hall,” Martin said. “But it isn’t cheap to reopen Myron’s. We have world-class talent on the mixing consoles, at front of house, the lighting designer. It costs more to open Cab Jazz than any other place like it in town.”

He added, “We just can’t break even with 50 or 100 people for one show at Cab Jazz. It makes no business sense whatsoever. We need a full schedule to operate.”

Instead, Martin has held to his strategy as such signature events as The Composers Showcase of Las Vegas and Clint Holmes’ new monthly residency have performed at Notoriety. Star showman Frankie Moreno has focused mostly on writing and recording a series of hit songs on iTunes while awaiting the club’s full reopening.

The Smith Center has secured a $1.8 million operating advance from the city of Las Vegas until it can return to business. But Cabaret Jazz can’t yet afford to bring upwards of 100 employees back for the occasional one-off performance.

“Now, if we could do 150 in September and do shows every night, that would be a different thing,” Martin said. “Then, we could have people coming back to work.”

Martin places the entire COVID-19 period in context of the Smith Center, which celebrates its 10th anniversary in 2022.

“I think about all of our entertainer friends who haven’t been onstage and need to perform, and we all miss that so much,” Martin said. “It is important to say over the last 12 months, we have postponed a lot of shows, but many will find their way back on our calendars. Shows will return as soon as we can open safely. Musical acts, comedy, celebrity headliners. We expect it all. We just need to patient, because we will come back, with gusto.”

Calling back to The Composers Showcase, the series of original music by Vegas artists resumes 7:30 p.m March 31 at Notoriety. Eric Jordan Young is back in action after his emergency appendectomy surgery on March 13. As usual, original music abounds.

Tickets are $26 (not including tax), $20 for the livestream, a mere pittance. Reserve seating available at NotorietyLive.com. All proceeds go to the TCS Entertainment Community Relief Fund.

Spiegelworld founder and famed Vegas impresario Ross Mollison is celebrating “Absinthe’s” 10th anniversary from an unexpected location. Mollison is in a hotel in Sydney, Australia, under mandatory COVID-19 quarantine as he conducts business and visits his mother in his home country.

“Absinthe” marks No. 10 on April 1. The show returned to a sold-out crowd Wednesday.

Mollison has not been in Australia for 18 months. In his place, the Gazillionaire (who has somehow evaded quarantine) is heading up all anniversary plans.

— David Ortiz, commonly known as “Big Papi,” dropped in to Barry’s Downtown Prime at Circa on Thursday night. The former Boston Red Sox star has known celebrated Chef Barry Dakake since the days of N9NE Steakhouse at the Palms. Dakake had attended Ortiz’s final game at Dodgers Stadium with the Red Sox in August 2016, and presented the slugger with a box of Las Vegas edition Davidoff cigars. Brooklyn Dodgers legend Don Newcombe, who passed away in 2019, was also on the scene. Newcombe was a member of the team’s front office at the time. 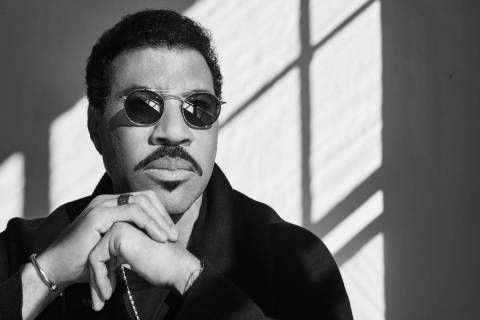