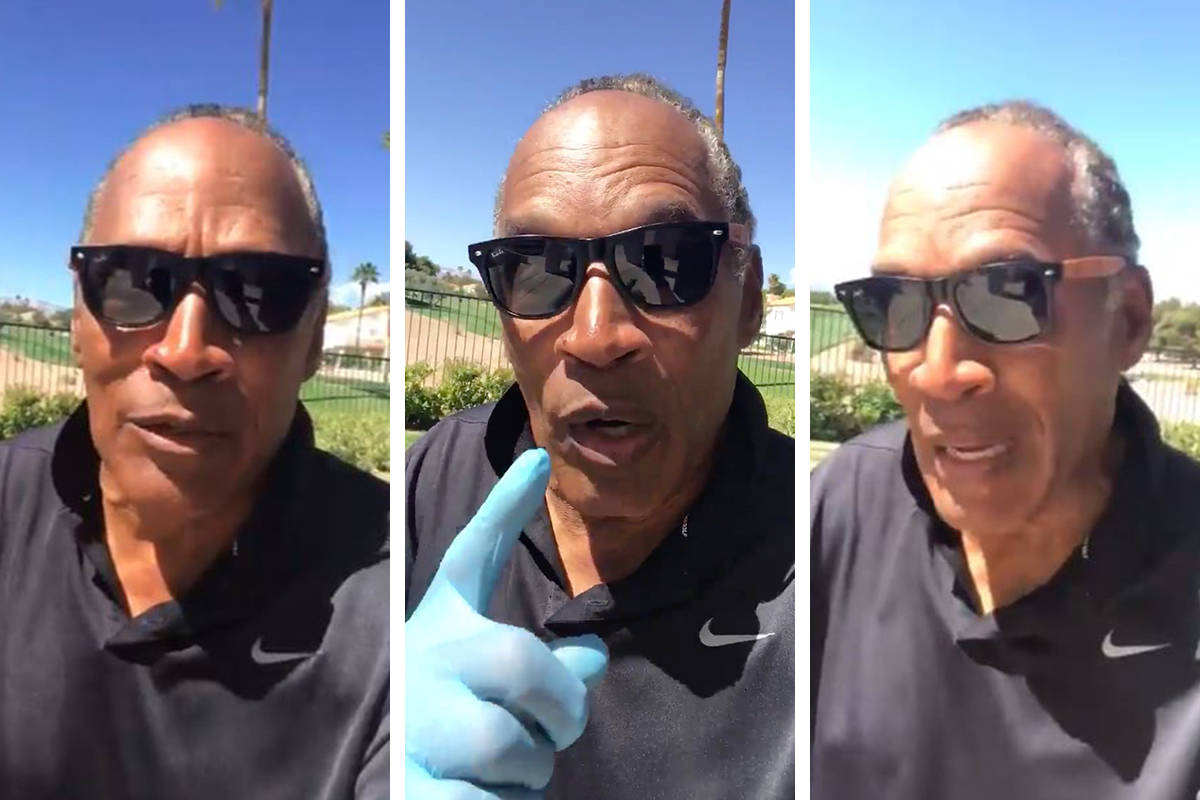 Those who have seen “Tiger King” know what this means.

Lewis’ disappearance is a subplot in the documentary series, the No. 1 show on Netflix and a national sensation. Baskin’s chief antagonist, Joe Exotic (Joseph Maldonado-Passage) repeatedly and energetically accuses Baskin of killing her husband, then feeding him to the tigers.

But Simpson, shown wearing a blue latex glove on his right hand, says he’s figured it out.

“There’s not a shred of doubt, in my mind, that that lady’s husband is tiger sashimi right now. I’m just sayin’,” said Simpson, who lives at Red Rock Country Club in Las Vegas. He posted the comment on his Twitter page, after a round of golf where he reports, “I actually played pretty well.”

Elaborating on “Tiger King’s” widespread popularity, Simpson said, “Yesterday I watched this show, and, oh my God, is America in this bad a shape? I watched about six episodes of this show and I couldn’t believe what I was looking at. White people! What’s with you and wild animals? Leave them animals alone!”

In a universally accepted assessment, Simpson adds, “The show is crazy, but it’s so crazy you just keep watching.”