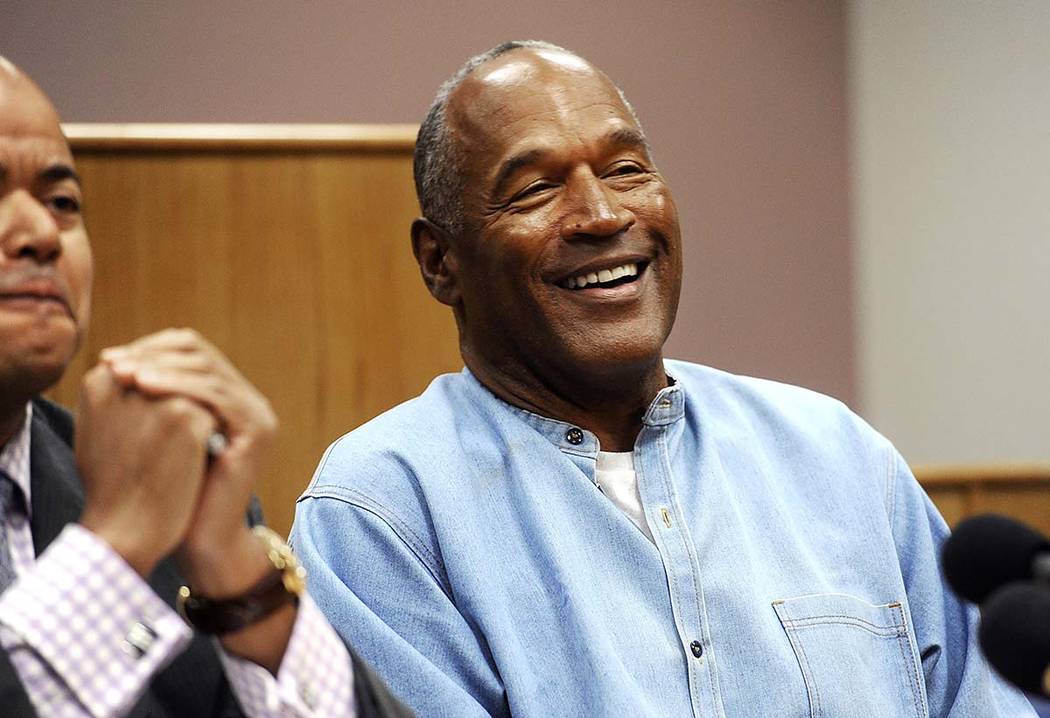 In this July 20, 2017, file photo, former NFL football star O.J. Simpson reacts after learning he was granted parole at Lovelock Correctional Center in Lovelock, Nev. Simpson got into a series of minor legal scrapes following his 1995 acquittal of murder charges in the deaths of his wife Nicole Brown Simpson and her friend Ronald Goldman. (Jason Bean/The Reno Gazette-Journal via AP, Pool) 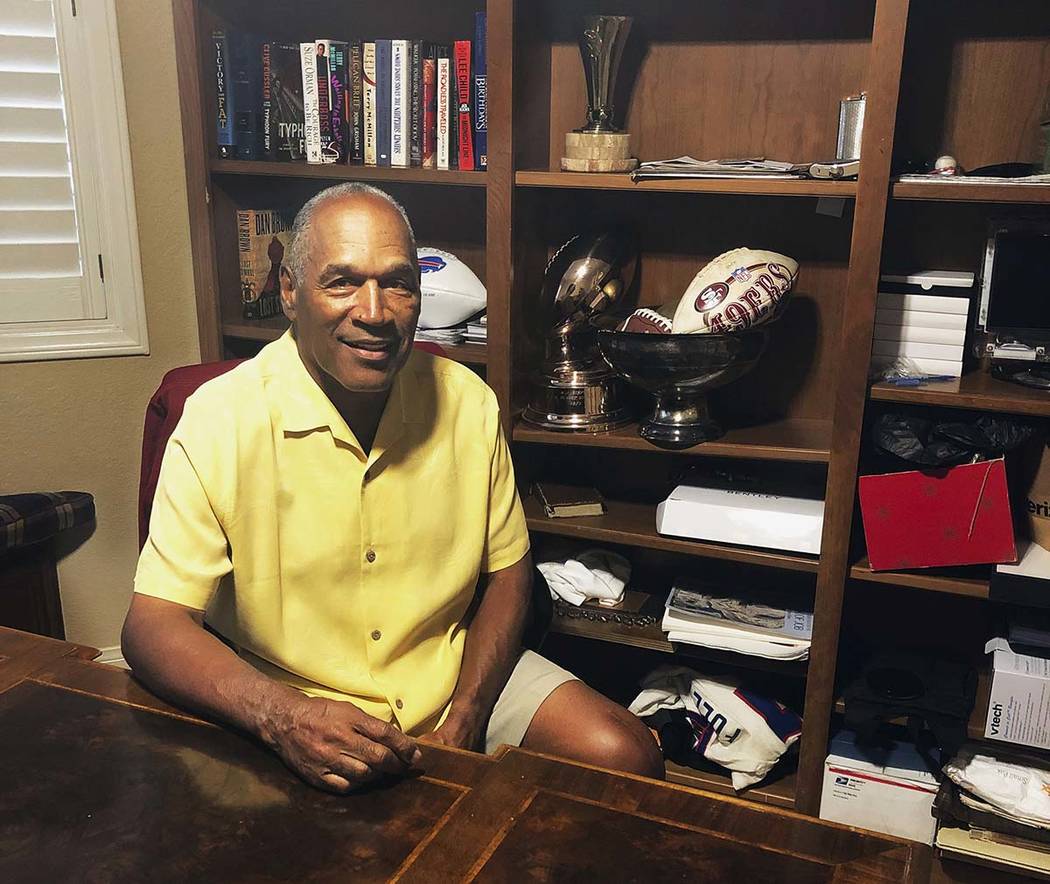 This Thursday, June 6, 2019, photo shows O.J. Simpson in his Las Vegas area home. After 25 years living under the shadow of one of the nationճ most notorious murder cases, Simpson says his life now is fine. (AP Photo)

O.J. Simpson has been attempting to carve out a new life in Las Vegas since being released from state prison in October 2017. But Court TV is taking a long look back at Simpson, and “The Trial of the Century.”

The cable network is developing “OJ25,” debuting in January. The 37-part series focuses on every week of the 37-week trial, in which Simpson was tried for the murders of his ex-wife, Nicole Brown Simpson, and her friend Ron Goldman on June 12, 1994. The trial was held from Jan. 25 to Oct. 2, 1995, with Simpson acquitted on two counts of murder.

The publication The Wrap was first to report the upcoming docuseries.

“OJ25” will coincide with the same week-to-week developments of the trial, 25 years later. Legal analyst Roger Cossack, who added commentary in the original trial, will host.

Court TV, which went off the air in 2008, returned to programming in May.

Scott Tufts, vice president and managing editor for Court TV, was quoted in The Wrap from the Television Critics Association press tour: “Everyone knows one line from Johnnie Cochran. They don’t know what really happened. For many viewers under the age of 40, this will be their first opportunity to see the trial.”

Simpson has recently activated his Twitter account and has been providing a running video commentary centered mostly on the NFL and also the upcoming presidential campaign. Tuesday he addressed “Twitter World” with a video supporting star running backs Ezekiel Elliott of the Dallas Cowboys and Melvin Gordon of the L.A. Chargers. Both are holding out in contract renegotiations. (Elliott was involved in confrontation with a security guard at Electric Daisy Carnival on May 18, and on July 2 posted that he had met with NFL Commissioner Roger Goodell to explain his actions.)

“This is what running backs have to look forward to in their futures,” Simpson said, showing his surgically repaired right knee. “We have the shortest position careers in the NFL … So, pay these guys!” He also previewed the first of two nights of the Democratic presidential debates, saying, “Sometimes I wish there were no Democrats and no Republicans, just Americans.”