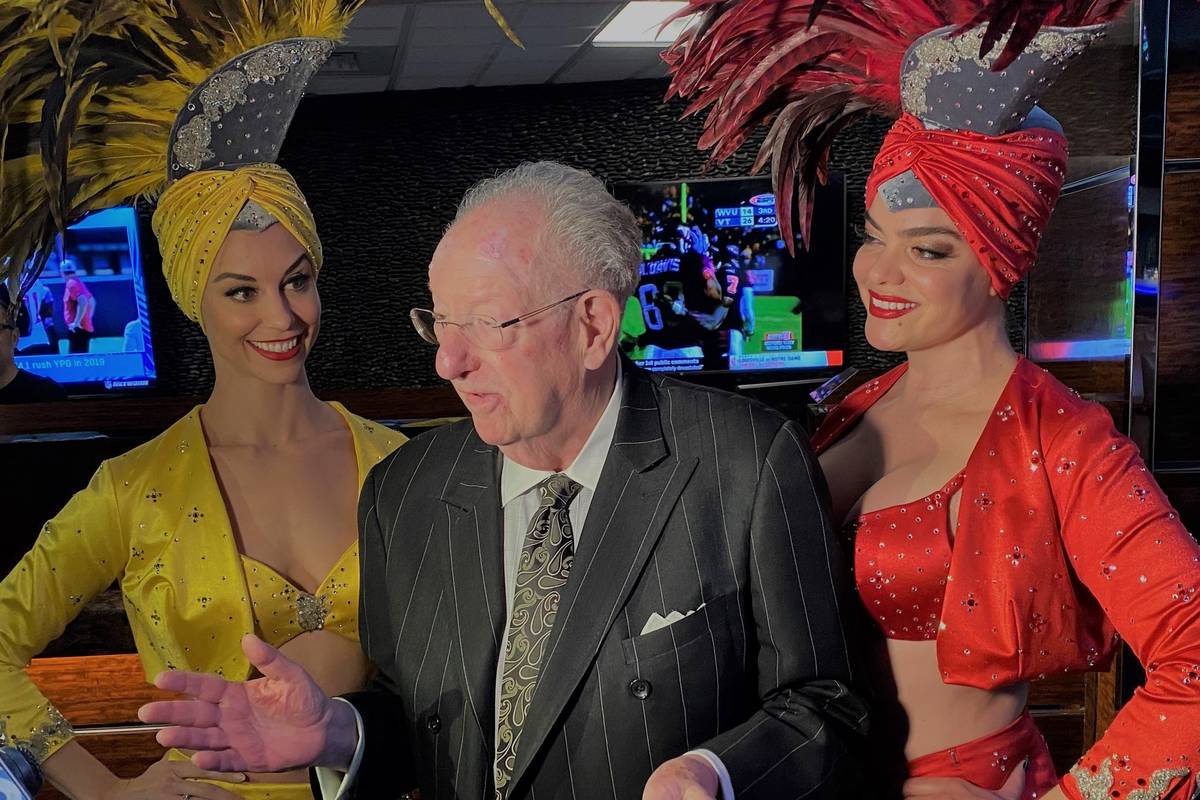 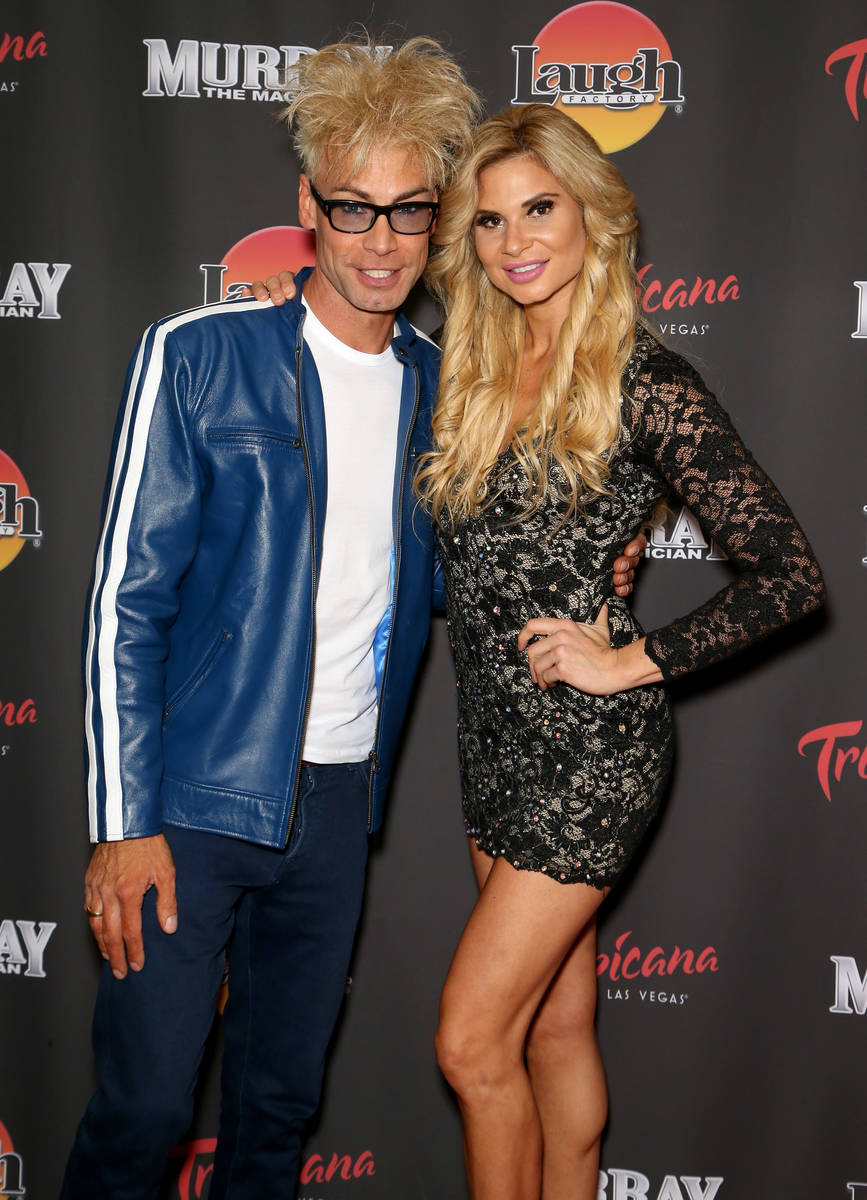 Magician/comedian Murray Sawchuck and dancer Dani Elizabeth attend the opening of "Murray the Magician" at the Laugh Factory inside the Tropicana Las Vegas on October 24, 2018 in Las Vegas. (Gabe Ginsberg) 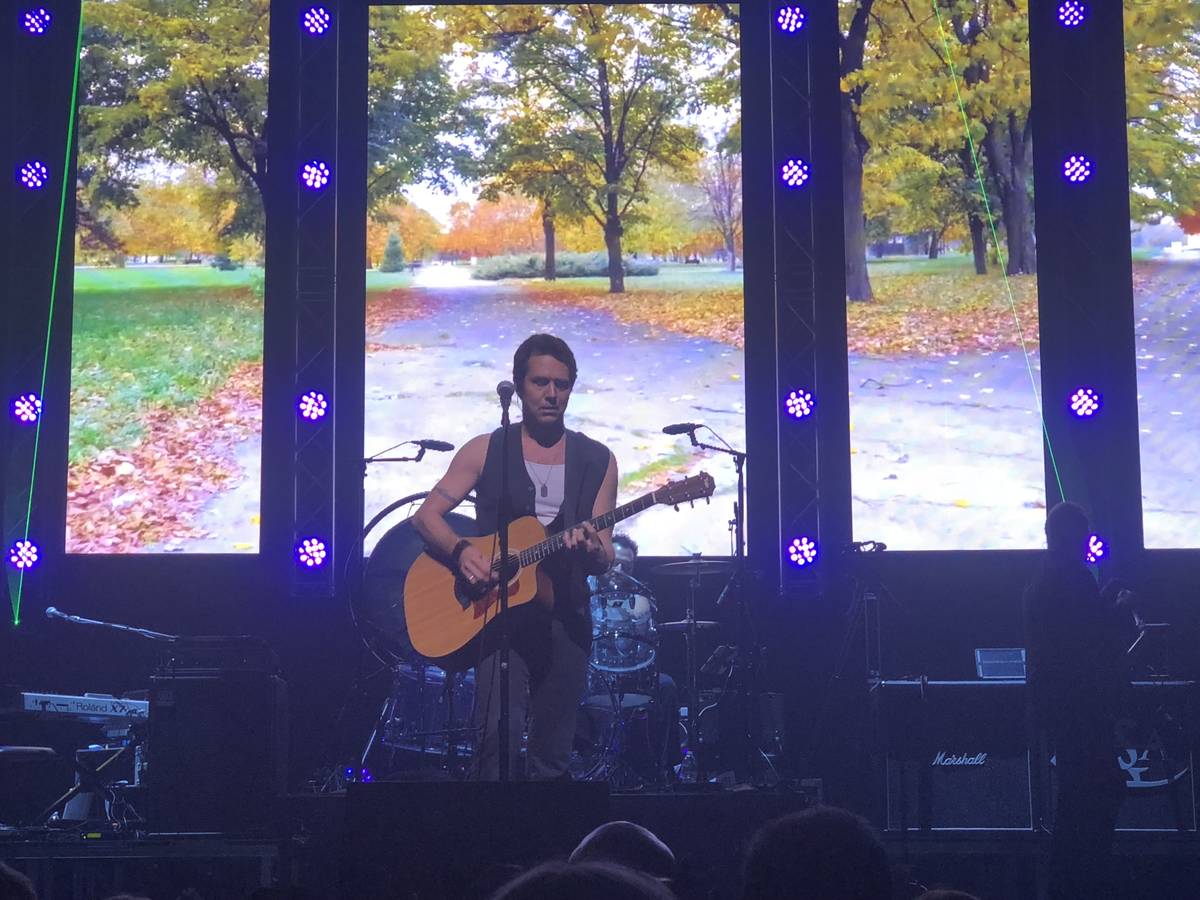 Brody Dolyniuk is shown during “Zeppelin USA: An American Tribute to Led Zeppelin” at Reynolds Hall at the Smith Center for the Performing Arts on Friday, Aug. 17, 2018. (John Katsilometes/Las Vegas Review-Journal) @JohnnyKats 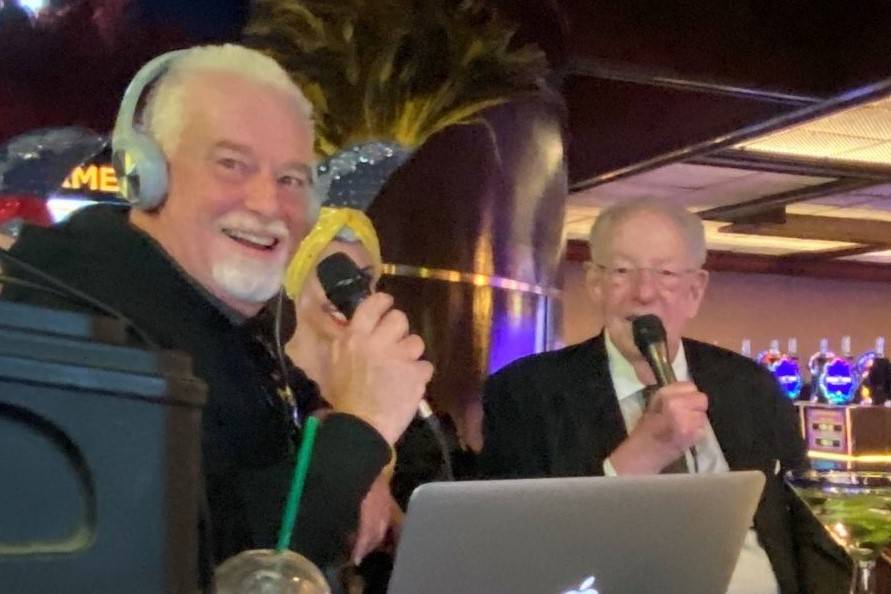 The Kats! Bureau at this writing is at Vince Neil’s Tatuado on East Tropicana Avenue. I took the opportunity of this impromptu drop-in to snap a pic of the painting of Neil, from his 1984 hair-metal days, hanging at the bar. I sent it to Neil, as one does. He texted back “Where is that!?” I’m barely familiar with the place, having never been here, but there is no problem with social distancing on this midafternoon visit.

Though he’s no longer the official LVCVA ambassador, Oscar Goodman will nonetheless fulfill his tradition of making his splashy Super Bowl bet at Westgate Superbook. Goodman says he’s been busy handicapping the Super Bowl, and plans to put his bet down next Friday.

But the former Las Vegas Mayor and self-proclaimed degenerate gambler is not saying where he’s throwing his money.

“Call me the day before I make my bet, and I’ll give you the Oscar Special,” Goodman said. He seemed to favor backing Tom Brady and the Buccaneers, especially if number moves the Chiefs minus-4.

Goodman does know how he’ll arrive at the Super Book, where he plans to appear on Brian Blessing’s Sportsbook Radio show on ESPN 1100.

Clint Holmes is moving toward a March 6 return to live performance at Notoriety at Neonopolis. The venue’s proprietor, Ken Henderson, let that info out during “PodKats!” from the Robin Leach Theater stage. The show posts 3 a.m. Monday.

As Henderson described, Holmes would host Saturday matinee shows, introducing some emerging artists in VegasVille. He has not performed live since March 14, when his Ray Charles tribute tour with Take 6 was cut short.

As for returning to the stage, Holmes says, “I’ve gotta do it, for every reason. I’m excited about it.”

Henderson also mentioned plans for an open-mic night at Notoriety hosted by “Crazy Girls” emcee Dani Elizabeth. You might also know Elizabeth as sidekick for her significant other, Murray Sawchuck, during his act at “Fantasy” at Luxor. Or, you might know her from the couple’s attire-optional Instagram posts.

Elizabeth is building a stand-up act and has stepped into the open-mic night at Champagne’s Cafe, pre-pandemic. She’s good, no joke.

The ever-rocking Brody Dolyniuk has found a sweet spot in the Beehive State. Dolyniuk has two dates booked at Tuacahn Center for the Arts near St. George, Utah, in March. His “Zeppelin USA” production is March 12, followed by “Elton John’s Greatest Hits Live” on March 13.

It’s Dolyniuk’s second appearance at the venue during pandemic times. He fronted “The Magic of Queen” on Nov. 12. As the wickedly talented singer and musician posted on Facebook, “It’s a rare thing to even mention a live show in these times, but Tuacahn has been successful in staging shows in compliance with their local government guidelines using mask mandates and sanitizing stations. Fingers crossed, these two shows go off without incident.”

The venue is set for 2,000 fans. This is worth a road trip in March. We already know what music to dial up.

Area15’s latest in a string of openings is ElectroRoll, described as a pop-up roller rink outside the venue’s A-Lot. The signature attraction is a 2,000-square-foot-rink with LED lights, fluorescent decor, house music, interactive visuals and games. On Friday and Saturday nights, guests can groove to vintage-era disco hits with ElectroRoll-Disco, for ages 21 and over. Those tickets include a free drink, a sanitized silent disco headset and an extended-skate session of 90 minutes.