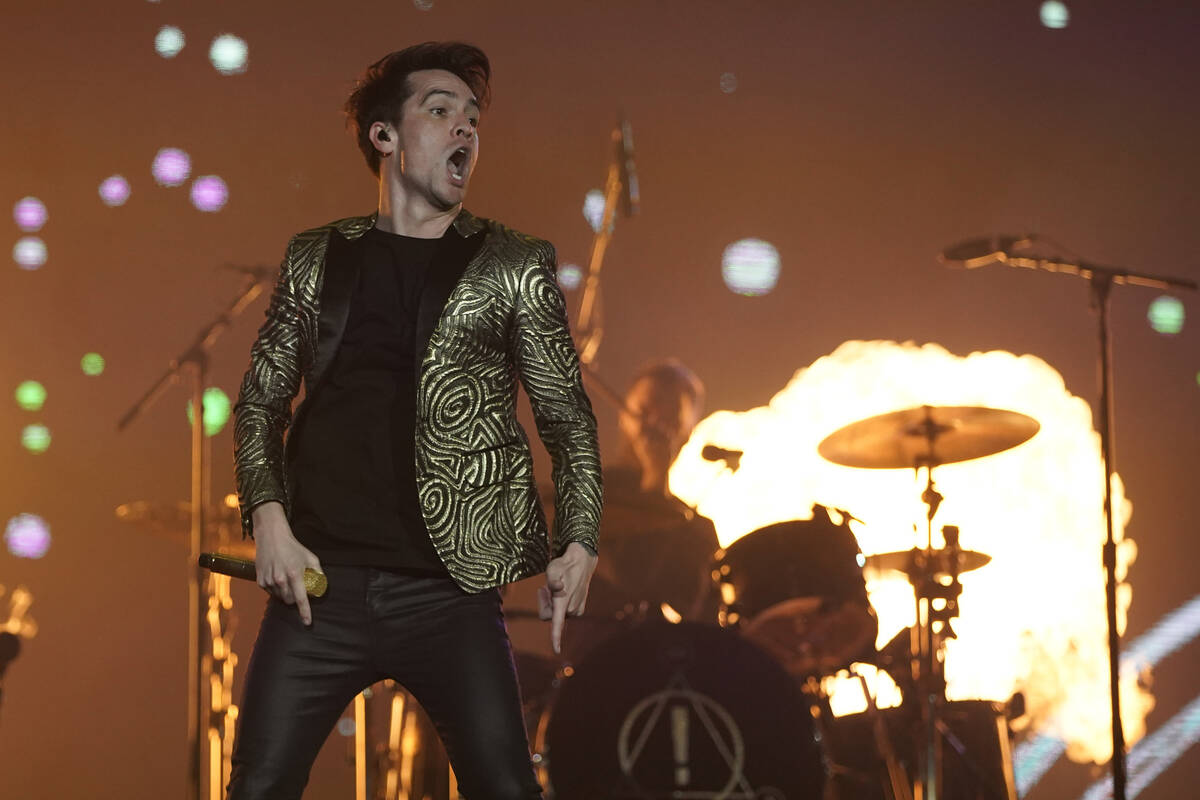 Brendon Urie of the Panic! at the Disco performs at the Rock in Rio music festival in Rio de Janeiro, Brazil, Thursday, Oct. 3, 2019. (AP Photo/Leo Correa)

Panic! At the Disco is splitting up as its founder is starting a family.

Brendon Urie, front man for the rock band that launched in Las Vegas, announced on social media plans to discontinue the act. Urie and his wife, Sarah, are to be parents.

“Growing up in Vegas I could’ve never imagined where this life would take me,” Urie posted on the band’s Instagram account. “So many places all over the world, and all the friends we’ve made along the way.

A post shared by Panic! At The Disco (@panicatthedisco)

“But sometimes a journey must end for a new one to begin. We’ve been trying to keep it to ourselves, though some of you may have heard. Sarah and I are expecting a baby very soon! The prospect of being a father and getting to watch my wife become a mother is both humbling and exciting. I look forward to this next adventure.

“That said, I am going to bring this chapter of my life to an end and put my focus and energy on my family, and with that Panic! At The Disco will be no more.”

The band’s finale is to be its European tour, opening Feb. 20 in Vienna and closing March 10 in Manchester, England.