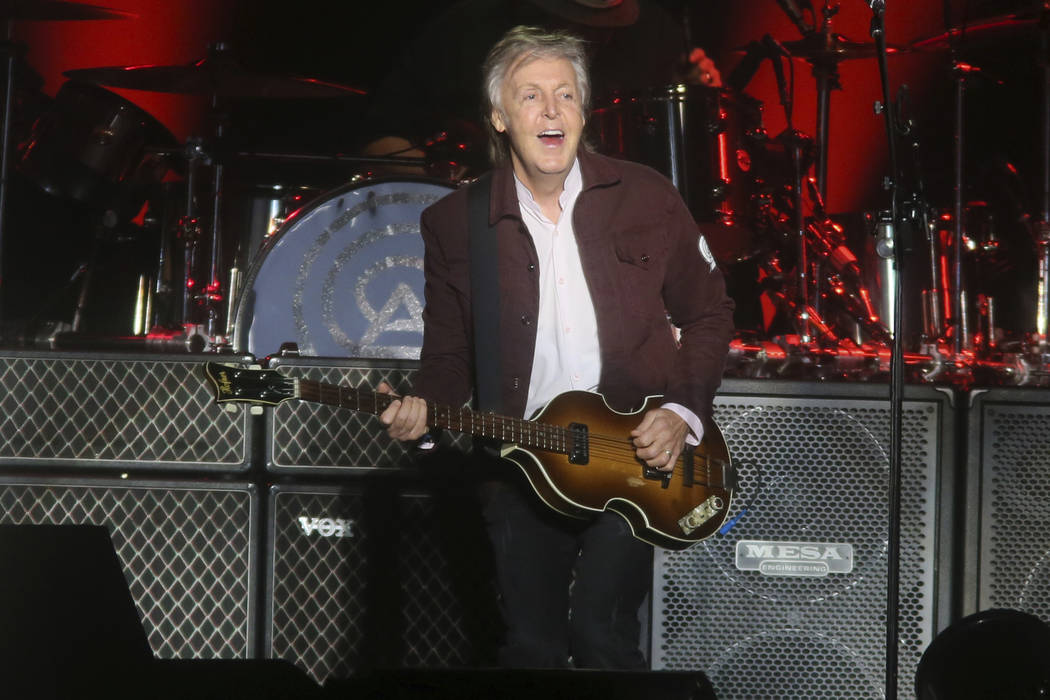 Paul McCartney is adding a second date at T-Mobile Arena in June and Rod Stewart has set his eight shows for the fall at Caesars Palace in a spate of show announcements this week.

McCartney’s second show on his “Freshen Up” tour is June 28. This is due to the high demand for his initial show on June 29. The tour is in support of his top-selling album “Egypt Station,” and the show is loaded with hits from his days with The Beatles, Wings and his solo career. Tickets are on sale at 10 a.m. Monday.

Due to overwhelming demand for tickets Paul has confirmed a second night at the T-Mobile Arena in Las Vegas on Friday 28th June. Ticket and pre-sale info HERE: https://t.co/0RQjJKxNGK #FreshenUpTour pic.twitter.com/Tgjz5khs4M

Stewart has tacked on eight shows in his “Rod Stewart: The Hits” residency at the Colosseum at Caesars Palace. His long-running series, which opened in 2011, continues for dates Sept. 18, 20, 21, 24 and 30; and Oct. 2, 4 and 5. The eight-pack represent Stewart’s only U.S. dates this year. His tickets are on sale noon Friday.

Elsewhere, singer-songwriter Jackson Browne has announced dates on Aug. 21, 23 and 24 at Venetian Theatre. His tickets are on sale 10 a.m. Friday.

And, lest we forget the smaller haunts and taller performers: Puddles Pity Party has announced new dates at Caesars Palace’s Cleopatra’s Barge for April 25, 26 and 27; May 2, 3 and 4; and June 13, 14 and 15. The towering, singing comic clown performed very well, artistically and in terms of sales, in his first run on the Strip in January. Tickets for that show are on sale now.