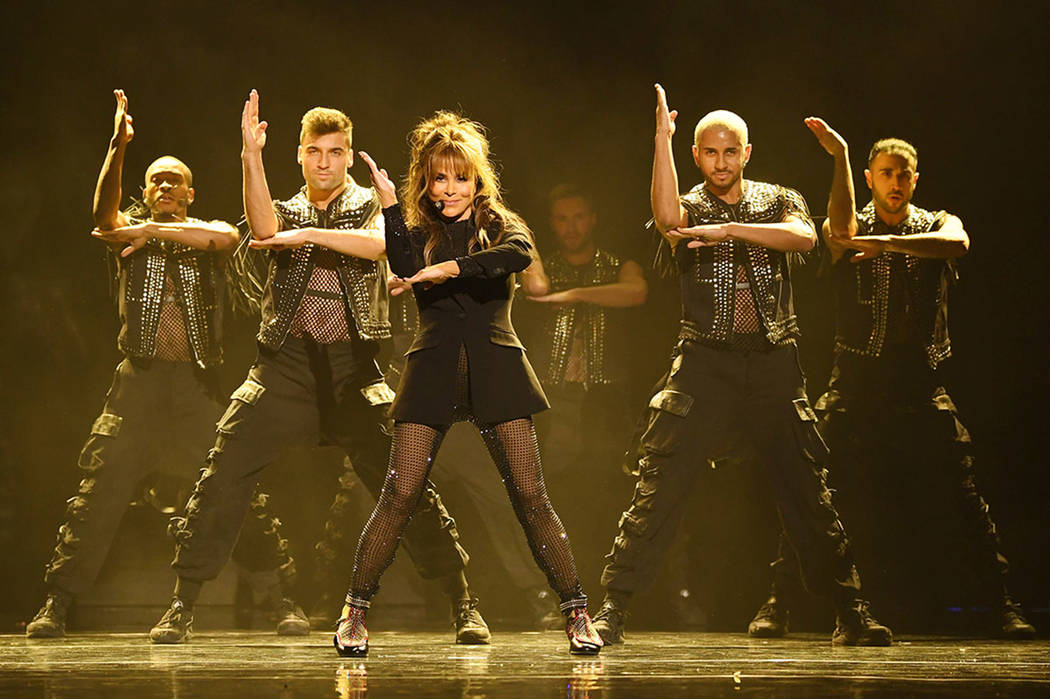 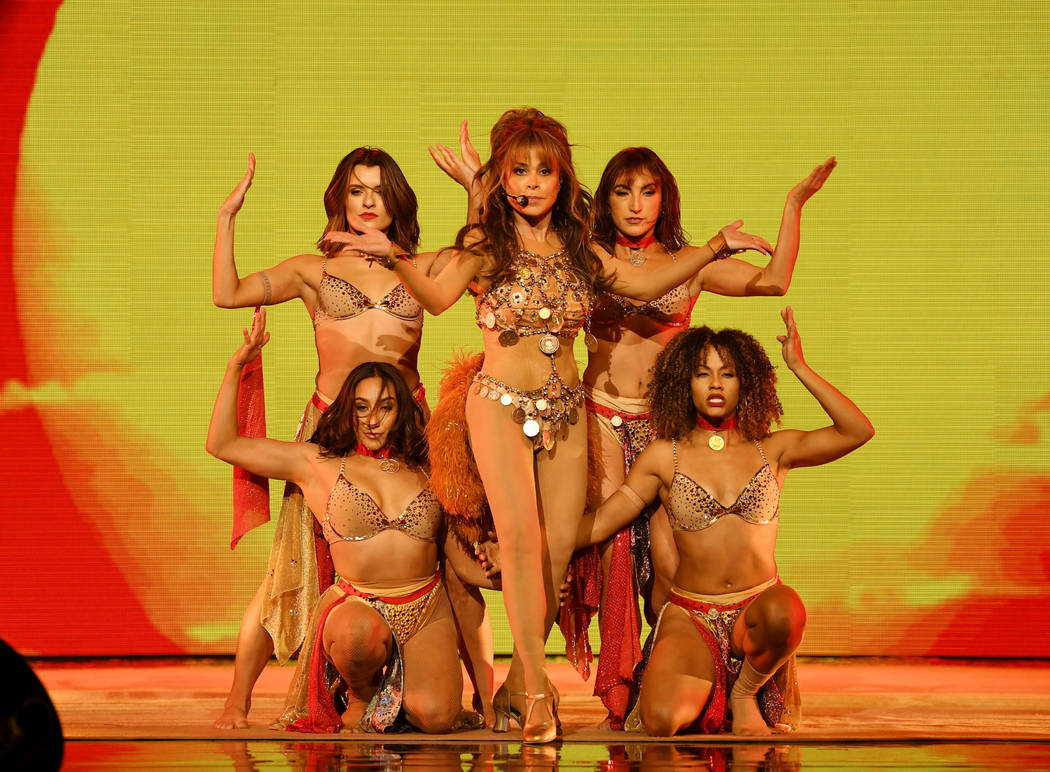 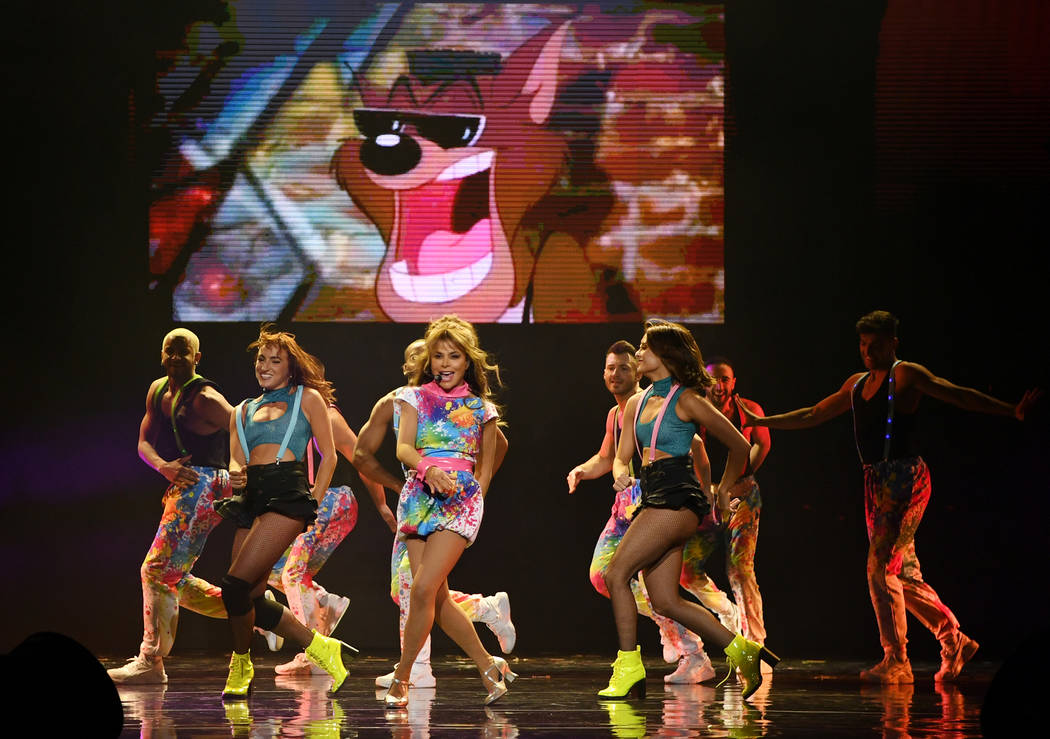 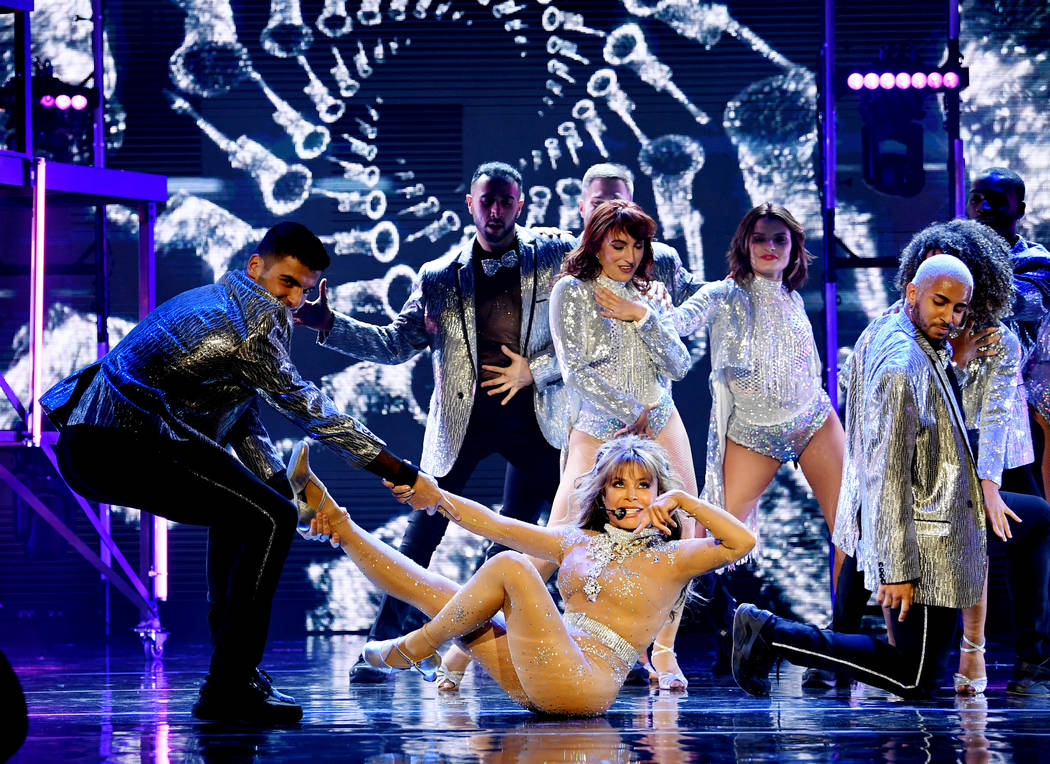 Paula Abdul makes a few references to her age of 57 in her new “Forever Your Girl” residency production at Flamingo Las Vegas. In a moment likely to rattle her longtime fans, she refers to “hot flashes,” and rolls out video highlights from the 1980s on VHS tape.

Abdul doesn’t look her age, to bow to a showbiz cliche. Maybe 20 years younger, if that. She opens with a stage dive into the arms of her crack dance team, the same move that electrified the crowd at the Billboard Music Awards show at MGM Grand Garden Arena in May.

She speaks with a youthful enthusiasm when recalling her days on “American Idol,” dealing with the British accent of Simon Cowell attempting to throw her off her game during the groundbreaking contest show. Between numbers in which she shows off her energy and agility, she talks of essentially fooling the Laker Girls judges during auditions — changing her outfit and her hairstyle twice to continue her tryout — to finally win a spot on the famous NBA dance team.

But away from the stage, Abdul speaks with a maturity of an entertainment vet who has spent nearly her entire adult life on stage.

Asked during a Q&A Friday afternoon on the Donny & Marie Showroom stage what advice she would give her teenage self, Abdul said, “Don’t be afraid to be more assertive with saying no. This business can make you feel like you will never work again. When everything was happening for me in the beginning, it was pretty overwhelming. I would say, ‘Yes, yes,’ and my quality of life would suffer, because I would not be able to spend time with my family, go on family vacations.

“I had such responsibilities as a young girl, things that don’t happen for young girls.”

Abdul’s show plays out as a series of dance numbers that connect her own extensive narration from the stage. She recalls the night in 1992 when she was aboard a seven-seat plane that crash landed after a show in St. Louis, leaving her with knee and head injuries. That incident makes her dance performances through “Cold Hearted,” Opposites Attract,” “Straight Up” and the show’s title number, even more impressive.

Abdul offers a change-of-pace highlight, describing the art of building a show while seated onstage and dancing in place to her own narrative, with her dance team positioned behind her. She calls off the soup-to-nuts process, even stating that, “I have to do a budget — this chair costs $200, and it’s not even comfortable!” to convey challenges an audience doesn’t often see.

“I wanted to talk about what you’re going to actually see tonight,” Abdul says. “It’s about what goes into making a show, what it takes to put a production together … the hardest thing about that number is there is no music, and all the dancers have to go off whatever cadence I have, and if I mess up they have to hold on until I figure out what’s going on (laughs).”

Even with extensive stage production — especially a wall-to-wall LED screen at the back of the stage — Abdul seizes organic moments. She begins the show not as a dancer, but as a choreographer, calling directives to her dancers from a platform at the side of the stage.

The show’s large-scale production feels as if it’s built for a larger venue, but Abdul is not thinking about evolving the show (which runs through Jan. 4) just yet.

“I want to put my heart into everything I do, and try not to have attachments to the outcome,” she says. “I used to think, ‘If I put the hard work in, it should have turned out like this.’ Now, if I just put my heart into it and let it go, I don’t have regrets.”

You know what hops? Carnival Court between Harrah’s and Linq Hotel. The top-40, dance and rock act Mr. $ Mrs. Smith are in rotation at the no-cover party annex, performing next at 8 p.m. Sunday. Lyssa Baker, Sham Lewis, Aaron Fuller, Scott Teeple and Mario Basner throw it down after sundown. Grooving is not mandatory, but it is encouraged.