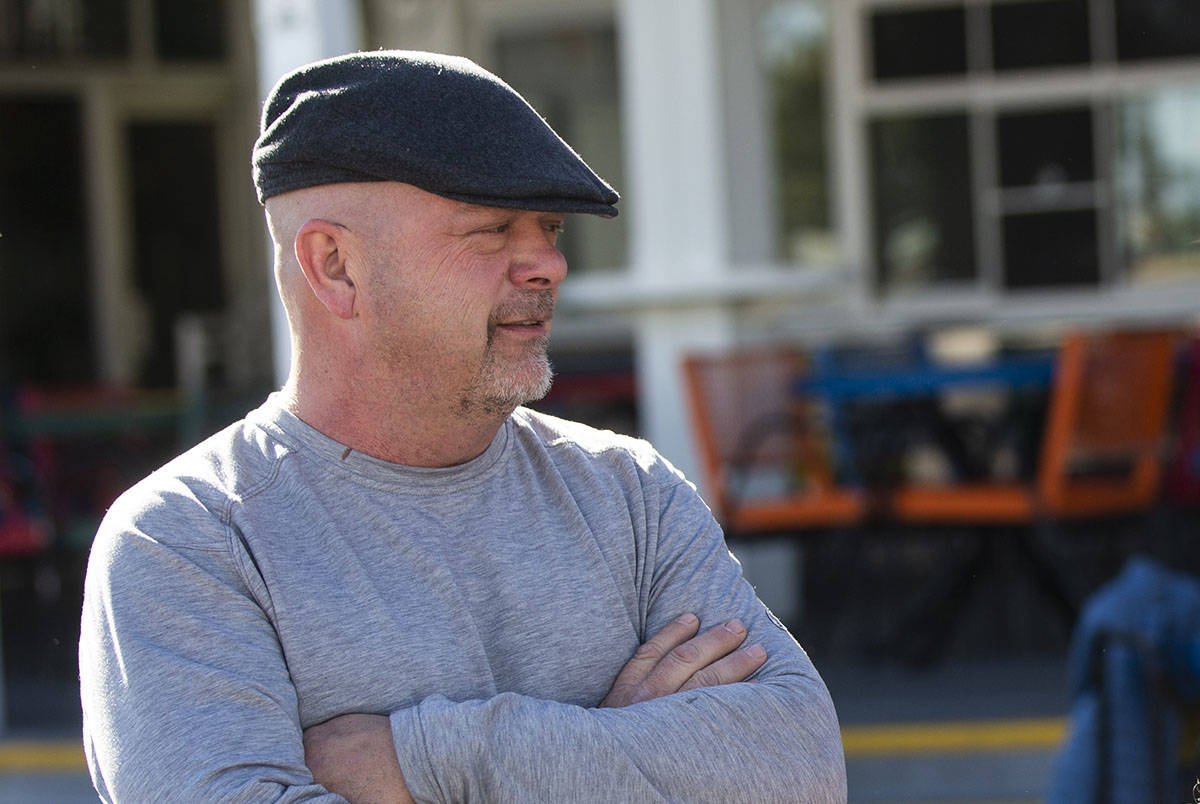 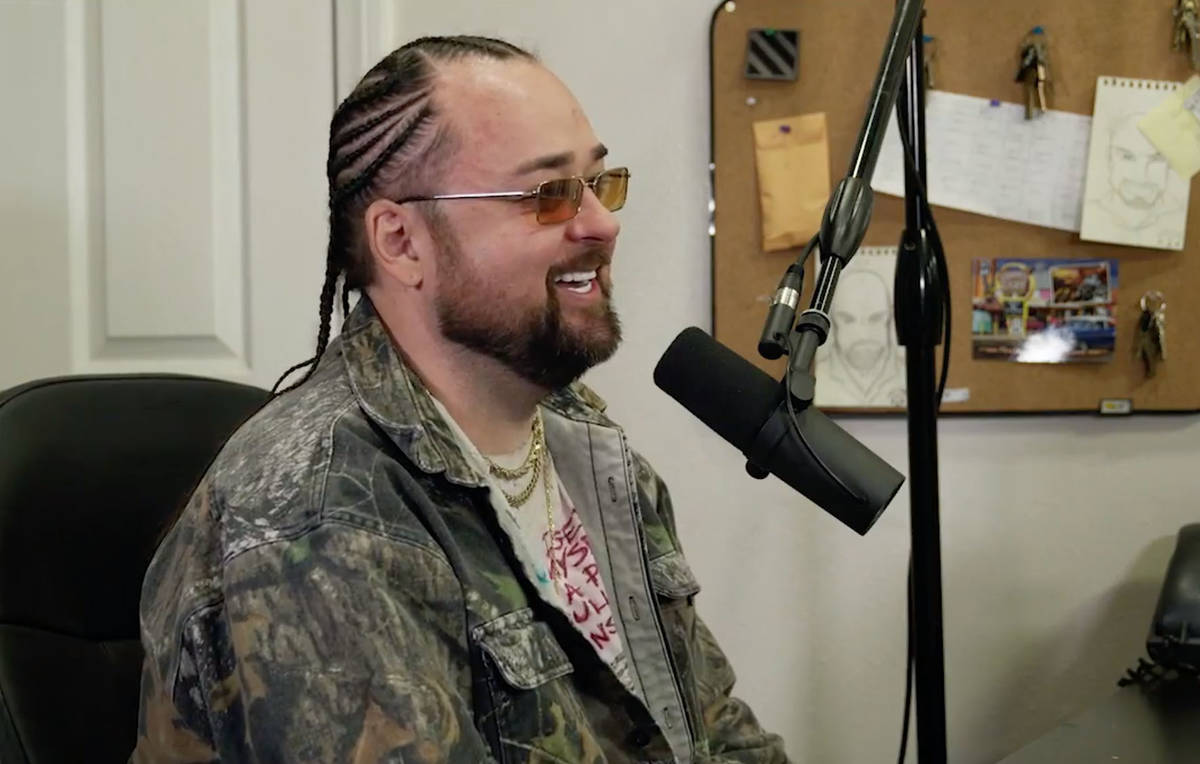 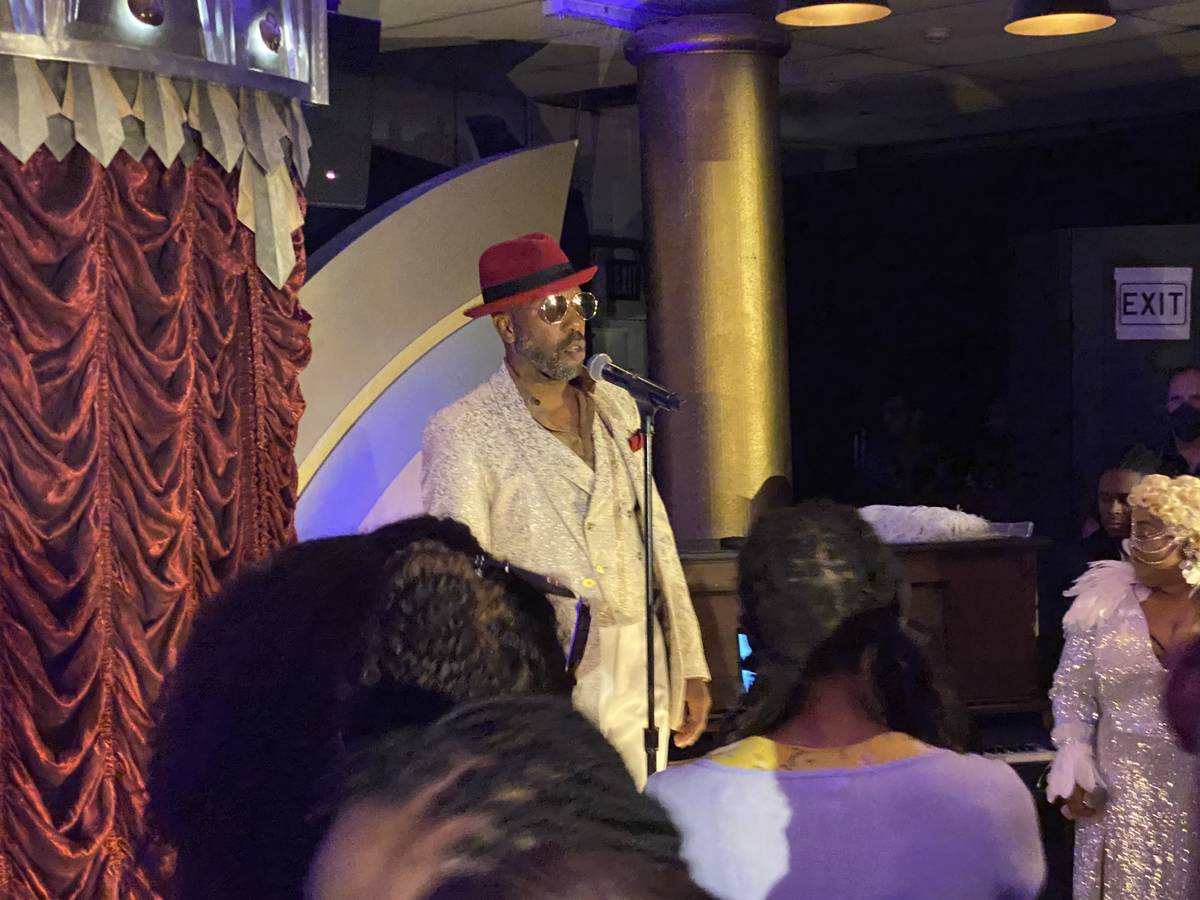 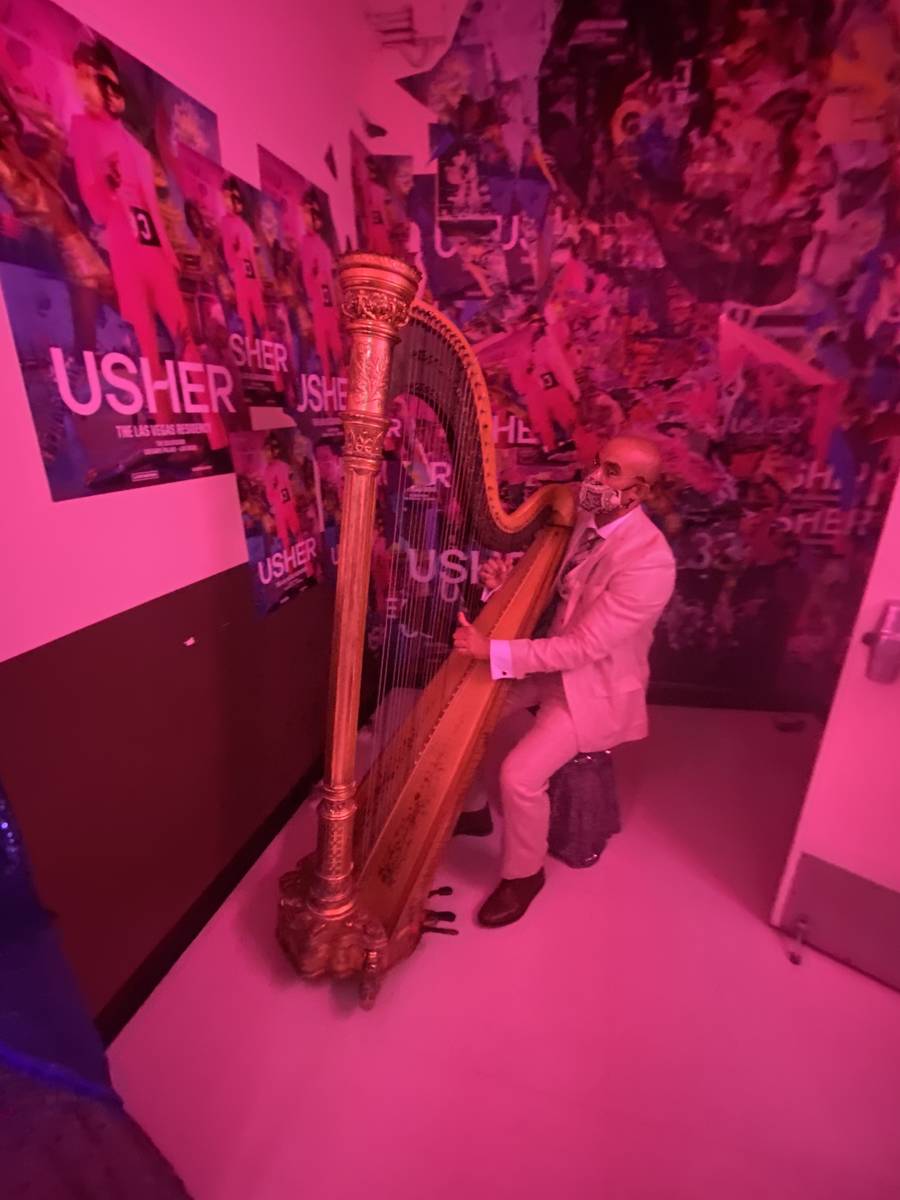 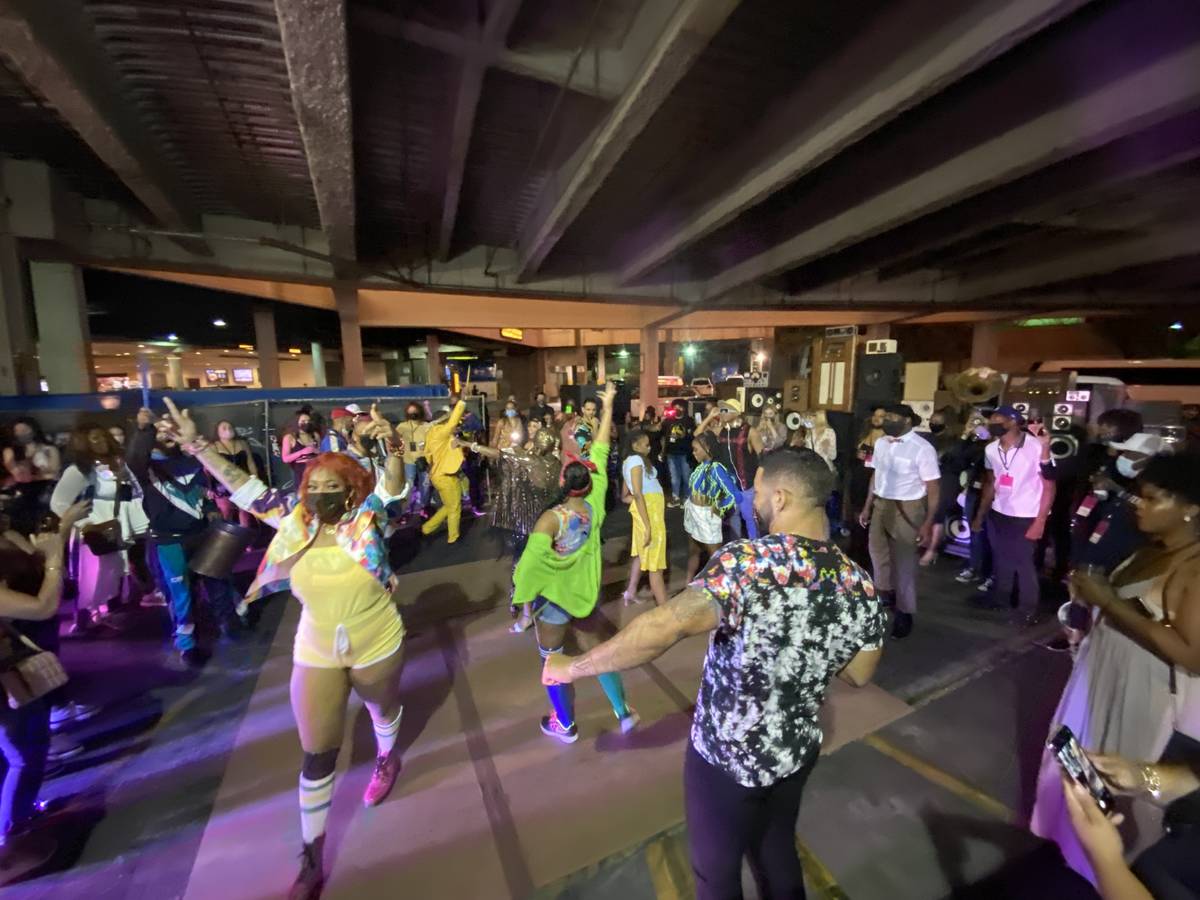 “Pawn Stars” seems to run the same schedule as the city in which it is set. The show has become a 24/7, Las Vegas phenomenon.

“Honestly, when I look back 13 years ago, when this all started, I though we’d be done by now,” Austin “Chumlee” Russell says of his years with the History show at Gold & Silver Pawn. “I thought, if anything, I would be off doing some dumb show of my own. But we’re still making ‘Pawn Stars,’ and I’m loving it. Every year is better than the year before.”

Chumlee has entertained his own spin-off projects, but nothing has made it to History. He’s not interested with competing with the success of “Pawn Stars.”

“I’ve been on the producing side, I thought I had a show that sold that didn’t work out. People like the show as it is,” Chumlee says. “I don’t know where a spin-off of me would fit in on History. I don’t think they want me to go anywhere (laughs). Plus, who wants to do all that work?”

Filming the show is certainly a more streamlined process than when it started.

“It’s gotten to be like a well-oiled machine. It’s gotten easier,” Chumlee says. “What used to take us four or five hours, we can do in an hour now. We know what is expected, and that makes it fun.

“Even when I’m away from ‘Pawn Stars’ for a month or two, I’m ready to come back to it.”

“Pawn Stars” is back for is new season at 9 p.m. Saturday. It will be the 19th season, though even History has about given up on counting each specific season, with the show airing multiple seasons simultaneously around the world.

More impressive, “Pawn Stars” is still going strong after its debut in July 2009, with original cast members Rick Harrison, Corey Harrison and Chumlee carrying the series. The show has survived the death of the popular cast member and family patriarch Richard “Old Man” Harrison. A couple years ago, “Pawn” expanded from 30-minute to hour-long episodes.

“Pawn Stars” is now is chugging toward its 600th show, expected to air in early 2022. Such celebs and superstars as Roger Daltry, Billy F. Gibbons, Steve Carell and George Stephanopoulos have made cameos over the years. Even Bob Dylan demurely signed a copy of “Self Portrait” for Chumlee early in the show’s run.

The cast gives credit to producer Tracy Whittaker, who started her tenure with the show in 2014, for revitalizing the production. “She is the brains of the operation,” Rick Harrison says.

Harrison also says there is still new terrain for the show to traverse. Filming for the next season (No. 20) begins near the end of this month.

“I’d like to get some Raiders on the show,” he says. “I’ve got to keep it fresh. I don’t have an idea about it right now, but I should call Mark Davis and ask him about it, before we start filming. He’s told me he loves the show.”

Davis is hardly alone. “Pawn Stars” airs all over the world.

“The biggest adjustment for me, in my life, is everybody in the world seems to know who I am,” Harrison said. “I’m in Kuala Lampur, and I”m mobbed. That’s no joke. That’s actually real. ‘Pawn Stars’ just keeps on going, keeps on going, and I still love doing it.”

Usher’s “Backstory Pass” pre-show at the Colosseum at Caesars Palace is planning to be back along with the resident superstar from Dec. 28-Jan. 1. Co-producer Andrew Katz (no relation) says the plan is to return the show, and just a few details are being worked out.

On the topic of immersive concepts, maybe we will see some similar pre-show experience tied to Katy Perry’s residency at The Theatre at Resorts World. I’d certainly support such.

Jett Trammel, aka Jett Monkey, made his debut at Steve McInelly’s “Las Vegas Smokin’ Comedy Showcase” at Rick’s Rollin’ Smoke Barbecue at Pawn Plaza on Wednesday night. Jett is the son of Vegas entertainment couple Joe and Jessica Trammel (whom we featured a year ago after their RV home went missing while parked in front of their Las Vegas residence).

Jett is but 7 years old and, we believe, the youngest comic headliner ever in a ticketed show. The club says it wants a return date. As Jessica Trammel noted, “And, he got paid!”

And like his father, the kid’s making a splash. That’s an inside joke for you longtime Las Vegans.

Brandon Godfrey and Sean Stewart of NPerson are back at International Bar at Westgate Las Vegas from 7 p.m.-10 p.m. Wednesday night. The married couple are also co-stars in the Soul of Motown show at Westgate Cabaret. They are great fun, and grooving is (literally) front and center.