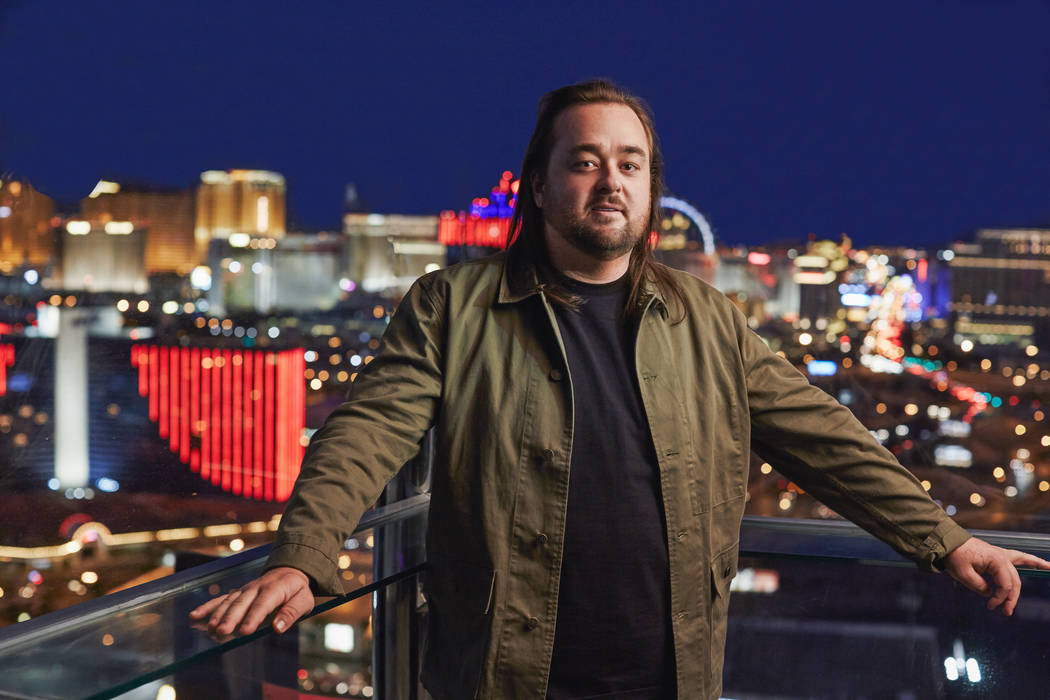 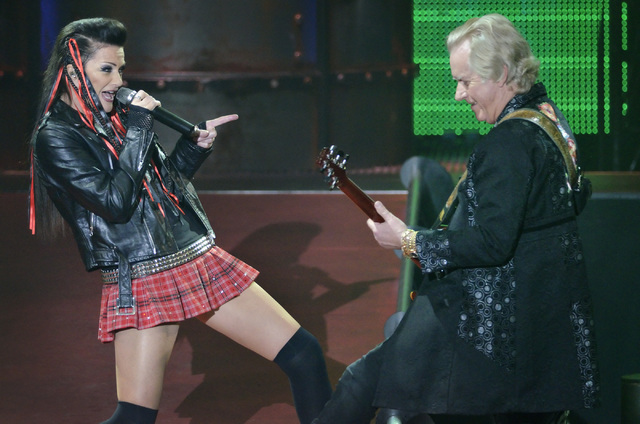 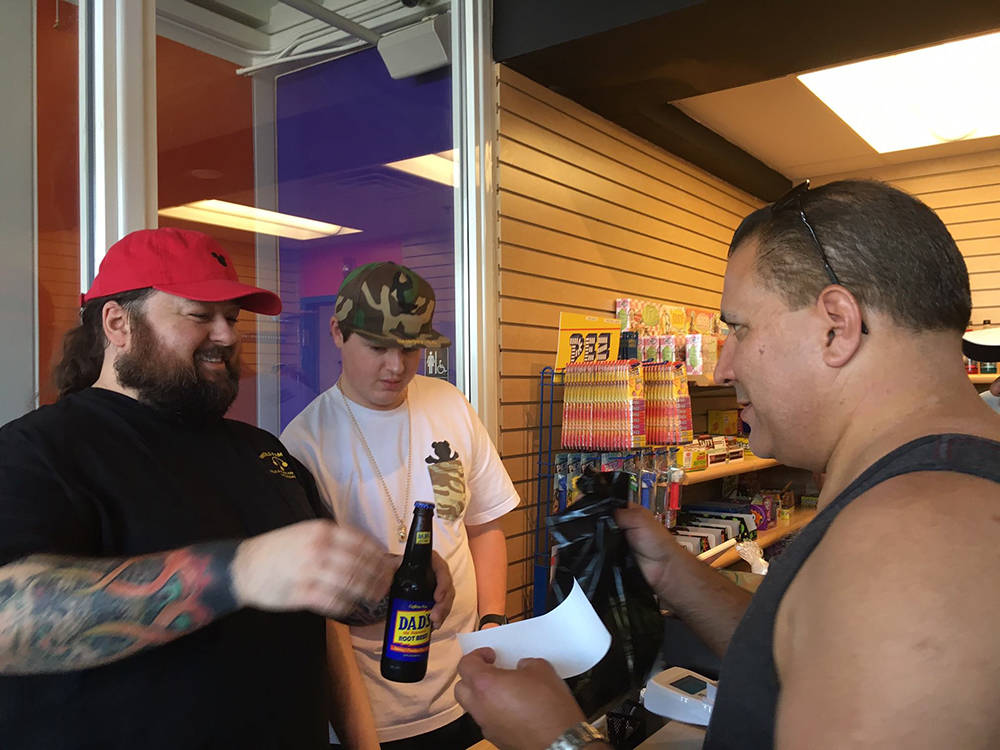 Austin Russell, "Chumlee" of "Pawn Stars" fame talks to a customer at his new Chumlee’s Candy on the Boulevard. (Courtesy) 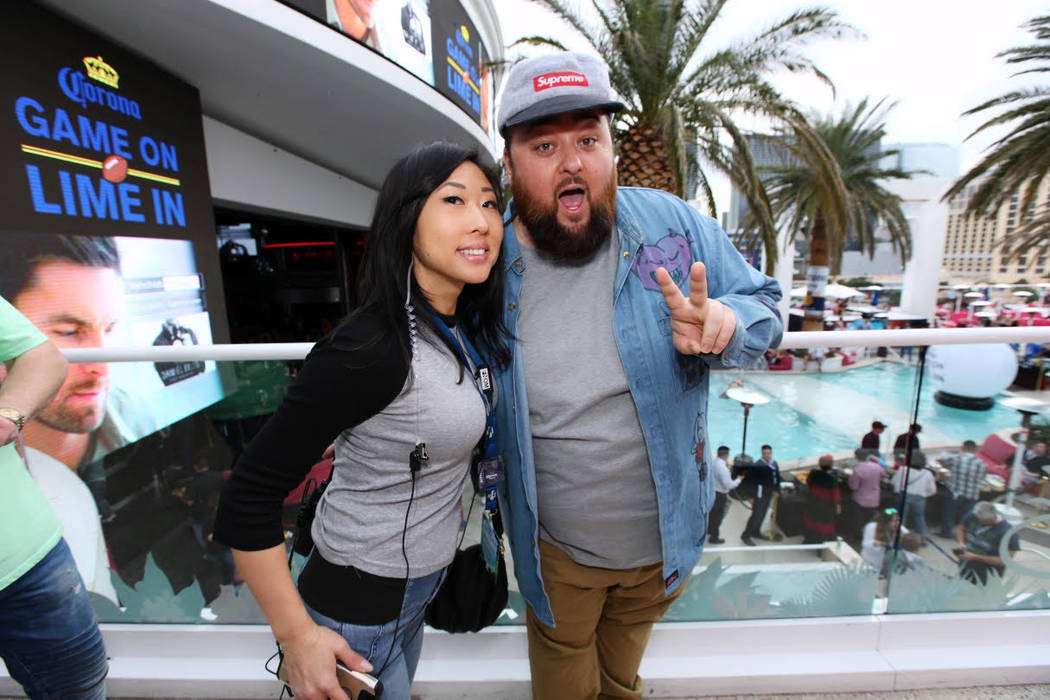 Jennifer Burbank and Chumlee at the Super Bowl Corona party at Drai's atop The Cromwell on Sunday, Feb. 5, 2017, in Las Vegas. (Courtesy) 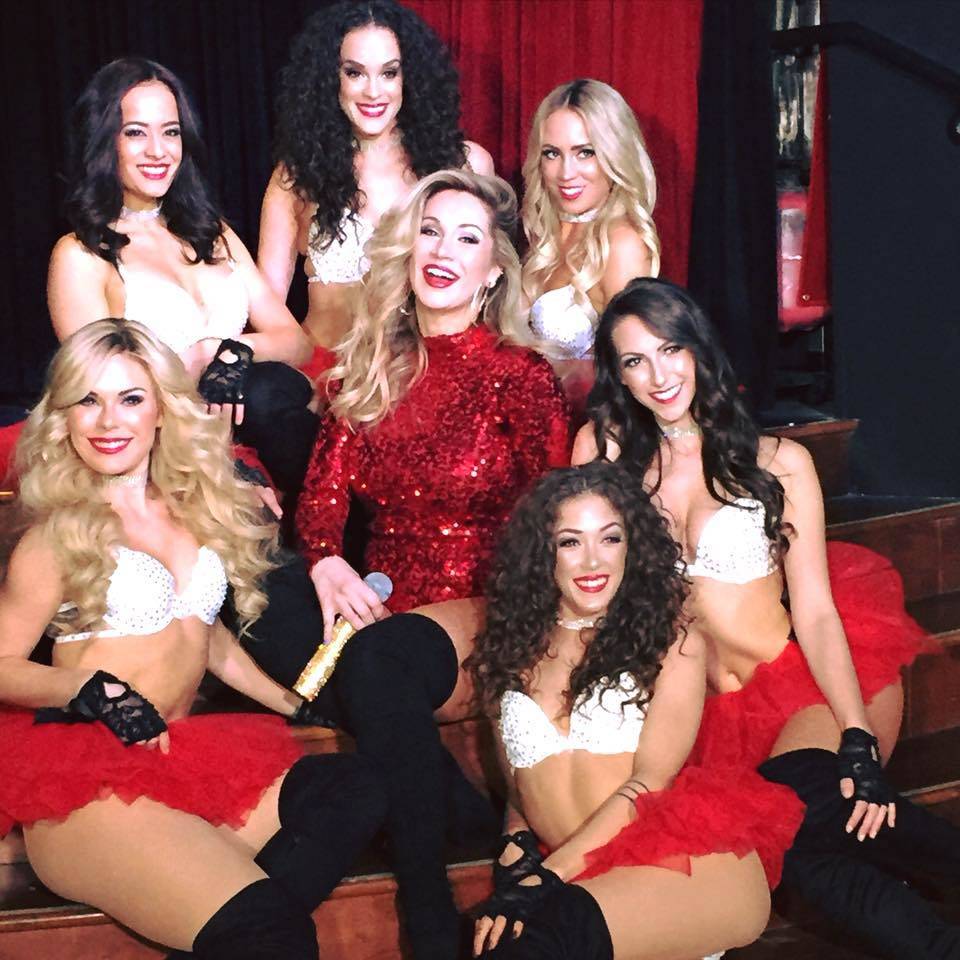 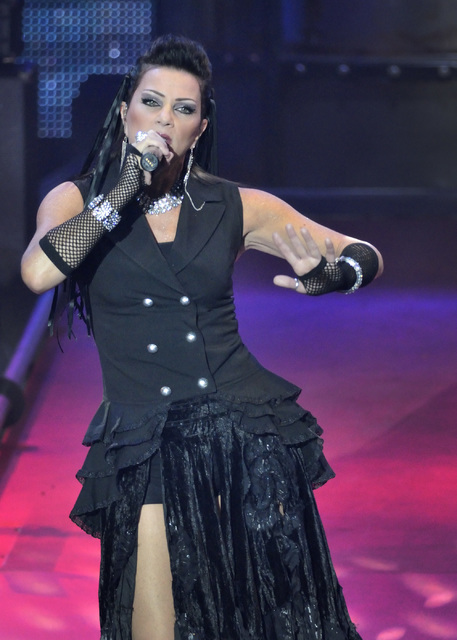 Carol-Lyn Liddle performs during "Raiding the Rock Vault" in the showroom at the Tropicana hotel-casino at 3801 Las Vegas Blvd., South, in Las Vegas on Saturday, Nov. 8, 2014. (Bill Hughes/Las Vegas Review-Journal) 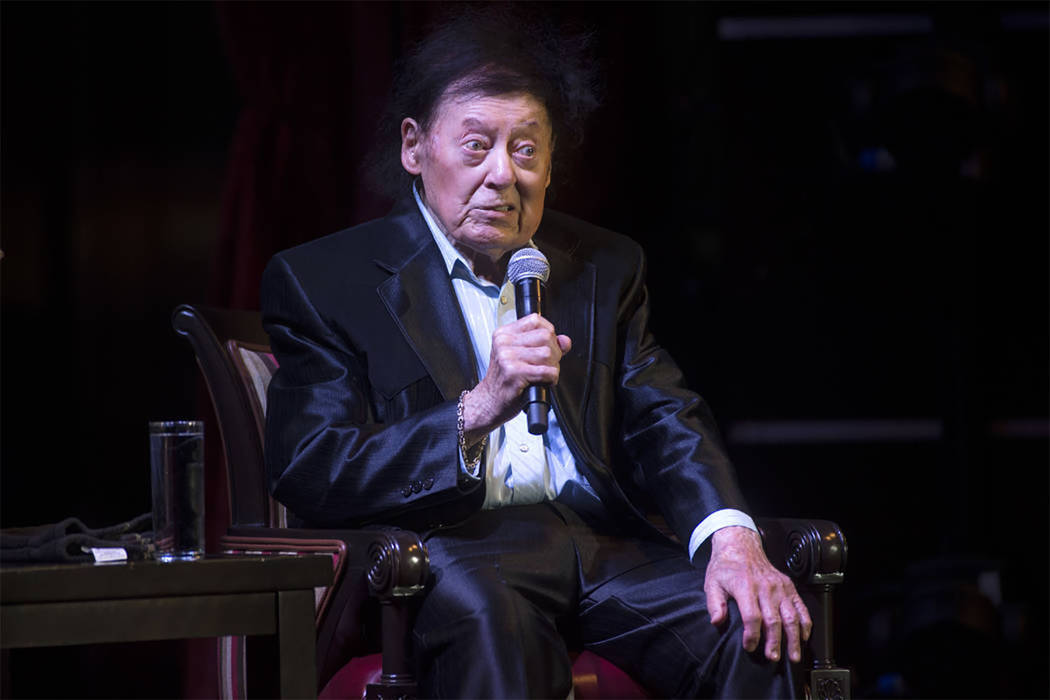 Special to the Pahrump Valley Times Marty Allen, who first gained fame and national attention with partner Steve Rossi, died on Monday Feb. 12, in Las Vegas at the age of 95. Allen and Rossi appeared on hundreds of television shows, including the Ed Sullivan Show where the Beatles first appeared on American television screens back in February of 1964. 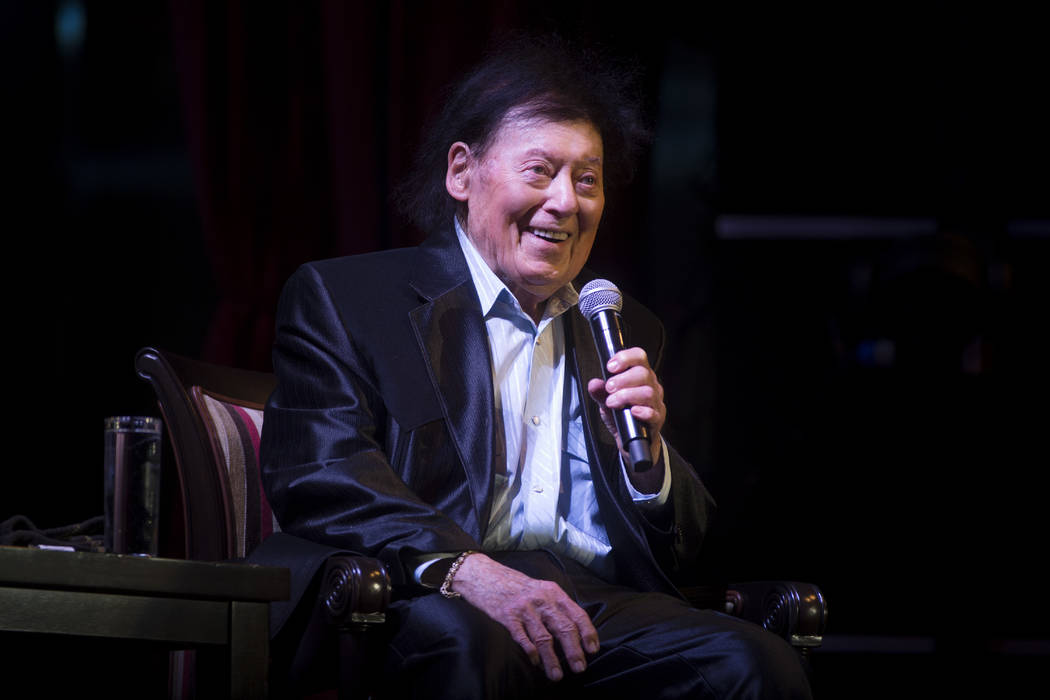 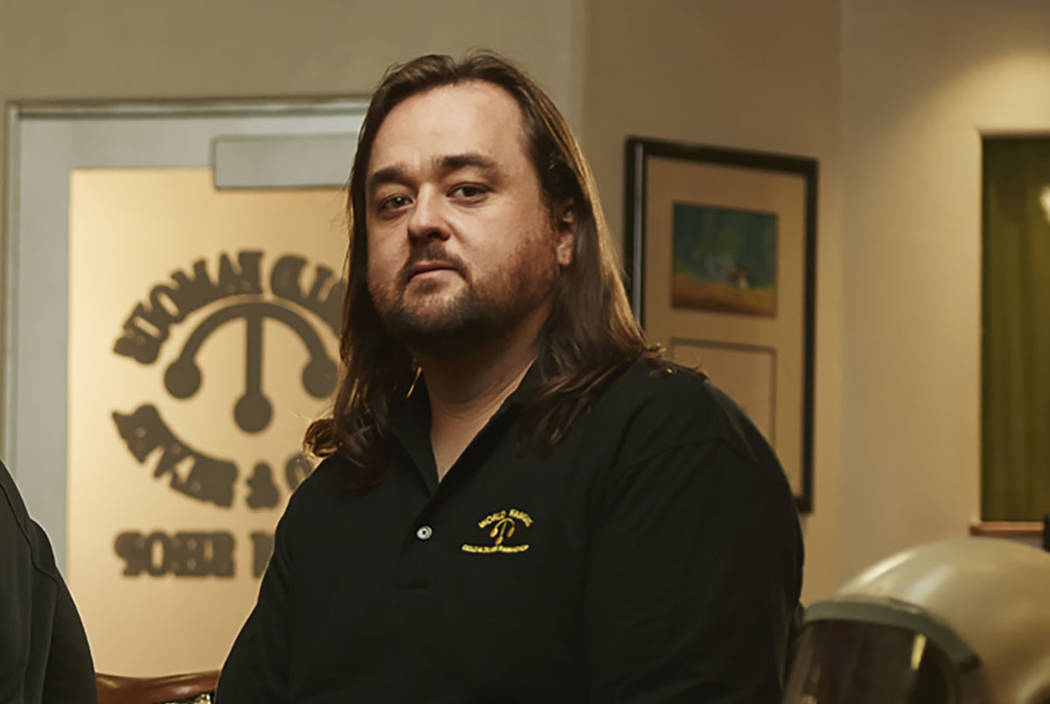 I had a chance meeting at a Golden Knights game this week, and it wasn’t with the team’s Gila monster mascot.

No, I ran into Austin “Chumlee” Russell on the elevator at T-Mobile Arena on Wednesday night, during the third period of the Golden Knights’ game against the Calgary Flames (which they eventually won 7-3). The doors opened, and there was Chum, wearing his VGK jersey, matching hat and mischievous grin.

What makes Chumlee so fascinating is that you never know how to respond to even the most routine question. Example from Wednesday:

About this, Chumlee is not joking. The co-star of History’s “Pawn Stars” series has what we call a NASDAQ weight program. It’s up and down. He weighed upwards of 320 pounds as recently as five years ago, then dropped to 225 in 2014, but has seen the scale creep back up ever since.

The 35-year-old cable sensation decided to have the stomach size-reducing surgery Feb. 15 and on Wednesday said he’d lost about 10 pounds. His target is 170.

In early 2014, Chumlee’s friend and fellow “Pawn Star” Corey Harrison underwent lap-band surgery and dropped nearly 200 pounds, going from a little more than 400 pounds to about 210. Harrison has kept the weight off ever since.

In his own weight-loss campaign, Chumlee says he plans to hang a poster of Portuguese soccer star Cristiano Ronaldo, for post-surgery fitness motivation.

“I want abs like that!” Chumlee says. “And I want a Brazilian butt-lift.”

Say this for Chumlee, he always knows how to make light.

A celebration of a life with a lot to celebrate is set for 2 p.m. March 23 at Rampart Casino’s ballroom. The late Marty Allen will be feted on what would have been his 96th birthday.

One of Allen’s last, great Las Vegas shows was in that room on his 94th birthday in 2016.

Allen’s widow, Karon Kate Blackwell, and organizers are herding Allen’s friends in the entertainment community for the event. Those interested in participating or attending should contact Barbara Kenig at barbarakenig@gmail.

Allen died on Feb. 12 of complications related to pneumonia. His funeral service was held Feb. 16 in Groman Eden Mortuary in Los Angeles.

The hotel that offers a new Steak n’ Shake is now putting on some shake-and-shake.

“Electric Candy,” opens this weekend at Night Owl Showroom at Hooters. The immersive 10:30 p.m. Friday-Saturday show is intended to be a sort of updated version of Pussycat Dolls, when that crew lit up Pure at Caesars Palace about a decade ago.

The cast is deceptively talented and led by GAR Entertainment founder and former “Steve Wynn’s Showstoppers” performer Genise Ruidiaz. She and her sister, Ivenise Ruidiaz, co-starred in the late night production “Reverie” at Indigo Lounge at Bally’s last year. Ivenise is also a member of Matt Goss’s “Dirty Virgins” dance ensemble at 1Oak at The Mirage.

The show also rotates a pair of top-level singers. Jaime Lynch heads up Friday’s performances and Maren Wade, also of “The Cocktail Cabaret” at Caesars, swings over to Hooters on Saturdays.

Carolyn-Lyn Liddle is the type of singer other singers hear and say, “I wish I had her range.” That was a common remark after Liddle cut loose with Heart’s “Alone” in her days in “Raiding The Rock Vault” at LVH.

An absolute rocker, Liddle now fronts “Herstory of Rock” at 9 p.m. on the final Saturday of each month at Chrome Showroom at Santa Fe Station.

The 21-and-over, no-cover show was developed by Liddle and her hubby, Patrick Puffer, who also stars on lead guitar. Janis Joplin, Grace Slick, Lita Ford, Pat Benatar, Ann and Nancy Wilson of Heart (of course) and Joan Jett are among Liddle’s favorite singers. The show also incorporates a dance team, a lineup of videos of those being paid tribute, and 20 costume changes — which I believe is a record for shows at Chrome.

A popular Las Vegas entertainment figure is talking seriously and specifically about taking over operations at Vanity at Hard Rock Hotel. So, keep an eye out. This could get interesting.