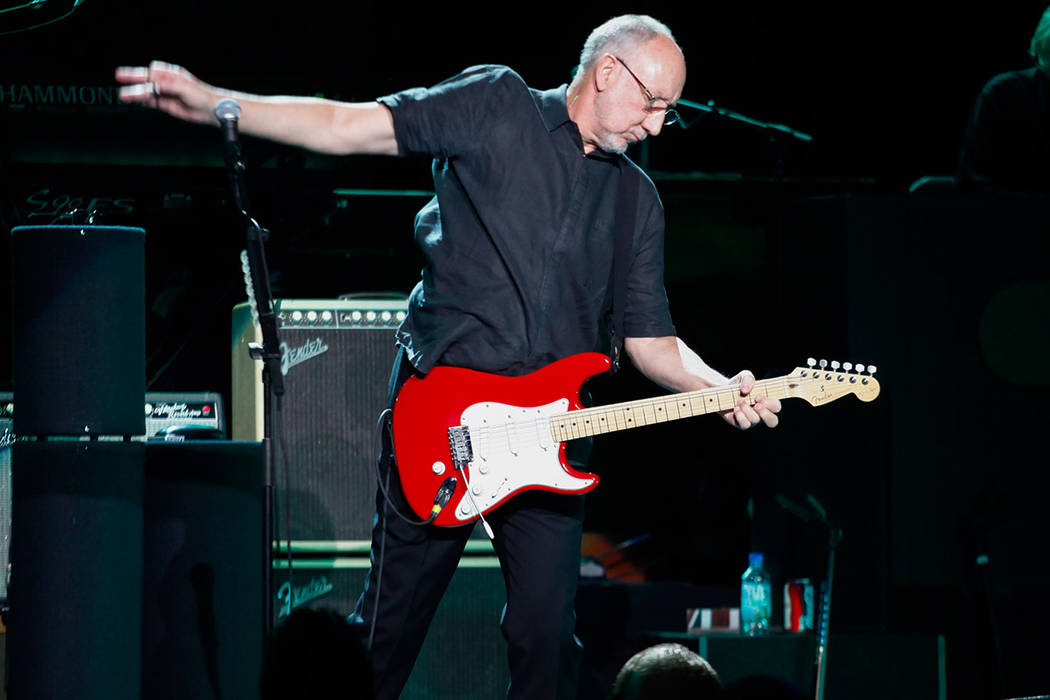 Guitarist Pete Townshend of The Who performs at The Joint at the Hard Rock Hotel in Las Vegas on Friday, Feb 8, 2013. (Chase Stevens/Las Vegas Review-Journal) 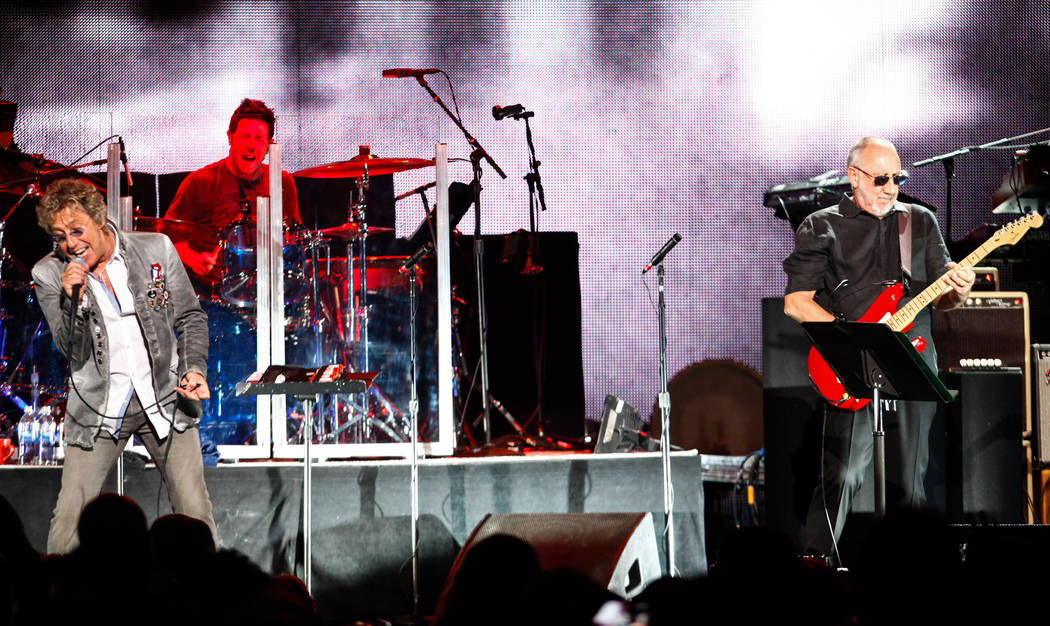 Roger Daltrey, left, and Pete Townshend of The Who perform at The Joint at the Hard Rock Hotel in Las Vegas on Friday, Feb 8, 2013. (Chase Stevens/Las Vegas Review-Journal) Chase Stevens 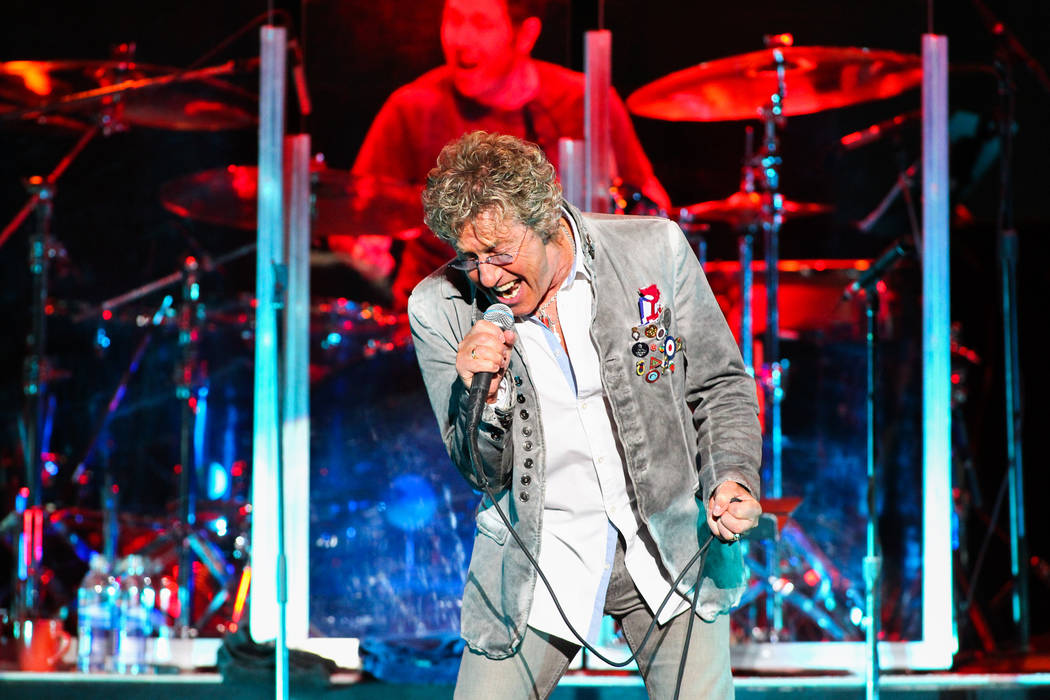 Vocalist Roger Daltrey of The Who performs at The Joint at the Hard Rock Hotel in Las Vegas on Friday, Feb 8, 2013. (Chase Stevens/Las Vegas Review-Journal) Chase Stevens 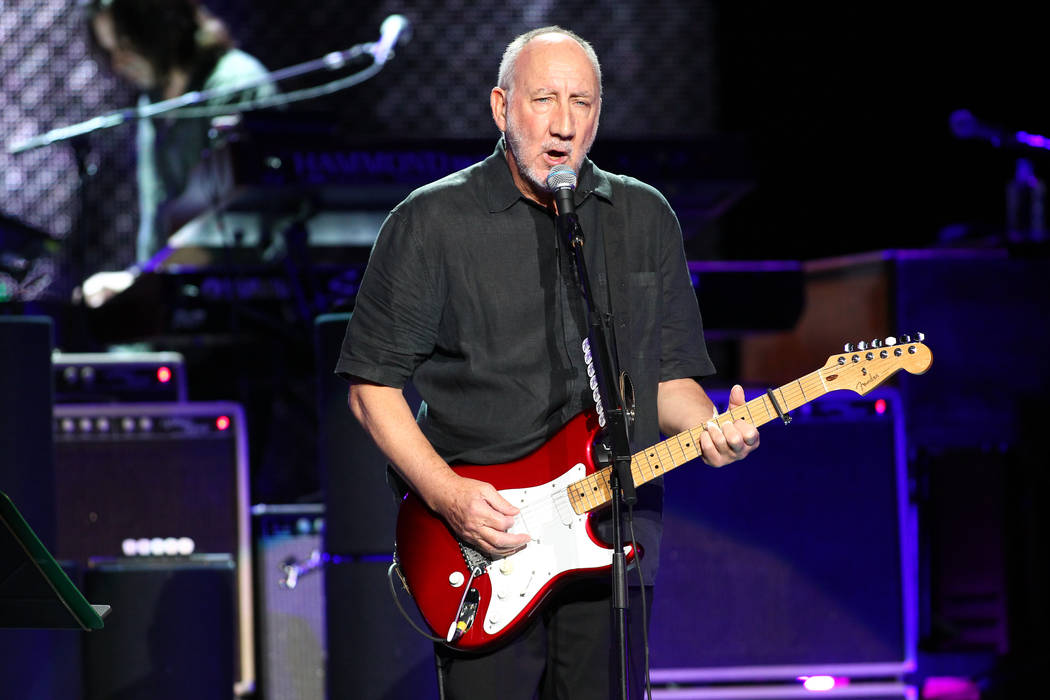 The Who’s return to Las Vegas might have been tipped off by Pete Townshend on social media, of all places.

A post from Townshend’s official Instagram account, @yaggerdang, indicates the band will indeed return to our city. A user under the @christopherstrong5 name posted the open question, “Hi Pete, is Who coming through California again? (In) 2020?”

The response on Townshend’s account: “N0. But Vegas in April.”

There are openings for a quick residency for The Who, or a one-off show, next April.

The band closes the U.K. leg of its upcoming tour in London on April 8, then is booked at American Airlines Center in Dallas on April 21. The Who played a six-show residency at the Colosseum at Caesars Palace in July and August of 2017. That venue has open dates listed from April 4-24.

The Golden Knights’ home schedule at T-Mobile Arena closes March 25 against the Arizona Coyotes. Park Theater also is open for most dates next April.

Of course, the post falls short of confirmation of any ticketed appearances in Las Vegas, and this could be reference to a corporate show.

But if and when it is verified, we’ll be there, for a reunion with these legends — and especially Zak Starkey and his girlfriend, Sshh Liguz.