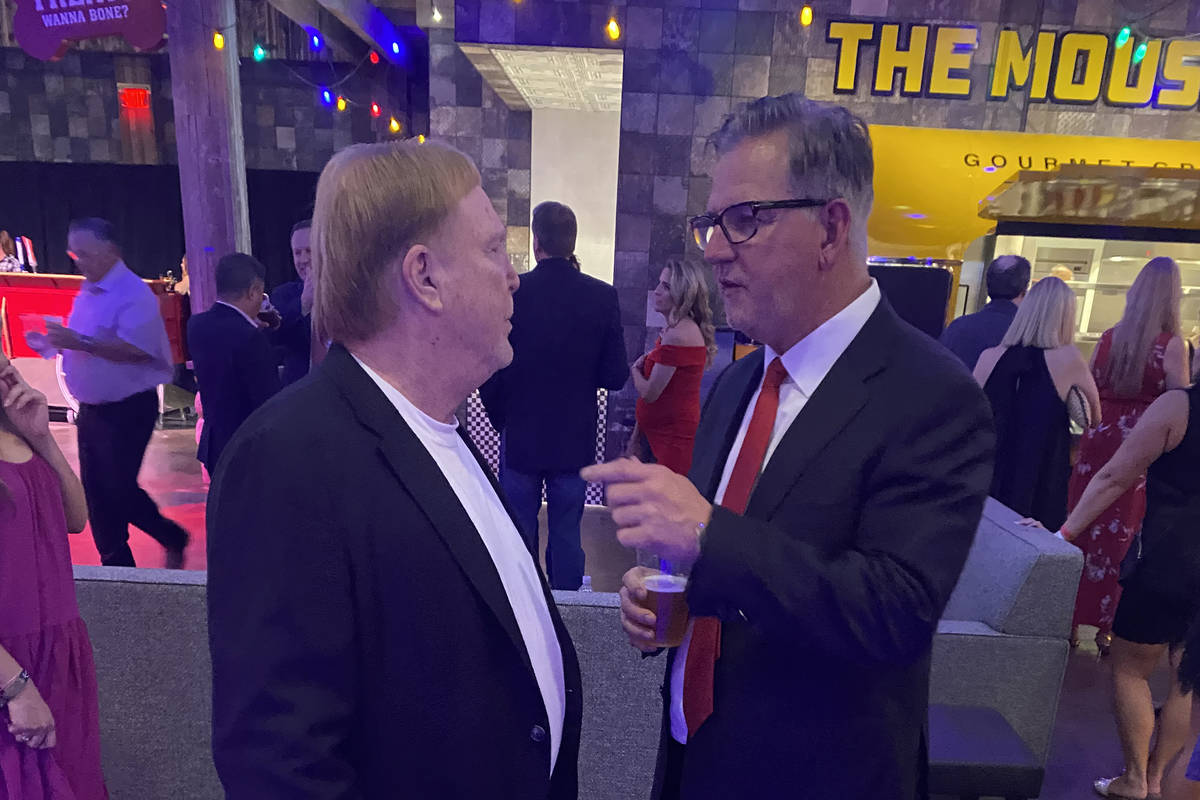 Sibella is backing the Silver and Black, even in his red-bathed hotel, after Las Vegas Raiders owner Mark Davis rolled through the resort Thursday night.

“If you had told me this would happen when I got into this business, I would never have believed it,” Sibella said to Davis as he answered questions about the team’s move to Vegas. “But I back Mark Davis. I love what he did in getting his stadium finished”

Sibella and Davis also conferred in October at the Circa opening.

“Look at this,” Sibella said. “We have the stadium, a Circa and now Resorts flourishing, all as we’re coming out of a pandemic. In Las Vegas, we never stop building.”

As Sibella noted his days as a Charger fan, Davis cut in with, “You can be with the Silver and Black, but once you are, you can never go back.” Sibella laughed and said, “I’m with you.”

“The sound system is going to be great,” Sceno Plus Vice President of Design and Construction Benoit Panaccio said. “It will be what sets this theater apart.”

Panaccio should know. His Montreal-based company headed up the original design of the Colosseum at Caesars Palace and the venue’s refresh in 2019. Sceno also created the Mystere theater at Treasure Island and the O theater at Bellagio, the first two Cirque du Soleil theaters on the Strip.

“All of these artists deserve the best sound,” Panaccio said. “This is the best we have created.”