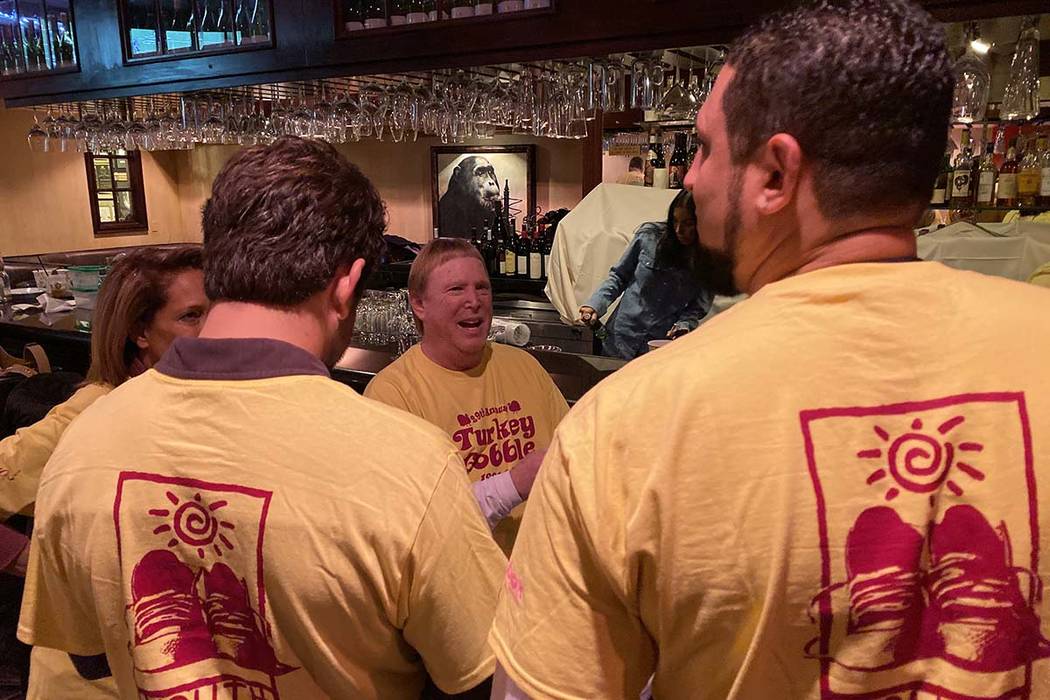 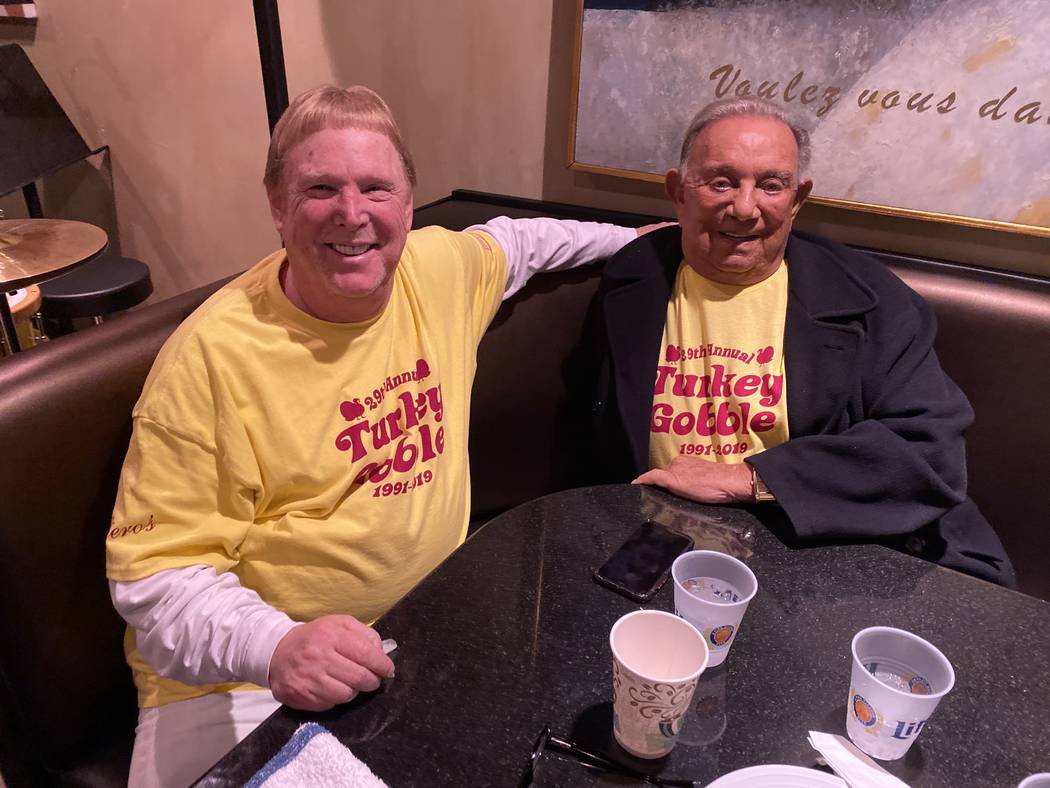 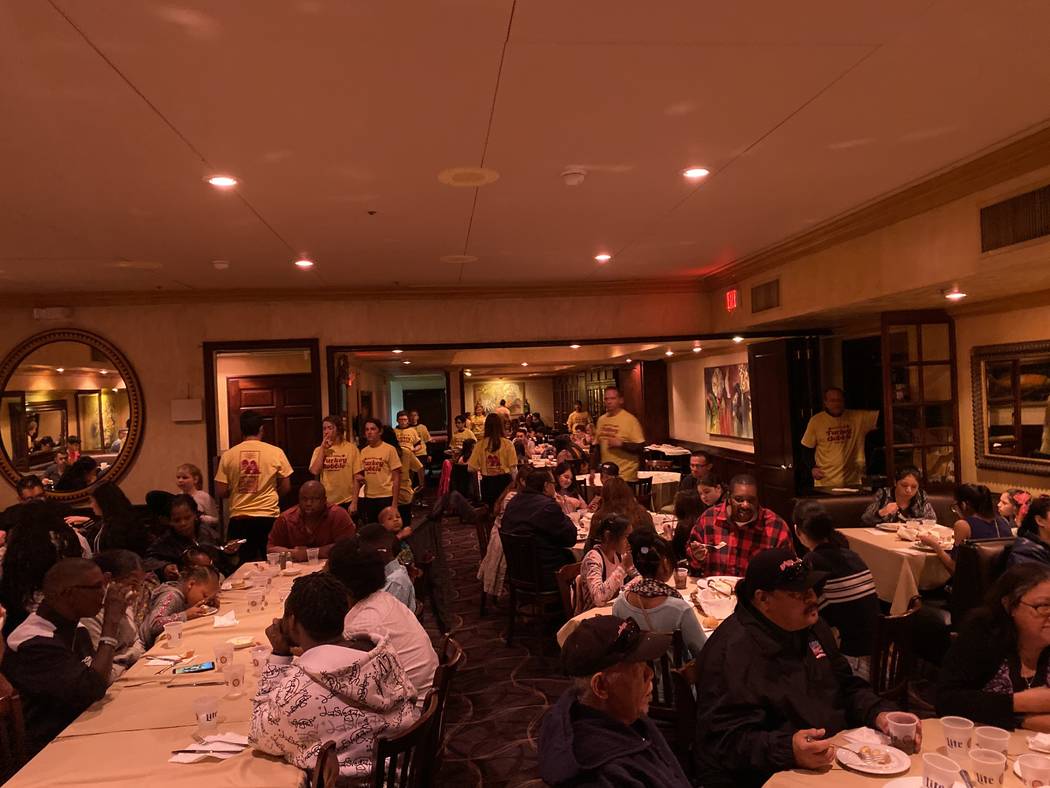 Piero's Italian Restaurant was the site for the Youth Charities of Southern Nevada Thanksgiving feast, where 1,200 dinners were served to families from 25 Las Vegas-area organizations and agencies, Thursday, Nov. 28, 2019. (John Katsilometes/Las Vegas Review-Journal)

It was easy to find Raiders owner Mark Davis on Thanksgiving, if you knew where to look.

He was in Las Vegas. At Piero’s Italian Restaurant. In the kitchen. Manning the butter.

“We are running out,” Davis said on Thursday afternoon. “We have one butter dish left. I need to get on that.”

Davis was a member of the volunteer crew serving more than 1,200 Thanksgiving dinners as part of a charity feast benefiting Youth Charities of Southern Nevada. Families from 25 Las Vegas-area organizations and agencies, among them Positively Kids and The Boys and Girls Clubs of Southern Nevada, dined at the famous Vegas restaurant. The kids (and also grown-ups) also devoured dozens and dozens of donuts from Pinkbox Doughnuts of Las Vegas.

“Las Vegas is getting more than a football team,” Davis said. “We are reaching out to the community and are giving back.” He mentioned Marcel Reece’s Thaksgiving food-basket event on Monday in North Las Vegas for the Boys Girls Club of Southern Nevada.

Stupak used to hang at the bar during performances of “Hallelujah Las Vegas” at Bob Stupak’s Vegas World, on the site of where the Stratosphere stands today. Sanchez, just 17 and in her first show, was in the cast of that production. A “Jubilee” knock-off, the show cost 99 cents — the penny given back to patrons so they could start playing penny slots.

Stupak, the famed resort entrepreneur, was known to sit at the bar and kick off his shoes, showing off holes in his socks.

Taking this all in, Davis laughed and said, “Hey, he sounds like my kind of guy. That’s a Raiders fan.”