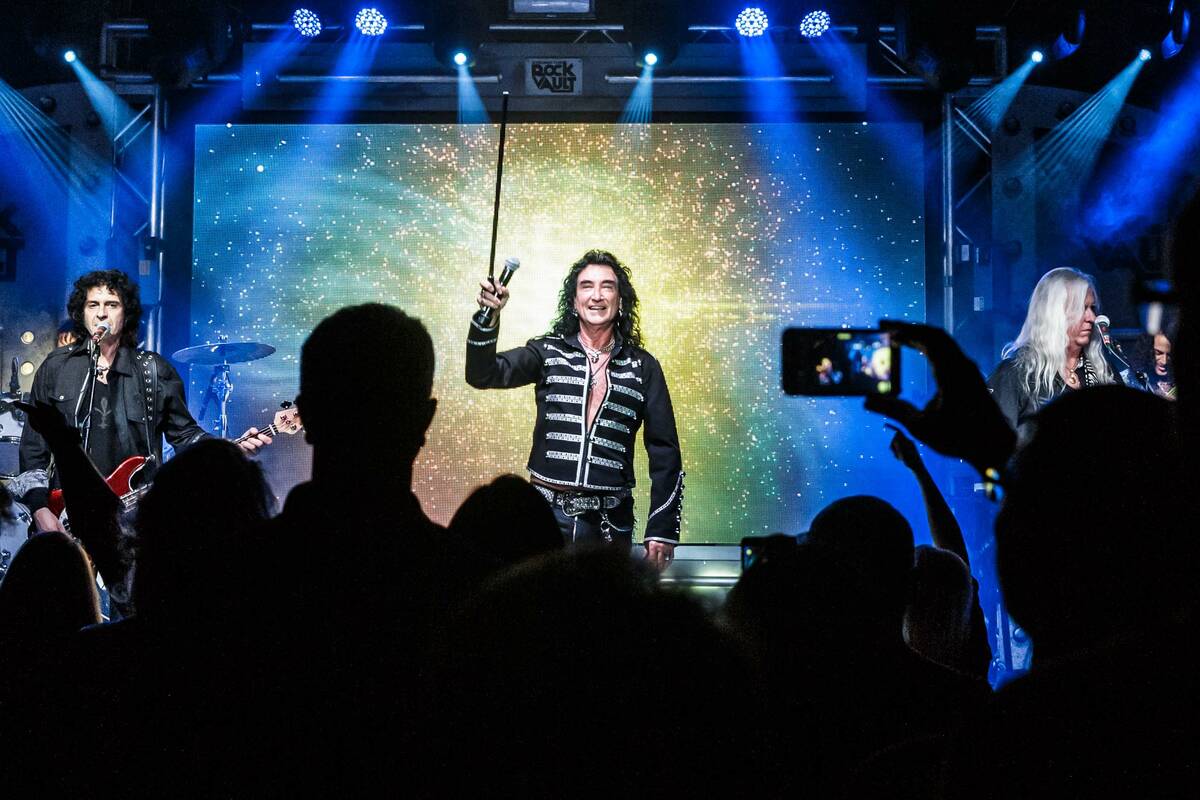 Raiding the Rock Vault reopens at The Duomo at the Rio on June 17, 2022. Shown at center is vocalist Robin McAuley. (Raiding The Rock Vault) 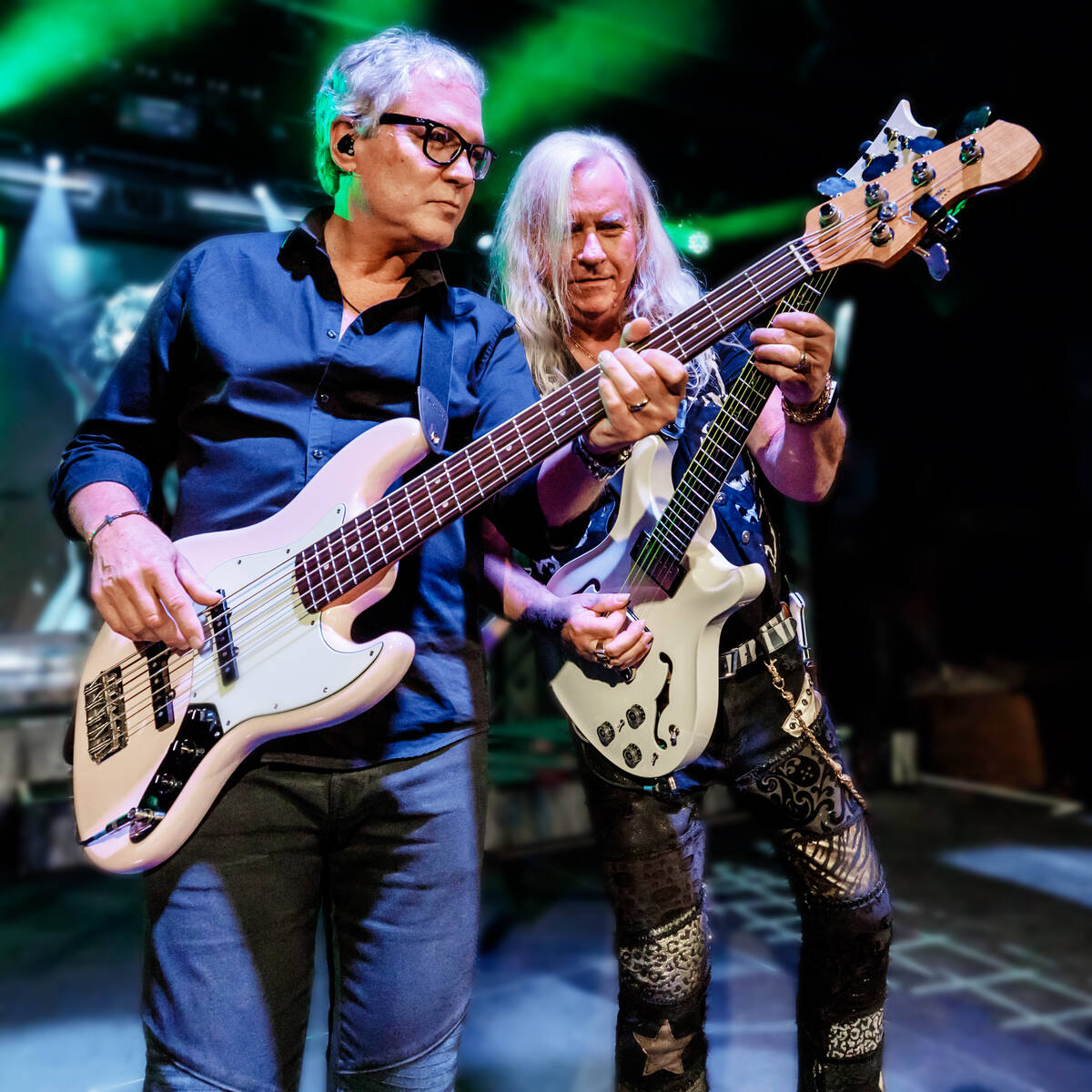 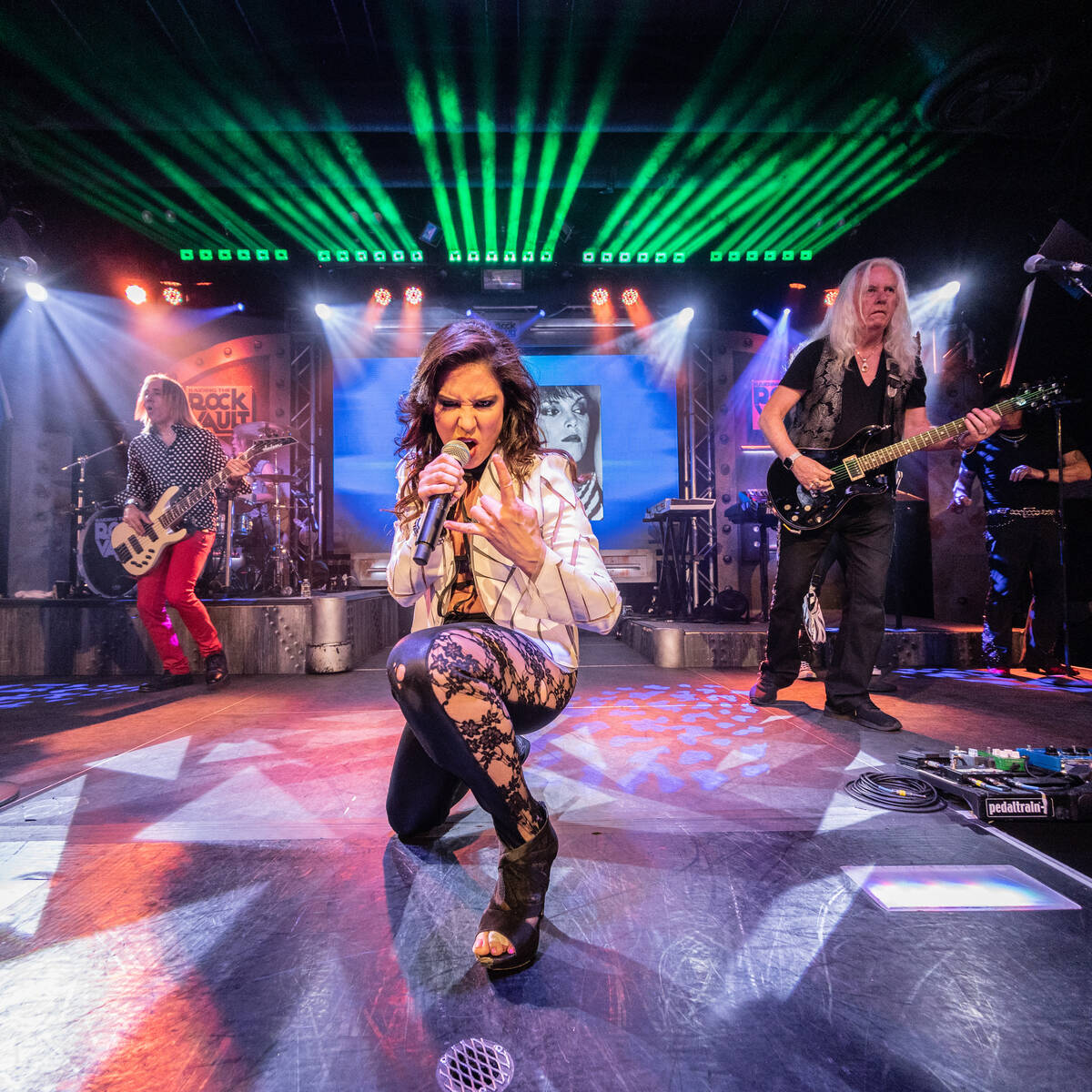 Cian Coey is among the vocalists returning to Raiding the Rock Vault at The Duomo on June 17, 2022. (Raiding The Rock Vault) 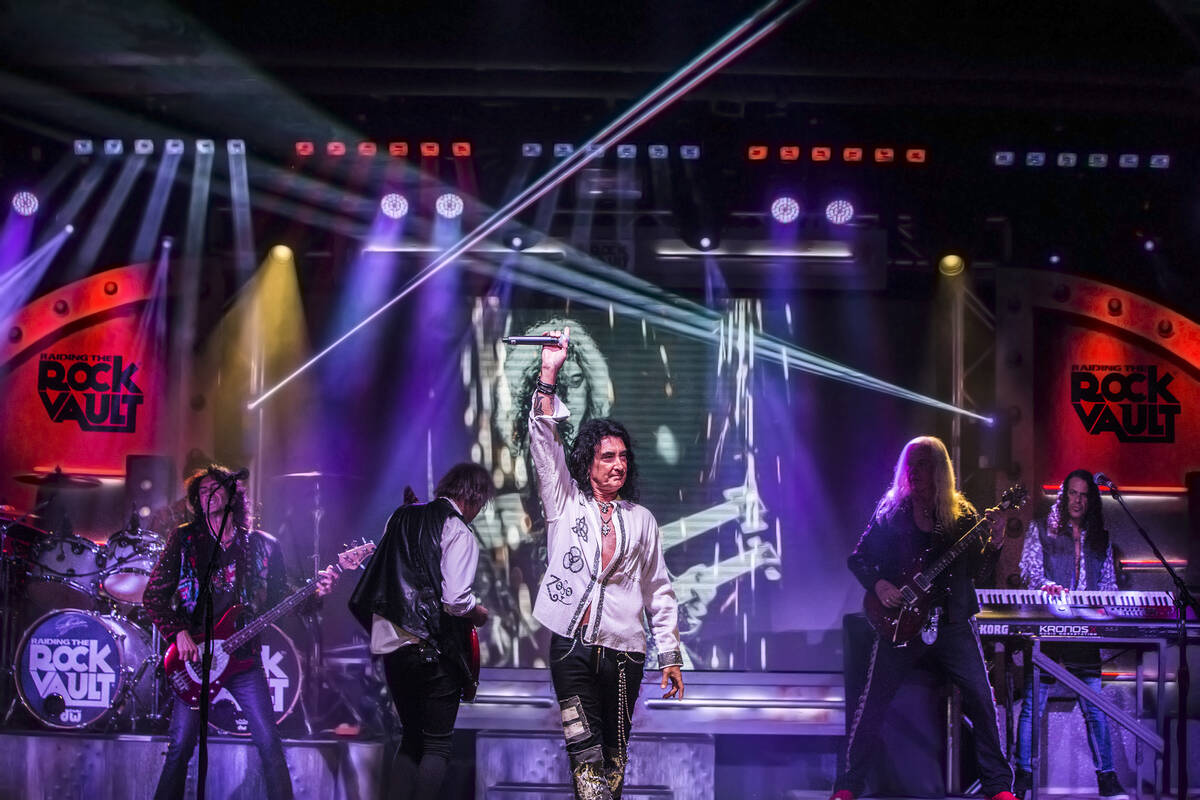 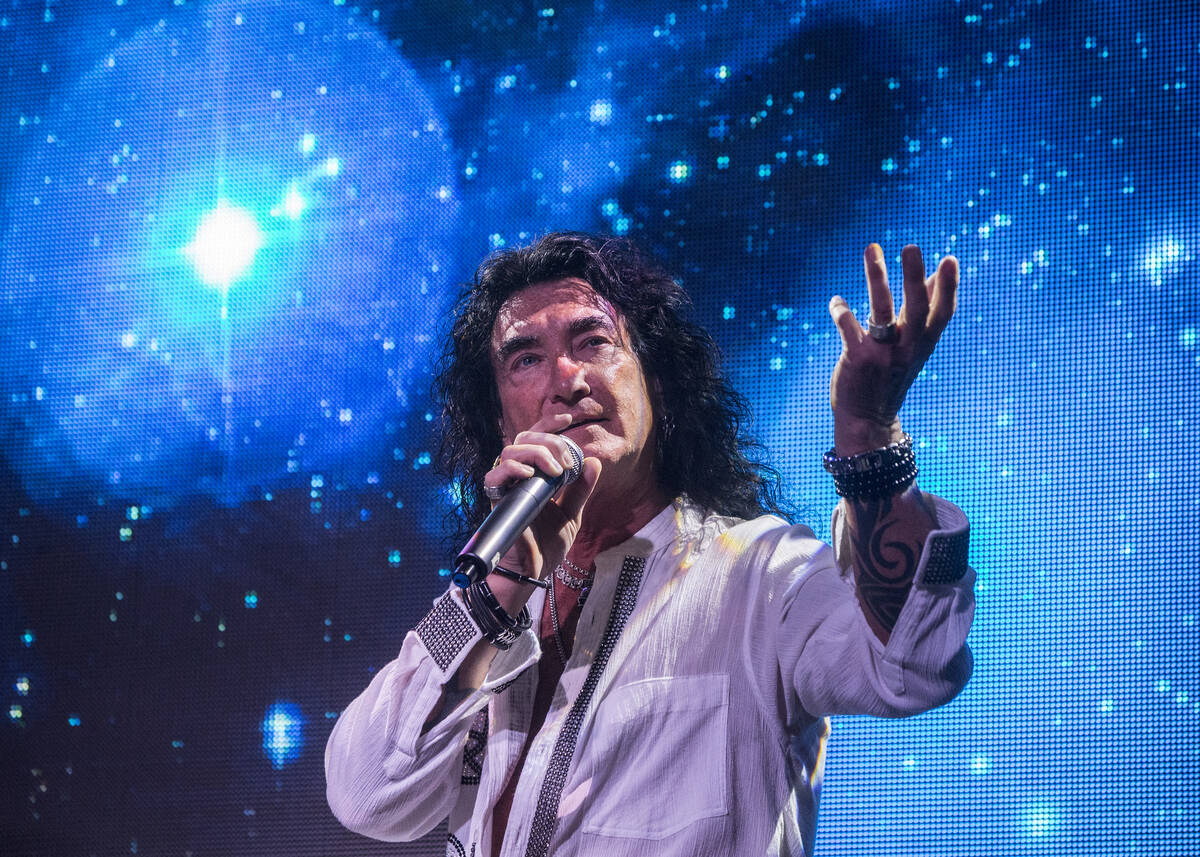 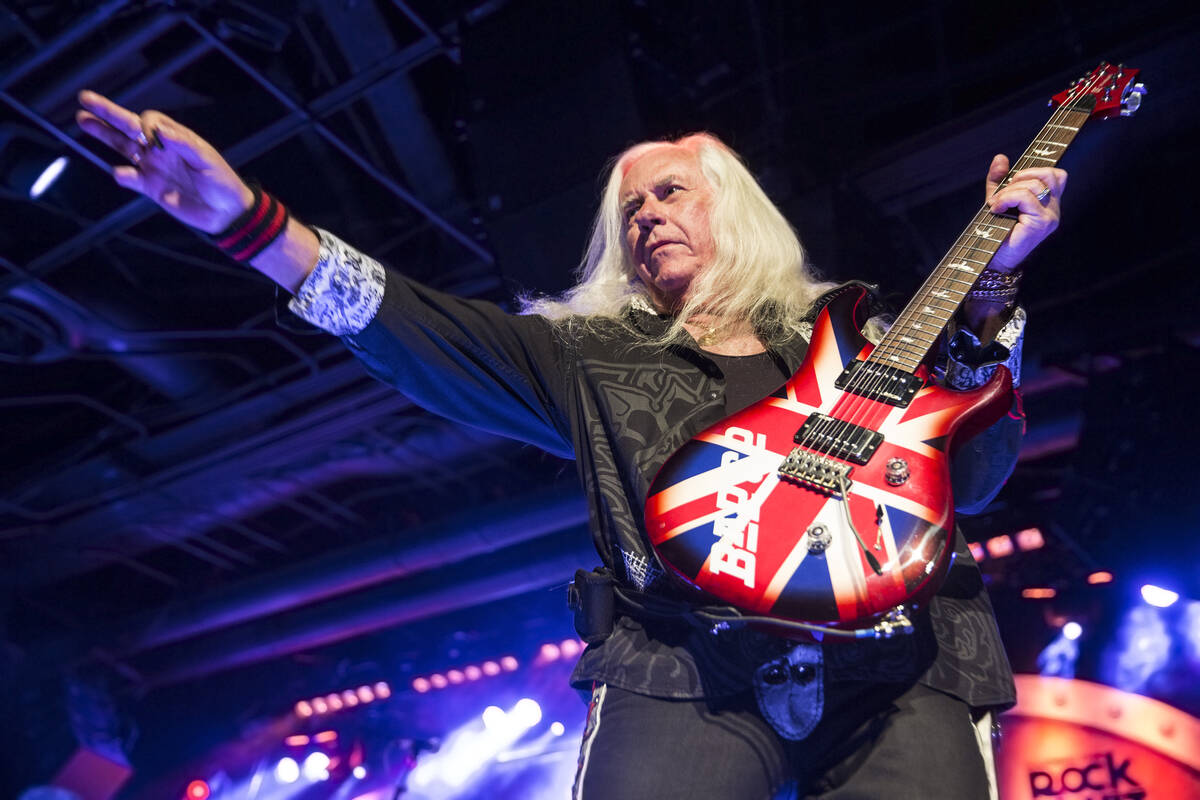 Raiding the Rock Vault is ready to rock in the Rio. Its return date is June 17. The rock musical is the first residency show in The Duomo entertainment venue and restaurant opening just off the casino floor.

Owned by Vegas attorney (and also rock musician) Tony Sgro and operated by Damian Costa and his Pompey Entertainment company, Duomo is a rock-designed, 300-seat live music venue with a 1980s-style arcade. There is a connected fast-casual Italian restaurant Cupola Café.

The menu was conceived by longtime Las Vegas chef Mimmo Ferraro, whose family founded Ferraro’s Italian Restaurant Wine & Bar. A center bar also is added to the mix, open separately from the ticketed shows in the venue. Costa plans to fill a full night of ticketed entertainment at The Doumo, with Rock Vault the anchor.

The rock show will perform 8 p.m. Fridays through Mondays in the 300-seat club. Tickets range from $74-$129 (plus fees). Tickets are on sale Friday at Ticketmaster (raidingtherockvault.com/tickets). Dark since March 2020, Rock Vault will finally end a 28-month hiatus.

The show’s rotating lineup of rock stars and their affiliated bands/shows and halls of fame include:

Entering its 10th year as a Vegas residency, the show’s popularity and sustainability are inarguable. RTRV ran from March 2013 to December 2014 at Hilton/LVH/Westgate, then moved to Tropicana Theater, then to Vinyl at Hard Rock Hotel (24 Oxford at Virgin Hotels Las Vegas today) in 2015, before relocating to the Rio in January 2020.

Rock Vault was long expected to be back at the Rio. The hotel never bothered to take down its promotional signage inside the hotel, even through the pandemic shutdown of entertainment. Those signs referenced its old second-level venue at Masquerade Tower, Club 172, which now is closed.

“We appreciate the many e-mails and requests for news received during the lockdown and look forward to welcoming all our guests and friends back to rock in The Duomo, an exciting new and expanded venue at the Rio,” Rock Vault producer Sir Harry Cowell said in a statement.

Closed since March 2020, Rock Vault is at once a band and a tribute show, having won that class in the Best of Las Vegas readers poll every year since 2014, the year after it opened at then-Las Vegas Hilton (now Westgate). Rock Vault actually won the 2021 Best Of readers’ award after being dark an entire year in Las Vegas.