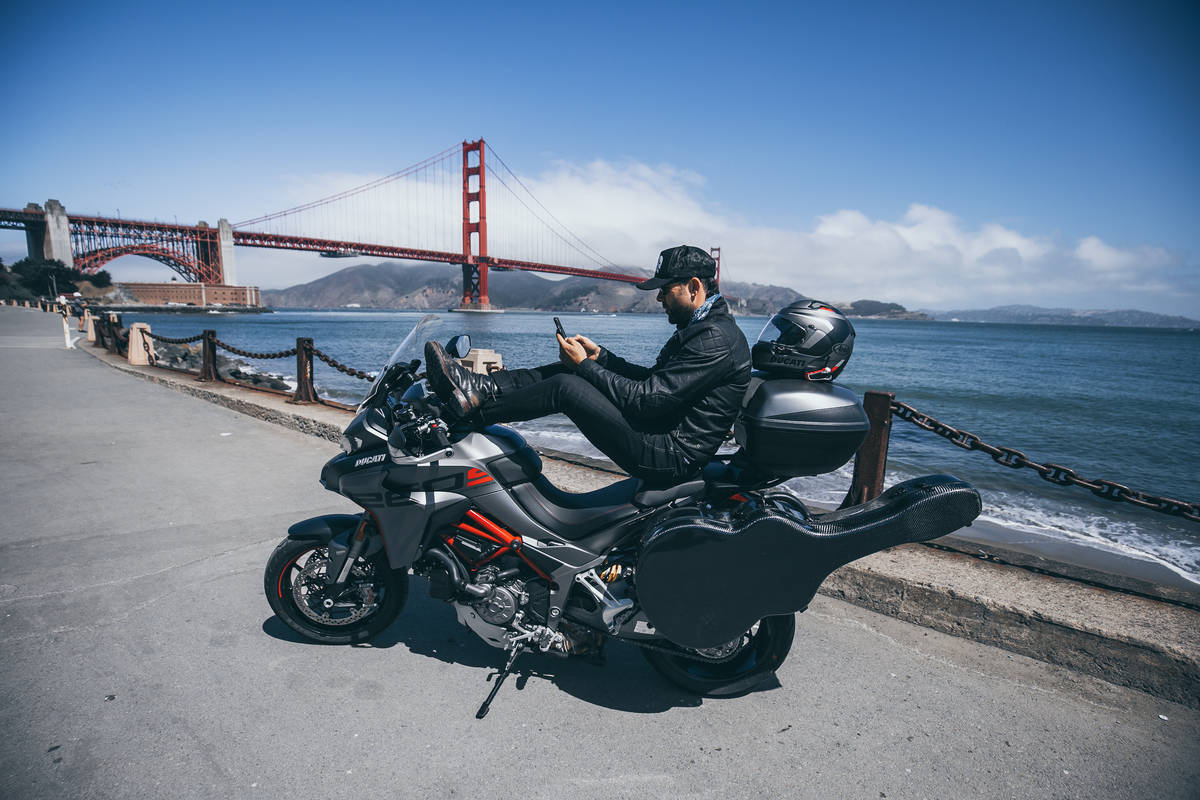 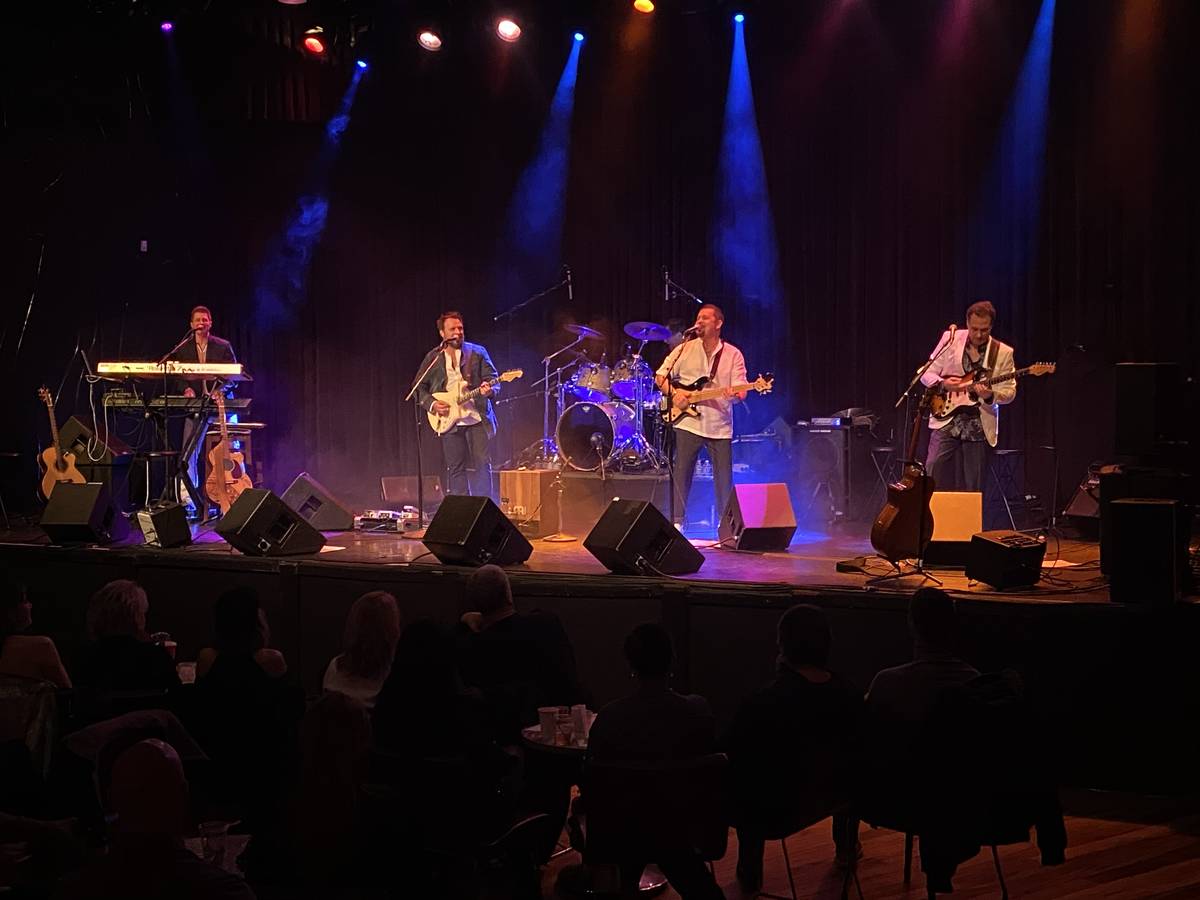 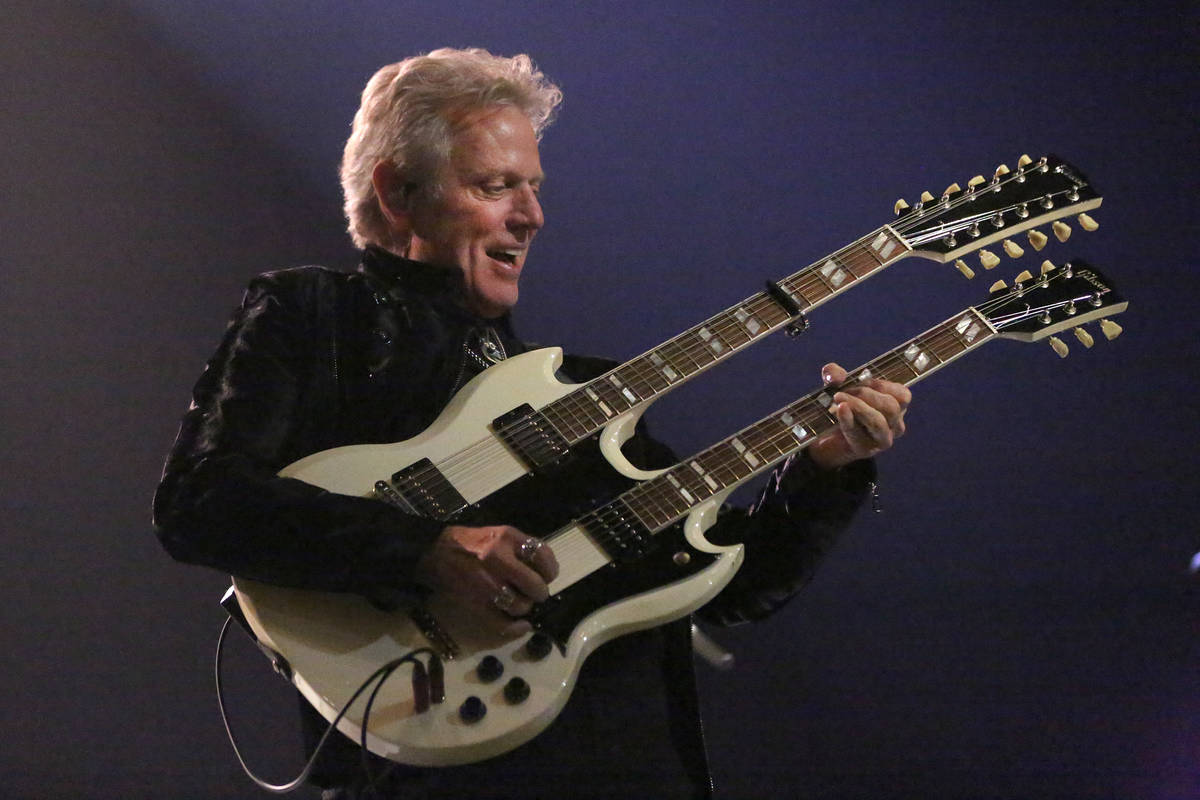 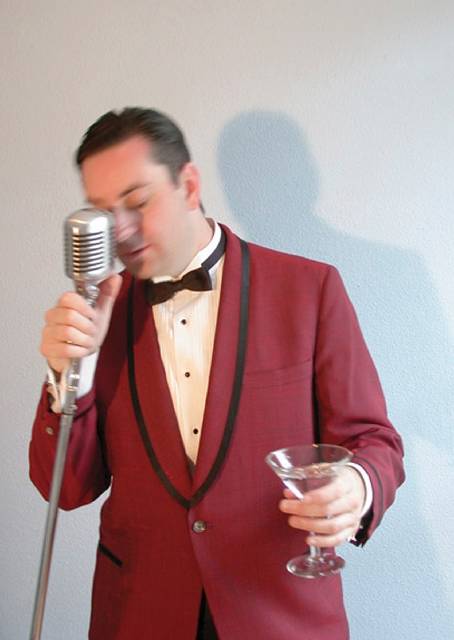 Richard Cheese & Lounge Against the Machine is now your only way to see a smarmy, old-Vegas lounge singer butcher/improve todays pop hits. Cheese croons at 8 p.m. Friday at Sunset Station.

You have to hand it to Station Casinos, where range rules the day. The locals resort company boasts enough dexterity in its entertainment lineup it could stage an Eagles tribute band and the real, former Eagles bandmate Don Felder on the same bill.

Station is stopping short of that coupling. But the company is going with the genuine, venerable Felder among its many star headliners as the company accelerates its post-shutdown entertainment schedule.

Station has released its post-shutdown schedule as it celebrates its 45th anniversary on July 1, with fireworks planned at Palace Station, where it all started in 1976. Red Rock Resort and Green Valley Ranch Resort follow with their own shows on July 4.

In true Station fashion, the company is also featuring locals-targeted acts “The Ultimate Frankie Valli Tribute: Let’s Hang On,” on July 31; 4NR (yep, a Foreigner tribute band) on Sept. 4; and comedy duo #IMOMSOHARD, starring moms Jen Smedley and Kristin Hensley (who have 2.2 million YouTube followers and five million FB live views). All of those headliners are booked at GVR.

Around the valley, Station has booked REO Speedwagon on Sept. 10 and Brett Young on Oct. 9 at Red Rock’s Sandbar Pool. Justin Moore is July 23 and Trace Adkins on Aug 14 at Sunset Amphitheater. Prices for ticketed shows range from about $20 to $65 (the full schedule at stationcasinoslive.com).

Star headliners aside, Station Casinos’ entertainment cornerstone almost since inception has been Las Vegas talent for Las Vegas residents. Franky Perez has already appeared at Sunset Station’s Club Madrid, on June 12, a standing-room-only show that brought down the house. Jerry Lopez’s Windjammers yacht-rock lineup (which is at once a band, and a movement) is at Club Madrid on July 3.

The shows are growing to pre-COVID activity. The popular cover band Queen Nation is at Railhead at Boulder Station on July 10. Aeromyth (yes, a premier Aerosmith cover band) is July 31, and Pyromania (an ode to Def Leppard) is Aug. 14.

Those who comb the Vegas entertainment scene will note a dearth of activity at Rocks Lounge at Red Rock Resort. The company plans to activate that lounge, growing support from its other venues. Revered Las Vegas lounge satirist Richard Cheese is coming to Rocks Lounge on Aug. 6.

Otherwise, Station feels out the Vegas business from across the city before returning its rooms. The philosophy is, you say you want live entertainment? Turn out where it’s happening now.

“Our approach is locals for locals, and we’re not trying to compete with the Strip,” Station Casinos Entertainment Director Candace Davis-Martin says. “We want places where you an walk in and enjoy a great show. One thing we want to do is bring in locals entertainment, and we will have some of the best out there. Franky is world class. The Windjammers are the best players in town.”

Station continues to focus on small-capacity entertainment, running against a trend that has seen such casino behemoths as Caesars Entertainment shut down several of its smaller venues.

“We have the ability, as a locals casino company, to showcase local talent,” Davis-Martin says. “It’s something we will continue to focus on, because there is a demand for it in the local market. I’m fine if no one else wants to go that route. Those are definitely the waters we’re going to sail.”

The company’s place in the community is reflected in all sorts of unexpected ways. Perez played the lounge at Palace Station during his comeback to the music scene several years ago. And Lopez walked into that lounge decades ago for a gig with Santa Fe, after a rough day, and said, “Guys, I need some healing tonight.”

That stuck. Lopez has ever since referred to Santa Fe’s show as, “The Healing.”

Mr. Las Vegas was doing his impersonation of an auctioneer, even pointing at imaginary bidders. Not a bad performance. The car on the block, Newton’s 1979 Rolls-Royce Silver Shadow II, took a winning bid of $93,500. His ’99 Rolls-Royce Silver Seraph went for $66,000. The choice ’81 Mercedes-Benz 380SL Custom Roadster fetched $84,700.

Newton said before the Silver Shadow went to auction, “I have loved these cars, but the time has come to share that love.”

Gov. Steve Sisolak turned up to introduce the 2021 Ford Bronco 4-door Badlands Raiders Edition, which capped at $275,000. The money raised is being turned over to the Raiders Foundation.

Sisolak said afterward, “This is a big, important event for this city. Las Vegas is back.” No attendance figures available, but there seemed at least a couple thousand attendees watching Saturday’s auction action.

Sisolak also said his first car was a 1963 AMC Rambler, a cool little ride, made mostly of metal.

Broadcast on History channel, the Barrett-Jackson show was the first public, televised event ever at Las Vegas Convention Center’s new West Hall. We ran in to Corey Harrison of “Pawn Stars” between his on-site interviews. He, Rick Harrison and Austin “Chumlee” Russell will continue to anchor History’s unscripted lineup and returns taping in August.

A Marc in time

Marc Roberts is no longer wearing the blue hue. Roberts had been a member of Blue Man Group for two decades, but has moved into a new fictional role as he’s been cast as one of the four actors for Gazillionaire in “Absinthe.” Roberts has been rehearsing and might be in onstage as early as this month (he’s been onstage in the Ivan and Ivana Chekov-Jones’ “Cesarean Silk” segment). He also spent the pandemic as the Henderson Silver Knights’ Town Crier.