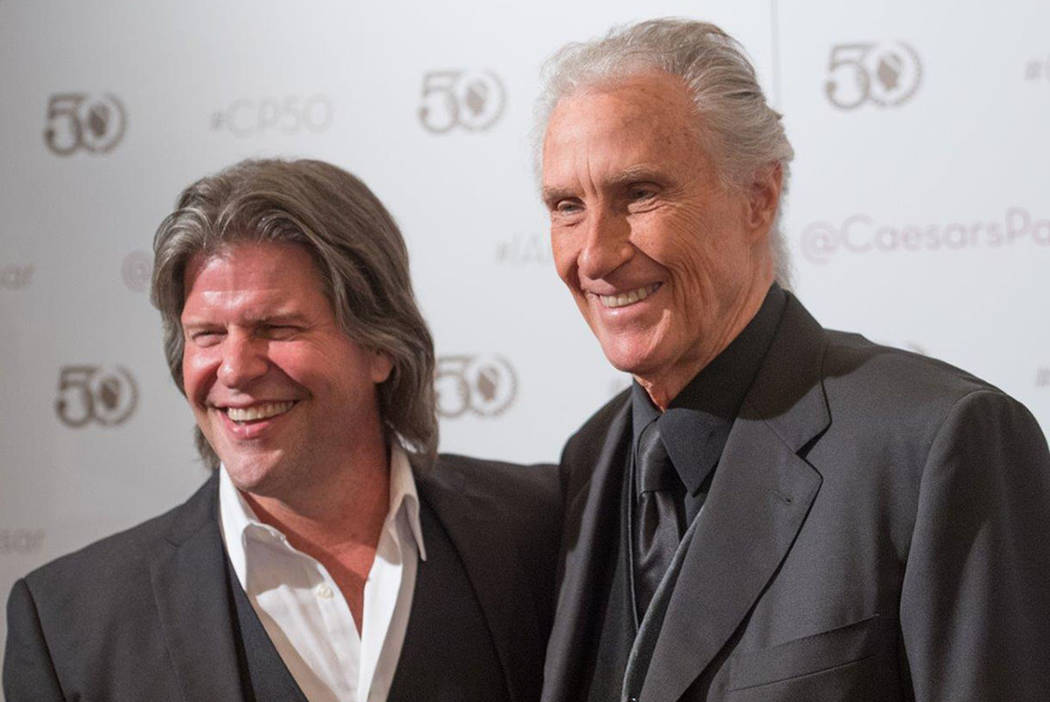 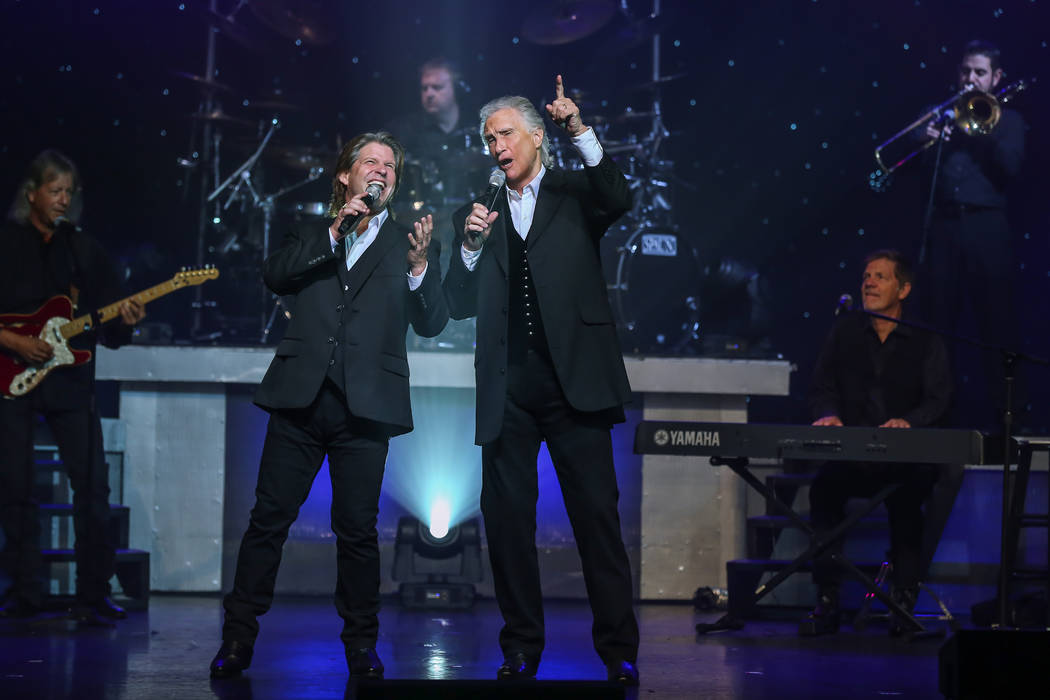 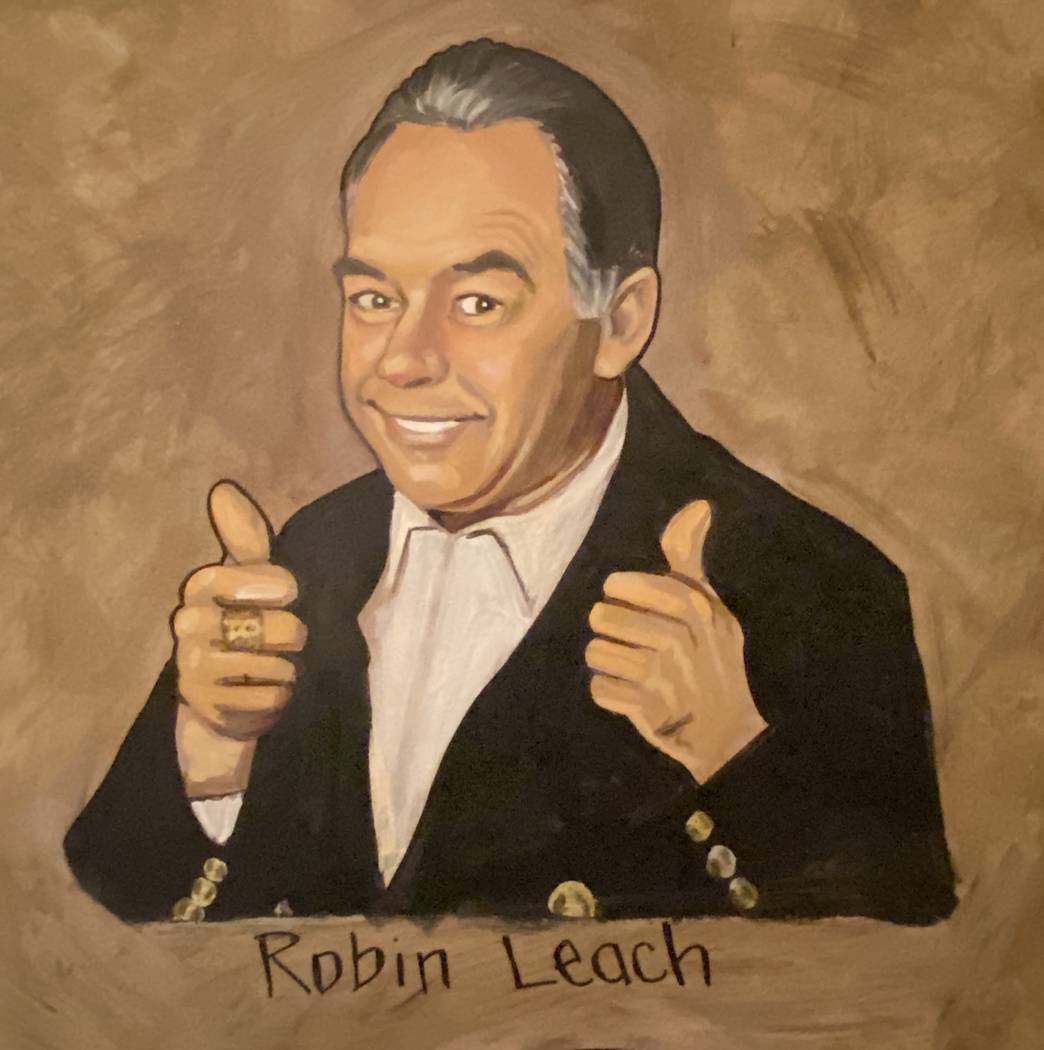 Robin Leach's image is shown on the wall of Palm Restaurant at the Forum Shops at Caesars. (John Katsilometes/Las Vegas Review-Journal) @JohnnyKats 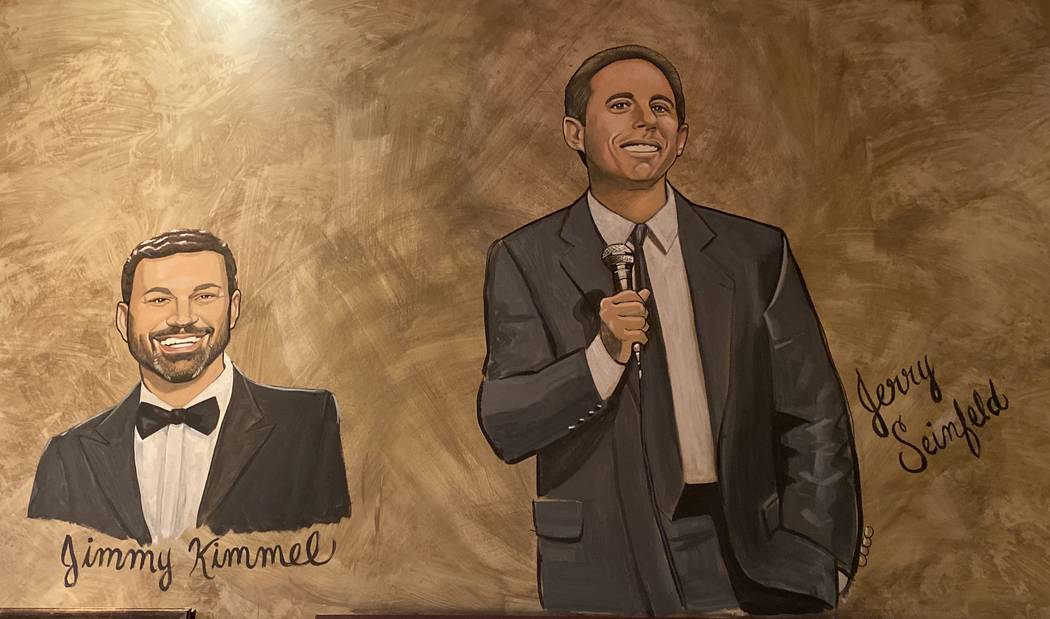 The caricatures of Jimmy Kimmel and Jerry Seinfeld are shown on the wall of Palm Restaurant at the Forum Shops at Caesars. (John Katsilometes/Las Vegas Review-Journal) @JohnnyKats 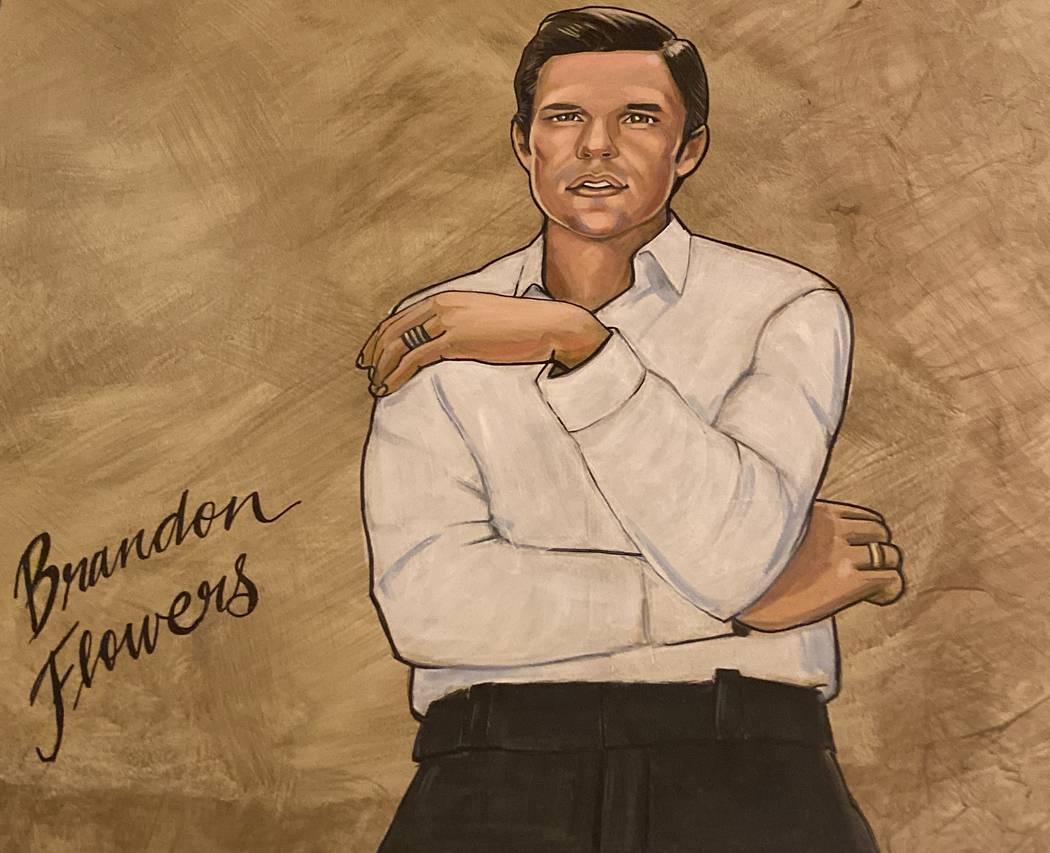 The image of Brandon Flowers is shown on the wall of Palm Restaurant at the Forum Shops at Caesars. (John Katsilometes/Las Vegas Review-Journal) @JohnnyKats

If you know anything about the Kats! Bureau, it’s that we appreciate the righteous news.

The duo opened in March 2016 and continue to rock the place, onstage and at the box office. Medley has told me he had grown weary of performing live without his Righteous Brothers co-founder and dear friend, Bobby Hatfield, until catching Heard performing in Branson, Missouri.

Heard is a vocal force and a dynamic personality. Medley still has that resonant voice, and remains a sharp-witted showman. “We entered the Rock and Roll Hall of Fame with Elvis …. Costello,” is a favorite — and accurate — line from the stage.

Medley also recounts the days in 1964 when he and Hatfield opened for The Beatles. “It was unbelievable to be standing up there as thousands of people screamed … ‘We want the Beatles!’”

That’s without mentioning all the duo’s hits. They sing them all, and their backing band brings it home. The Righteous Brothers still sell out on the road, too, but Vegas is their home at least through 2020.

The late celebrity journalist and TV icon Robin Leach has been added to the lineup of celebs and newsmakers at Palm Restaurant at the Forum Shops at Caesars.

Over the past few weeks, Jimmy Kimmel, Jerry Seinfeld, Siegfried & Roy, and Brandon Flowers of The Killers have been added to the famous wall. The Vanderpump family of reality-TV fame (and also of Vanderpump Cocktail fame at Caesars) are due to be added in November. That’s Lisa, Ken, Pandora, Jason — and the dogs.

An offer he can’t refuse

David Perrico’s Pop Strings Orchestra, the 36-piece juggernaut, hosts the music of “The Godfather” at Myron’s Cabaret Jazz at 8 p.m. Friday. The musicians take on the scores written by the late composer Nino Rota, which have been re-arranged by Perrico.

Joining Perrico’s usual singers Lily Arce and Fletch Walcott are Janien Valentine, Francesca Camus, Mark Boals and George DeMott of Rochester, New York. Jim Frank, out of Perrico’s hometown of Youngstown, Ohio, is flying in, too. Why? To play accordion. This is a serious gig, folks. Tickets are $25-$40, go to thesmithcenter.com for info.