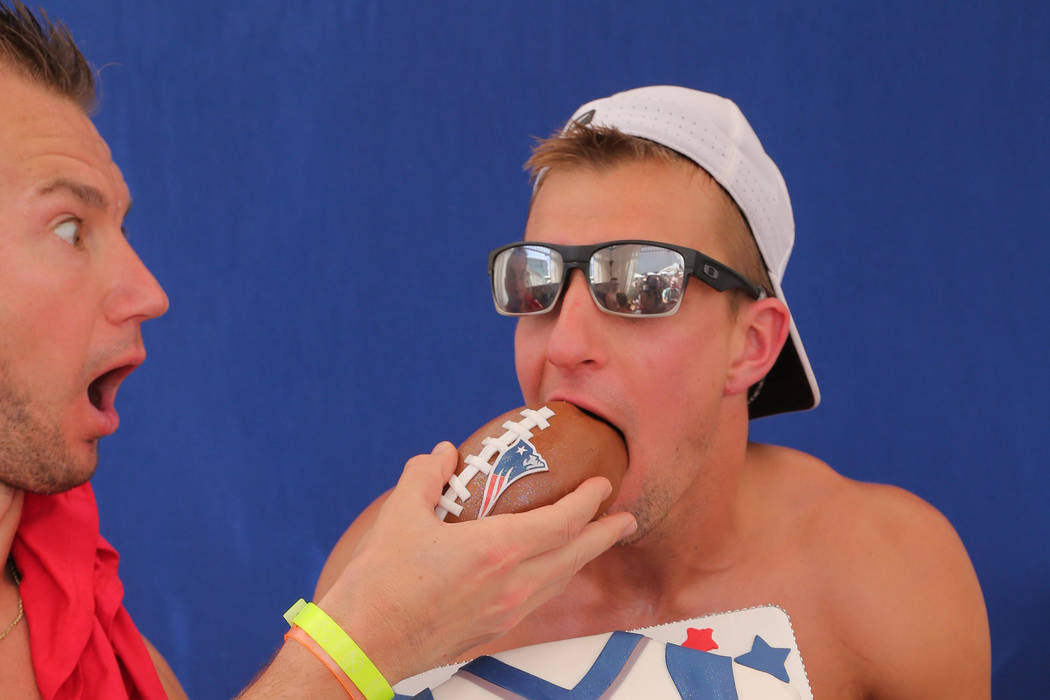 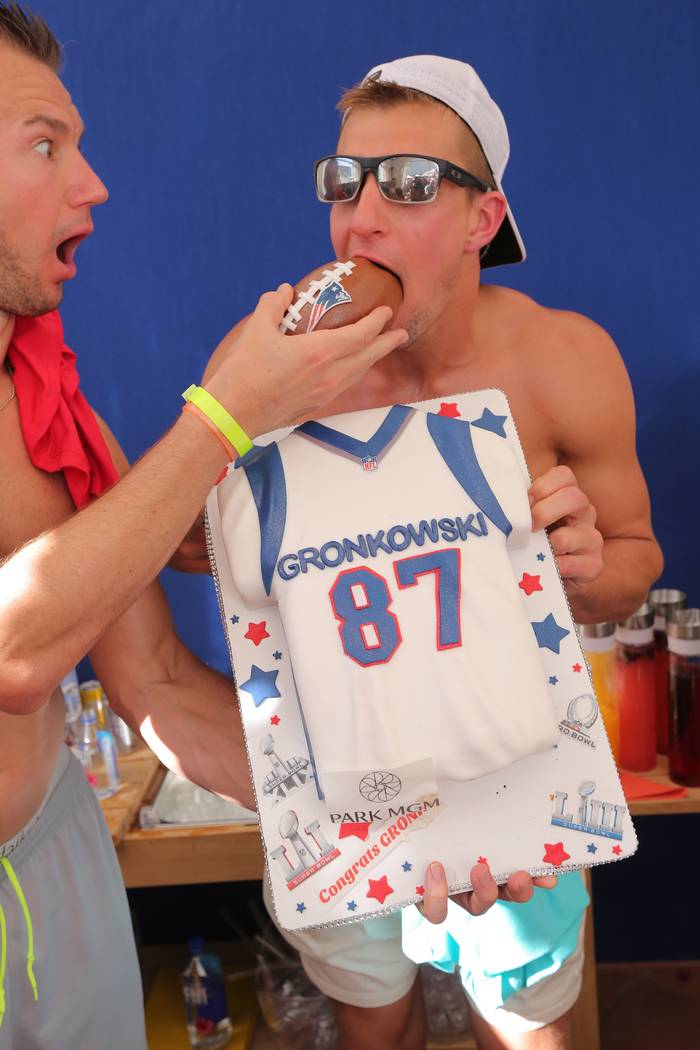 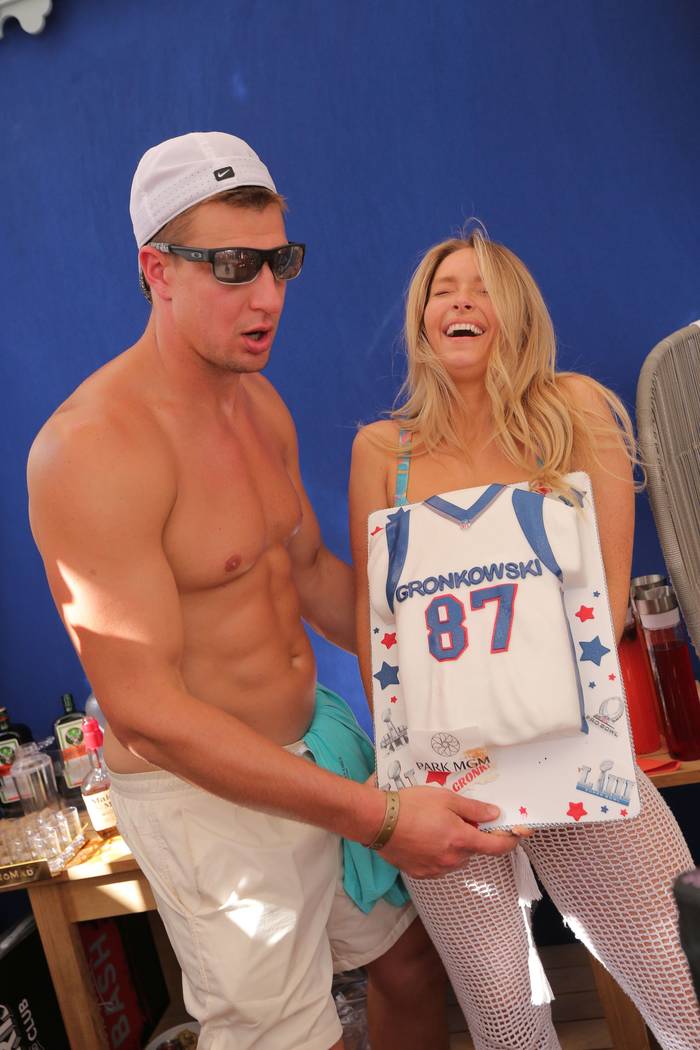 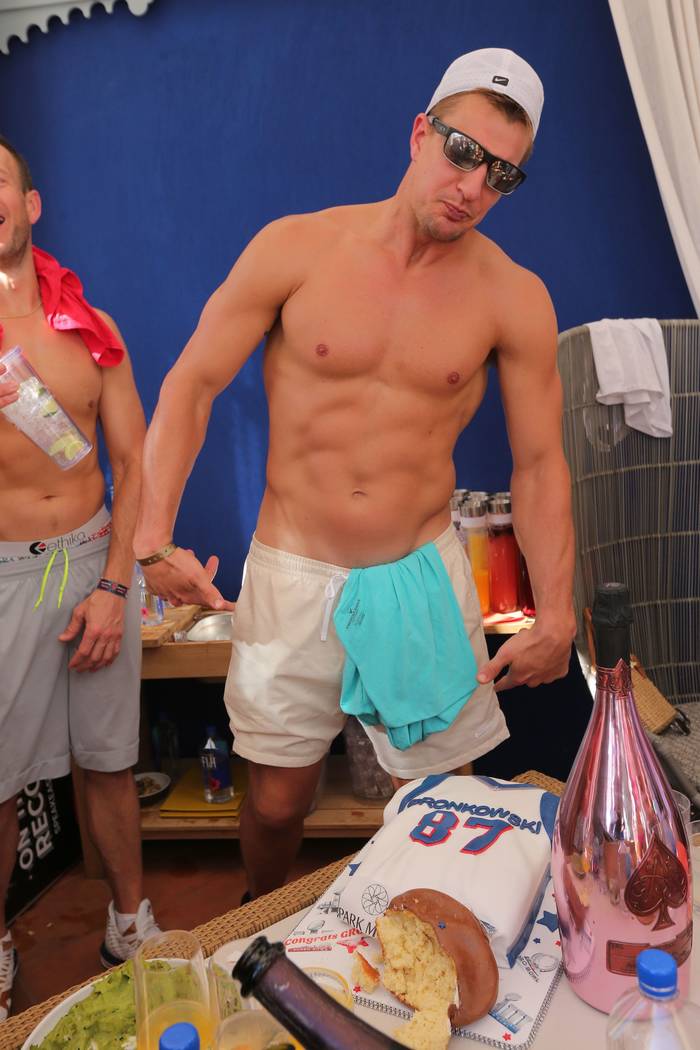 Rob Gronkowski has shed his New England Patriots jersey, and we mean for real.

The loosey-goosey tight end from the reigning Super Bowl champs capped a five-day retirement party Sunday at Jemma — the NoMad Pool Party at NoMad Hotel at Park MGM. Gronk ran a crossing pattern across the pool deck, receiving a customized retirement cake and basking in the sunlight with his girlfriend, Camille Kostek.

The fun-loving purveyor of the party also hung with a troupe officials described as “a few pals.”

Gronk also was in the fray at On The Record speakeasy and Thursday. Gronk, Kostek and crew then strayed to the karaoke room to call out the Guns N’ Roses classic “Sweet Child O’ Mine ” and the Sir-Mix-A-Lot club staple “Baby Got Back,” along with samples form Justin Timberlake and 50 Cent.

The 6-foot-6, 265-pound retiree opted to party in Vegas rather than join many of his ex-teammates, including star QB Tom Brady, at Saturday’s team Kentucky Derby party.