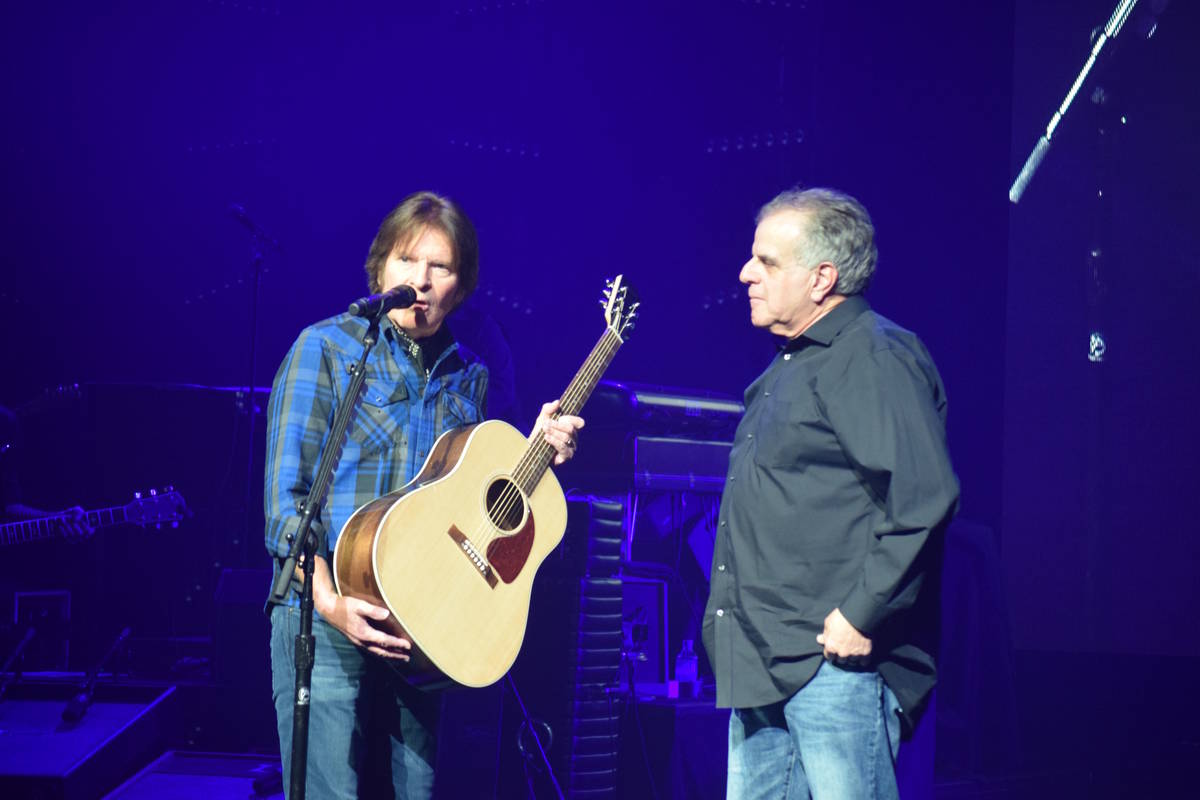 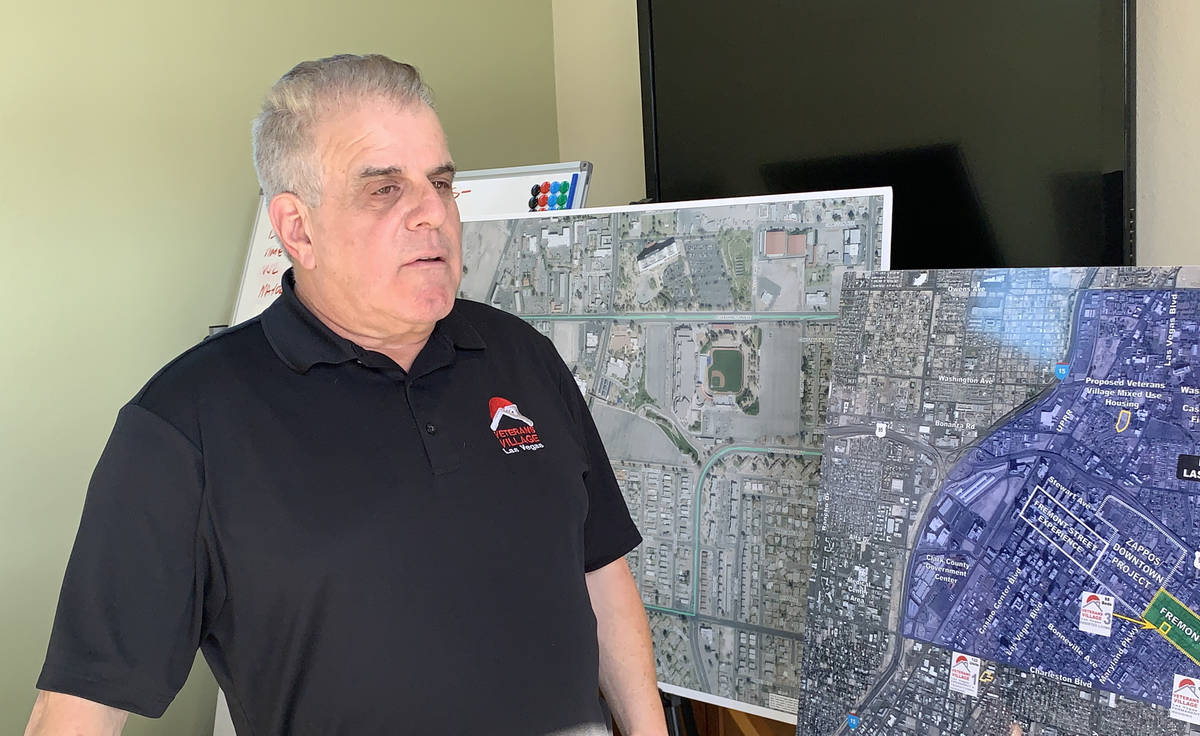 Arnold Stalk of Veterans Village speaks at the unveiling of a new tiny home model on Tuesday, Dec. 11, 2018, at Veterans Village II, 50 N. 21st Street in Las Vegas. The organization will be building 10 of these container homes to house veterans of the village. Mat Luschek/Las Vegas Review-Journal

John Fogerty has levels of “falutin,” and Arnold Stalk is above even the highest level.

“The stuff we do, all this highfalutin stuff in life, there is an area that’s greater than yourself, greater than you and greater than me,” Fogerty said this week while checking on his friend’s health. “People like Arnold are in that area, doing stuff out of the goodness of his heart.

“He is a saint, as far as I’m concerned. I’m amazed to have met a person like him.”

Stalk battles homelessness as founder and director of Share Village, formerly known as Veterans Village. The community leader was diagnosed with COVID-19 last week and has been hospitalized at Sunrise Hospital and Medical Center since midnight Oct. 8. He had also been diagnosed with pneumonia.

Stalk’s wife, Shannon Kelly, said that after a few days in the intensive care unit, Stalk is now in a regular hospital room.

“He’s doing pretty well, but we don’t know how much longer until he’ll be released,” Kelly said Wednesday. “He needs to have complete strength. It’s difficult keeping someone like Arnie down. ‘Patience’ is not his middle name.”

Fogerty was introduced to Stalk a few years ago as the rock legend took up residency on the Strip. Fogerty has since helped raise awareness for the Share Village and has generated donations through his ongoing endorsement of the homeless facilities.

In November, Fogerty’s wife, Julie, decorated a new residence made of refurbished shipping containers at Veterans Village 2 in Las Vegas.

“I can add a little bit of celebrity to the cause, and because of that, other people like me want to help out, too,” Fogerty said in a phone conversation Monday. “Things are so shaky with our country right now, but we can take care of a lot of things, if we put our minds to it. That’s my place — to help out and speak out.”

Fogerty says he will be back on stage in Las Vegas in 2021 to fulfill his postponed dates at Encore Theater at Wynn Las Vegas. “I don’t know if any responsible person can predict accurately when we’ll return, but we will be back,” Fogerty said. “I am proud that people who come to Las Vegas still want to rock out with me.”

Fogerty plans to keep his sons, Shane and Tyler, in the act at Encore Theater. Shane sings and plays guitar throughout the show. Tyler makes a cameo, throwing a firecracker into the performance with a manic spin through “Good Golly, Miss Molly.” The guys are releasing the single “Scream and Shout” this week in their psychedelic rock band Hearty Har.

“It’s a blessing having them play with me, but this band has nothing to do with me,” Fogerty said. “Well, I guess the DNA is me. I’ll take credit for that.”