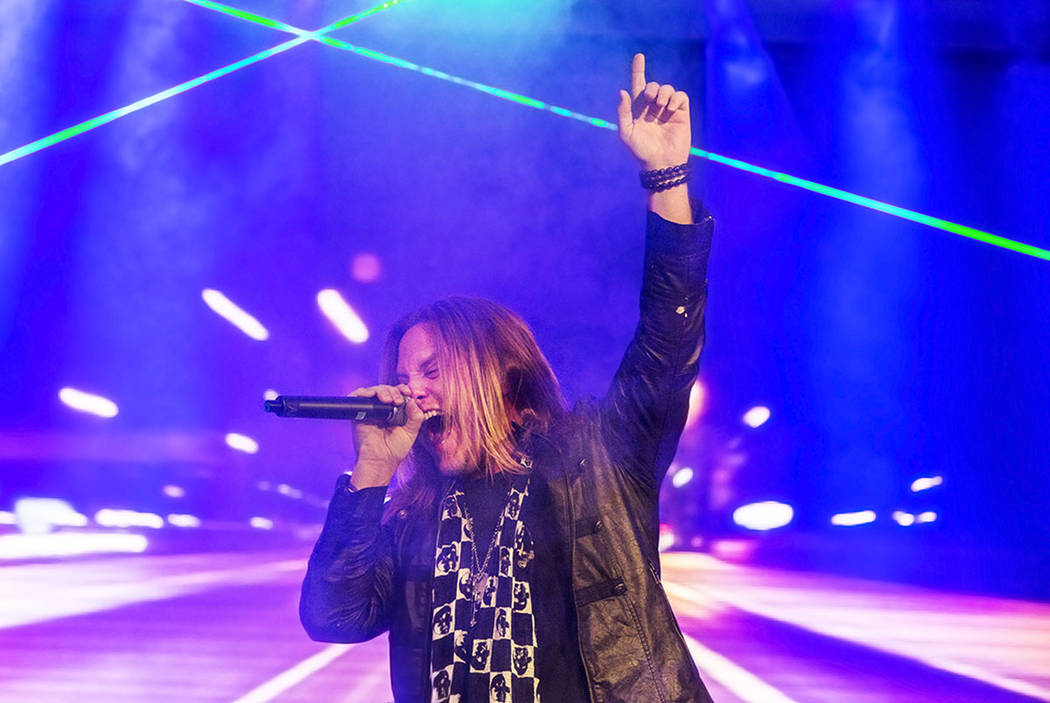 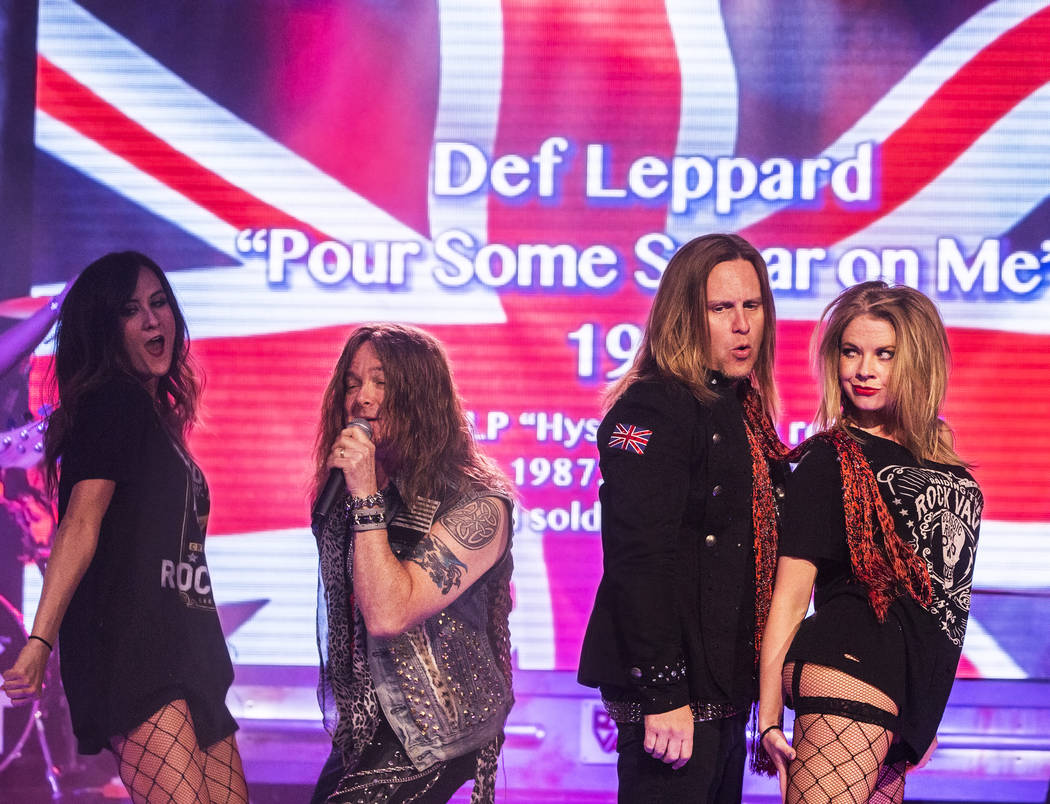 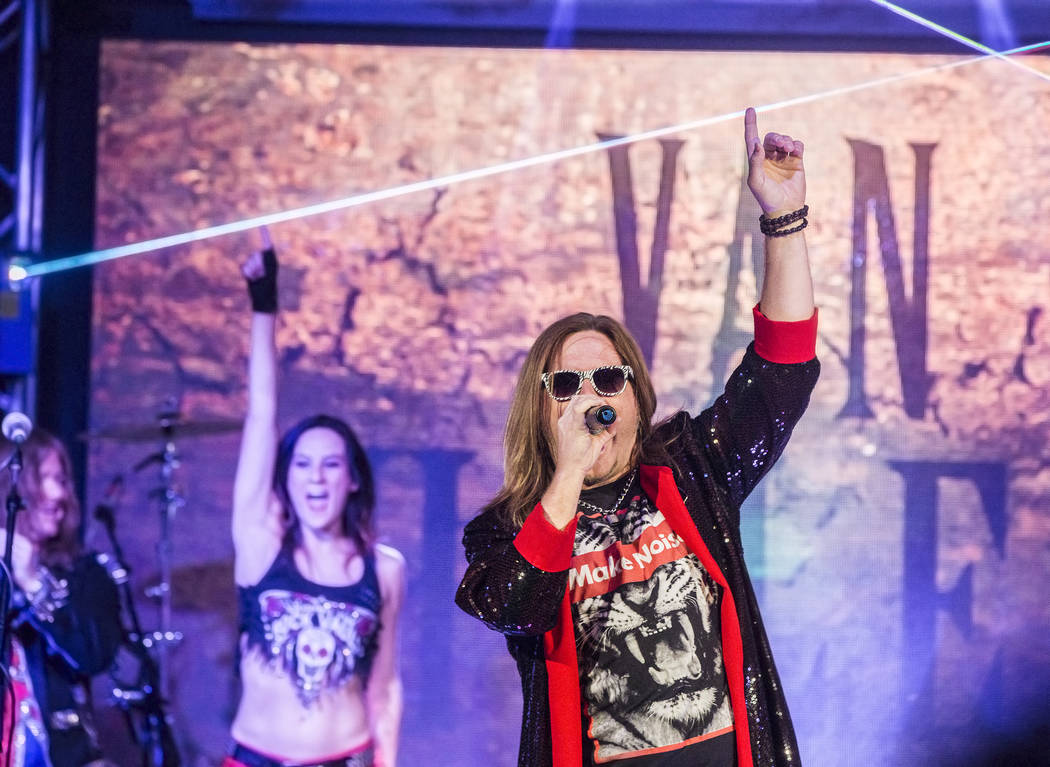 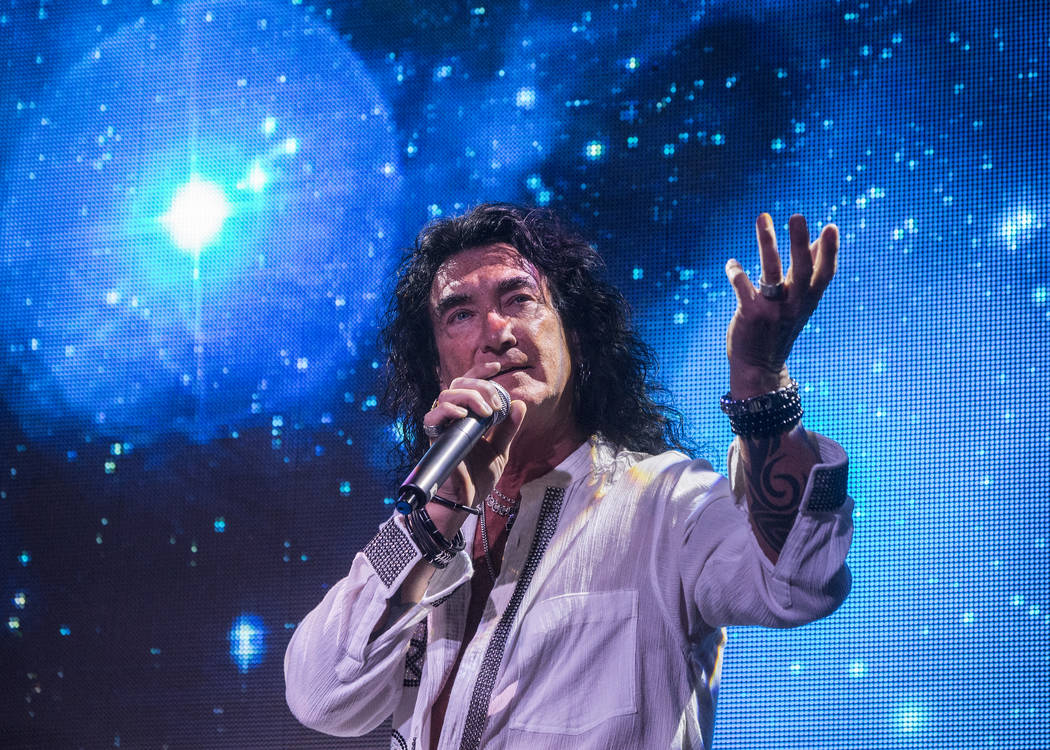 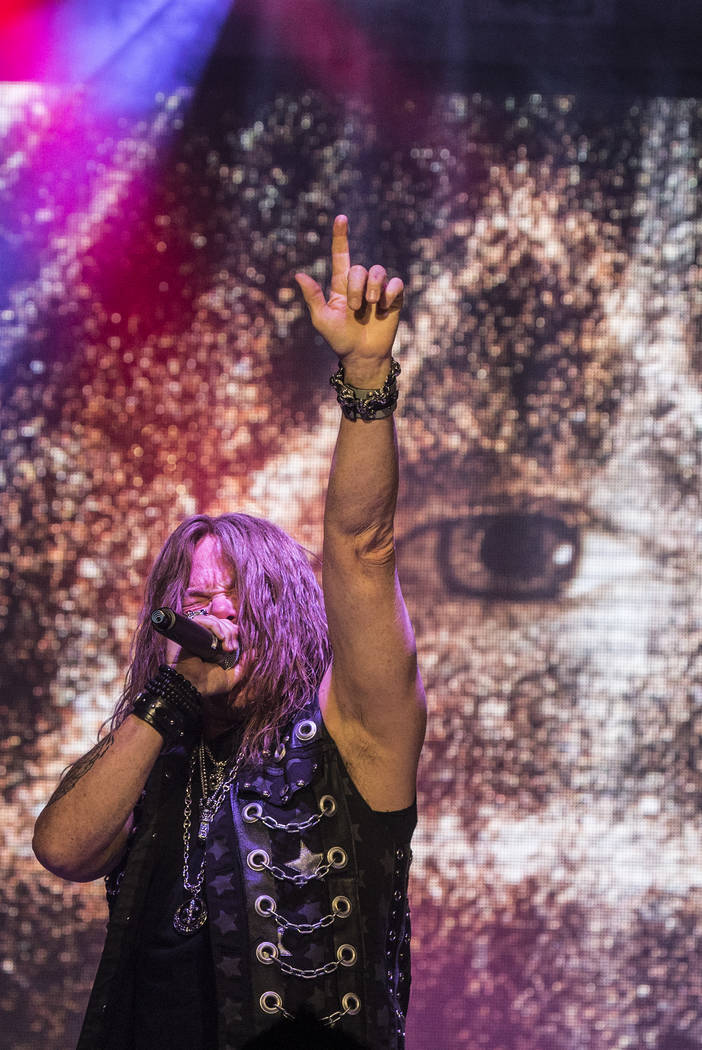 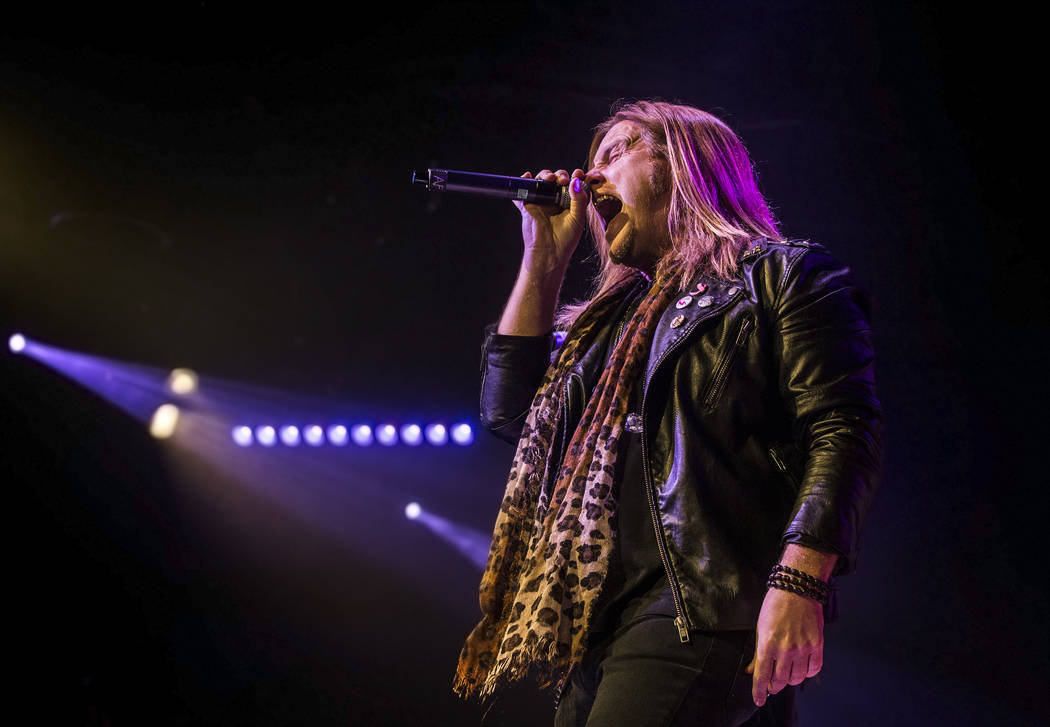 The band in “Raiding the Rock Vault” has long resisted performing its first encore.

But after a raging 90-minute set Saturday night at Hard Rock Hotel’s Vinyl music club, guitarist Howard Leese said, “We’re going to do something now we have never done — play an encore.”

That led to a race through “Hold the Line” by Toto, “Hot Blooded” by Foreigner and “You Shook Me All Night Long” by AC/DC, the latter dedicated to the late guitarist Malcolm Young.

“Rock Vault” launched in March 2013 at the then-Las Vegas Hilton. It is still as robust as ever, and I feel the show will continue at Hard Rock at least through the end of the summer of 2018. The vault’s survival is a study in the sheer willpower of the production, beginning with producer “Sir” Harry Cowell and the core singers and musicians Leese (of Heart, and also the resident Rock and Roll Hall of Famer), Paul Shortino (Quiet Riot), Andrew Freeman (The Offspring), Robin McAuley (Survivor), Hugh McDonald (Bon Jovi), Jay Schellen (Asia and Yes), Michael T. Ross (Lita Ford and Missing Persons). Cian Coey (of Meat Loaf’s band) and Sarah Hester Ross of “Rent” and Tracii Guns’ band (she and Freeman happen to be married) swapped female vocal leads in the 1,000th performance. The show’s first swing is column fave Lily Arce.

Dancers Christine Vanover and Sarah Jessica Rhodes, too, have become indispensable in the production.

Many other rockers have rolled through the cast in its grand run in Vegas — Doug Aldrich and Rowan Robertson of Dio; Dave Amato of REO Speedwagon (both onstage Saturday); Jason Boyleston of Paul Rodgers’ band; Christian Brady of Hellyeah; Blas Elias of Slaughter; and Mark Boals of Yngwie Malmsteen, Ted Nugent and Dokken. Singers in the lineup during the show’s have included some amazing artists, among them Carol-Lyn Liddle and Stephanie Calvert.

Despite the frequent alterations in rotating lineup, the ditching of its original script (which centered on the discovery of all this music in a buried vault), the lawsuit filed by original cast member John Payne (the suit was settled in 2015), and multiple venue changes, the show has never flagged musically.

The band just smokes, and the show regularly tops TripAdvisor rankings as the city’s best production show and has received multiple Best of Las Vegas awards in the Review-Journal.

Before Saturday’s performance, Cowell took the stage to thank three officials from the show’s days at the Hilton and LVH — former GM Ron Johnson, longtime Entertainment Director Rick White and Vice President Cami Christensen — who helped keep the show’s pulse alive when rumors raced around the resort that it would close.

When Westgate Resorts snapped up LVH, Rock Vault moved to Tropicana for a time before closing there in August 2016, resurfacing at Vinyl in March. The Hard Rock Hotel brass, particularly hotel Chief Operating Officer Jody Lake and Vice President of Entertainment Chas Smith, has found the right combination for the Vault at Vinyl.

Watching Shortino call out Whitesnake’s “Here I Go Again,” (often while gripping his crystal-skull cane, which seems to be an actual living entity) and Freeman crush it with Journey’s “Separate Ways,” or Leese’s dexterous solo on Heart’s “Alone,” never gets old. These musicians seem to defy time, as if preserved for eternity in their own rock vault.

We’d call for an encore, but we’ll save that for another day.