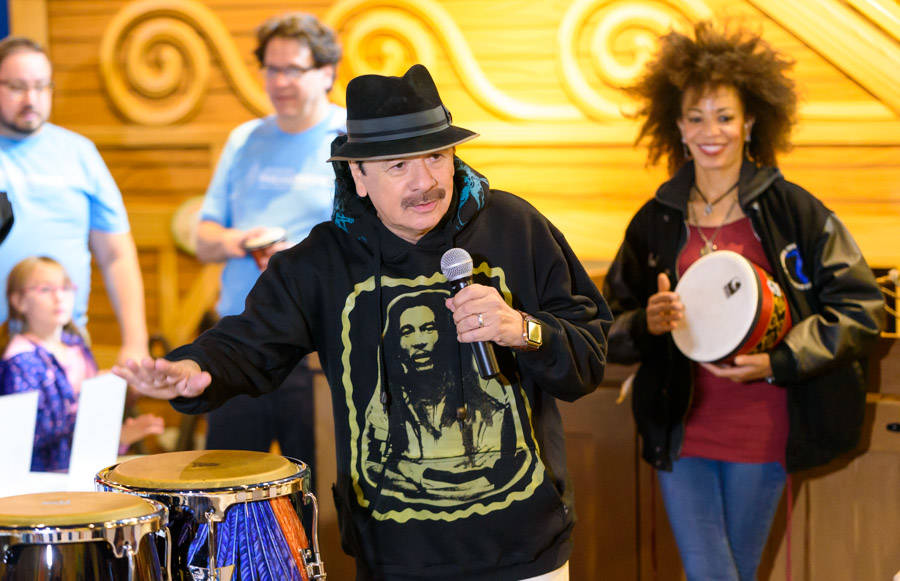 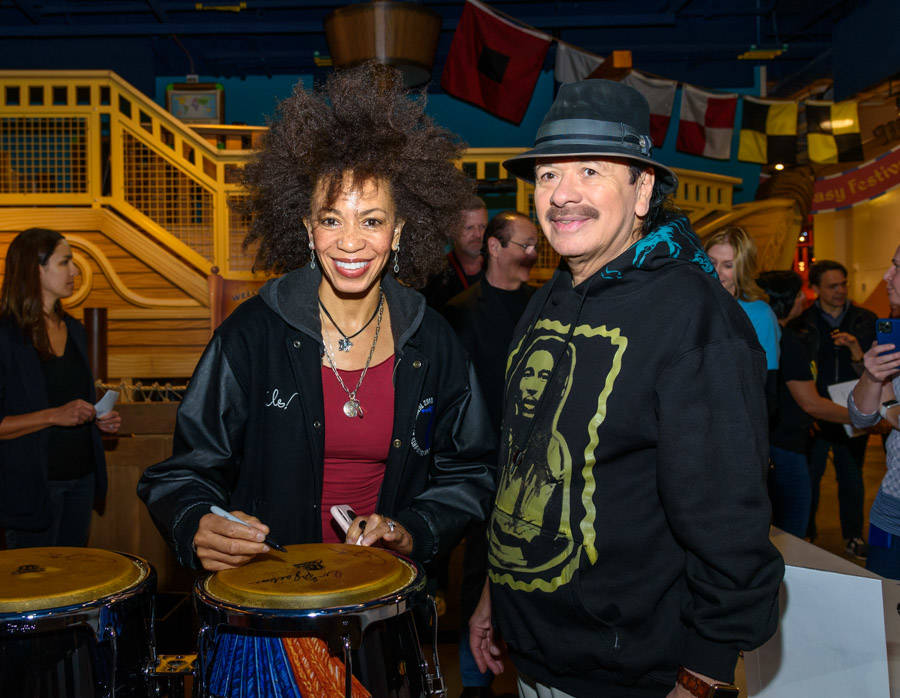 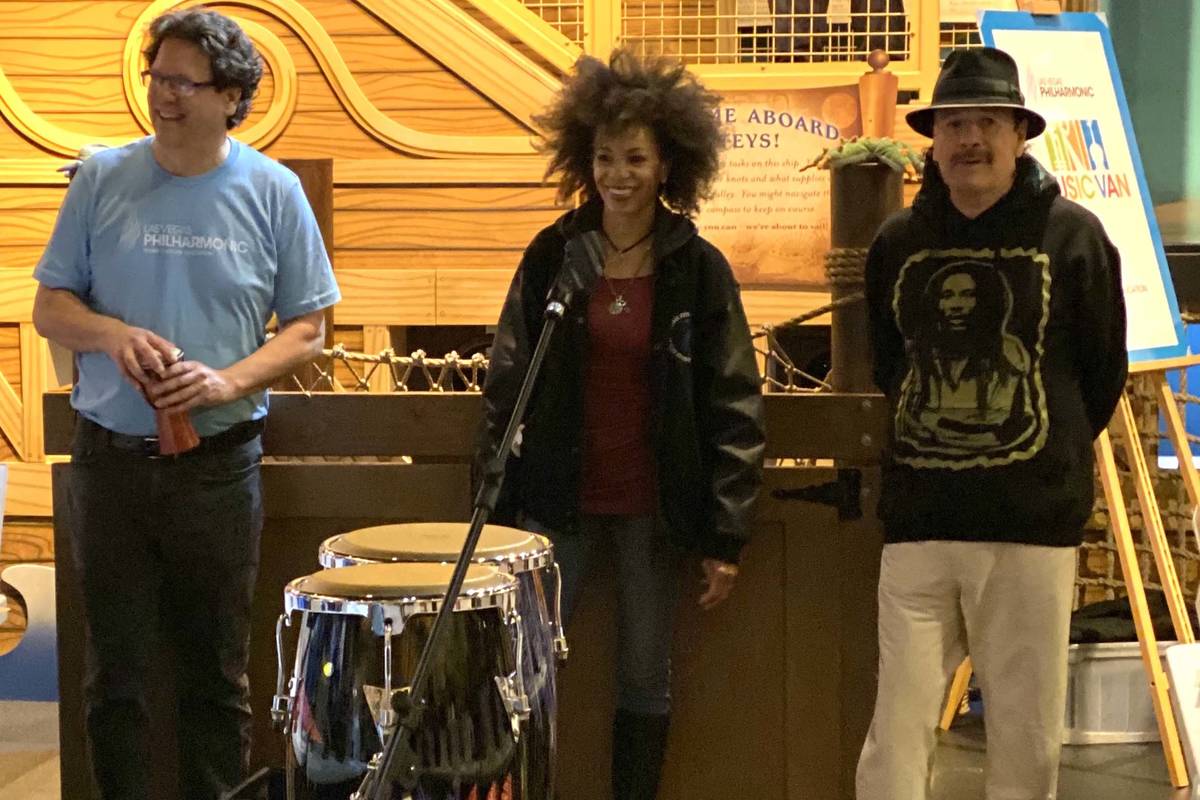 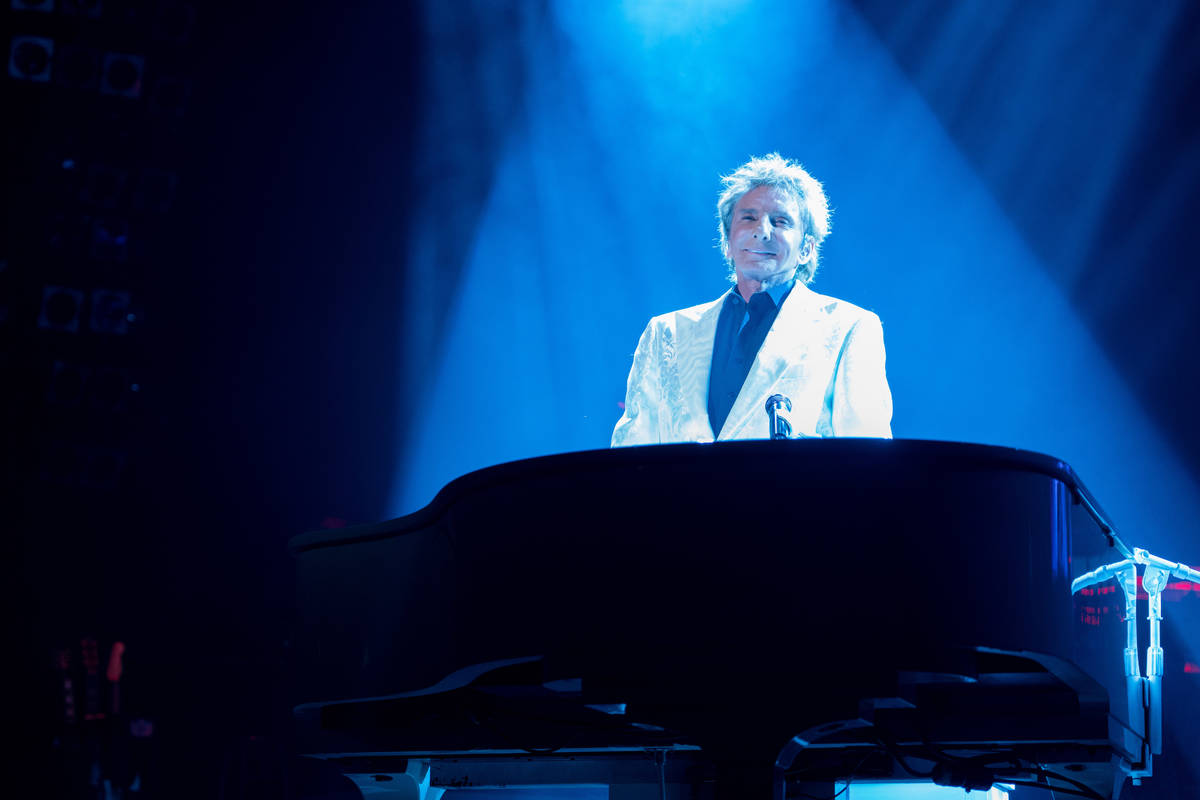 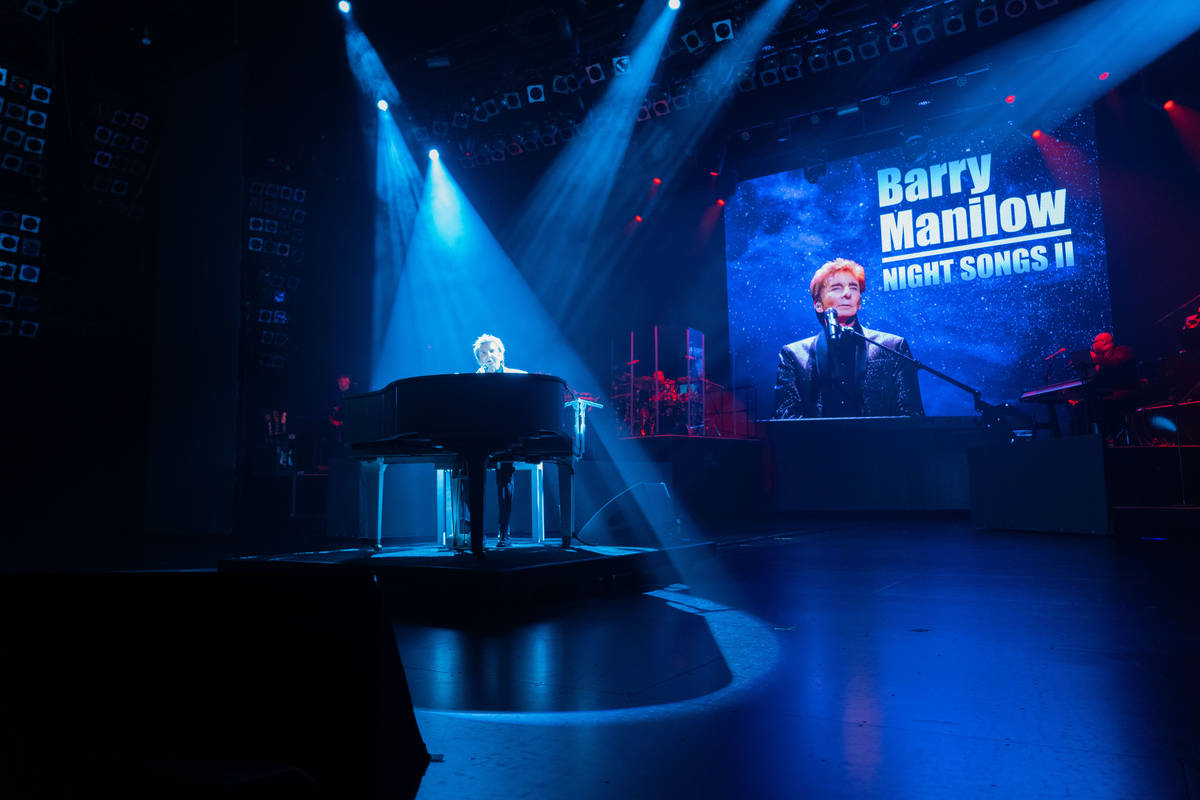 For performers who might not be on stage again this year, Carlos Santana and his wife, Cindy Blackman Santana, are keeping their dispositions sunny. The couple are asked during a recent phone chat from their home in Hawaii if they might ever sing together on an album.

“Um, wait — not!” Blackman Santana says. “Captain & Tennille, no! I have to interject! I have to chime in! I’m saying no to that! He’s not serious!”

But wait, I remind: Santana has said he’s been approached by Eric Clapton to sing on an upcoming album, after the opening of Chase Center in San Francisco. Was the guitar great joking about that, too?

“My brother Eric did ask me that,” Santana says. “I told him I’d sing if he’d be my coach. We are starting with ‘Nature Boy,’ by Nat King Cole.”

“Eric Clapton really did propose that to him,” Blackman Santana adds. “I heard it.”

That concept aside, Santana says he and his percussionist wife — and his entire lineup — might be sidelined for the rest of 2020 in their ongoing residency at House of Blues at Mandalay Bay. The couple also have a home in Las Vegas but haven’t been in town since February.

“We are not set to go back on stage again, really, until 2021, and we have to live with that,” Santana says. “But we are hopeful, it might be November, it might be September. It is out of our hands.”

Blackman Santana is issuing a solo album, “Give The Drummer Some,” set for release Sept. 18. Its first single is a cover of John Lennon’s “Imagine,” with Carlos on guitar. Released in May, the single and video are a benefit for SongAid, an initiative created by the music and technology industries that donates all proceeds to WhyHunger’s Rapid Response Fund.

Yoko Ono has given the song her blessing, saying in a statement, “Now more than ever, it’s important that we all come together to ensure no one in our world goes hungry. I am excited that Cindy Blackman Santana and Carlos Santana’s beautiful rendition of ‘Imagine’ is helping to kick off this important campaign and bring my late husband John Lennon’s vision of a peaceful world, free from hunger, to this critical cause.”

Blackman Santana first heard the song on her older sister’s radio as a child growing up in Yellow Springs, Ohio.

“It was my No. 1 choice as a song to cover, I’ve always just loved its direct message,” Blackman Santana says. “The beauty of it — it’s always been a favorite of mine, for any time.”

As part of the Woodstock generation and a performer at the landmark music festival in 1969, Santana has been following the rolling Black Lives Matters protests while quarantined. Naturally, he has an opinion about the country’s cultural upheaval.

“We have agencies — the CIA, FBI, Homeland Security — that are supposed to seek out terrorists who want to commit crimes against humanity,” Santana says. “Anyone who wakes up in the morning to hurt another human being is a terrorist. They should be arrested and quarantined, and that includes the police, who are supposed to protect us. We need to stop wearing T-shirts with messages, and get into action.”

The guitar great refers to his instrument to illustrate his point.

“If my guitar keeps going out of tune, change the strings,” Santana says. “This country needs to be tuned up. It needs to be re-strung, so we can play the music of compassion.”

Manilow and the family

Hoda Kotb asked Barry Manilow how he was holding up in quarantine in Palm Springs, Calif. “It stinks, it stinks!” Manilow said on Kotb’s podcast “The Hoda Show” on Monday. “But we have to go through this. We’re not being asked to wear iron suits. It’s a piece of cloth over your face.”

Manilow said he especially misses his residency at Westgate Las Vegas, the crew, the audiences and especially his band, which he called “my family.”

“The first thing I want to do is hug them,” Manilow said. “People don’t realize how close you get to your band.”

Manilow is working on two albums. He’s also riding the random revival of his deep cut “When The Good Times Come Again,” which has become a COVID-19 anthem. Manilow recorded the song 31 years ago on his “Barry Manilow” album. It was hardly heard of again until a fan in Israel recorded a lyric video on YouTube, and it became the soundtrack for the pandemic.

The song also reached No. 18 on Billboard’s Adult Contemporary charts.

“It wasn’t even a single, it was just a very sweet song,” Manilow said. “It’s such an odd story, but it fits what we are going through now, perfectly.”

Watch out for OYO!

Word is OYO Hotel is moving to a July 15 reopening. Expect confirmation of this, anytime now.

”Don Barnhart’s Delirious Comedy Show” reopens July 2 at The Spare Room at Downtown Grand. Performances are 8 to 10 p.m. Thursdays through Saturdays. It’s a ticketed show but set up at the hotel’s bar/entertainment venue with the capacity cloven to 35 seats, down from about 100. That’s how small venues work in the Phase Two climate.

The iconic blues club Sand Dollar Lounge — where there’s never, ever a cover —- returned to action Monday night with a loose, open jam session. That club, too, is cutting capacity and promoting phase two directives. It’s open from 6 p.m.-2 a.m., later on weekends, with some measure of music, every night. 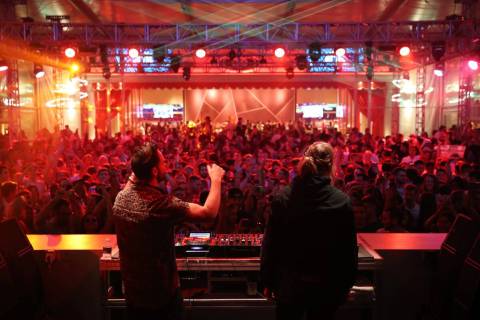