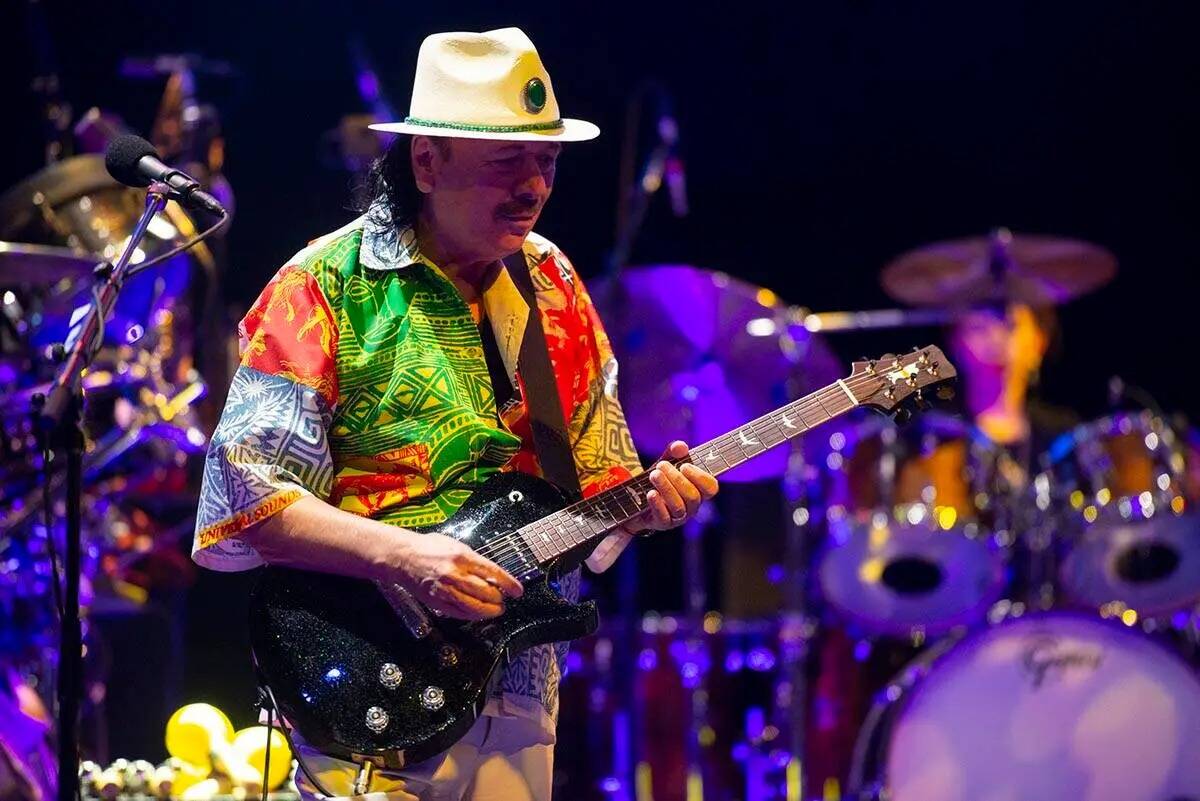 Carlos Santana performs a sound check after a press conference to announce an extension of Santana's residency at the House of Blues Las Vegas on, Wednesday, May 18, 2022, in Las Vegas. This week marked the 10th anniversary of the residency. (Las Vegas Review-Journal/File) 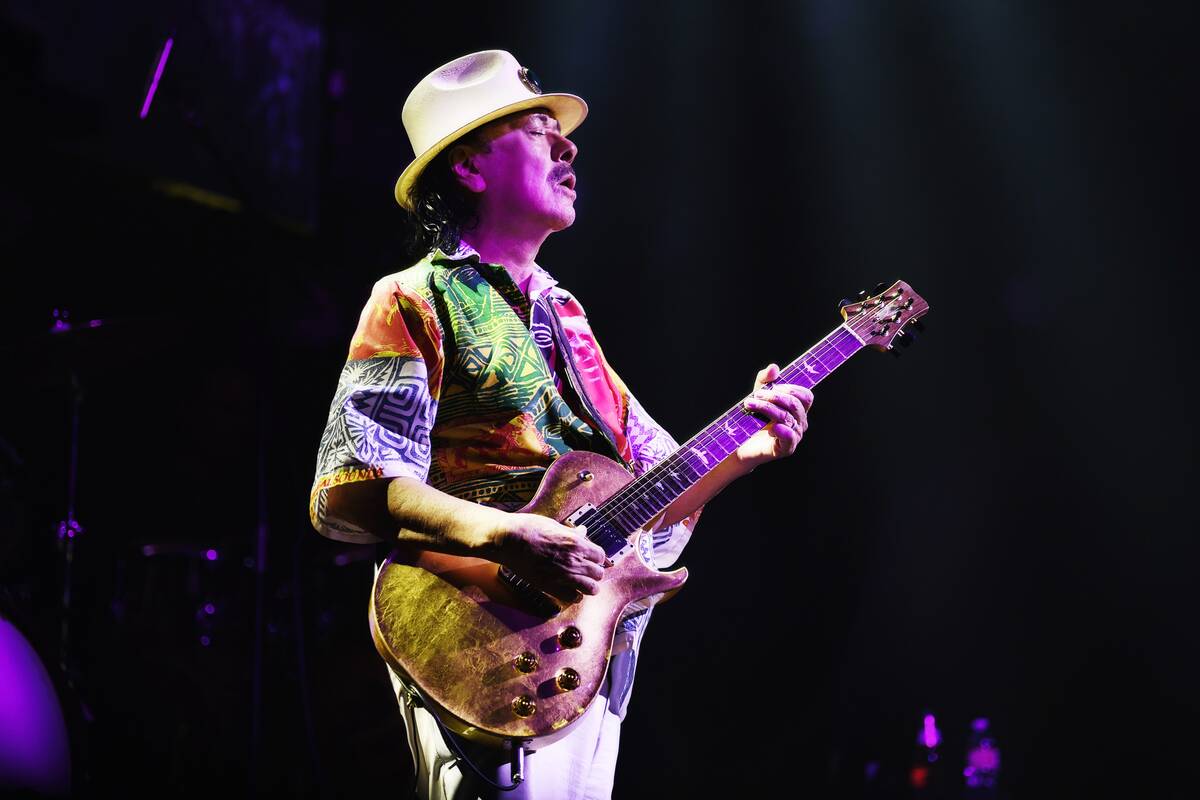 Carlos Santana is shown at House of Blues at Mandalay Bay on May 18, 2022. (Denise Truscello)

Carlos Santana leads a fantastic journey to the past in his rock production at House of Blues. But his is not a pure nostalgia show.

The rock legend has fresh music planned for his next series. You just have to wait for it.

“I’m really excited to bring some new music, we’ve got five new songs we were working out, and I love the way the band is playing them,” Santana said Tuesday in an interview in his Henderson headquarters. “I’m also going to use them for the next album.”

The new music is for a yet-to-be-titled album, which might or might not feature superstar collaboration. Santana is always working on some new venture, and this project is in the larval stage.

“It feels brand new and fresh, each time, especially right now because we haven’t played in a while,” said the 75-year-old rocker, who most recently played HoB in November. “I hope I can remember who I am and what to do with it.”

Contracted at HoB though 2026, Santana is all right with hitting pause to refresh his stage experience.

“The good part is, when you don’t play for a while, everything becomes virgin again,” he said. “It’s not mundane or repetitious.”

Santana’s backing band is intact, including his dedicated singers Ray Greene and Andy Vargas. Cindy Blackman Santana, Santana’s wife and artistic counterbalance, is (super) naturally back behind the drums.

“Cindy makes everything so effervescent, and so vibrant,” Santana said. “She’s like a fountain of joy.”

The legend has a rep for exceedingly high standards for his backing band. How does his drummer play into that pattern?

“A lot of people said, ‘You know that that’s not going to work out because of the way you are,’” Santana said. “And I go, ‘What do you mean?’ ‘Well, you’re kind of demanding on drummers.’ I said, ‘I am?’ But they don’t know Cindy, and they don’t know me. We both love (legendary jazz drummer) Tony Williams, we love Miles Davis, we love Bob Marley, we love Marvin Gaye. We love the same things.”

That includes “Ritual,” a passion project Santana brought up in September. It’s a rock opera he’s developed, based on anyone’s daily ritual. Santana wants Lin-Manuel Miranda to partner in this project.

“Once he meets me and sees what I got cooking, as The Rock says, it’s gonna blow his mind, man.”

Maybe there’s more adulation to be gained with this project, but Santana hardly needs more prizes. Where would he put them? His headquarters are filled with trophies (including his 17 Grammy Awards), artwork, instruments, even the silver-and-black shovel he was given by Raiders owner and friend Mark Davis at the Allegiant Stadium groundbreaking.

A set of shiny, turquoise drums, a birthday gift from Cindy, are set up just outside his office.

Santana paused when asked of which of those items he’s most proud.

“It’s a very peculiar thing to come in here and see all these things,because I feel totally so detached from it,” he said. “It’s like, that’s somebody else. But the things that I really, really cherish are my three children, Salvador, Stella and Jelli (Angelica). They represent my mother and father, going forward, they represent my DNA, and the river rolling along.”

Representing his legacy in each show still matters to Santana, never one to fall back to formulaic performances.

“We want a triumph each night, for people to go home feeling like they got more than they paid for,” Santana said. “That’s what Maya Angelou used to say, the only thing people want to remember is how you make them feel. So we want to make people feel really good.”

The Serena Henry Band plays Spirits Supper Club at The Stirling Club from 8 to 11 p.m. (doors at 7 p.m.) Friday. Henry has toured as a backing singer for Smokey Robinson, Gladys Knight, Donny and Marie Osmond, and Michael Bolton. You might also recognize her as a vocalist for David Perrico and the Raiders House Band. Go to TheStirlingClub.com to book.