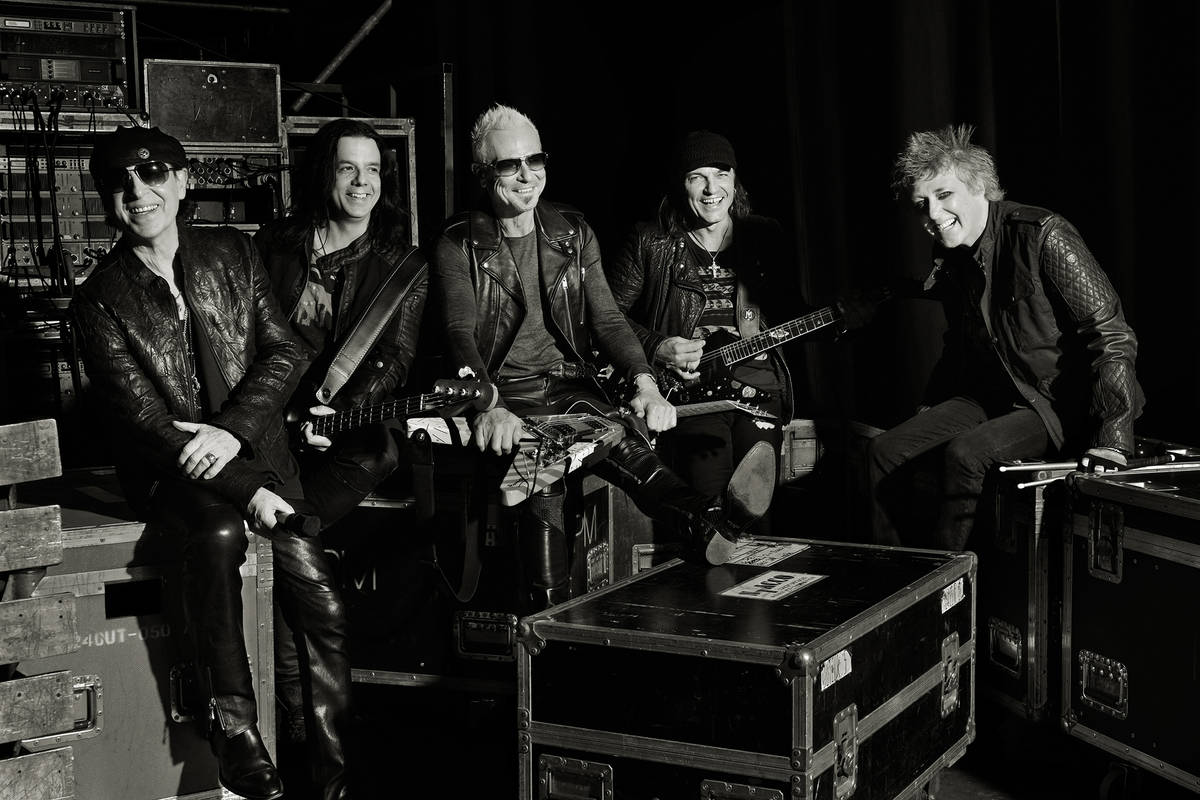 The Scorpions have moved their Planet Hollywood residency to 2021. (Courtesy)

The “Rock You Like a Hurricane” warning has been pushed back from 2021. We refer to Scorpions’ highly anticipated (at least in this household) residency series at Planet Hollywood’s Zappos Theater.

The hard-driving German rock band is moving its “Sin City Nights” show from this May to March 26-April 16, 2022. The band posted the announcement on social media, tagging the message with, “We can’t wait to be reunited with all of you then!”

Fellow ’80s-era rock outfit Queensryche also is along for the ride as “special guest.”

The schedule shuffle means Usher is next in line for Caesars Entertainment headliners. His residency at the Colosseum at Caesars Palace runs July 16-31, returning Dec. 28. Caesars officials said Wednesday there are no changes in Usher’s schedule. The show is planned to play to the theater’s full capacity.

Given the pandemic reopening horizon, it likely would have been more of a surprise had Scorpions been able to follow through on this set of nine shows in May. Wednesday’s announcement marked the third shift in band’s Zappos Theater schedule since announcing the residency in January 2020. Initially, “Sin City Nights” was to have opened last July (the series title is a reference to the band’s 1984 anthem, “Big City Nights”.)

Scorpions most recently headlined the Joint at the Hard Rock Hotel for five shows in May 2016. Originating in Hanover, Germany, the band celebrated its 55th anniversary in 2020. “Love At Love at First Sting,” and “Blackout” were hit albums in the 1980s. Expect such hit singles as the above-referenced “Rock You Like a Hurricane,” “No One Like You,” “Send Me an Angel,” “Still Loving You” and “Wind of Change.”