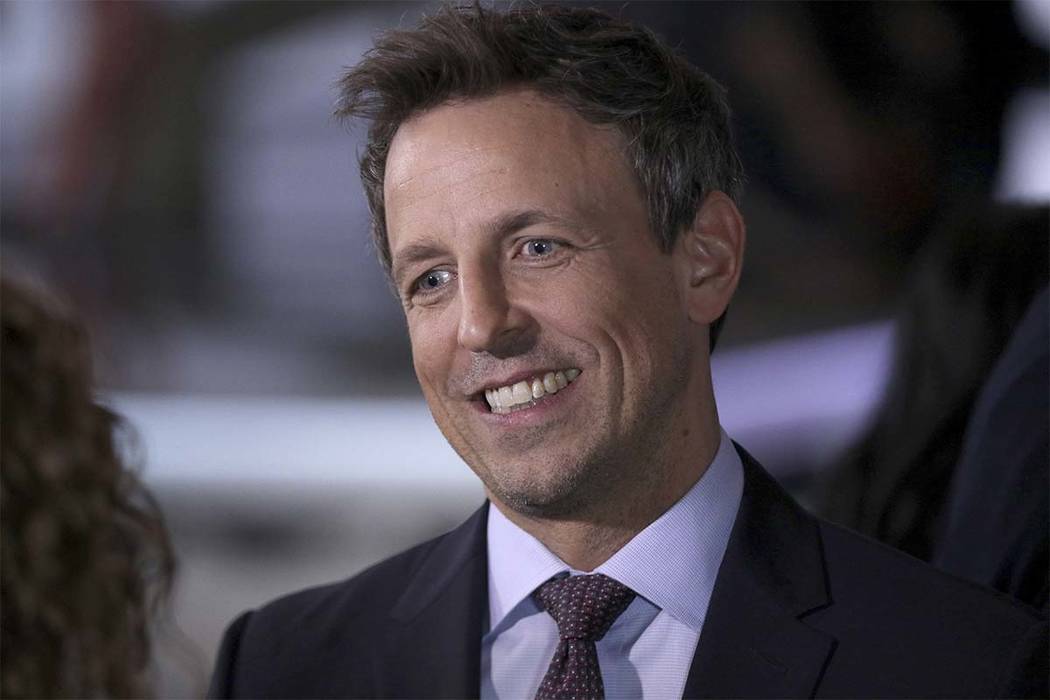 Seth Meyers, the host of “Late Night With Seth Meyers,” is making his debut at Wynn Las Vegas in May. (Willy Sanjuan/AP)

Seth Meyers is making his debut at Wynn Las Vegas in May.

The host of “Late Night With Seth Meyers” is performing two shows May 4, at 7:30 p.m. and again at 10 p.m. Meyers had previously been in the Aces of Comedy rotation at the Mirage.

An ex-“Saturday Night Live” cast member for 13 season who hosted “Weekend Update,” Meyers won an Emmy for Outstanding Original Music for host Justin Timberlake’s musical monologue. He was named one of Time magazine’s most influential people in 2014, and in all has been nominated for 20 Emmy Awards and has hosted the Primetime Emmy Awards and Golden Globe Awards telecasts.