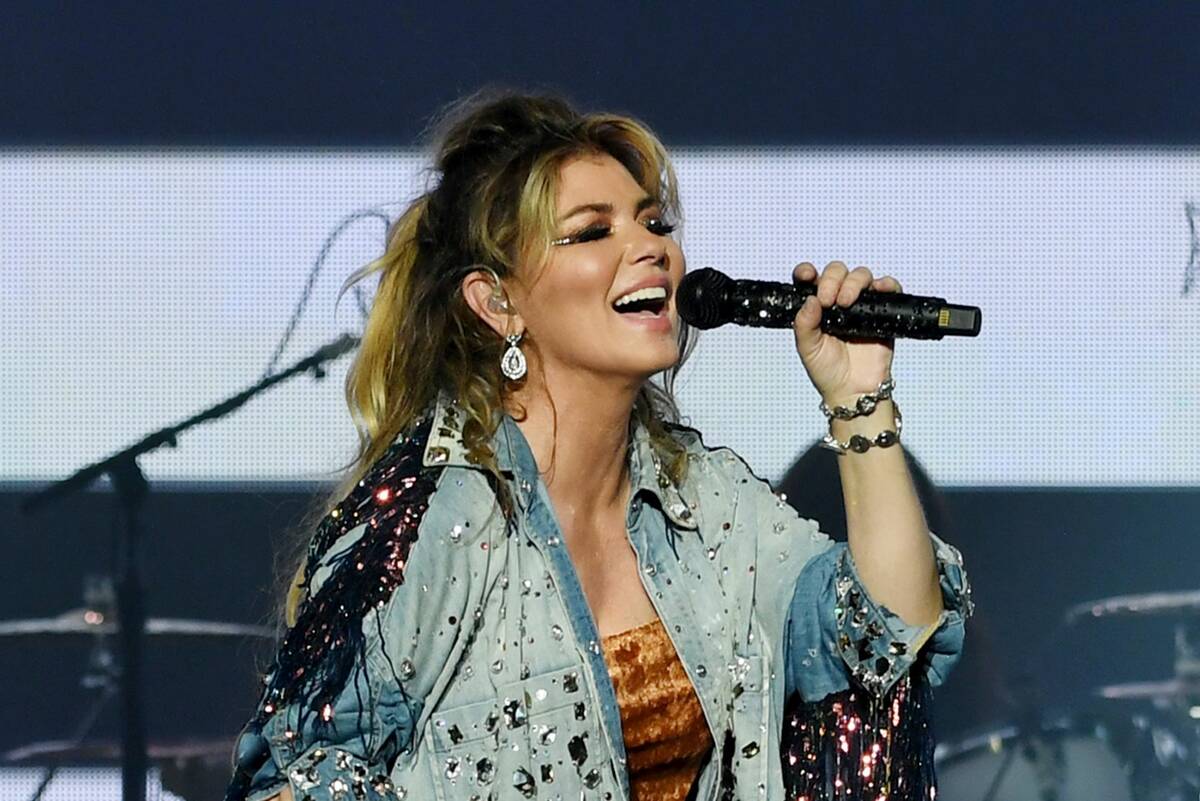 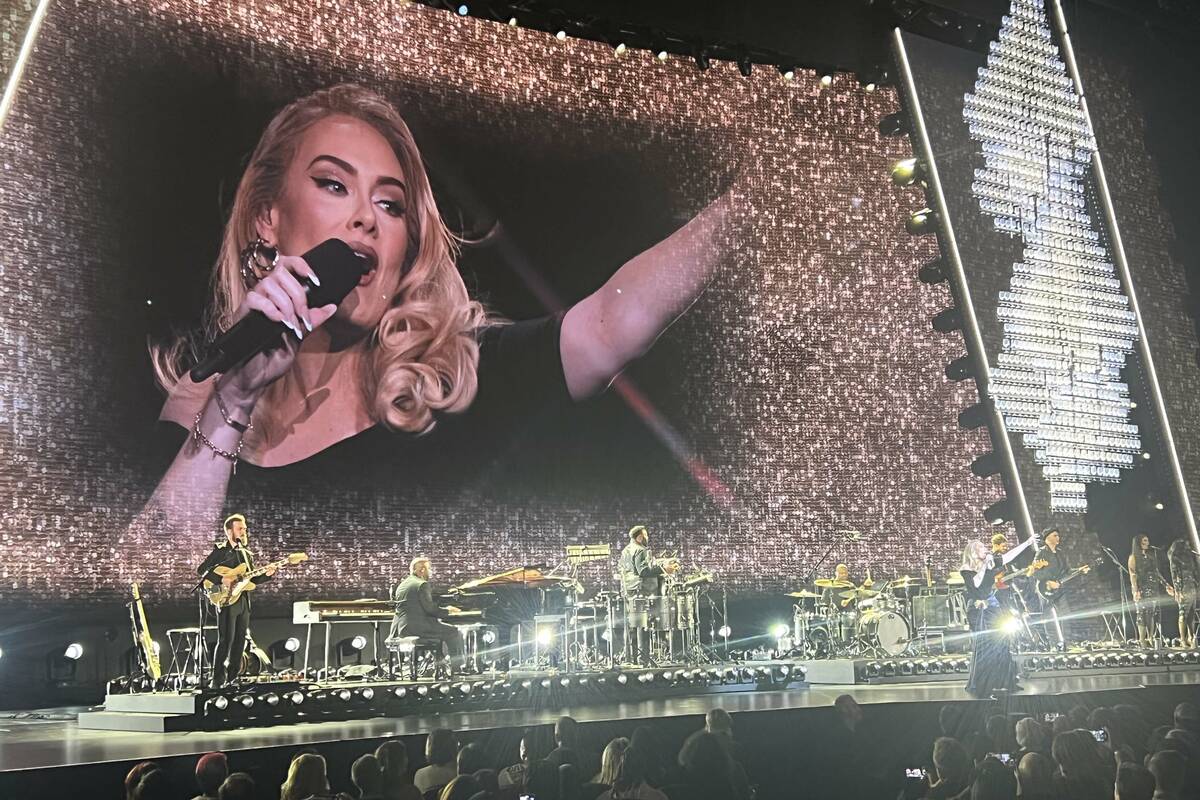 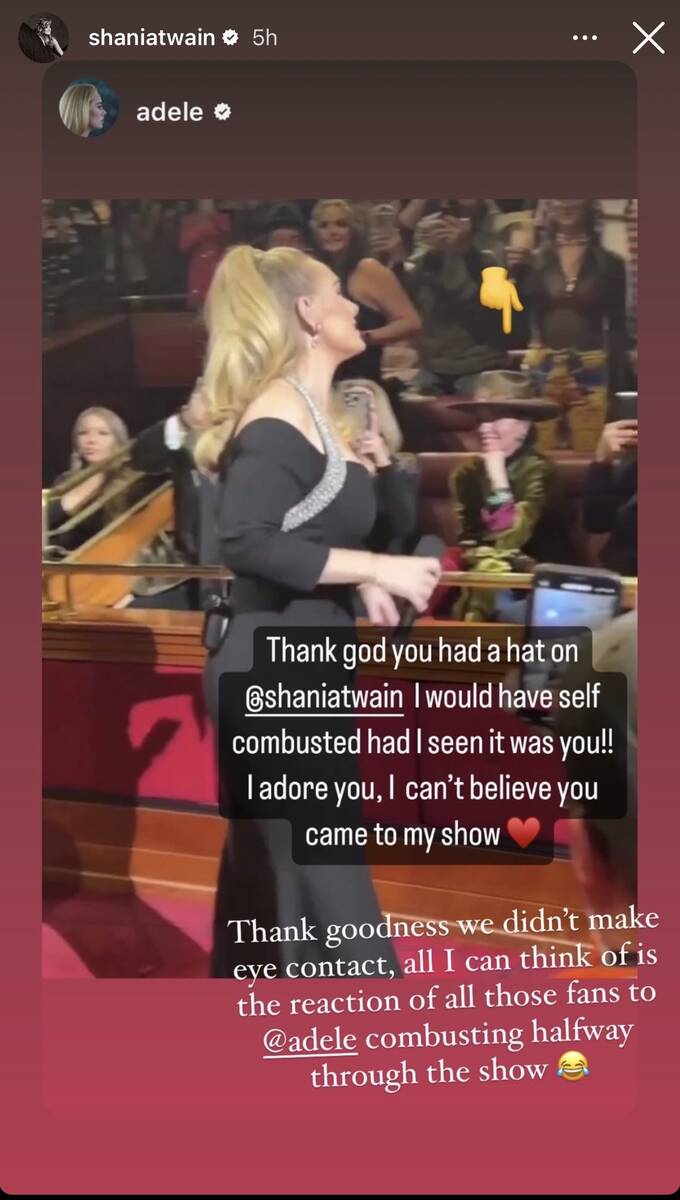 Shania Twain is one of the more recognizable people in all of entertainment. Unless she’s in a cowboy hat, in the crowd, at an Adele show.

Twain dropped into “Weekends With Adele” at the Colosseum at Caesars Palace on Friday night. But it wasn’t until hours after that Adele realized Twain was even in the room.

“Thank god you had a hat on @shaniatwain I would have self combusted had I seen it was you!! I adore you. I can’t believe you came to my show,” Adele posted a still on her Instagram story feed, showing Twain seated in the VIP section.

Twain responded on her own IG feed, “Thank goodness we didn’t make eye contact all I can think of is the reaction of all those fans to @adele combusting halfway through the show.”

As it was, the only combustion was Adele’s Yamaha piano overtaken by flames during “Set Fire to The Rain.”

Twain has headlined at the Colosseum from 2012-2014, and Zappos Theater from 2019 through this past September. She is the first current or former Colosseum headliner to attend Adele’s show in Vegas. More are expected to follow, as “Weekends” is a place to be seen.

And, Twain ventured across the Strip to Wynn/Encore during her holiday trip to town. She posted a photo on Thanksgiving, as she posed in front of Encore’s multicolored, 16-foot-tall “Smiling King Bear” sculpture by the contemporary Spanish artist Okuda San Miguel.

“I’m feeling very grateful for everything happening right now,” Twain posted, as she preps for her upcoming “Queen Of Me” world tour. The series opens April 24 in Spokane and end Sept. 28 in Leeds in the U.K. No Las Vegas dates are scheduled.