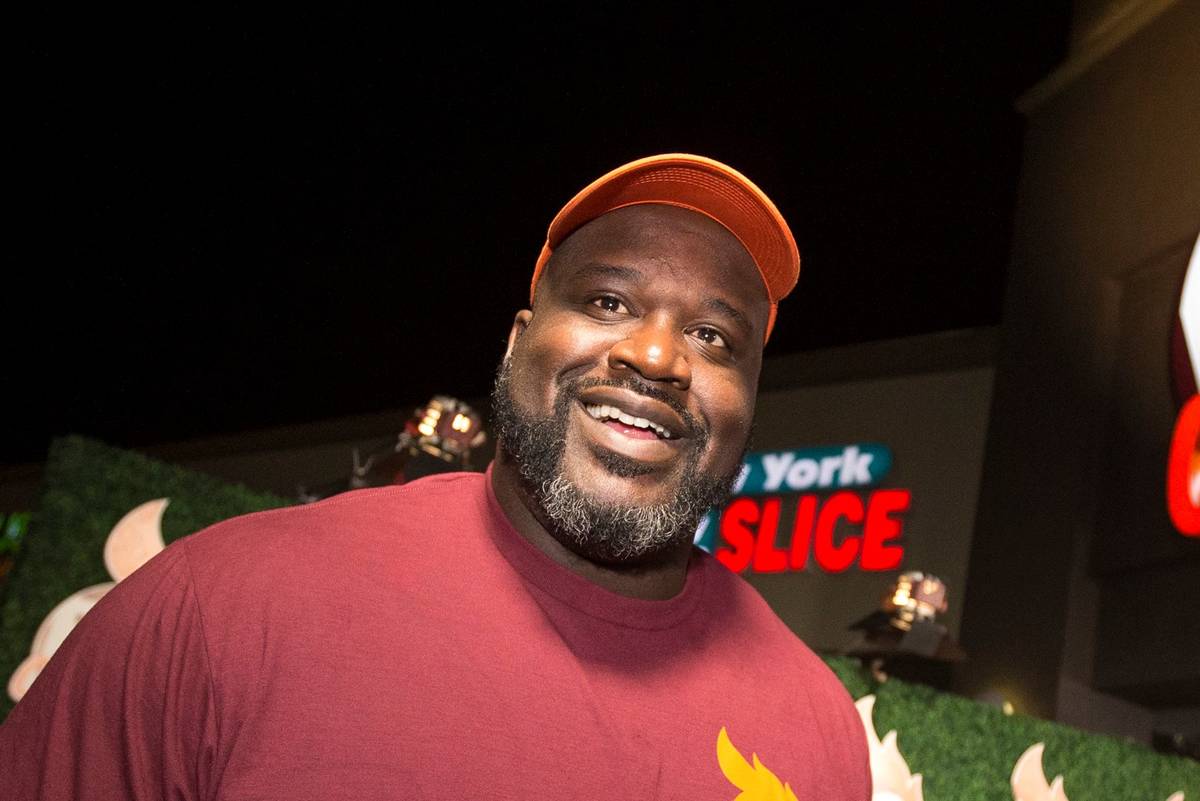 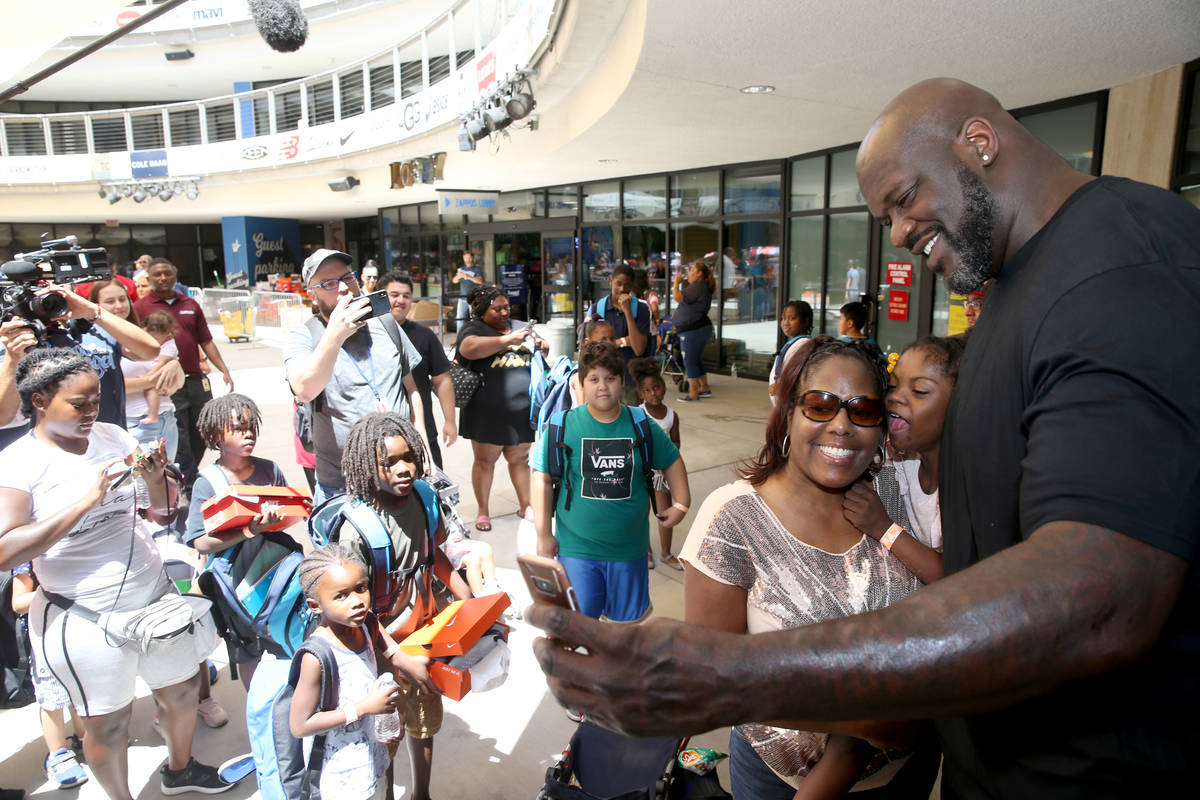 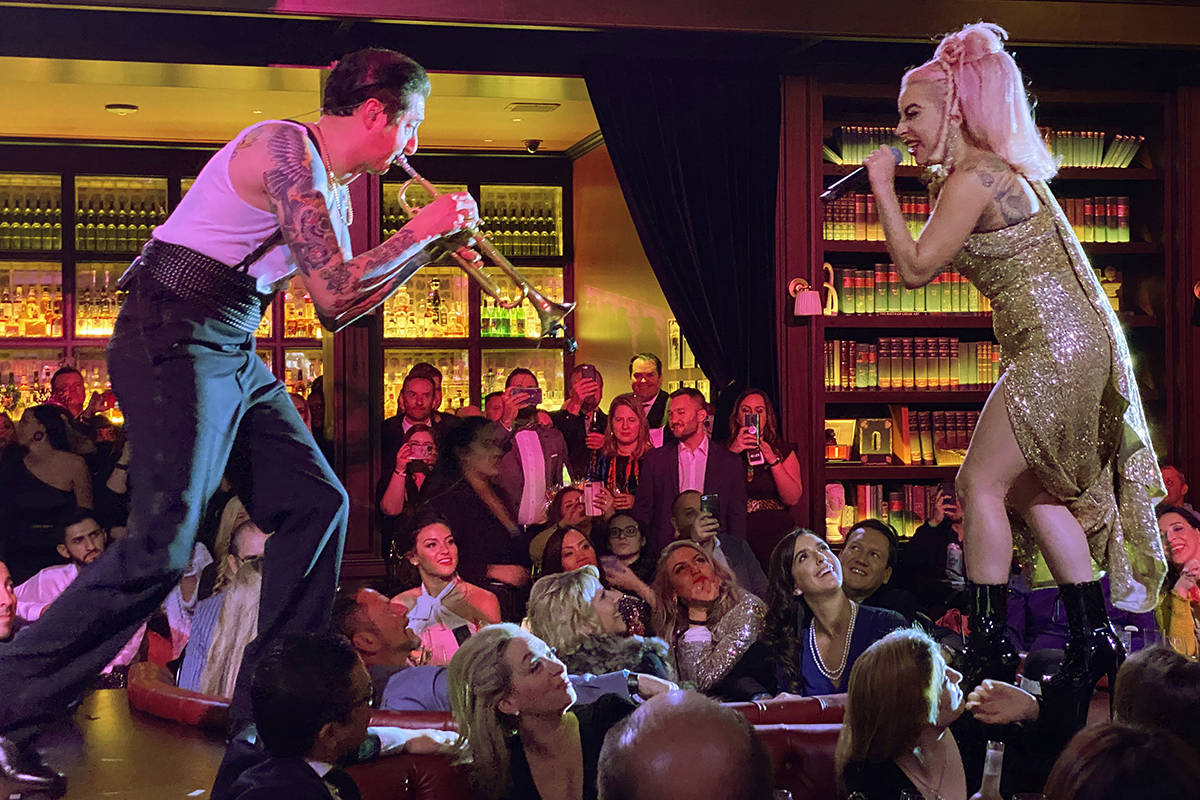 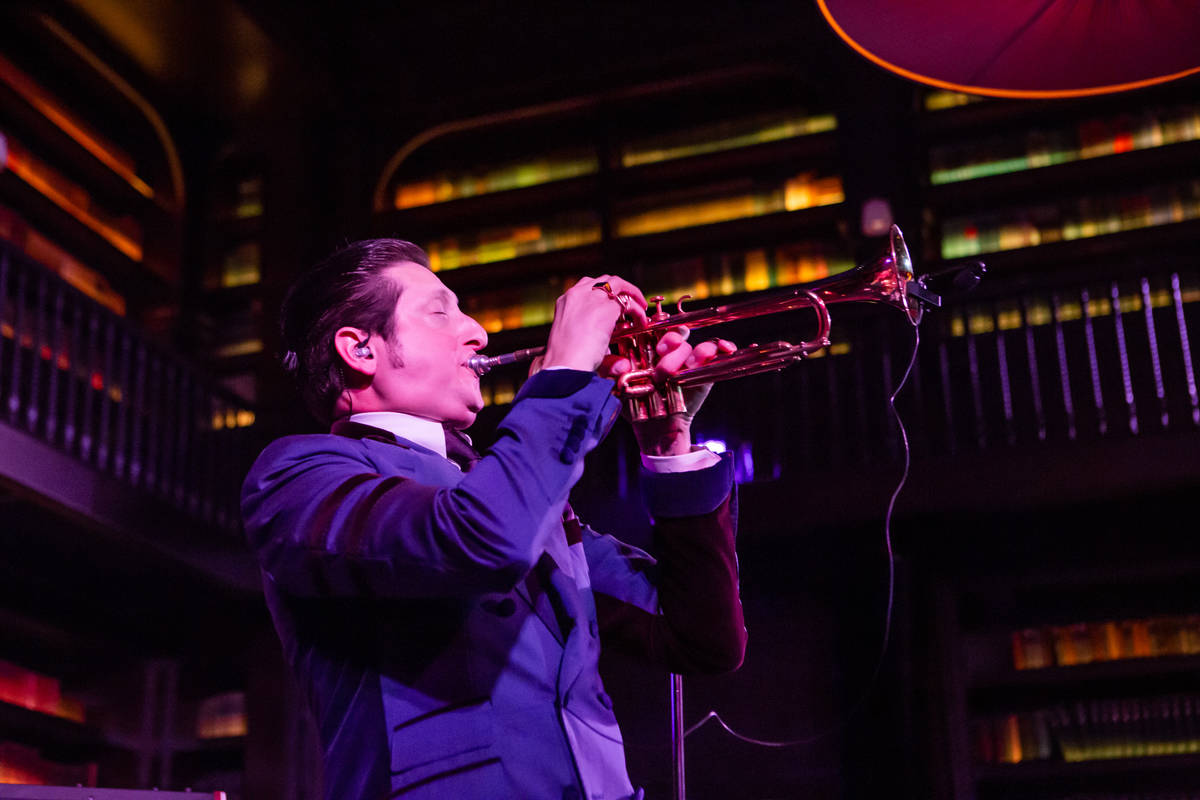 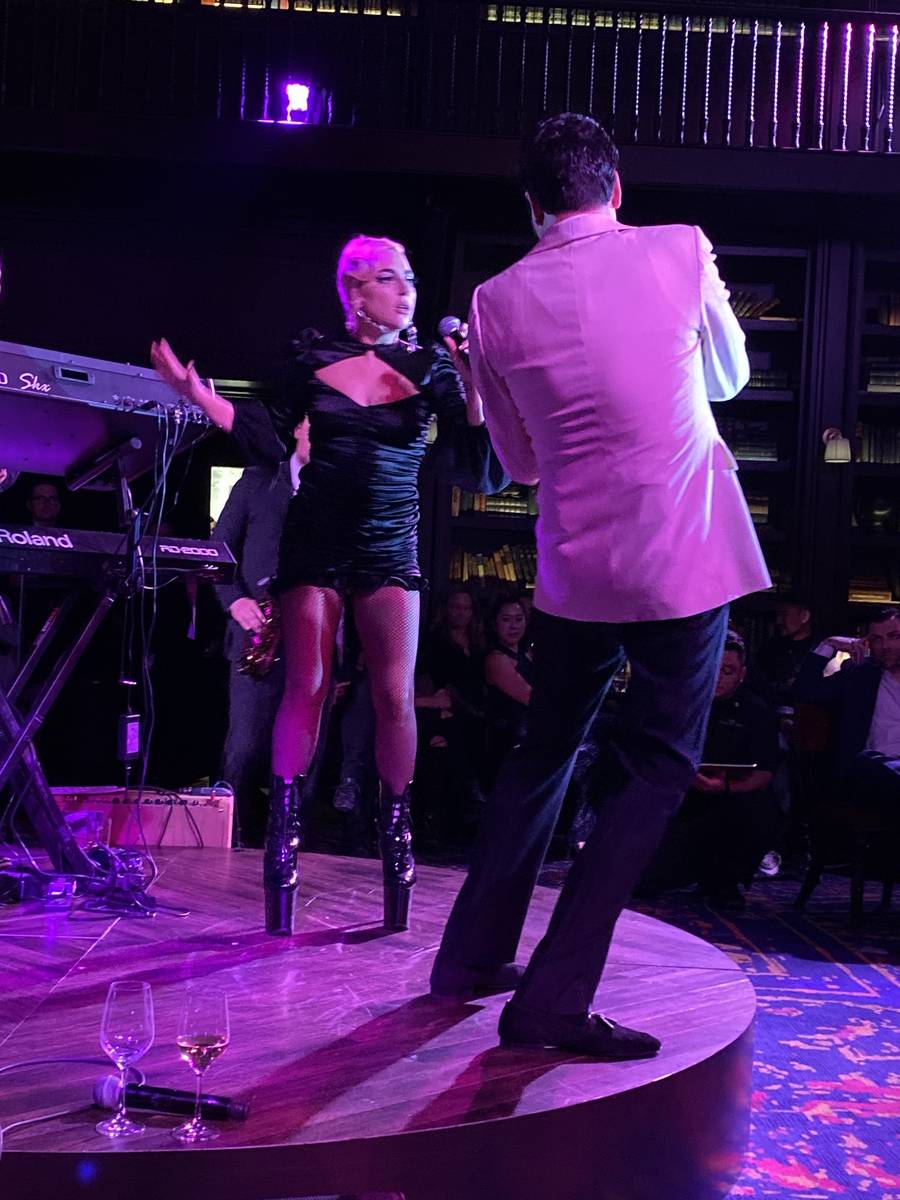 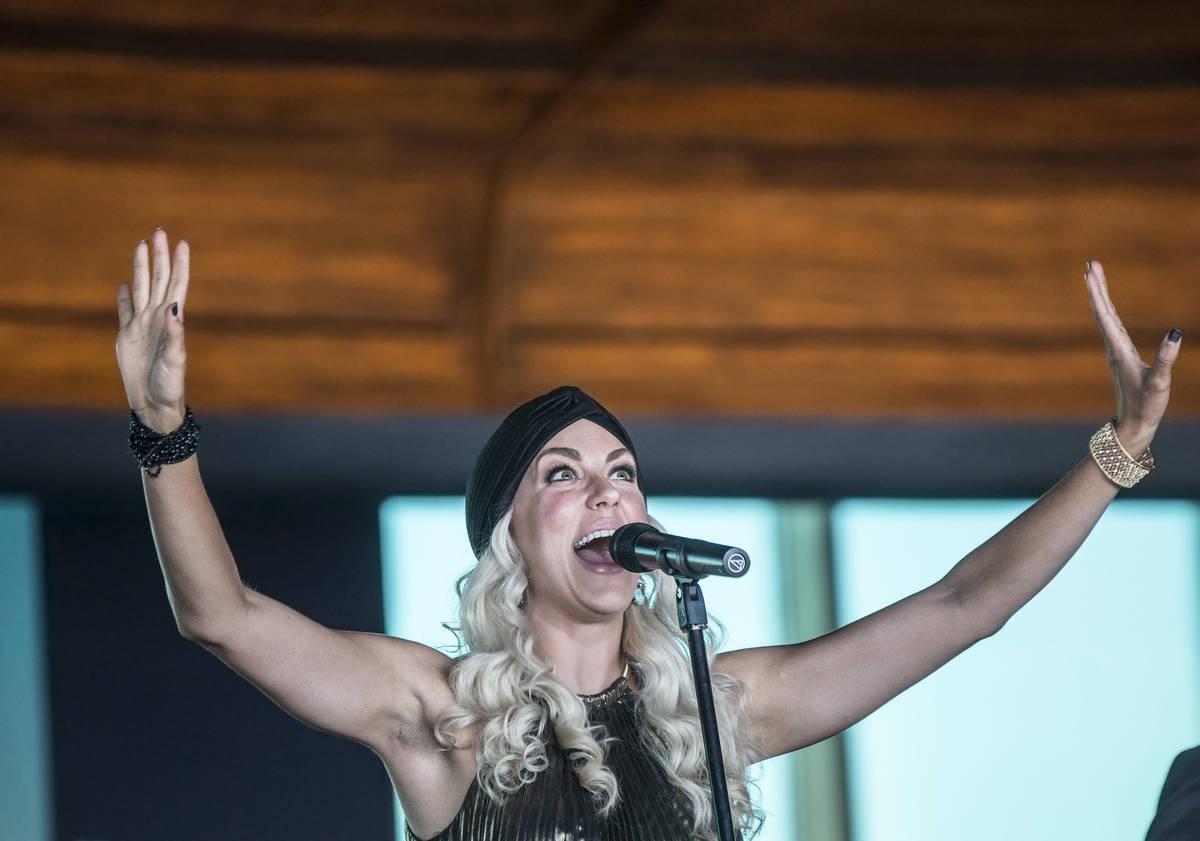 Savannah Smith of The Moonshiners performs "All About the Bass" during For the Love of Cocktails charity event for breast cancer on Friday, May 19, 2017, at Skyfall Lounge, at the Delano hotel-casino, in Las Vegas. (Benjamin Hager/Las Vegas Review-Journal @benjaminhphoto) 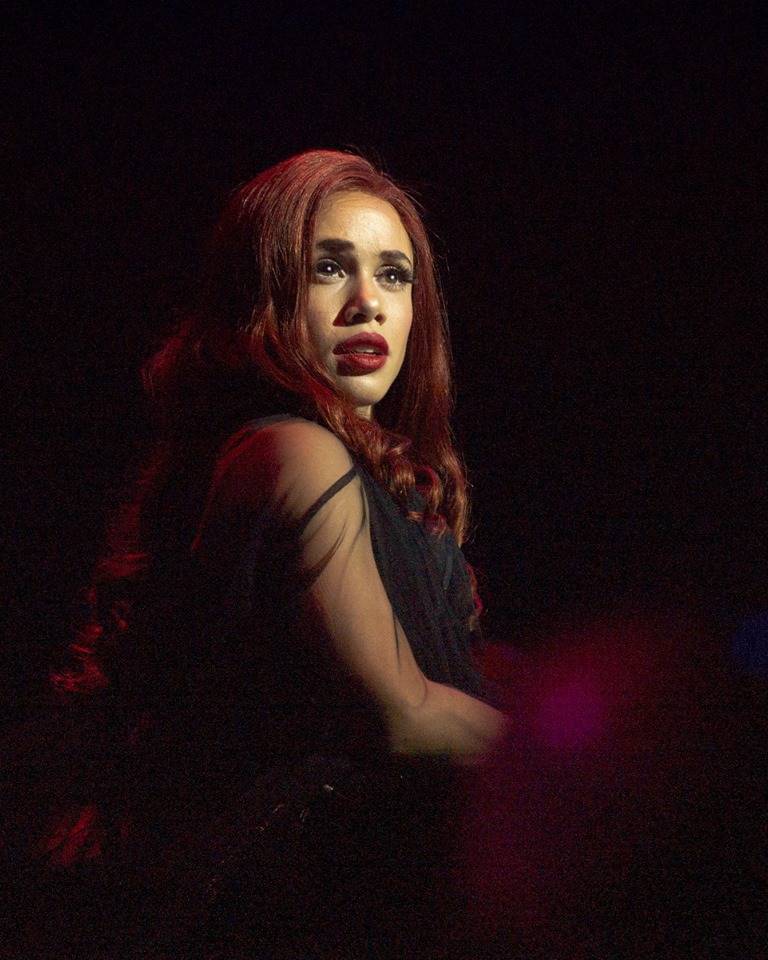 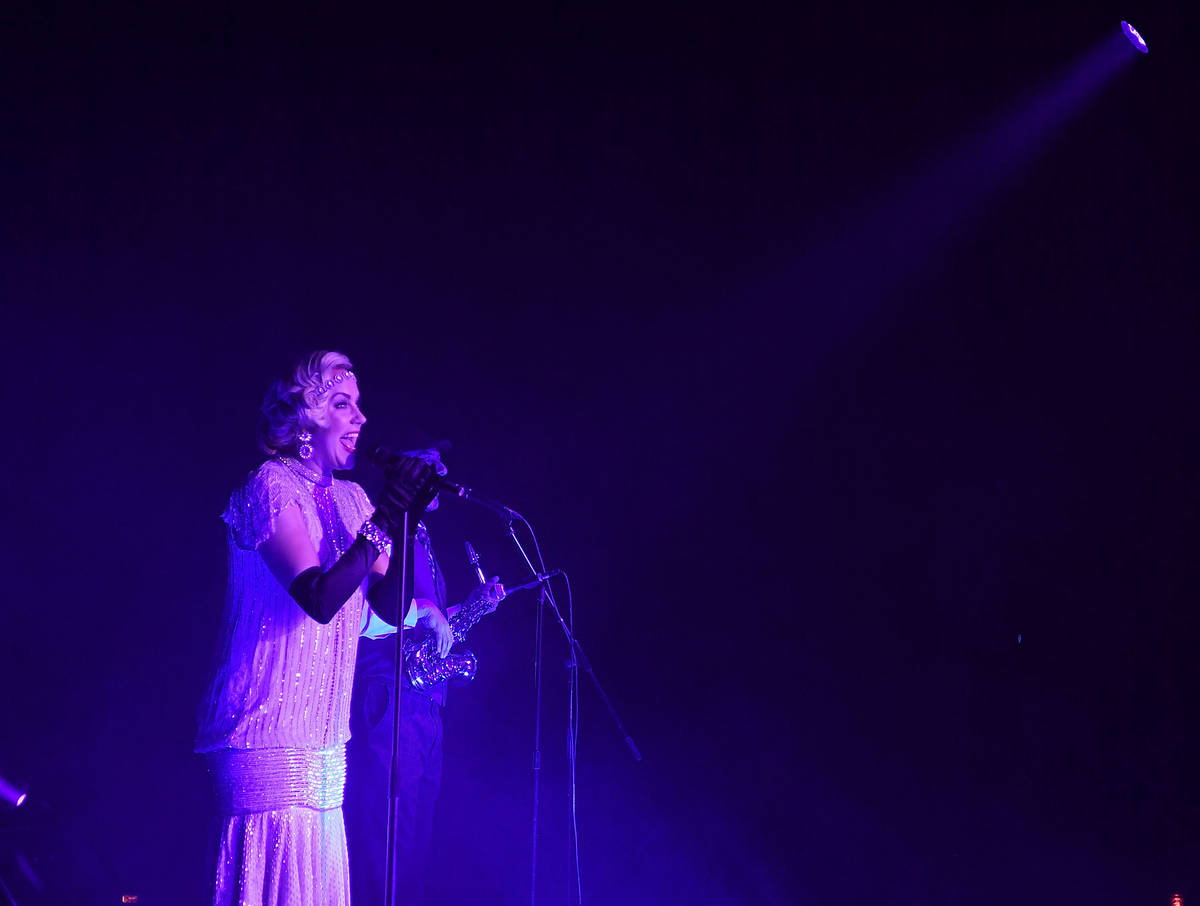 The Moonshiners perform during the grand opening of The Space, the new home of "Mondays Dark," on Thursday, Jan. 5, 2017, in Las Vegas. (Denise Truscello/WireImage)

Shaq doesn’t do “small” too well, as his upcoming Vegas venture reminds.

The 7-feet-1 inch, four-time NBA champion and Las Vegas resident is hosting “The Event,” the first fundraising gala for The Shaquille O’Neal Foundation, at MGM Grand Garden. The shindig is set for Oct. 2.

The Shaq Foundation supports under-served youths, partnering with the like-minded Boys & Girls Clubs and Communities in Schools organizations. General-admission concert tickets are open to the public, ranging from $125-$300 (go to AXS.com/ShaqEvent2021). Table sponsorships for the private event range from $10,000-$75,000.

Shaq, also an NBA analyst on TNT, is reaching out to individuals and corporations.

“I’m honored to have so many people in the Las Vegas community and beyond join our efforts to help under-served youth.” O’Neal said in a statement. “We are proud to create an inclusive event, one that everyone can be a part of, from the more approachable concert ticket options to the higher-priced table sponsorships. Together, we can provide opportunities and resources for the kids who need them the most.”

According to a news release announcing “The Event,” the Shaquille O’Neal Foundation focuses on serving children in Las Vegas and Atlanta. The organization recently announced the opening of the Shaquille O’Neal Boys & Girls Club of Henry County, located just outside of Atlanta.

In 2020, the foundation awarded more than $50,000 in grants to Las Vegas high schools to assist athletic programs impacted by COVID. The foundation has partnered with the city of Las Vegas to refurbish outdoor basketball courts at Doolittle Community Center.

.@johnnykats talks to @SHAQ about expanding his @BigChickenShaq restaurant and his plans for more DJ Diesel shows in Las Vegas pic.twitter.com/YRpAD6QH80

Proceeds from The Event will support similar projects, in addition to initiatives with Communities in Schools and Shaquille’s annual Shaq-a-Claus holiday program, among other initiatives.

O’Neal has a symbiotic charity relationship with Imagine Dragons. He was most recently honorary chairman of the 2019 Imagine Dragons Tyler Robinson Foundation gala at Wynn Las Vegas. That event raised $3.2 million for pediatric cancer.

Last month, O’Neal bought an estate near Wayne Newton’s former Casa de Shenandoah for close to $2 million. He is a partner in the Big Chicken restaurant on Harmon Avenue and Paradise Road, across from Virgin Hotels Las Vegas. And, under the moniker DJ Diesel, Shaq is a headlining DJ for Wynn Nightlife at Encore Beach Club.

Brian Newman warmed up for his Thursday night return of “After Dark” to NoMad Library with a blow-out show at the Fine and Rare supper club and jazz hang in New York on Thursday night. The gig was set after Newman played in the 40-piece orchestra for Lady Gaga and Tony Bennett at Radio City Music Hall. It was the second of two concerts celebrating Bennett’s 95th birthday.

The shows sold out, quick, at 6,000 ticket-holders who were required to show proof of COVID vaccination. The Gaga-Bennett collab soared, drawing (by Vulture’s count) 27 standing ovations.

Gaga, Jon Batiste (music director for “The Late Show With Stephen Colbert”) and Gaga’s music director Michael Bearden were among those who performed in the late-night show that followed. Newman had his regular band of Alex Smith, Steve Koryka, Nolan Byrd and Daniel Foose played through the night.

That crew, along with singer Jaclyn McSpadden and Newman’s burlesque-star wife, Angie Pontani, are prepping for Thursday’s return. Gaga’s guitarist Tim Stewart, who has performed with Jennifer Lopez, Janet Jackson, Britney Spears and Rihanna, is also in for the first six shows.

Maybe we’ll have a unicyclist juggling hubcaps, a stilt artist spraying seltzer and Jeff Beacher leading a conga line to the bar. Who can predict? The opening dates are Thursday, Friday and Saturday; continuing on to Aug. 19, 20 and 21. Get there at 11 p.m. The show will start minutes later.