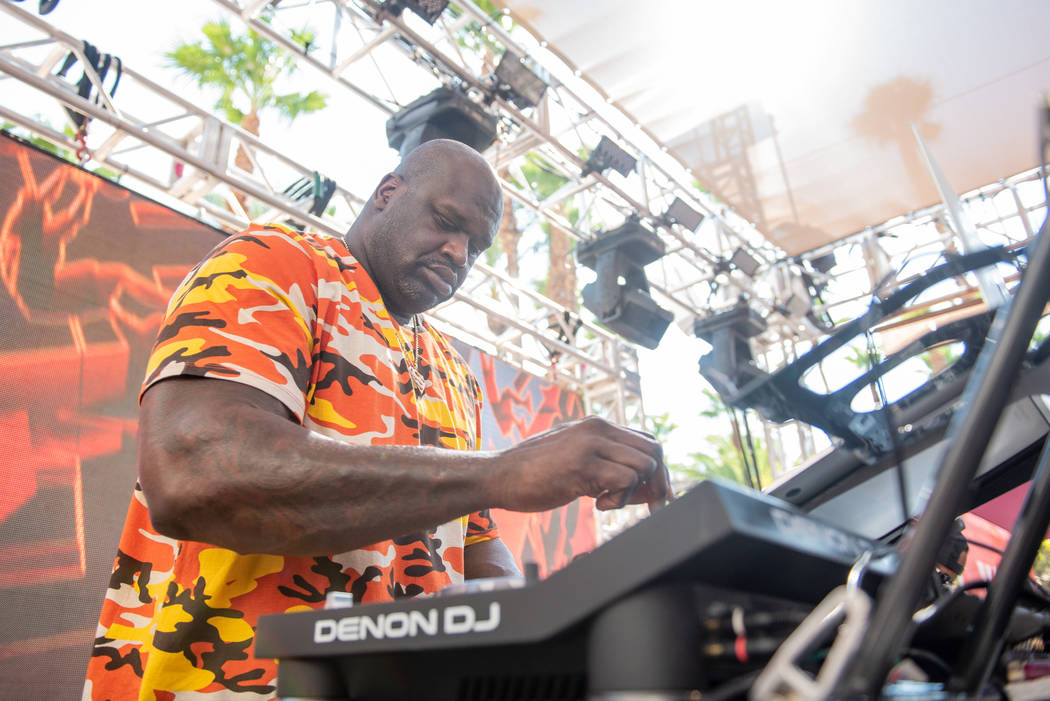 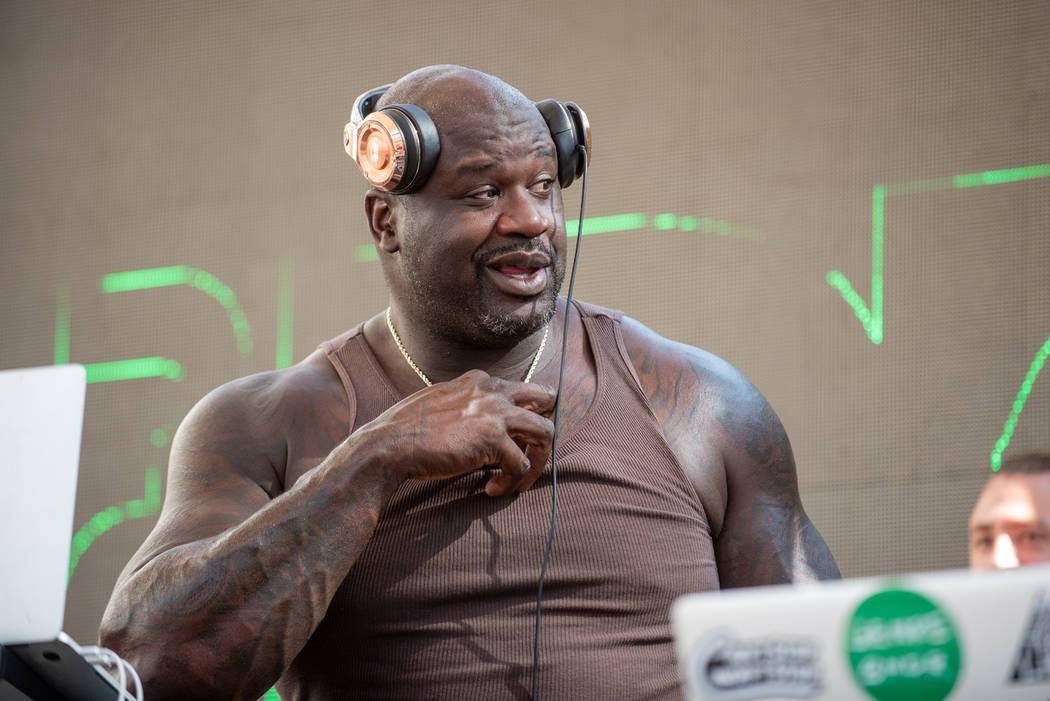 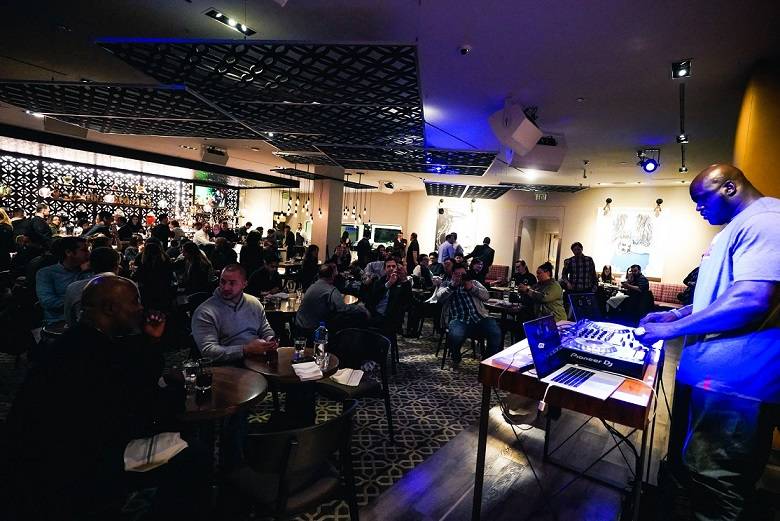 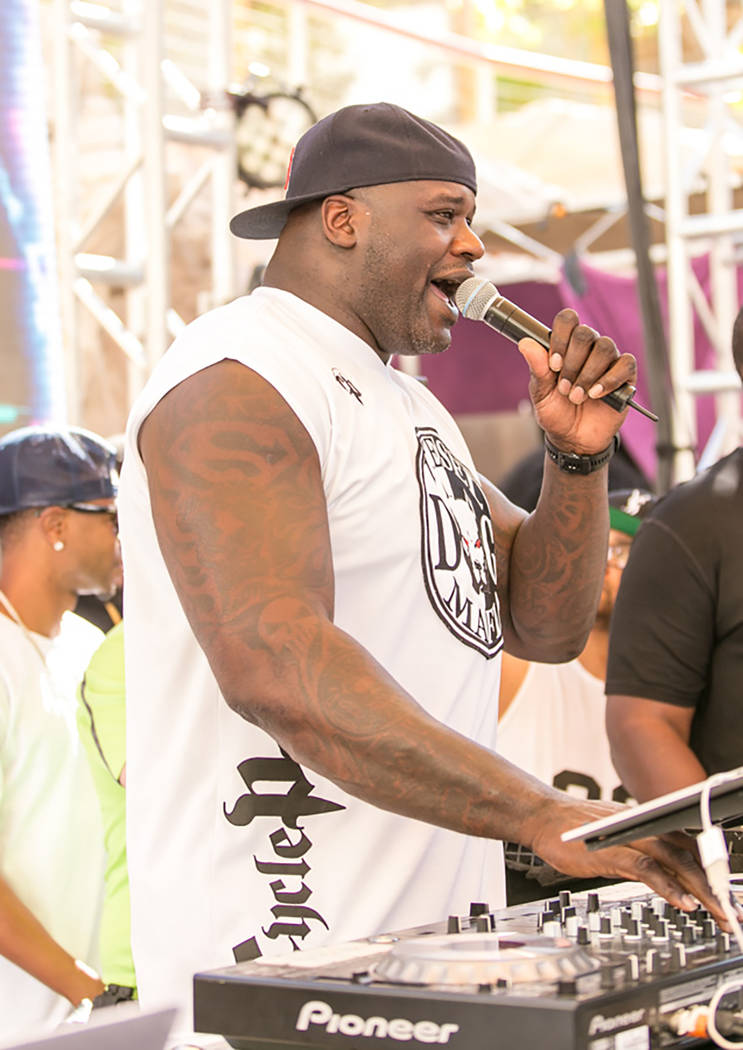 It’s DJ Diesel, for the Wynn.

Shaquille O’Neal, famous NBA superstar, restaurateur and broadcaster, has been added to Wynn Nightlife residency roster for this summer’s pool season. In his towering DJ Diesel stage persona (which is not to be confused with his towering, walking-around persona), O’Neal headlines Encore Beach Club on June 15, July 10 and July 13 (click here for ticket information).

O’Neal has previously performed at such party places as the now-defunct Rehab at Hard Rock Hotel, and Alexxa at Paris Las Vegas, where he is an investment partner.

During the opening of his Big Chicken restaurant on Harmon Avenue in October, O’Neal promised to return his DJ Diesel stage act to Las Vegas. “I have a lotta shows coming up,” he said while walking the restaurant’s orange carpet.

The 7-feet-1 inch Basketball Hall of Famer is on TNT’s “Inside the NBA” postgame-show panel along with host Ernie Johnson and ex-NBA stars Kenny Smith and Charles Barkley. O’Neal has also released four rap albums. The first, “Shaq Diesel,” went platinum with one million units sold.