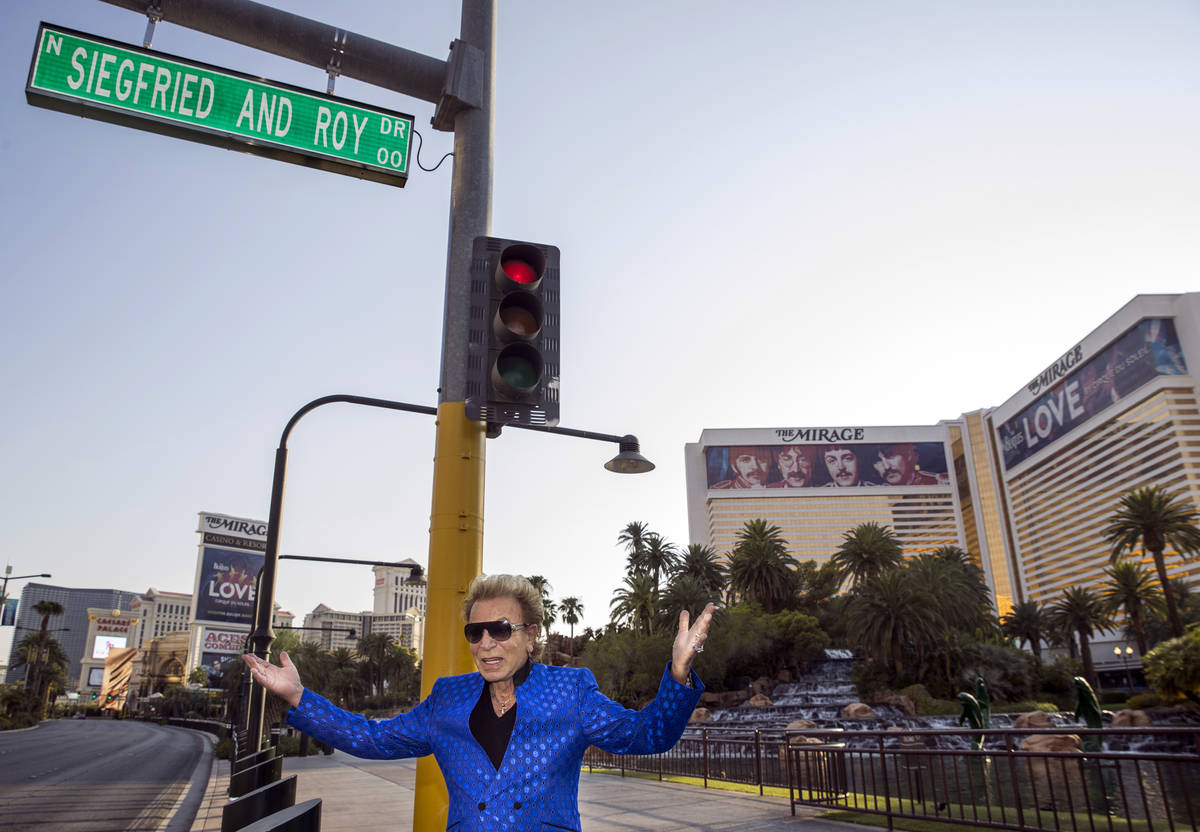 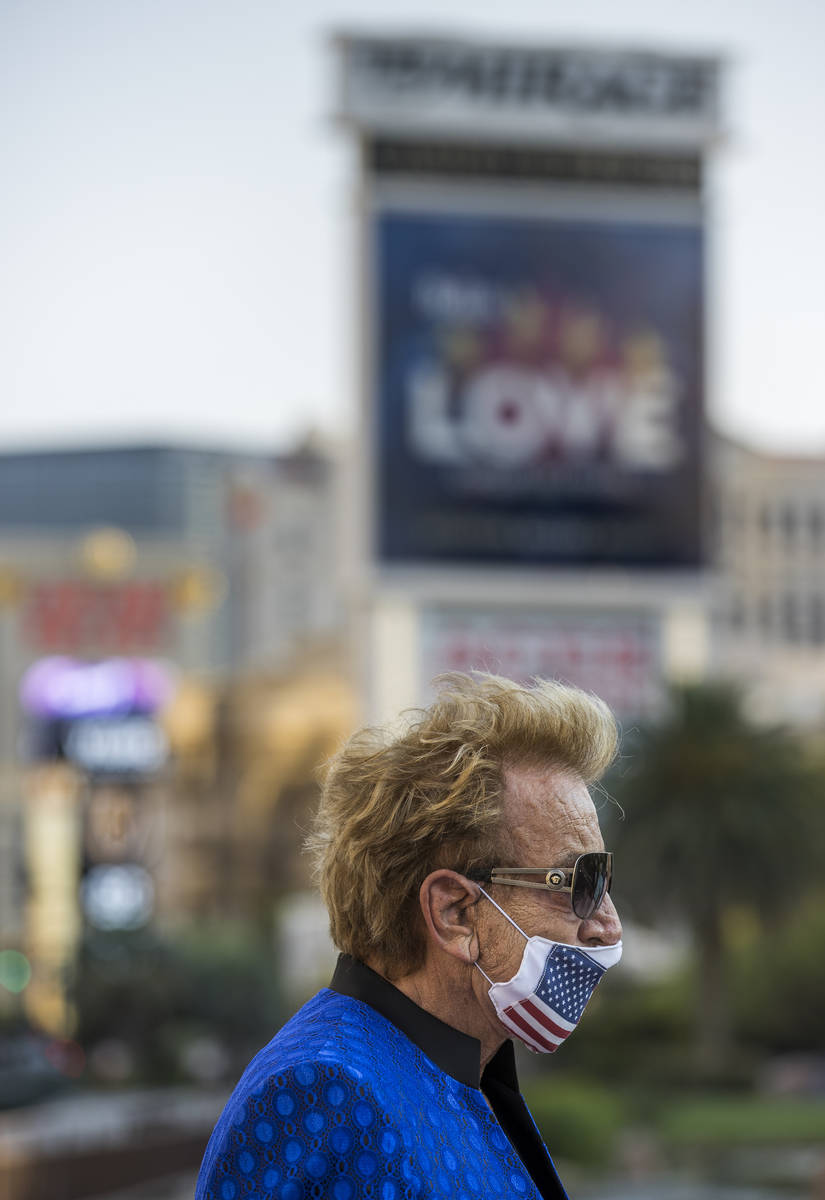 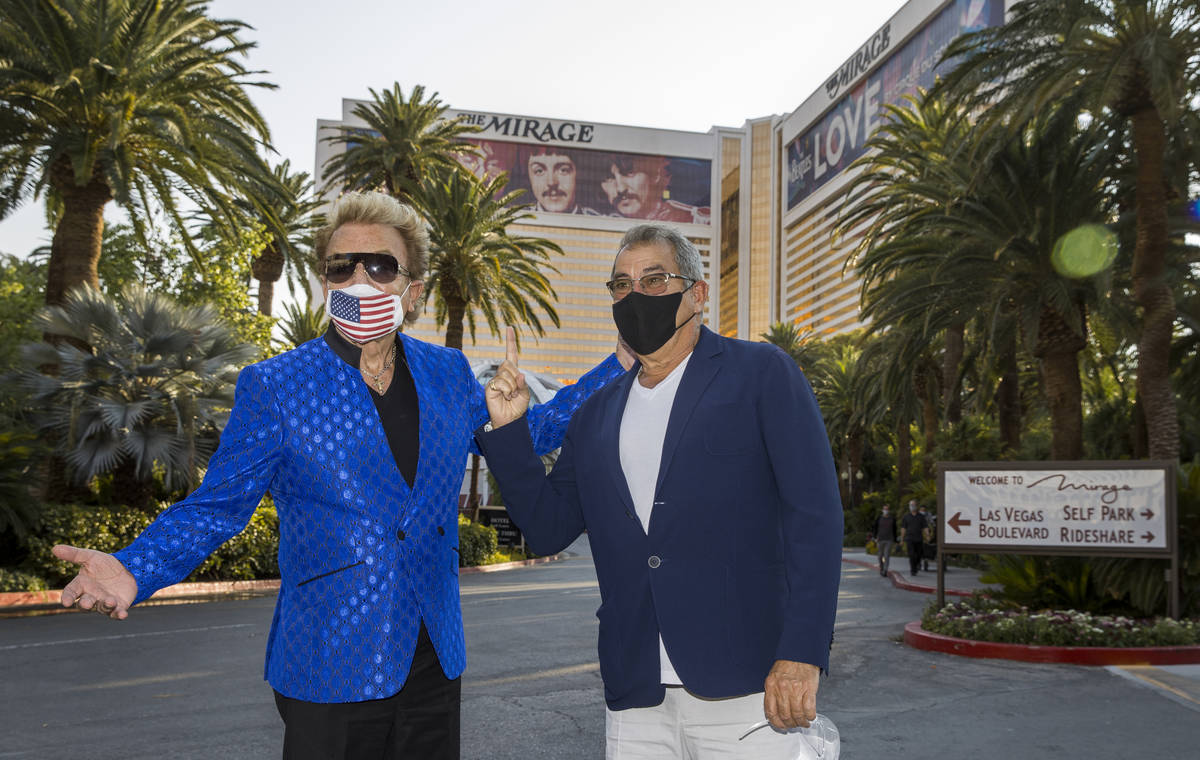 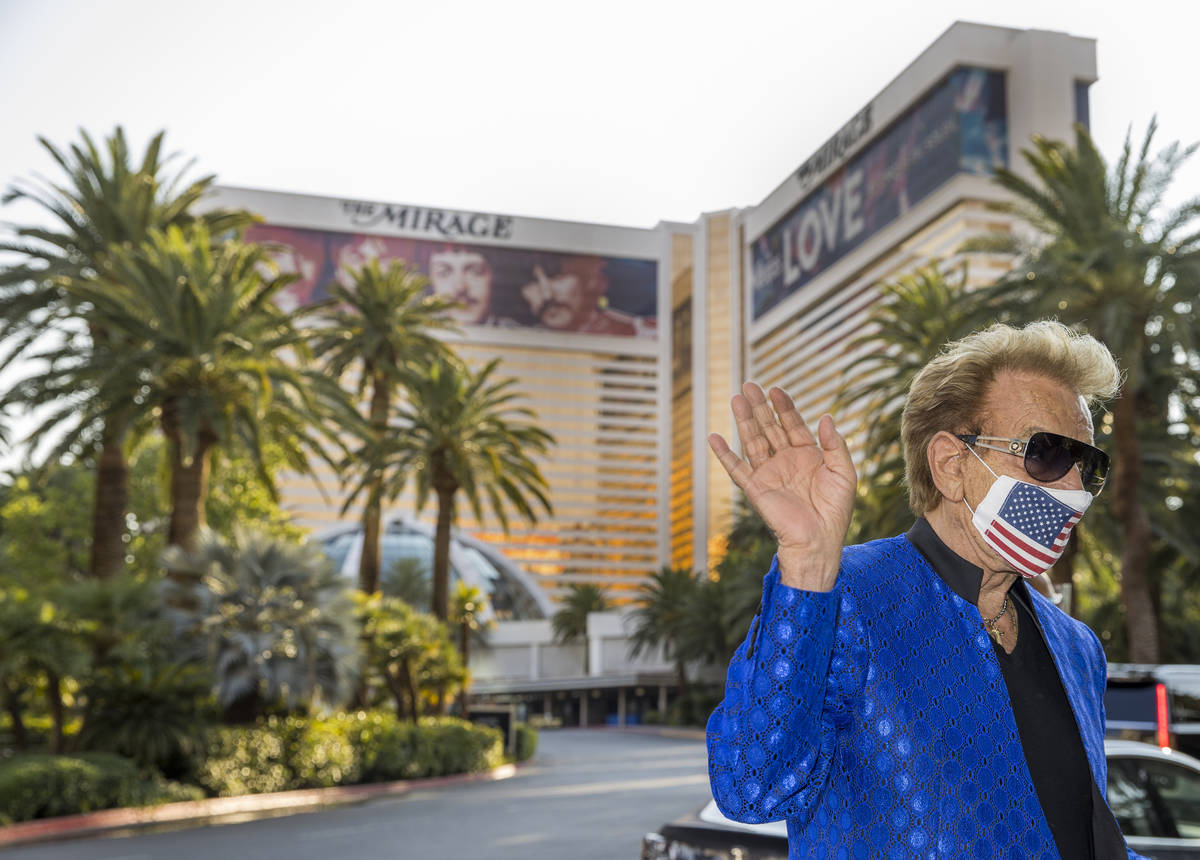 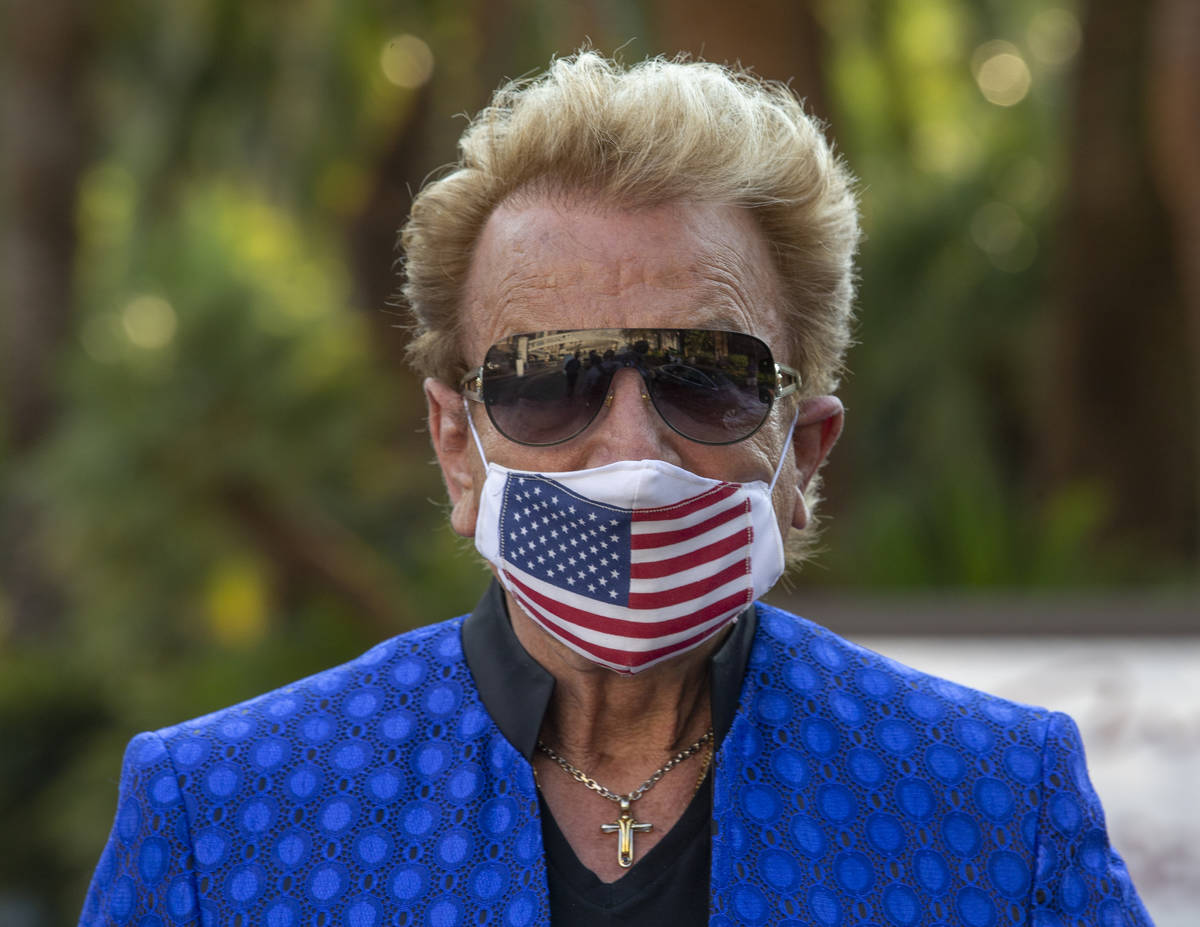 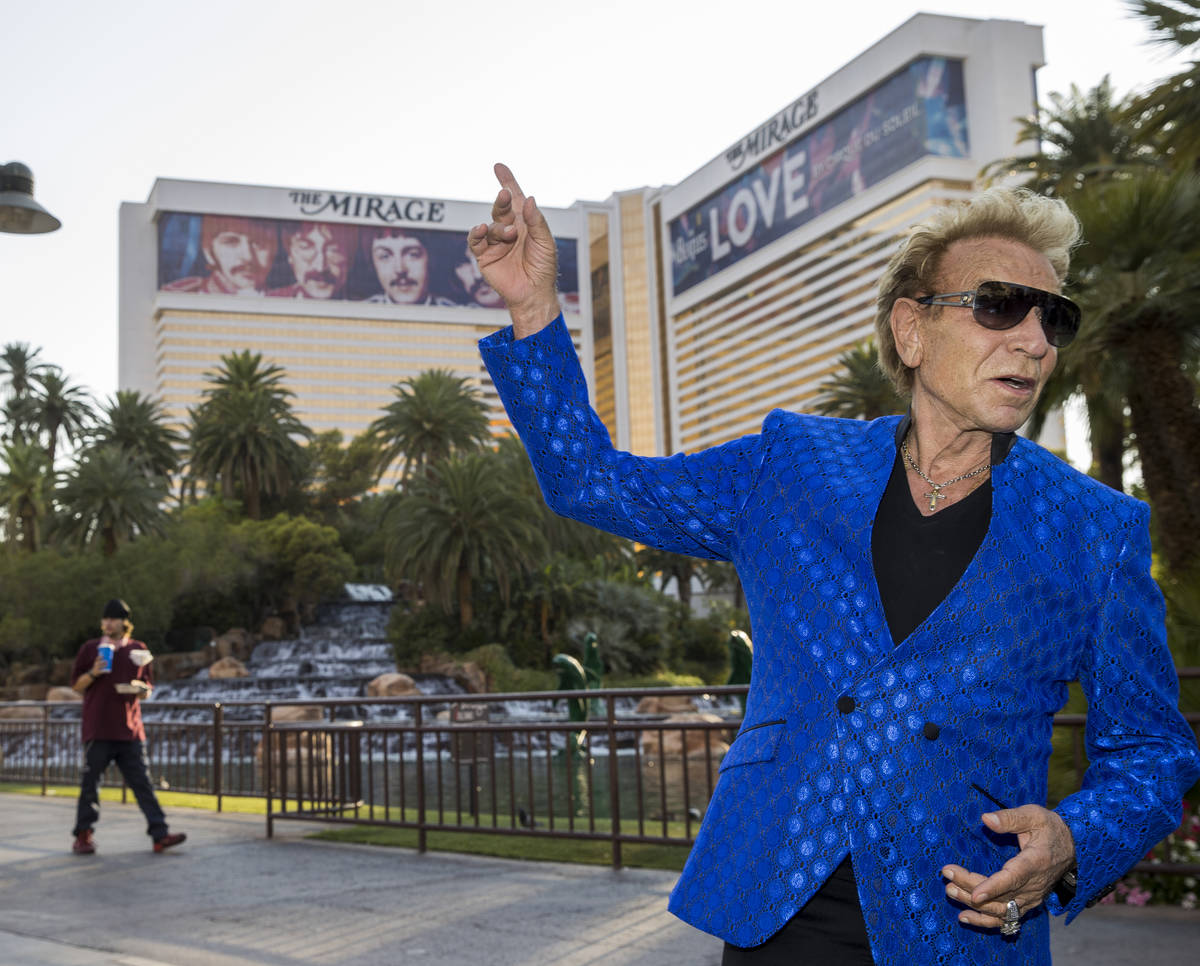 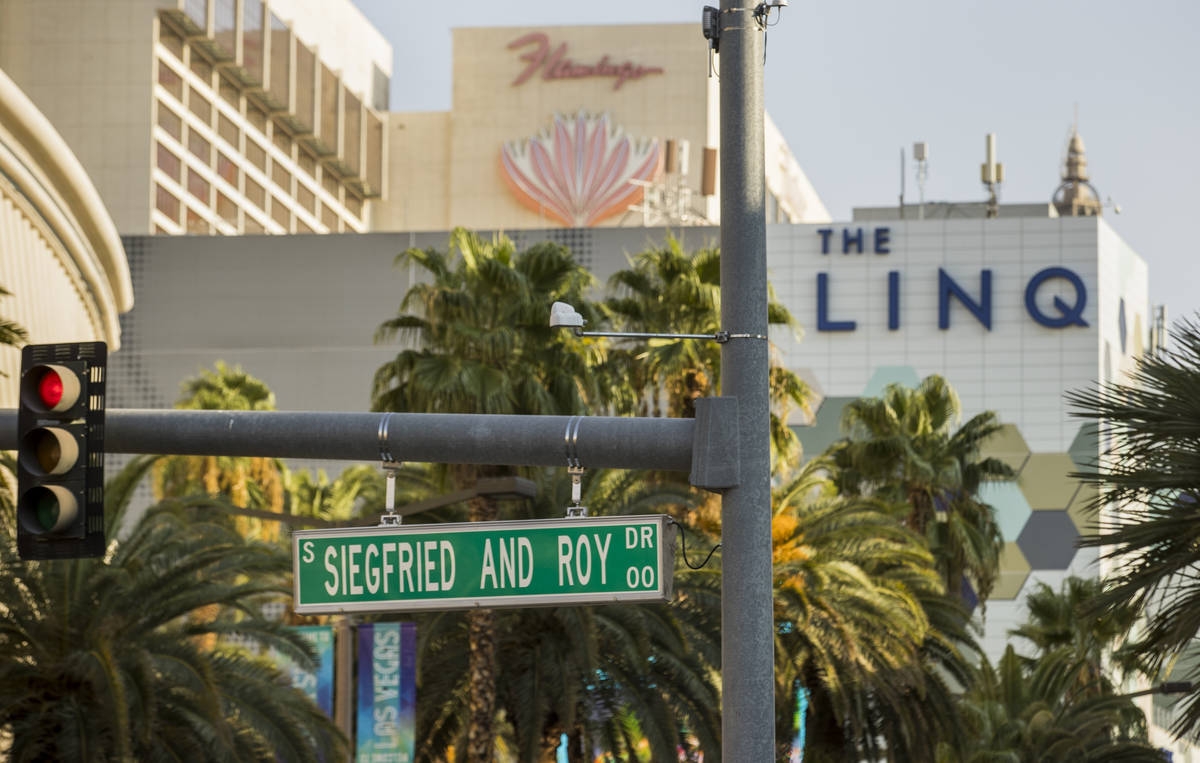 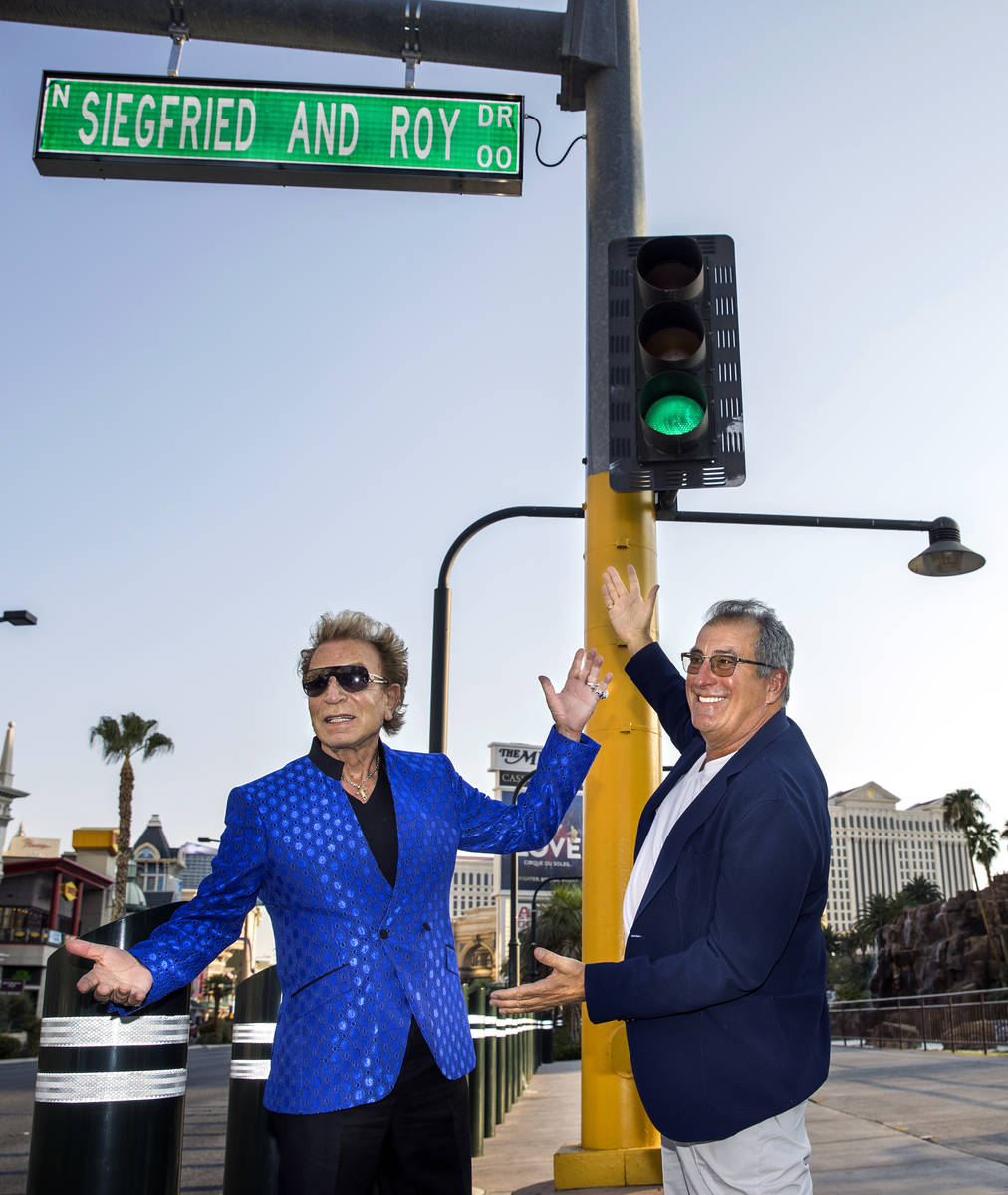 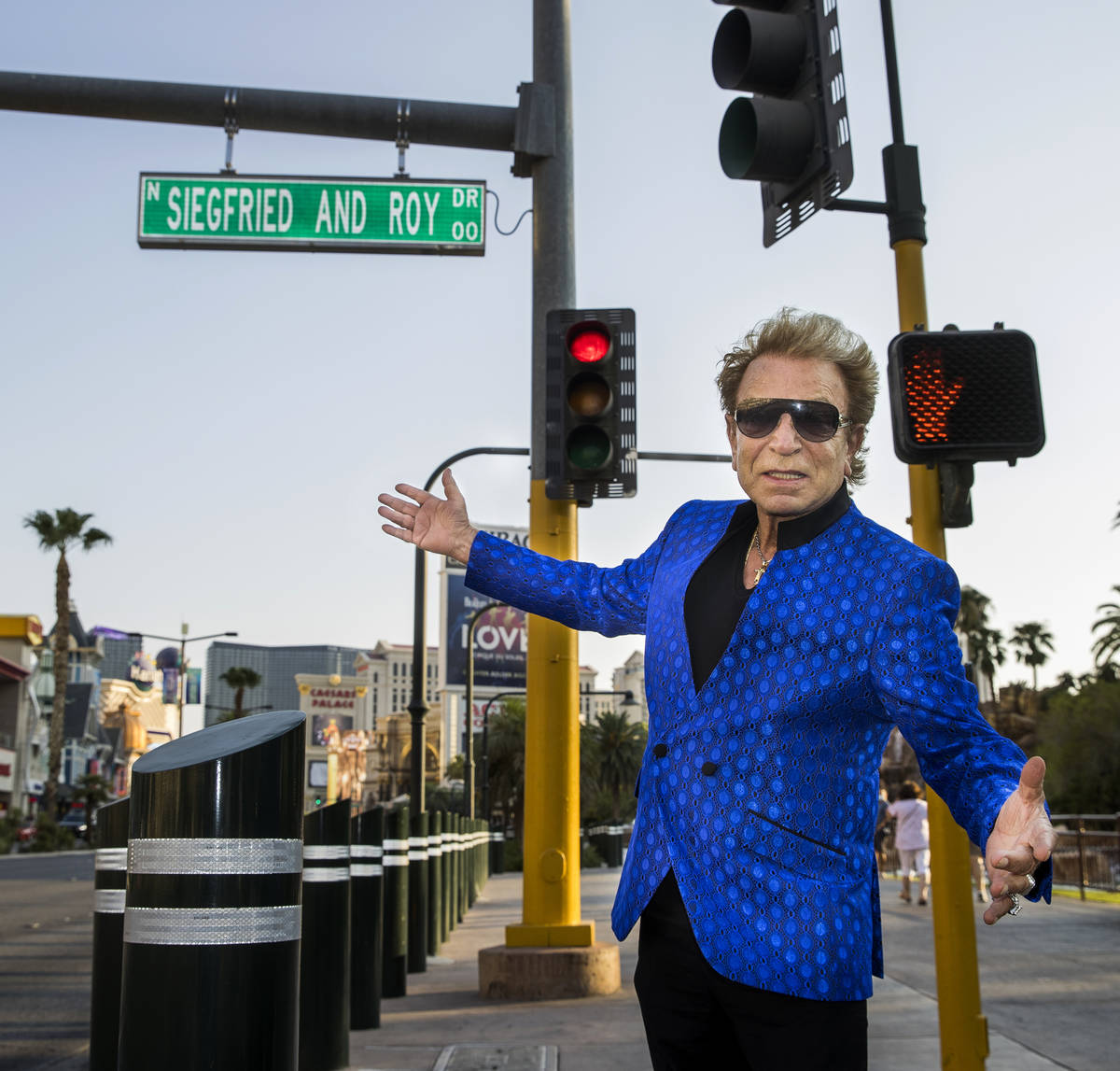 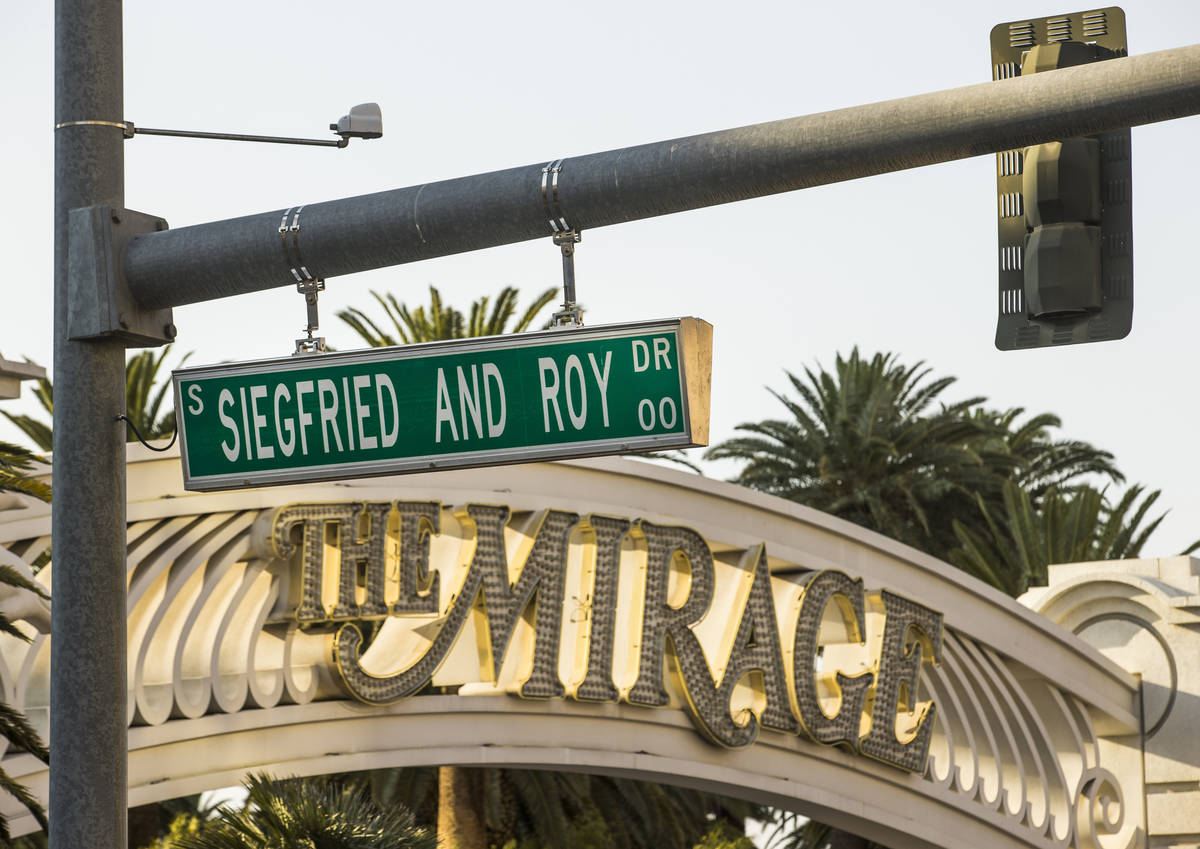 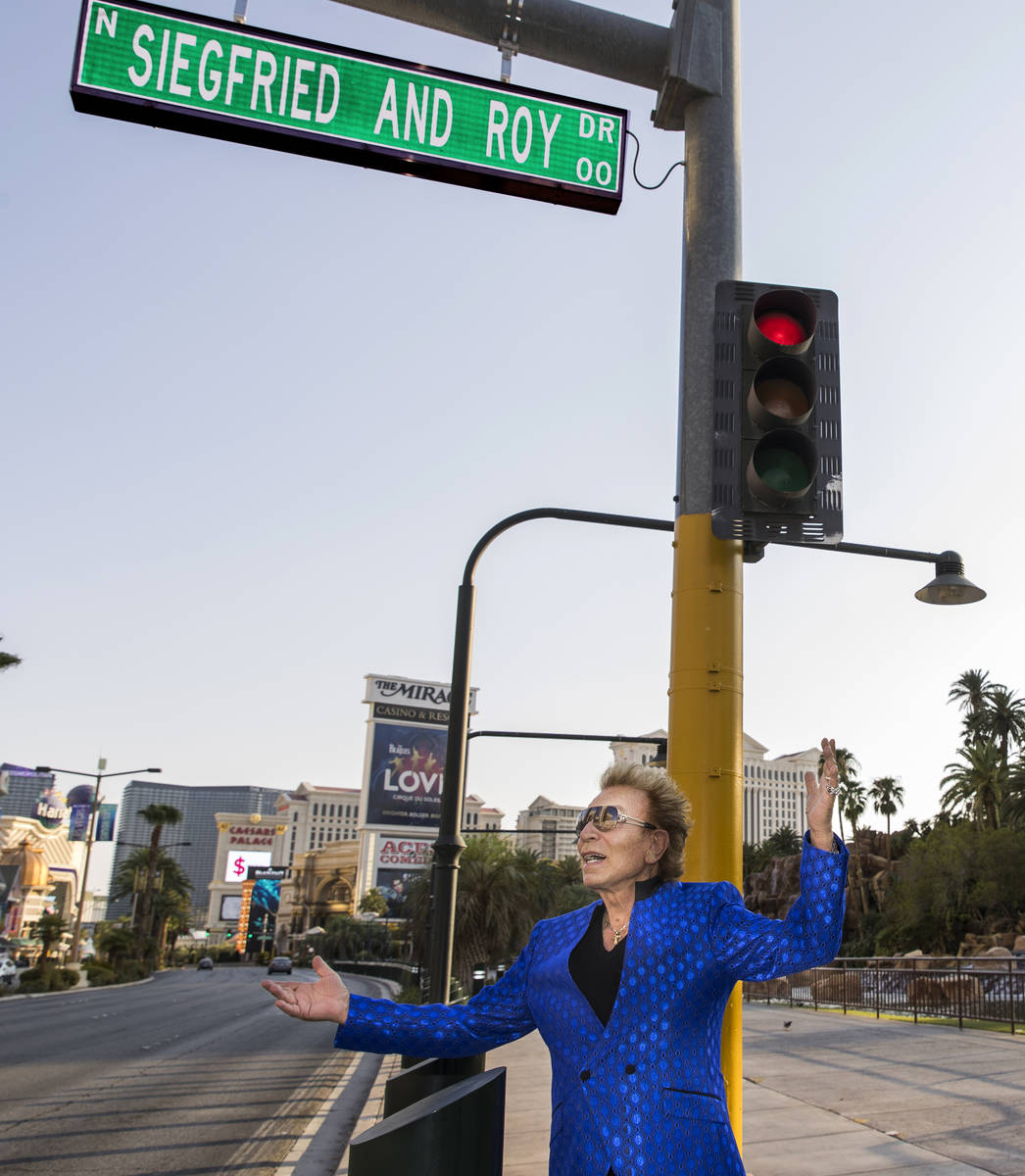 Roy Horn wanted to live out his last days at Little Bavaria, the 100-acre Las Vegas oasis he shared with Siegfried Fischbacher.

“He told me, one night as we were having dinner, ‘You know, if something happens to me, don’t take me to the hospital,’” Siegfried said Wednesday at the Mirage, where the legendary entertainers have been honored with the opening of Siegfried And Roy Drive, leading into and out of the hotel’s main entrance. “If you do, I know I’m not going to come back.”

Horn was already suffering symptoms of COVID-19. Within two weeks he was on a stretcher and leaving the Little Bavaria estate for the last time. Horn would die because of virus-related complications on May 8, at the age of 75.

“I get dressed, I come out and there he is, on a stretcher. After all this, I did not know what to say. … But we have to go to the hospital, where there is the right equipment.”

Horn was wheeled past the duo’s collection of crosses and Buddhas, into an awaiting ambulance, bound for MountainView Hospital.

“He looks at me and … I’m sorry,” Siegfried continued, pausing as his voice faltered. “But as they were putting him into the ambulance, he said, ‘Don’t let me go, don’t let me go.’”

Siegfried was not in the same room again with his performing partner, life companion and closest friend of more than 60 years.

“The doctor says, ‘We have to take him, we have to,’ and I wanted to go with him, but they said nobody is allowed to be with him in the hospital. But that was the last thing he said to me, ‘Don’t let me go.”

Siegfried exhaled after the retelling, as if shedding a great weight. He said he had a final wave goodbye, from behind a window in Roy’s ICU bed, a couple of days before he passed.

“Sometimes I feel alone, at Little Bavaria, but I think of him being there, his smile, and he is with me,” Siegfried said. “Everywhere I go, he is there, everywhere I turn, he is with me. Everything we had built there is built for us.”

Siegfried said the duo had been informed early this year, before the COVID-19 shutdown, they would be honored with a sign leading into the hotel. There are already memorialized with busts facing the Strip.

“You know how grateful we are, and (Thursday) the Mirage opens up again, with the Secret Garden and Dolphin Habitat,” Siegfried said. “I will be there again with all of the people all over the world.”

A hit at the Frontier for seven years, S&R’s show was an instant hit at the Mirage. They headlined 5,750 performances prior to Oct. 3, 2003, when Horn was dragged by the tiger Mantecore (then known as Montecore), closing the show immediately. He lived the rest of his life working tirelessly in rehabilitation and making regular personal appearances, including a party for his 74th birthday in 2018, which coincided with the 15th anniversary of the night the show shut down.

In remarks prepared for Mirage’s reopening event Thursday, MGM Resorts Chief Executive Officer Bill Hornbuckle said, “Siegfried and Roy helped us open The Mirage, and it is fitting their legacy helps us reopen today. Their incredible show played a tremendous role in putting The Mirage on the map. Today, we put them on the Las Vegas map, forever.”

Siegfried was joined at the new sign by his friend and the duo’s onetime collaborator, acclaimed director and choreographer Kenny Ortega, who met Siegfried and Roy soon after he produced the opening gala at Bellagio in October 1998. Steve Wynn introduced the two camps.

“We hit it off,” said Ortega, who arrived in a Wynn Las Vegas limo as he is redesigning the Lake of Dreams show at that hotel. “Steve said, ‘Siegfried wants to meet you, they want to talk about the show,’ and that was it, all those years ago. Together, they were one of a kind and this is so right for them.”

Siegfried said Roy’s urn is in the Little Bavaria chapel, where the bells always sounded for the two to share dinner.

“We always had dinner together, and I would share with him my time being in the Secret Garden,” Siegfried said. “One night I told him a girl came up to me in a wheelchair and you know, she couldn’t speak. But I took hold of her and did my thing, with the coin.”