Big 5 on board for Shaq's charity concert 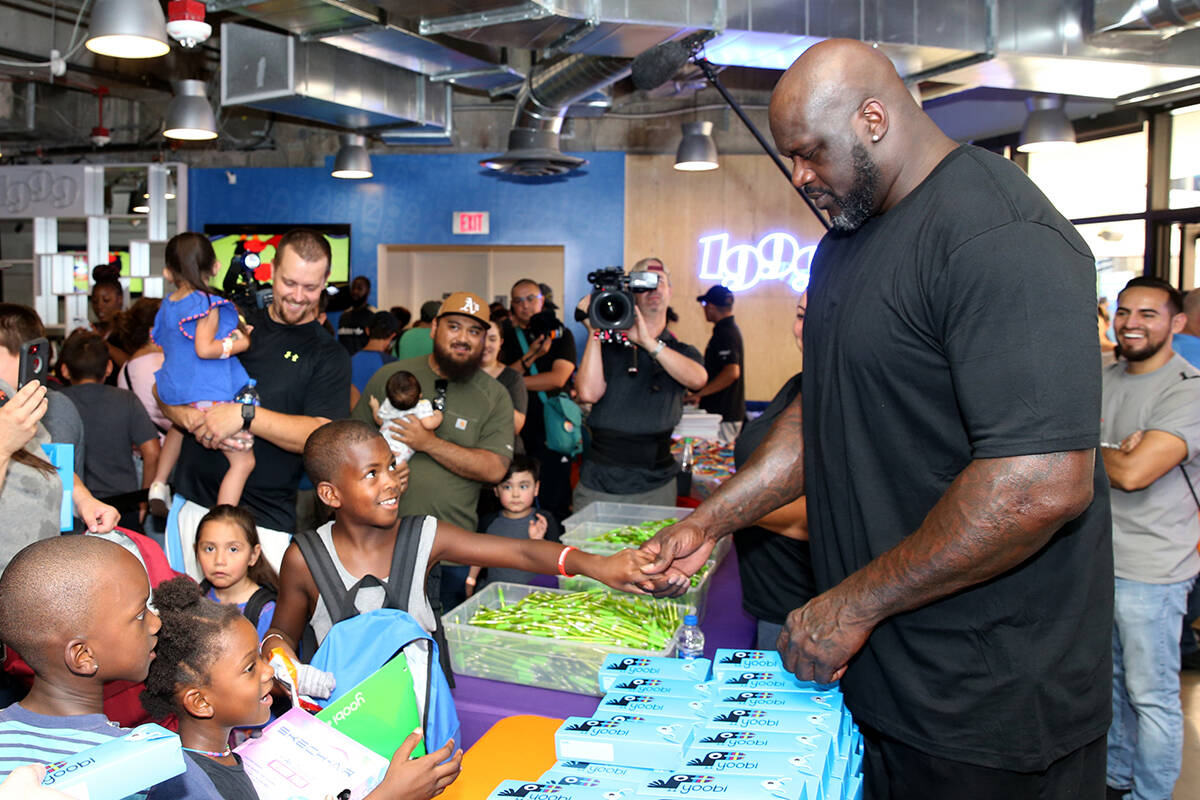 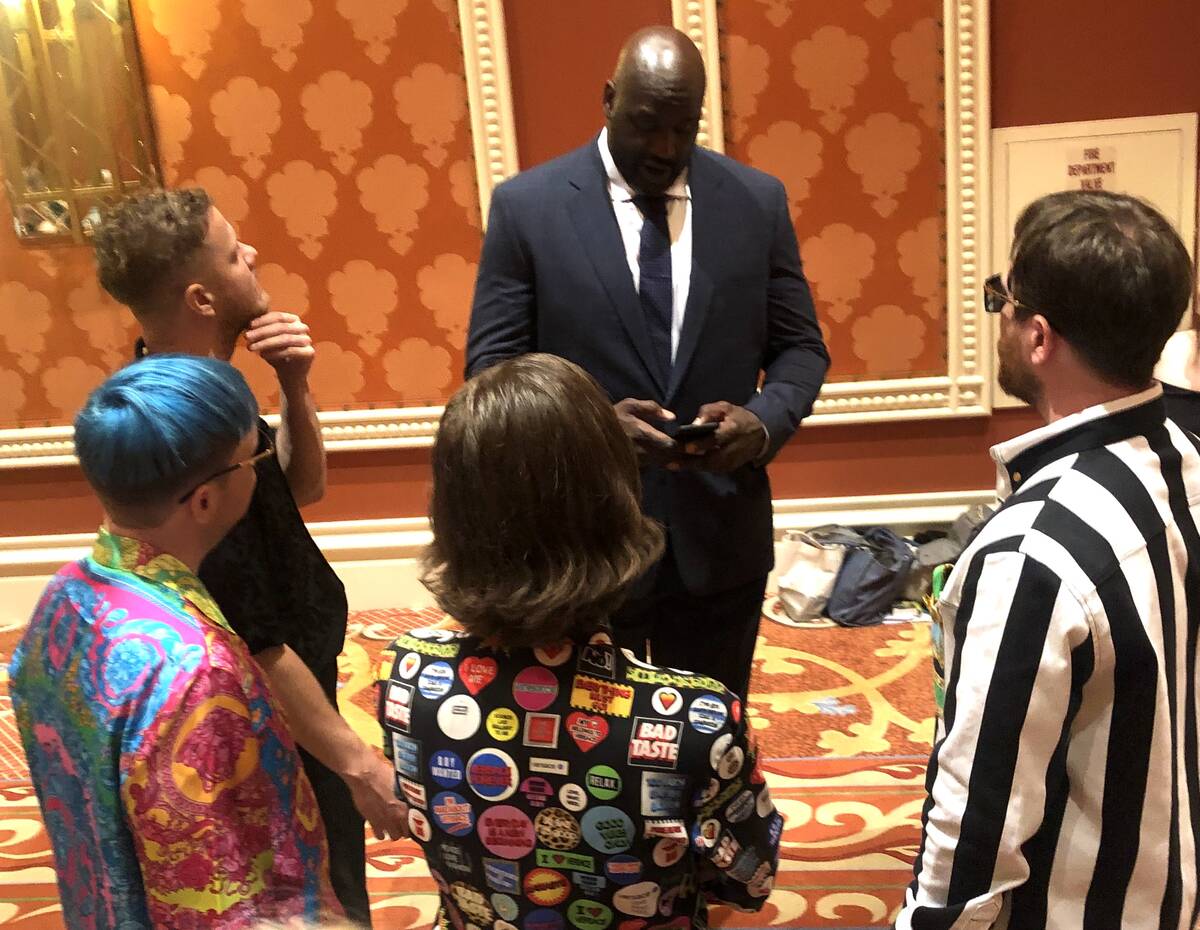 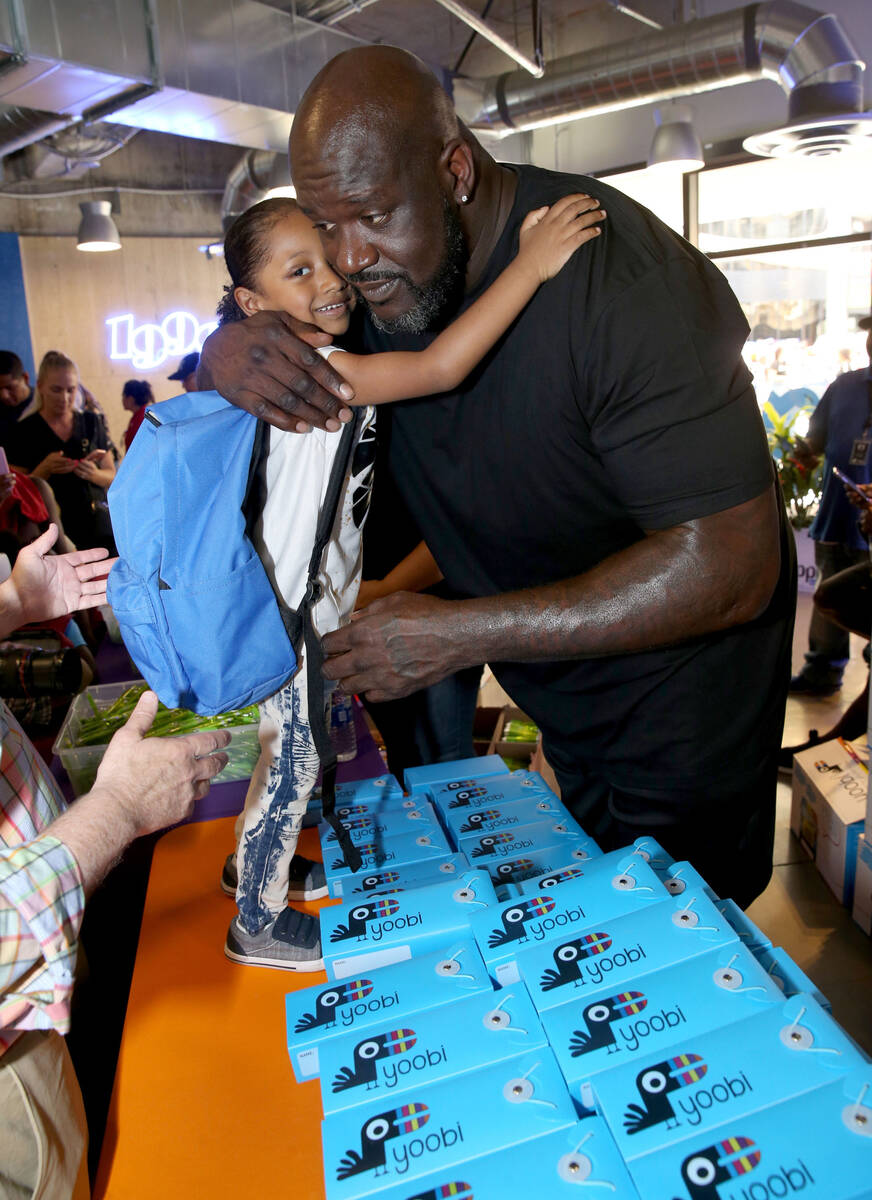 Borrowing a hoops term, a Shaquille O’Neal charity concert on the Strip has a solid starting five for “The Event,” Shaq’s first charity show in Vegas, set for 8:45 p.m. Saturday at the MGM Grand Garden.

Borrowing another hoops term, the event seems a slam dunk. Tickets are on sale beginning at $125 per seat at axs.com/ShaqEvent2021. Attendees are required to be fully vaccinated against COVID (at least 14 days since the final shot) and utilize the Clear Health Pass app for entry. The only exception is for children 11 and younger, who are required to wear a mask at all times.

O’Neal took time for a Zoom session in advance of Saturday’s show. The highlights:

Johnny Kats: Any big revelations now that you have organized your first major charity event in Las Vegas?

Shaquille O’Neal: Just matching people’s schedules up. They’re very busy. But they took time for them to grace us with their presence on Saturday.

Let’s just go down the list of celebrities. How did you get Justin Bieber and the others to be involved in the show.

I’ve known the Biebs for a long time, since he was a kid. He’s an adult now, a major star, and we keep in contact every now and then. I’m very good friends with his manager, Scooter Braun. Snoop Dogg is always at the Lakers games. He’s one of the celebrities who, when I wasn’t playing well, would let me know. Imagine Dragons, living here in Vegas, I met them and (vocalist) Dan Reynolds in an elevator and I sung a couple of his songs to him. I just met Kelly Clarkson the other day; we have many mutual friends.

Tell me about that elevator ride with Imagine Dragons.

It was at the Wynn hotel, one of their charity events that I went to. I said, “Aren’t you Dan? I love you!” We exchanged numbers.

I think I remember that night, the band’s TRF event, Tyler Robinson Foundation gala at Wynn Las Vegas, which you’ve been very supportive of as chairman. You’ve got a real symbiotic charity relationship with the band, right?

Oh, yeah. Definitely, yes, it is. What I like about Dan is he’s a family man. He’s not one of those superstar, crazy people that I’ve denounced myself from (laughs). He’s a really good man. I told him about the event, and he is going to oblige with three songs.

You’ve mentioned you might be doing some performing on Saturday, with Snoop? Is that still on?

If Snoop asks me to come onstage, I will. I’m not just going to just run up on Snoop’s stage. But if he asks me, I’ll join him.

Elaine Wynn is on your foundation’s board of directors. How was that friendship and partnership initiated?

I love Miss Wynn. I remember coming into Vegas at 20, 21 years old, and her and her husband took care of me and made sure I was OK. She was always so nice to me, and when she asked me to be on the board of Communities in Schools, I said of course. I would do anything for her.

Your philanthropy is related to children’s causes, here and in Atlanta. Was there a time in your childhood when a charity touched your life.

It was through my parents, watching my father do a lot of charity work. My father was a drill sergeant, and once every couple of months he’d go to all his troops in all the barracks and take the stuff that they didn’t need. We’d fill bags and take them in U-Haul trucks to the Salvation Army. We would hand them out to kids. It might have been old stuff to certain people, but I can remember the looks on children’s and parents’ faces. “Oh, gosh, thank you.” I always loved helping people out.

You were involved in the Boys &Girls Club as a kid?

That was my safe haven growing up. My parents didn’t have money to hire a babysitter, so I stayed with the Boys &Girls Club. That’s where I cultivated the character known as Shaq. I wasn’t good at school, wasn’t good at studying, but I was in the music room, thinking I was a rapper. I was in the gym, thinking I was a great basketball player, and all those dreams came true.

Las Vegas is a very advanced sports city now. You live here, and we have talked about this before, but what do you think today of the city’s chances at getting an NBA team, and would you ever be willing to invest in a franchise?

I probably wouldn’t be able to invest in a team. I am now involved in WynnBet (Wynn Las Vegas’ sports betting app), which is why I had to sell my stake in the Sacramento Kings. But Vegas is definitely ready to handle a team. I’ve been hearing rumors about this for years, but I think within 10 years, we will definitely have a team in Vegas.