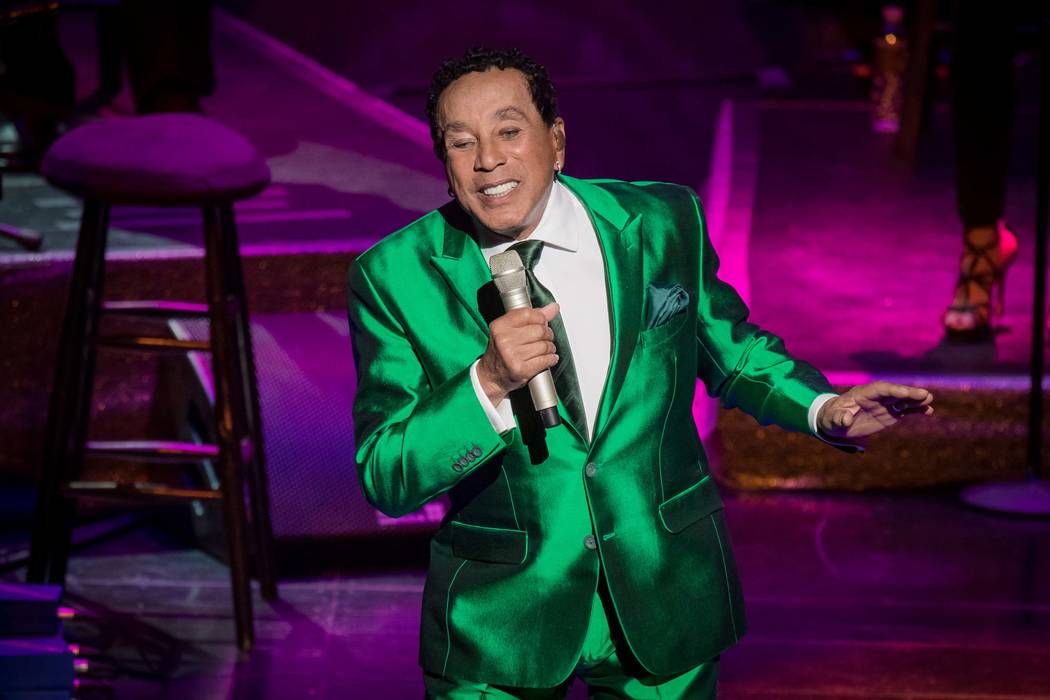 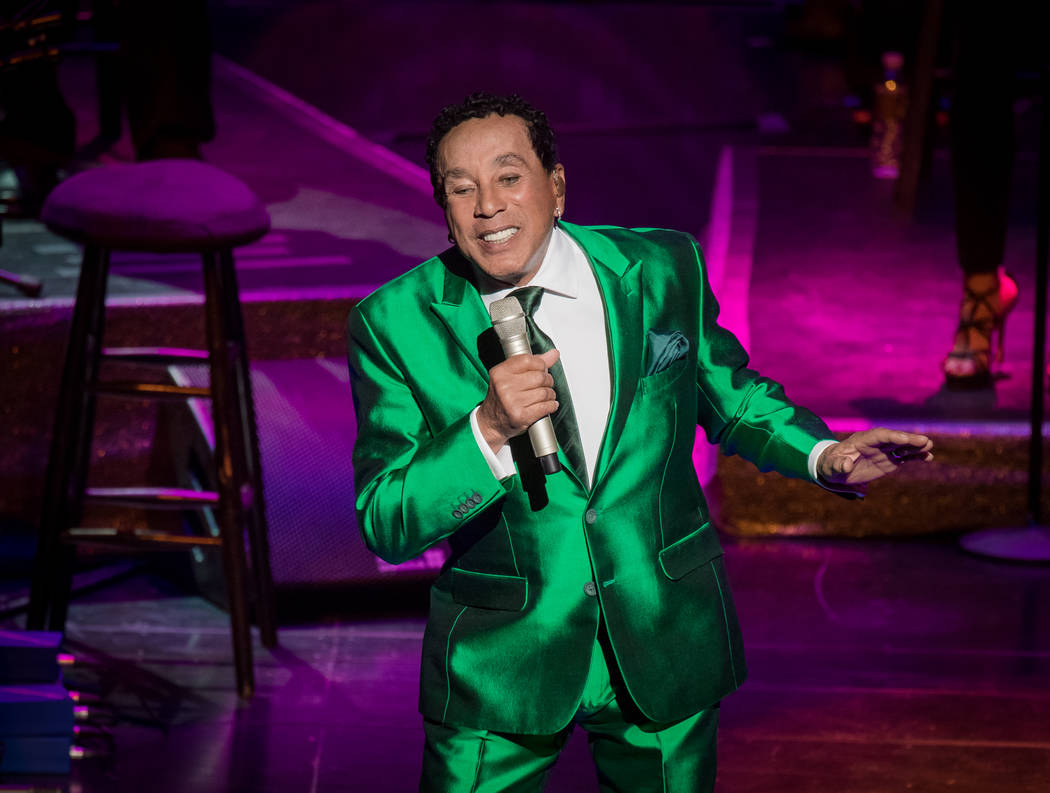 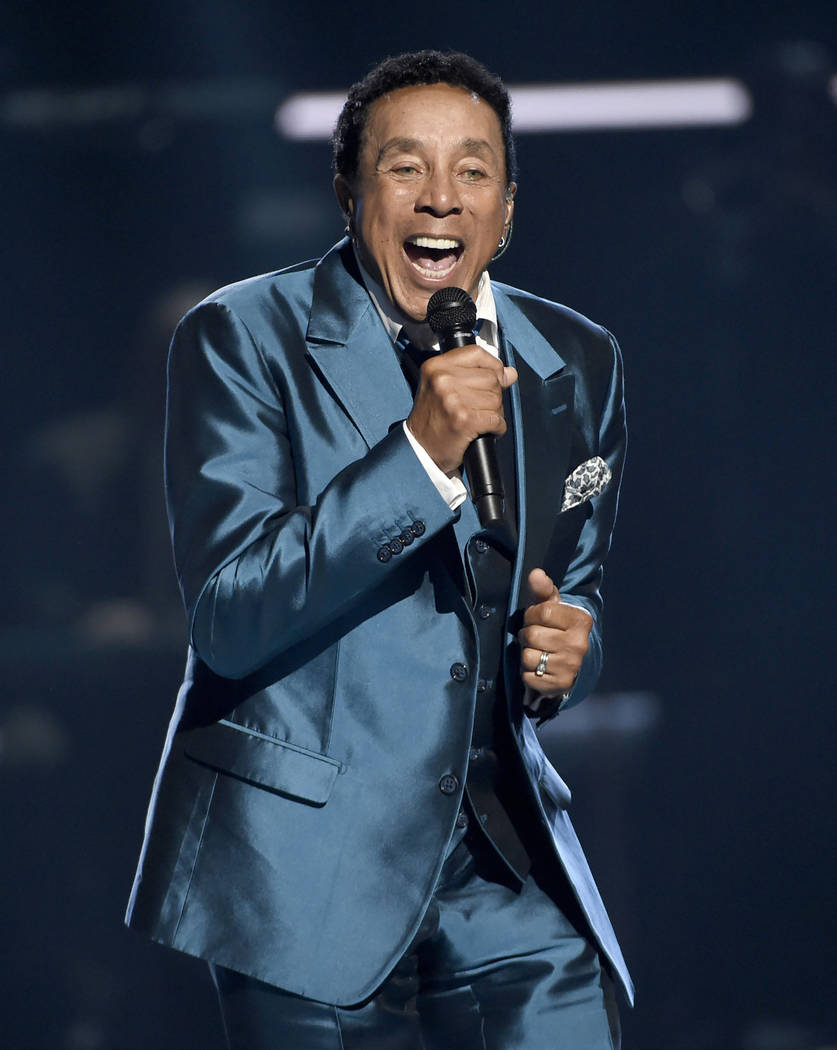 In this June 28, 2015, file photo, Smokey Robinson performs at the BET Awards in Los Angeles. Robinson has been honored by the Library of Congress with the Gershwin Prize for Popular Song. The national library announced Tuesday, July 5, 2016, that Robinson will receive the award this year. (Photo by Chris Pizzello/Invision/AP) 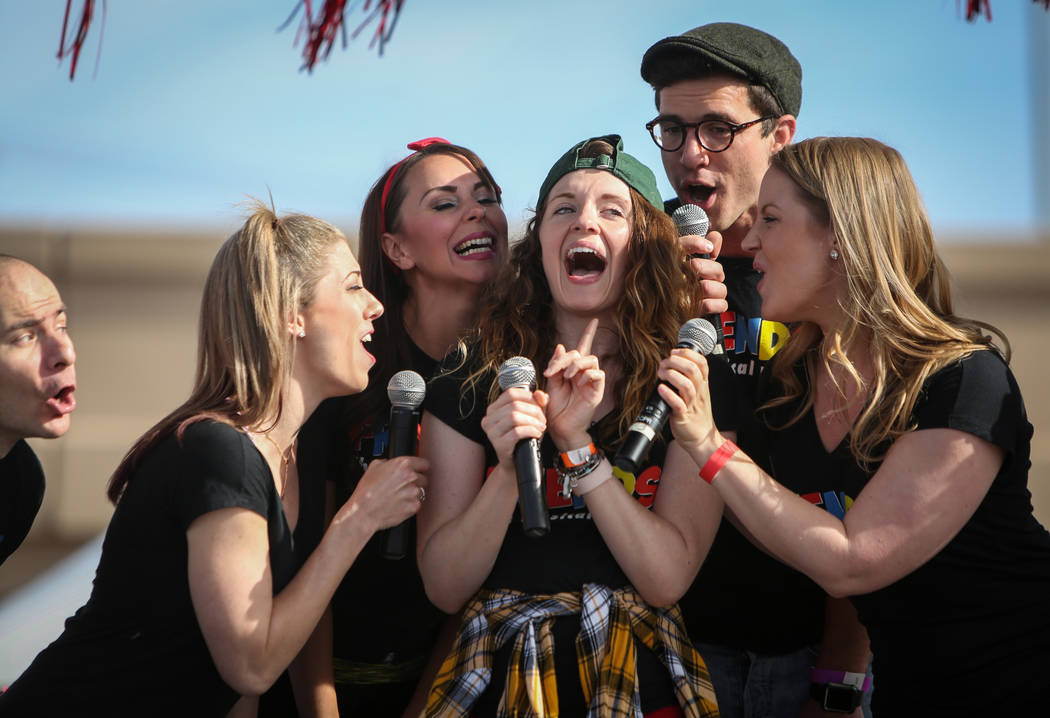 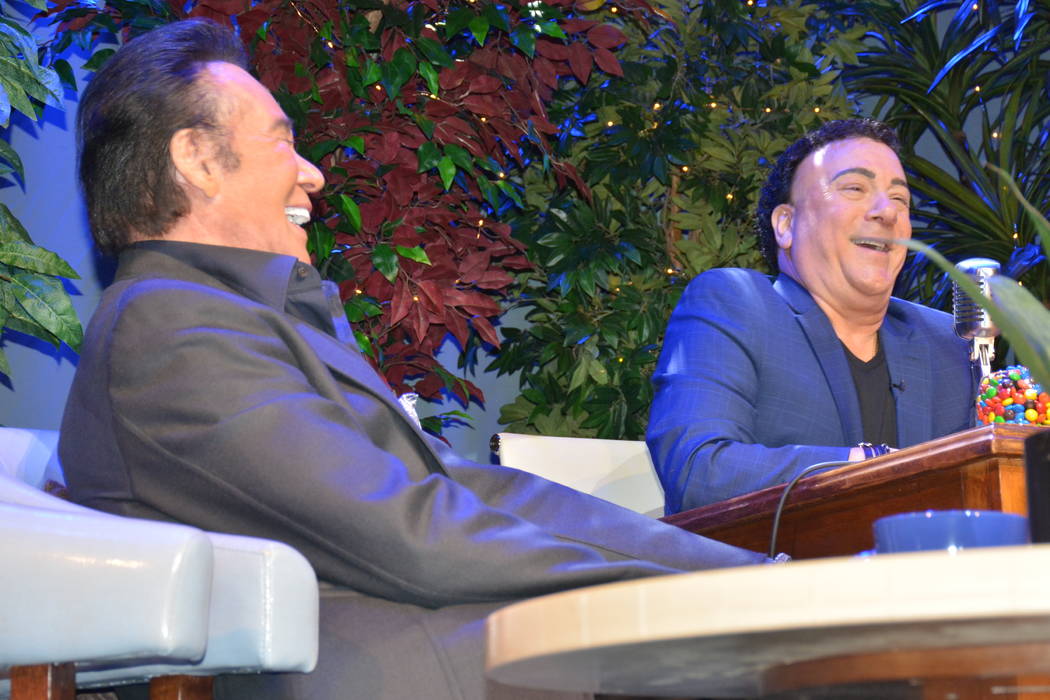 Wayne Newton and Frankie Scinta are shown during a taping of the pilot for "Here's Vegas" at Mosaic Theater & Lounge on Monday, Sept. 16, 2019. (Nancy Hawthorne) 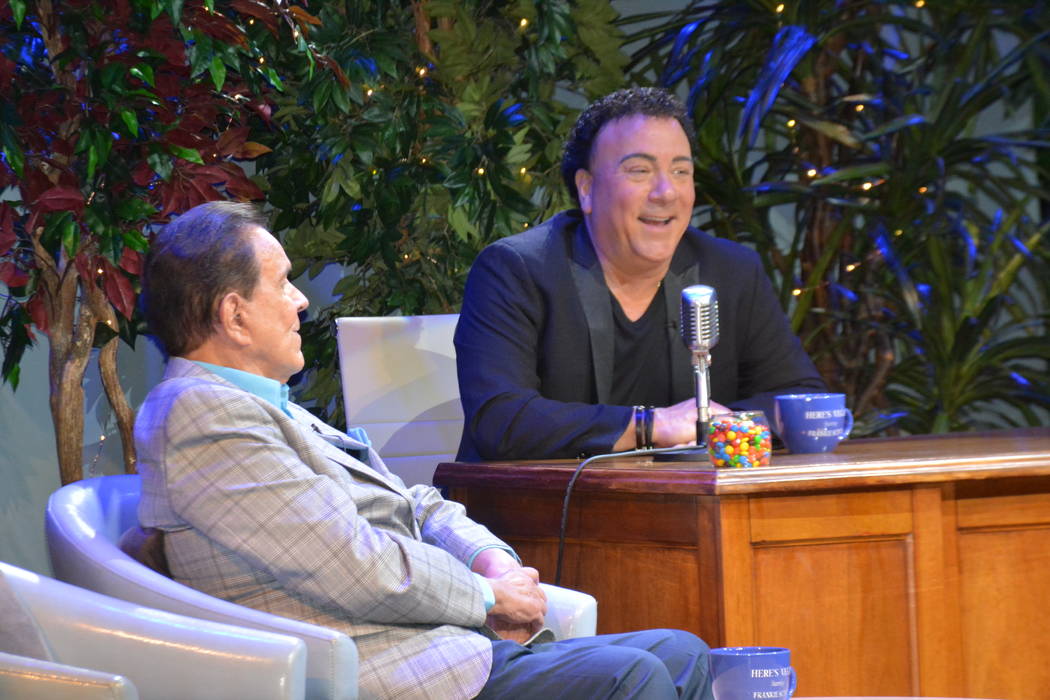 Rich Little and Frankie Scinta are shown during a taping of the pilot for "Here's Vegas" at Mosaic Theater & Lounge on Monday, Sept. 16, 2019. (Nancy Hawthorne)

But as a singer, Robinson has hit the proverbial grand slam, still performing and packing venues across the country. He’s back at Encore Theater at Wynn Las Vegas on Friday and Saturday nights. At age 79, Robinson still finds joy in performing his long list of hits for a live audience.

Robinson laughs off a question about what will be in his set list during his latest appearance on the Strip.

“There are so many songs people want to hear, I can’t possibly sing them all,” he says. “We sing the old stuff, the news stuff, and the in-between stuff.”

Robinson has performed such enduring classics as “I Second That Emotion,” ‘You’ve Really Got a Hold on Me,” “The Tears of a Clown” and “Tracks of My Tears” in recent performances.

Robinson remains a music fan, closely following contemporary artists — including resident headliners in Las Vegas, where he has a home.

“Unlike a lot of people, I dont’t think all the music coming out today is negative or bad just because young people are doing it,” he says. “There are people out there making some great music. My favorite person out there, in the overall picture of it, is Bruno Mars. He’s the man right now, as far as I’m concerned. I call him Michael Brown — Michael Jackson and James Brown, you know what I mean?”

Sure do. Mars might be the man now, but no question he owes a debt to Smokey Robinson, who ditched baseball but is still on a hit streak.

Longtime Las Vegas showman Frankie Scinta hosted a talk show — no, rather, four talk shows — on Monday at Mosaic Theater & Lounge on the Strip. That’s the former Tommy Wind Theater, and before that, Boulevard Theater, and before that, Empire Ballroom on the Strip. This is the entertainment venue across from Park MGM. Or, walk toward the alley behind Walgreens and keep walking. It’s right there.

Anyway, Scinta is working on a pilot for MeTV, which buys time on TV channels across the country. “Here’s Vegas Starring Frankie Scinta” is presented as a 30-minute show with a big-name guest, and Scinta sat with Wayne Newton, Rich Little, Lance Burton and George Wallace. He was joined by longtime “Honorary Scinta” and drumming great Pete O’Donnell and the Here’s Vegas Band.

The show is directed by the Las Vegas tandem of Nancy Hawthorne and Gary Anderson in their Vegas Oasis production company. The format is similar to the old “Tonight Show Starring Johnny Carson,” and the show can be re-cut as two hourlong pilots, or the four individual shows. Whatever works, says the host.

“I’m interested in a show from Las Vegas that talks about Las Vegas,” Scinta says. “We’re not going to do anything political and start bashing people. We want to have celebrities on, talk to them, and entertain people.”

There is no time line for the shows, still being edited, to be reviewed by MeTV reps.

“I’m never the guy who says, ‘This is it! The big thing!’ ” Scinta says. “Let’s just say I’m cautiously optimistic.”

The Key to LiB

Major tease to a major, unbilled guest at The Black Keys set at Life is Beautiful on Saturday night. Prepare for some intense, epic action.

The brand has survived even as its original hotel has not. O’Sheas, today a bustling bar with live music and gambling at Linq Promenade, celebrates its 30th birthday on Sept. 28. Give a nod to Brian Thomas, aka Lucky the Leprechaun, who has spent 15 years in that role. He was hired part-time as Lucky in 2004, and brought in, full-time, in 2006.

@rupaulofficial thank you so much for coming to the show last night!! Wishing you the best of luck taking over @flamingovegas in 2020 with #RuPaulsDragRace! 💃🏻

“Friends! The Musical Parody” is moving to seven nights a week beginning Sept. 24. This is in line with the 25th anniversary of “Friends,” the sitcom. Show times are 8:38 p.m. Producer John Bentham says the unusual start time is to be “quirky.” That number happens to be an area code in New York state …

Going plural with this CHA installment: Column fave Rockie Brown is onstage with Velvet Elvis at the Lounge at Excalibur from 9 p.m. to 1 a.m. Friday, on Fremont Street from 2 p.m. to 5 p.m. Saturday, again at ExCal from 9 p.m. to 1 a.m. Saturday, and with Mr. $ Mrs. Smith at Harrah’s Carnaval Court from 8 p.m. to 12:30 a.m. ALL of these shows are no-cover charge; get there and groove.